The Engineers continue their playoff journey as they defeated Endicott College 20‒14. They are set to take on the Cortland Red Dragons in the second round of the NCAA tournament. 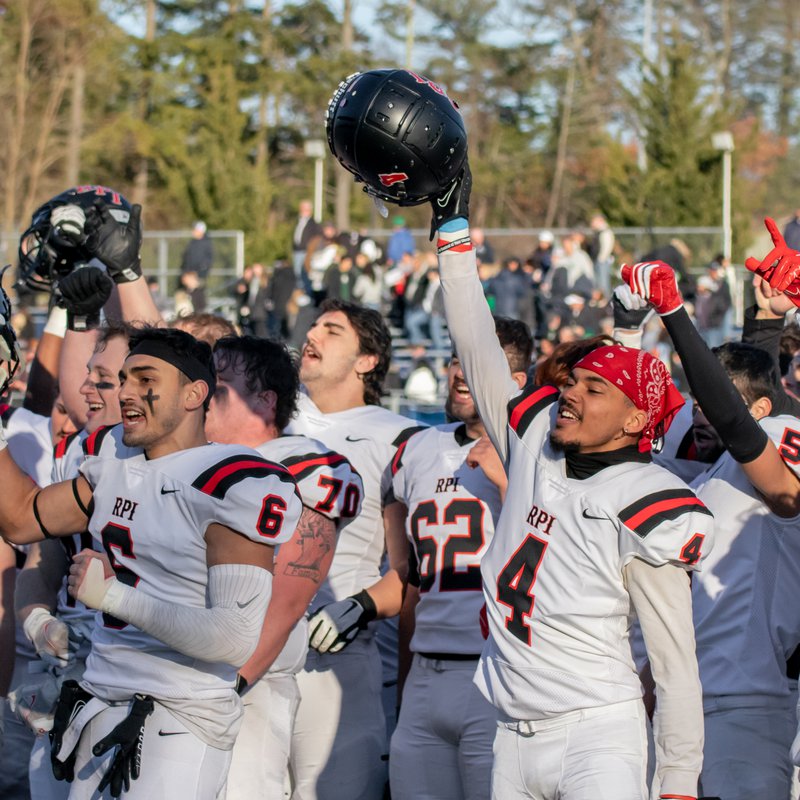 Martin A. Schmidt named next president of the Institute

Martin A. Schmidt ’81 has been named the 19th president of Rensselaer Polytechnic Institute. Schmidt will assume his position as president from July 1, 2022, succeeding President Shirley Ann Jackson after her 23-year tenure at RPI. Schmidt currently serves as the provost at the Massachusetts Institute of Technology. 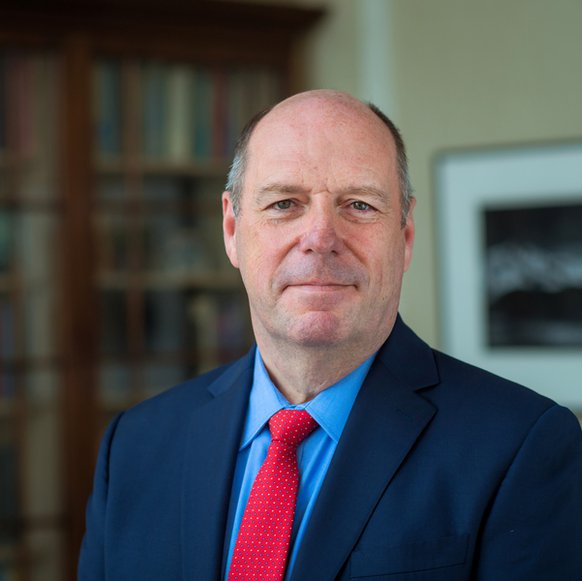 The predatory Engineers' power play drew blood as they netted three goals in a 7‒2 victory over the Long Island University Sharks, with ECAC Rookie of the Week John Beaton ’24 scoring the first two goals of his collegiate career. The Engineers’ record now stands at 6‒5‒2. 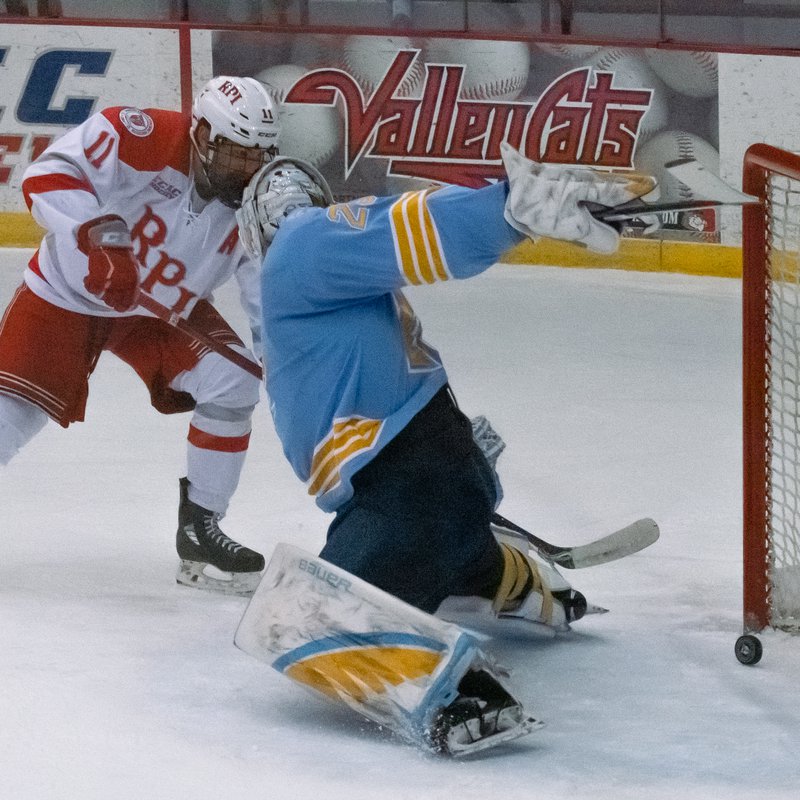 The Union Executive Board revoked the Union membership of a student for violating the Rensselaer Union’s COVID-19 policies. The student, who is currently on their away semester, had been attending various in-person student government meetings and events in violation of the Union’s policy restricting entrance to Union facilities to Rensselaer Community members with campus access.

The Student Senate held a presentation to improve late-night dining. A motion was passed to make immediate changes, including collecting student feedback, creating a list of meals for dining staff to make, and investigating changes into U-Cook and Father's Marketplace.

John Reed (Gr) and Nia Goddard '23 earned Liberty League Performer of the Week as a result of their performance during the NCAA Division III Mideast Cross Country Regional meet. Six Engineers on the Men's team, including Reed, received All-Region honors. 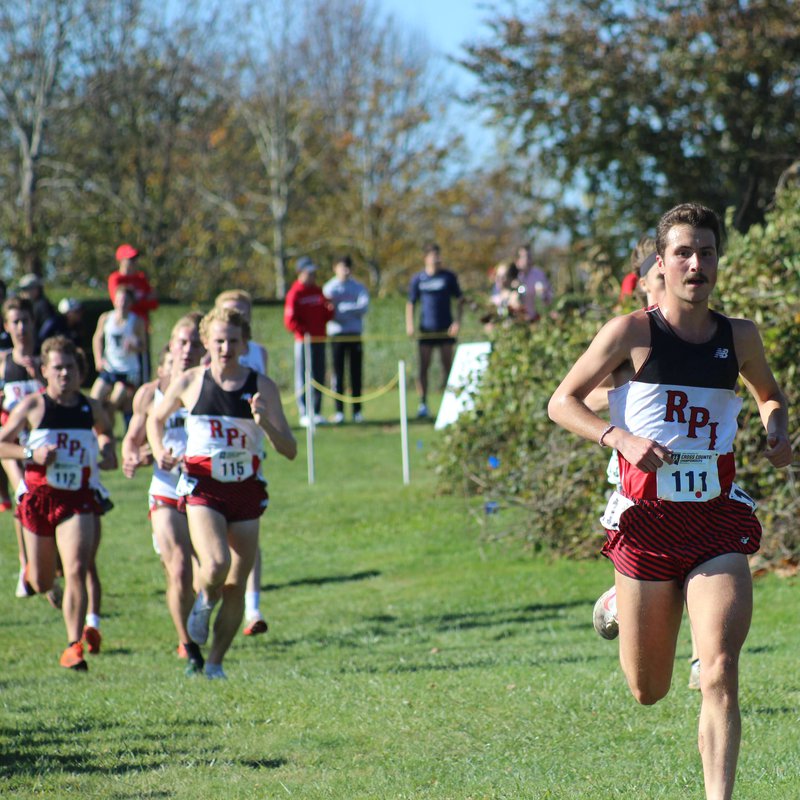 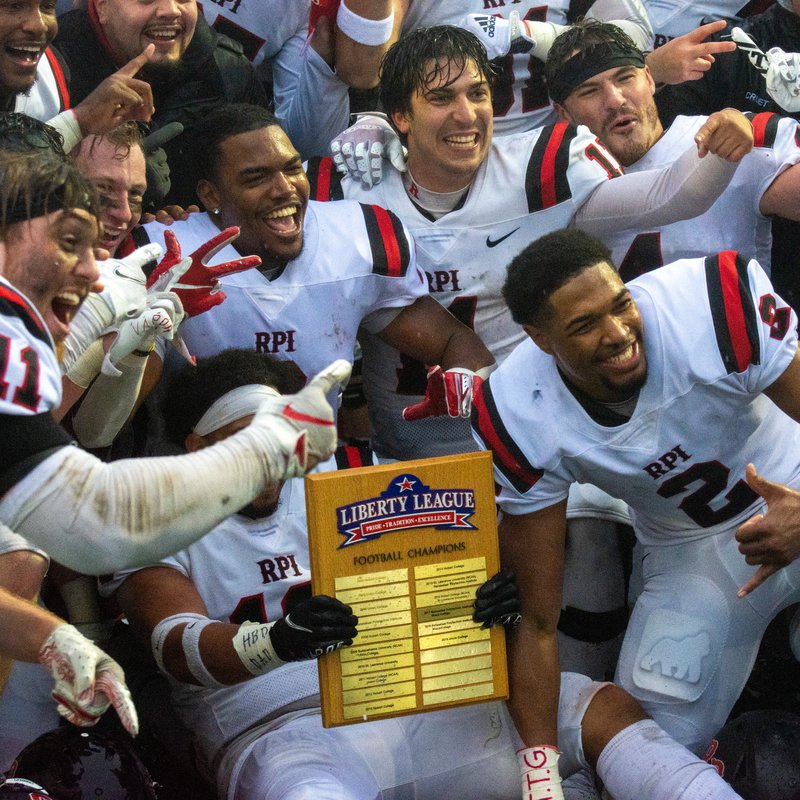 On Thursday, the Union Executive Board approved the Positive Psychology Club as a Union-recognized club, effective immediately. The Caribbean Student Association will become Union-recognized upon approval of a starter constitution by the Club Operations Committee. 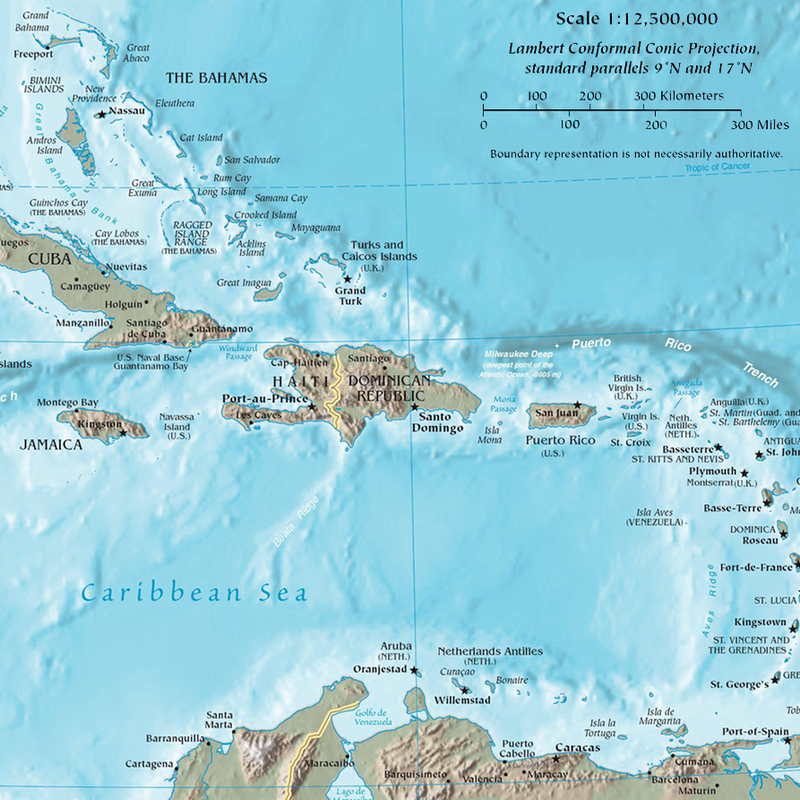 The Union Executive Board unanimously approved RPI Chess Club as a Union-funded club. The approval happened over a year after the group initially gained Union recognition. 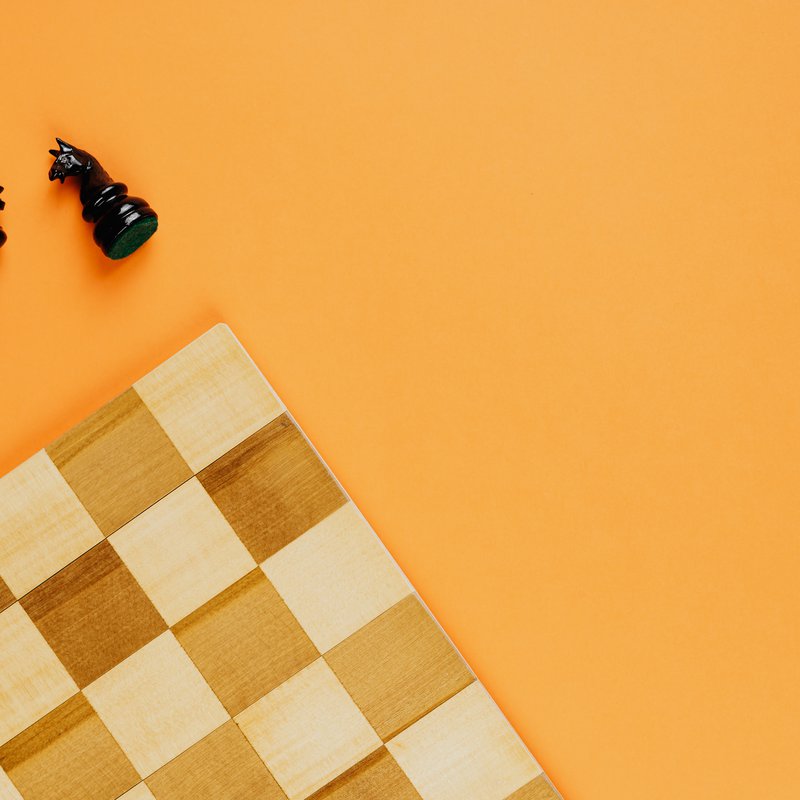 BSA "Busts it Down" and talks identity in October

Rensselaer’s Black Student Alliance had a busy October, from organizing general body meetings, to creating a new event called the Bust It Down Battle. This month so far, BSA celebrated Black Solidarity Day and held a Black-Owned Success Series event. 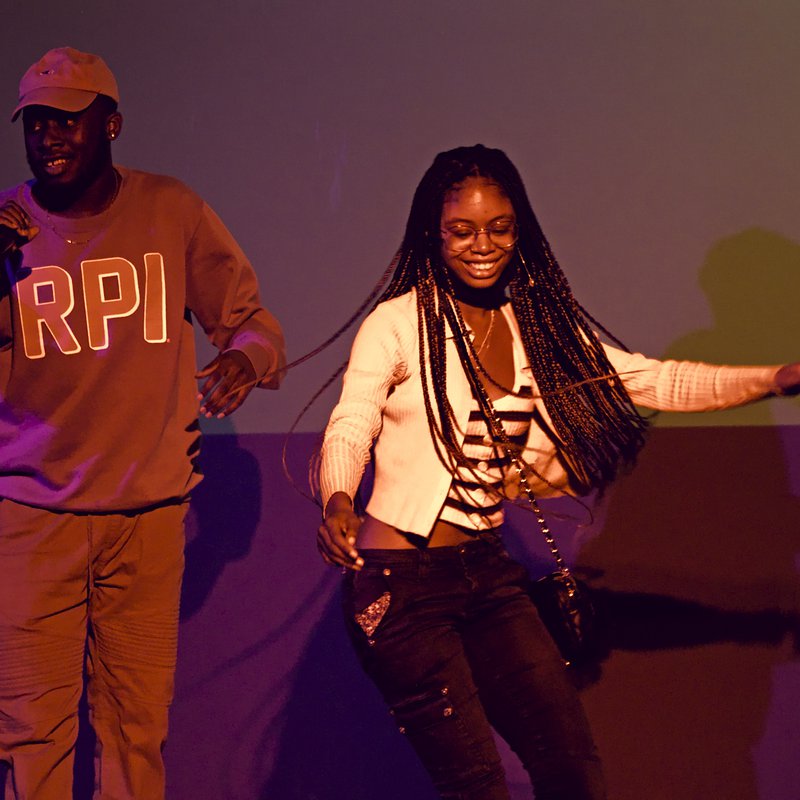 Despite the hiatus caused by the pandemic, the RPI Players still deliver with Clue—an infamous mystery story that’s been adapted into countless movies, shows, plays, and a myriad of board games since its inception. 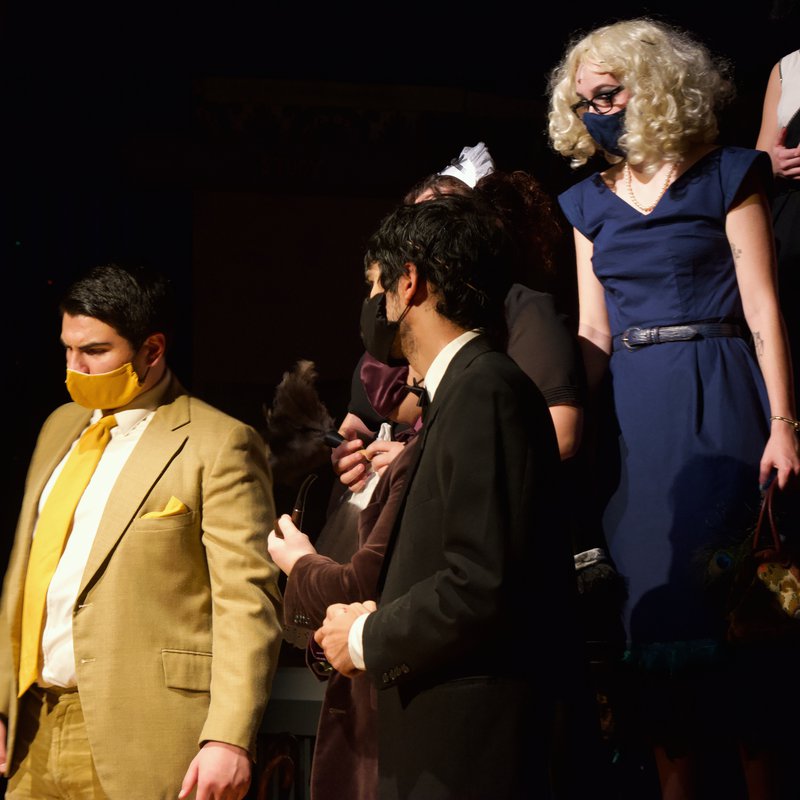 The last few New England Patriots seasons have been tough to watch for their fans, especially since they got used to the 20-year dynasty with quarterback Tom Brady at the helm. Contributing Editor and Patriots fan Shardul Joshi ’23 recounts the last few seasons for the team and discusses what this season’s performance indicates for the future. 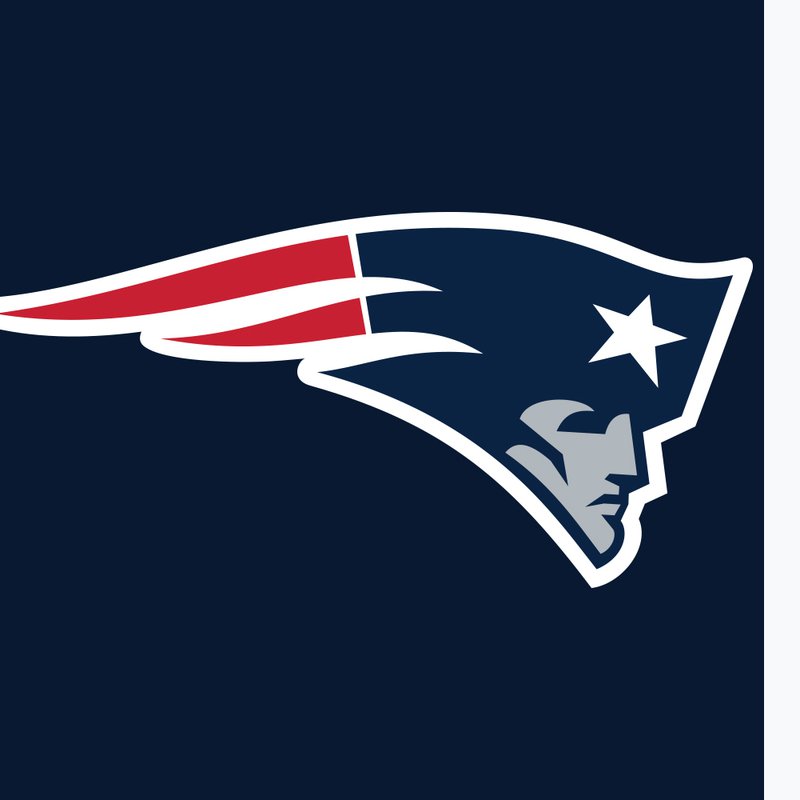 Riaz Rao was appointed to serve as Union Annual Report chairperson and Executive Board liaison, adding on to his current role as Senate parliamentarian.

The Engineers scored two goals in the third period to defeat the Clarkson Golden Knights 3‒1. The Engineers are now 5‒3‒1 in the regular season and 3‒1‒0 in the ECAC. 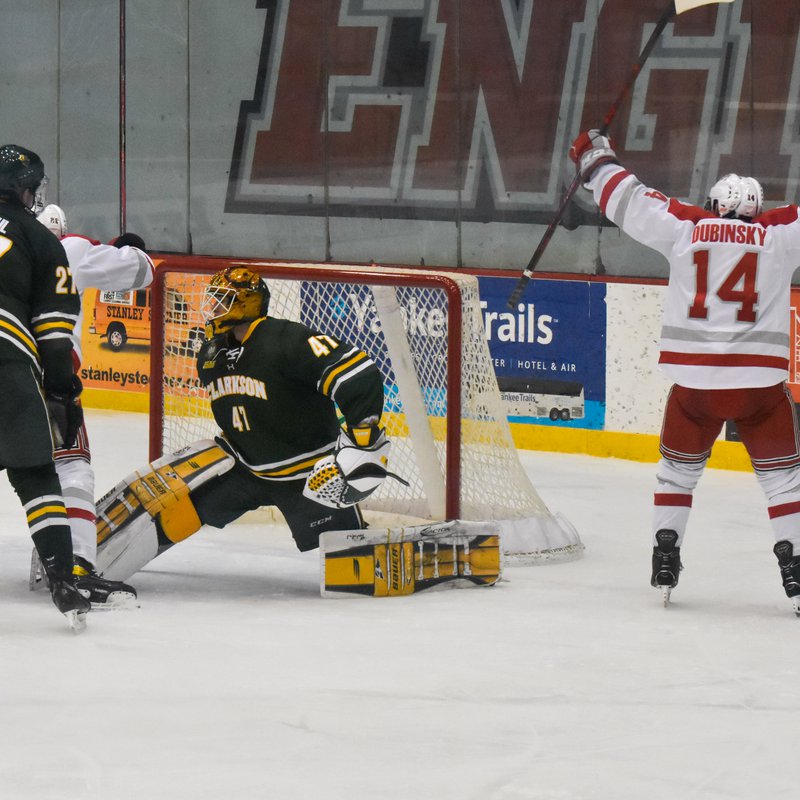 This weekend the Engineers faced off against the Saint Lawrence Saints in the Liberty League semifinals, losing 2‒0. Both Raphael Zoccolaro and Robert Reynolds scored for the Saints in the second half, winning the game. The Saints would go on to win the championship game against Ithaca College. 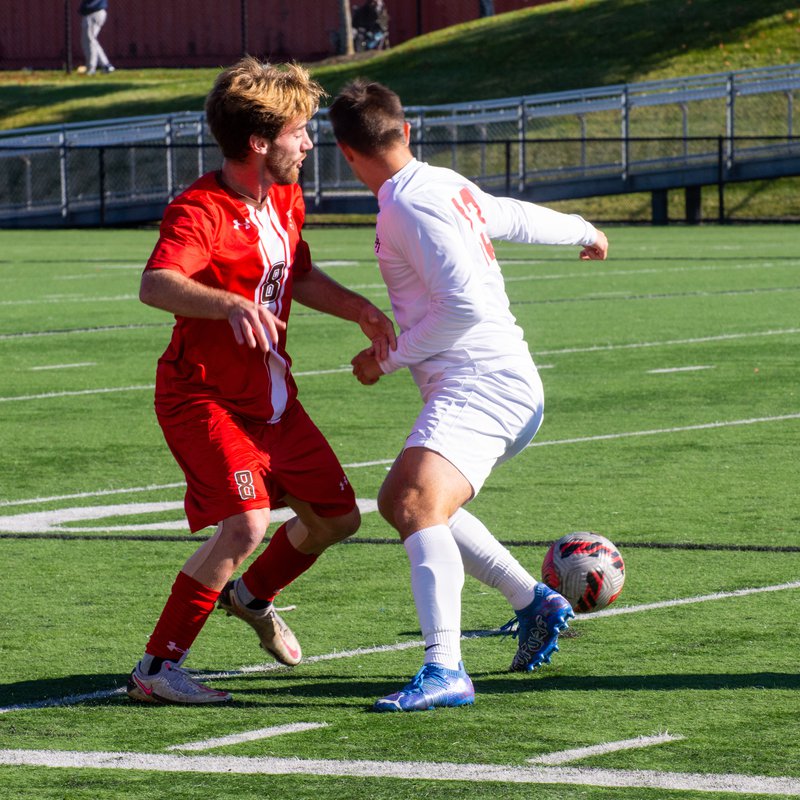 This week, the Executive Board approved a reallocation of funds for the Rensselaer Music Association to purchase new instrument covers, approved Club Volleyball’s outdoor games, and elected Faizah Rabbye ’23 secretary of the Board for the Fall semester.

Appointments for the Hospitality and Services Committee, member-at-large, and representative positions were approved within the Student Senate and Executive Board on Tuesday.

The Ithaca Bombers missed a game-tying field goal with 34.1 seconds remaining to give the Engineers a 14‒11 victory. The win increased Rensselaer’s season record to 7‒1 and their league record to 3‒1, setting up a close race for the Liberty League championship title. 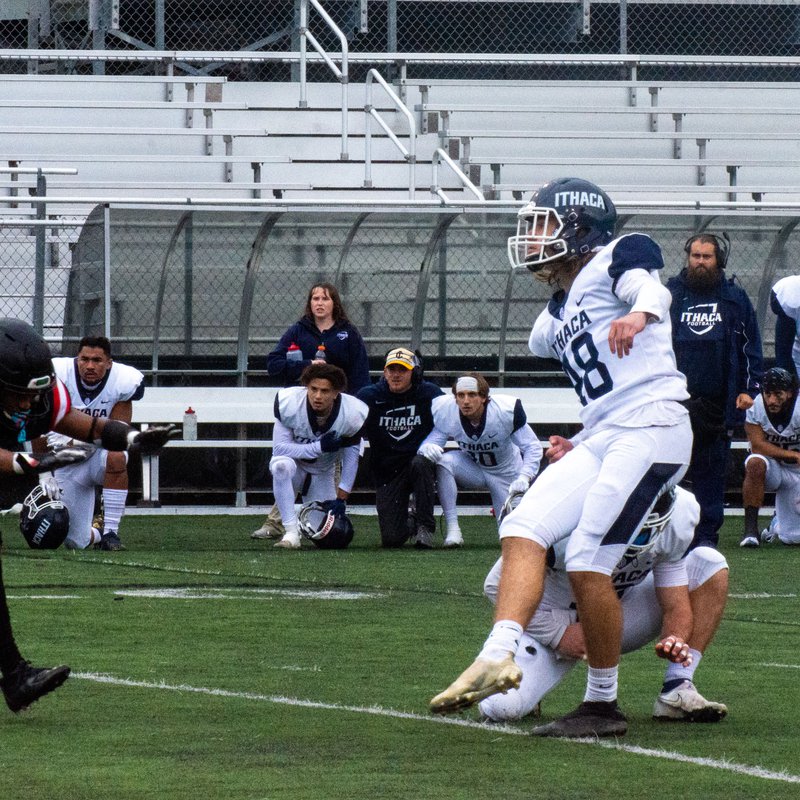 The Engineers finished top of the Liberty League and are set to host the semifinal and championship games. Rensselaer will play St. Lawrence University on Saturday at 11 am at the East Campus Athletic Village Stadium. 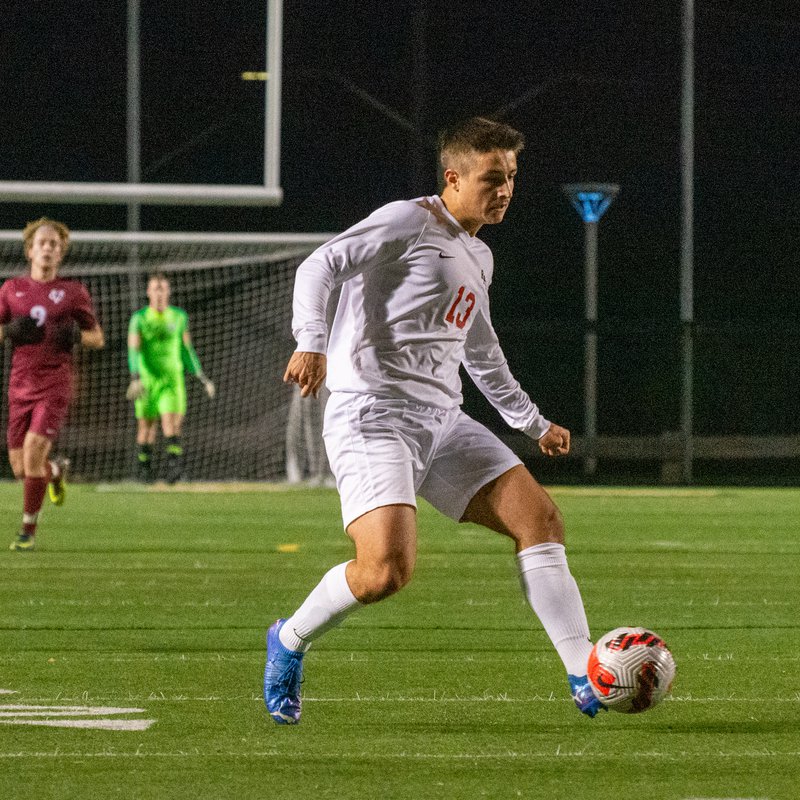 Dutchmen blackout at the Field House

The Engineers defeated rival Union College 3‒0 in the annual “blackout” game at the Houston Field House. The win completes the season-long sweep over Union and brings RPI’s season record to 4‒2‒1. 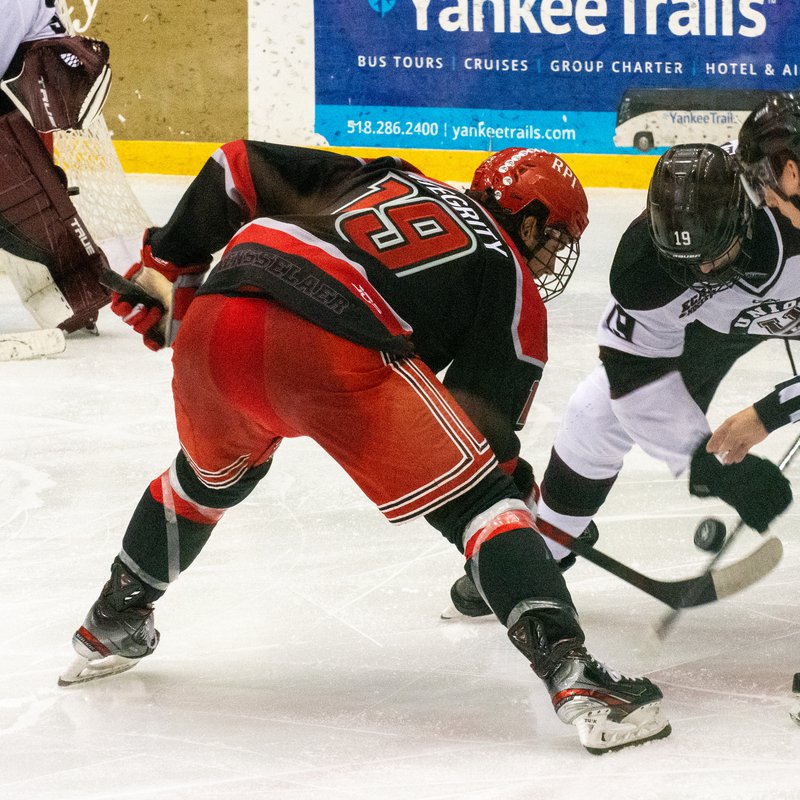 With Spring semester course registration right around the corner, many RPI students are trying to put together their course schedules. A popular scheduling tool among RPI students is QuACS, the Questionably Accurate Course Scheduler. To get a better understanding of QuACS, The Polytechnic interviewed the QuACS team. 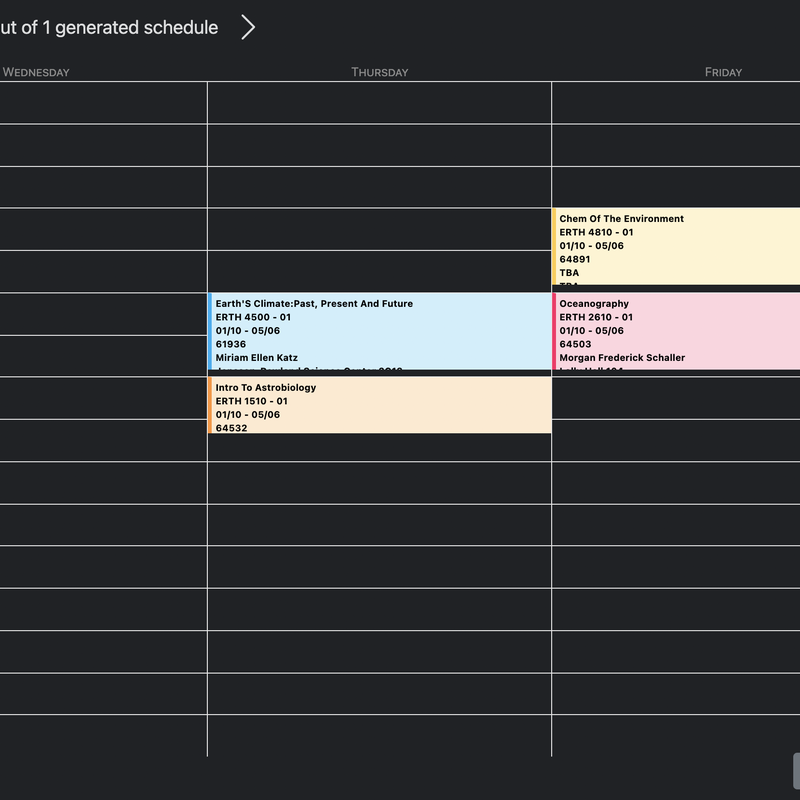 Imagine a circuit designer wants to verify the accuracy of a specific computation before it goes into production. Then, suppose a college is trying to find the best way to schedule all their exams. On the surface, the problems seem pretty different, but the two are both instances of the same problem: SAT, or Boolean satisfiability. Copy Editor Dylan Sheils ’24 explores the algorithmic development of SAT solvers. 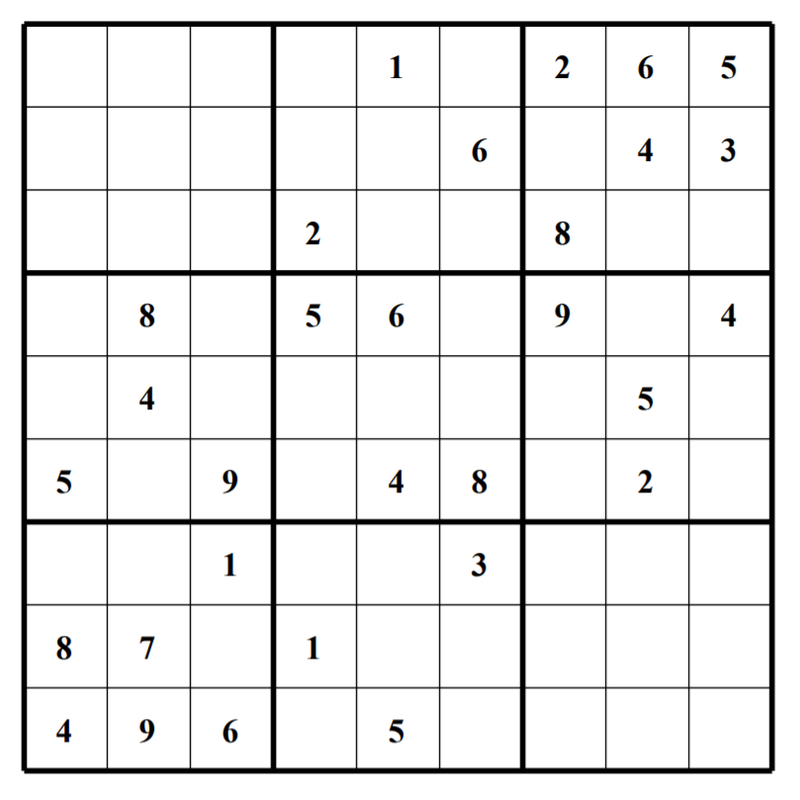 The Union Executive Board unanimously approved the appointment of Minh Nguyen ’22 as Marketing and Strategy Committee Chair. The position focuses on branding, marketing, and promoting events for the Rensselaer Union.

By The Polytechnic Editorial Staff November 2, 2021

Are you looking to spice up your playlist? Don't worry, The Poly's got you covered. Check out our Fall 2021 recommendations below, featuring music from Adele to Modest Mouse. 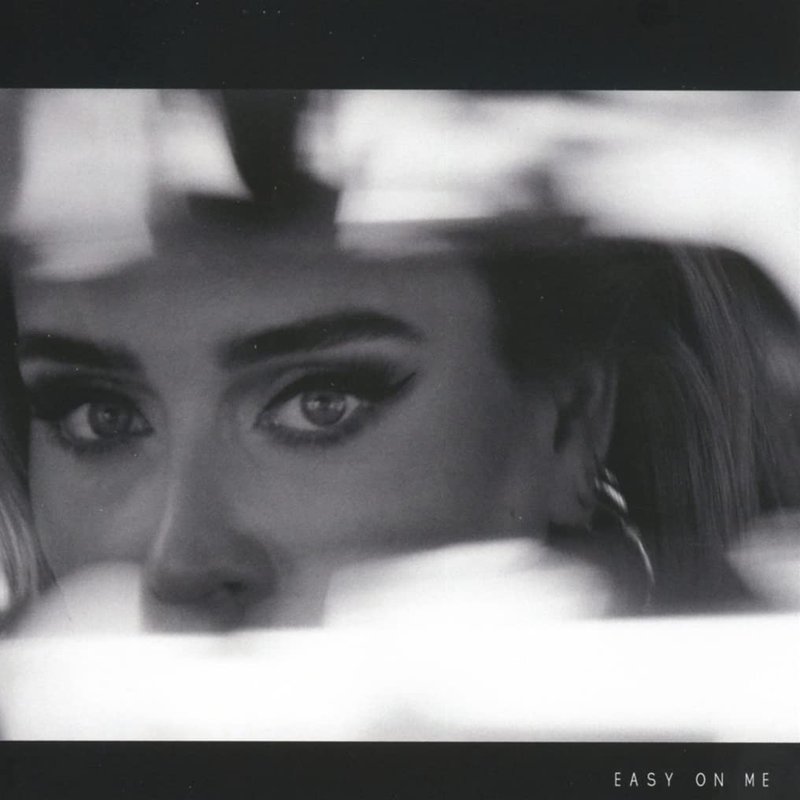