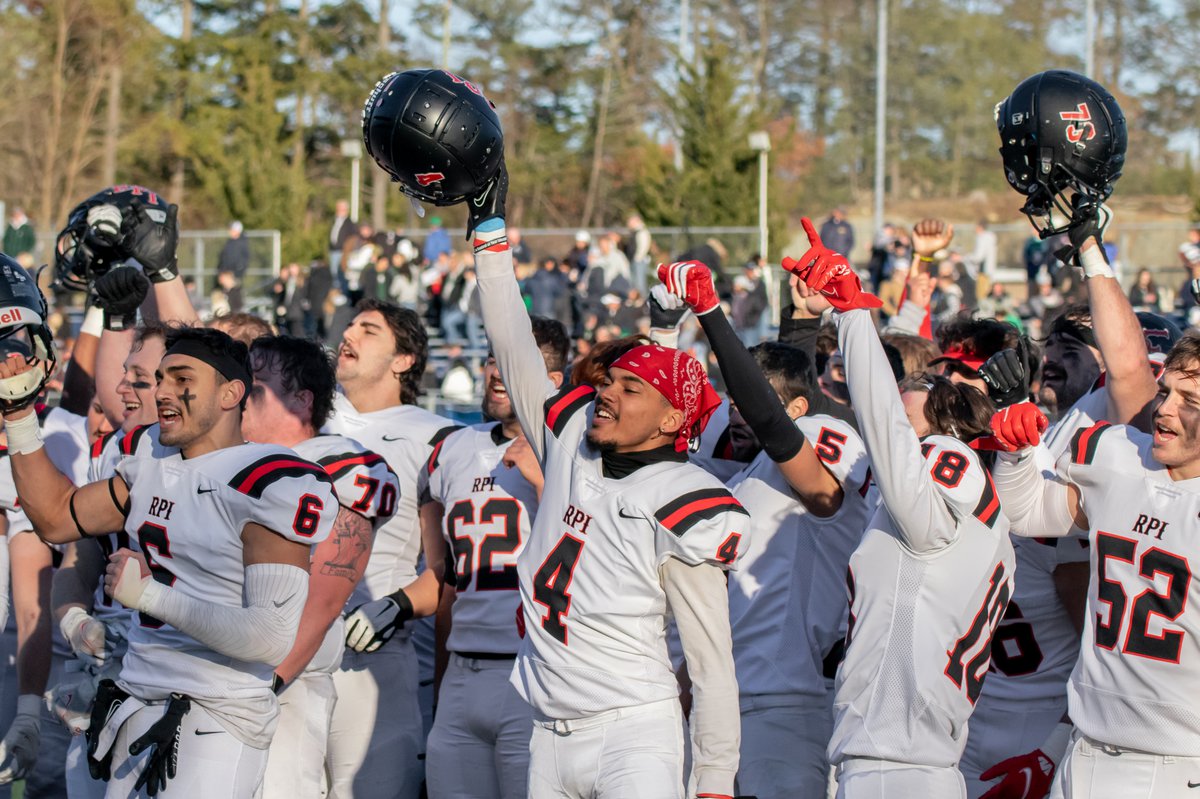 Rensselaer traveled to Endicott College to take on the Gulls in the first round of the NCAA tournament. Leading up to the game, the Engineers took a trip to Gillette Stadium, the home of the New England Patriots. They were met by Patriots Senior Football Advisor Matt Patricia ’96, a former player and graduate assistant coach for the Engineers. Patricia would travel up to Beverly to be one of the 2,500 in attendance at Hempstead Stadium.

It was a tough start for the Engineers as they went three-and-out on their first two possessions with the Gulls sacking quarterback George Marinopoulos (Gr) on each. Luckily for RPI, their pass defense was strong enough to hold Endicott to three-and-outs on their first two drives as well. The following Engineer drive saw three receptions for over ten yards as well as 36 rushing yards for running back Dylan Burnett ’22. After Burnett earned RPI a first down at the Endicott 15-yard line, Marinopoulos lobbed a pass into the back right corner of the end zone intended for receiver Vinnie McDonald (Gr). McDonald made the over-the-shoulder catch and stepped both feet in bounds to put the Engineers up 7‒0 with about two minutes left in the first quarter. The Gulls went three-and-out yet again and would punt to begin the second quarter. 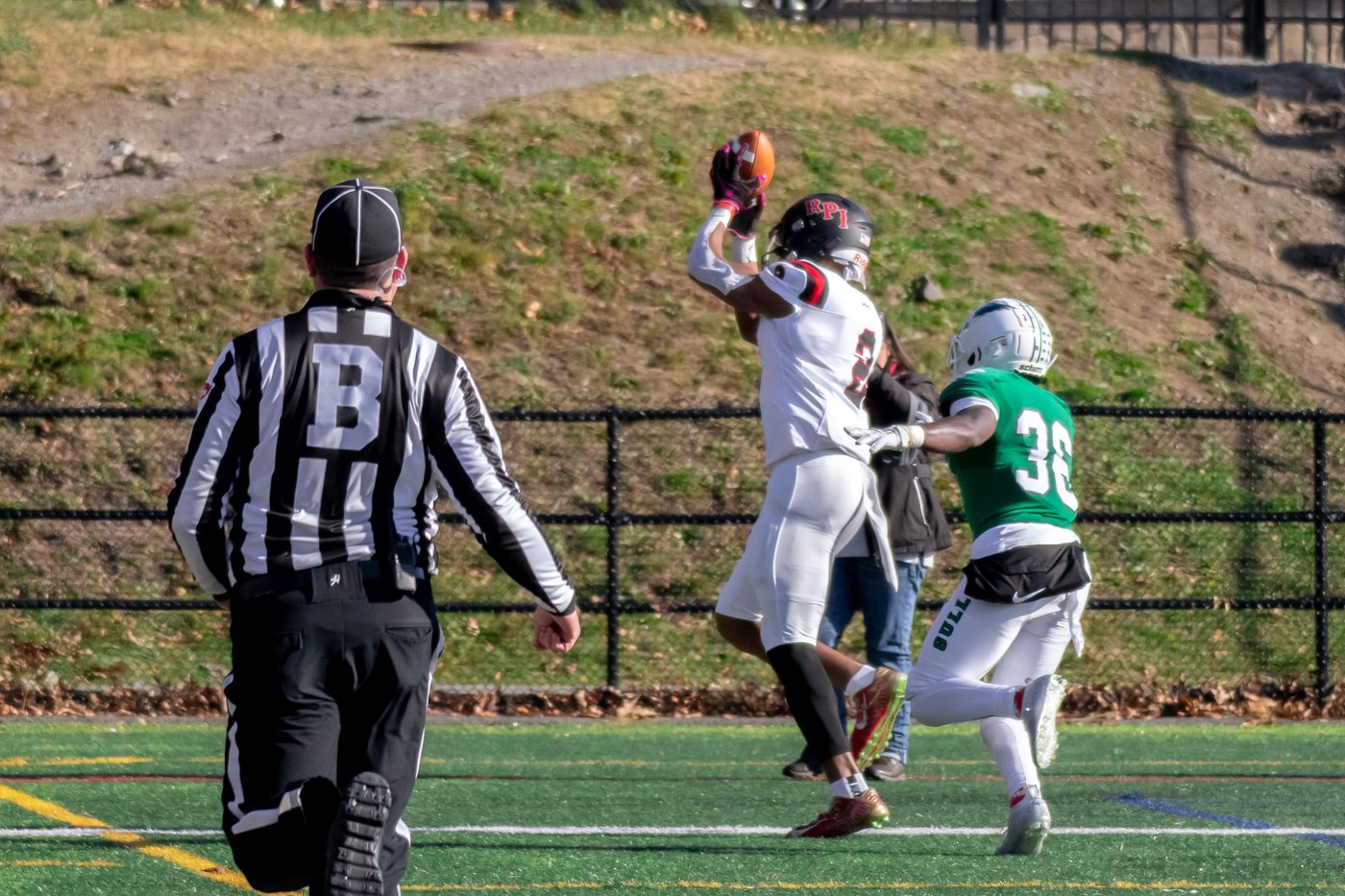 The Engineers began their next drive in their own territory, but an impressive 37-yard reception by McDonald brought them to within ten yards of the red zone. Running backs Delano Munoz Whatts (Gr) and Burnett rushed for a combined 26 yards to get the Engineers to the four-yard line. A completion to receiver Peter Lombardi ’22 racked up more points for the Engineers, bringing the score to 14‒0.

The Gulls faced third and 10 on the next drive, where receiver Geoffrey Ingrando ran a deep post route and beat his marker. Quarterback Mike Ingraffia hurled a pass downfield that Ingrando caught and he ran into the end zone for a 66-yard touchdown. Endicott brought it back to 14‒7 with about ten minutes left in the half. 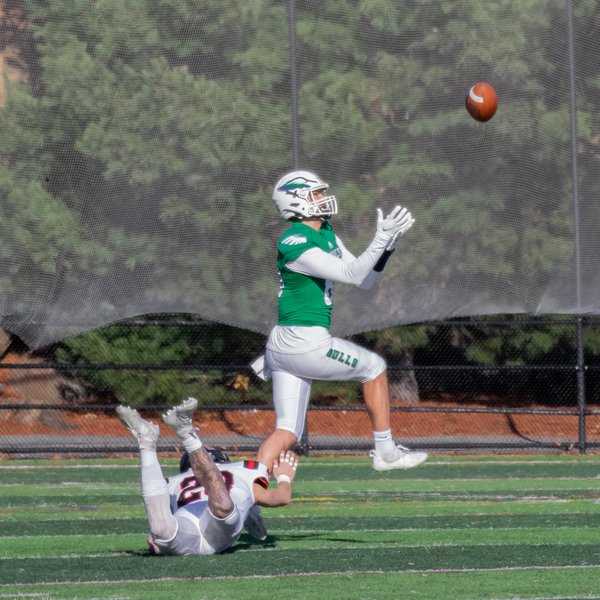 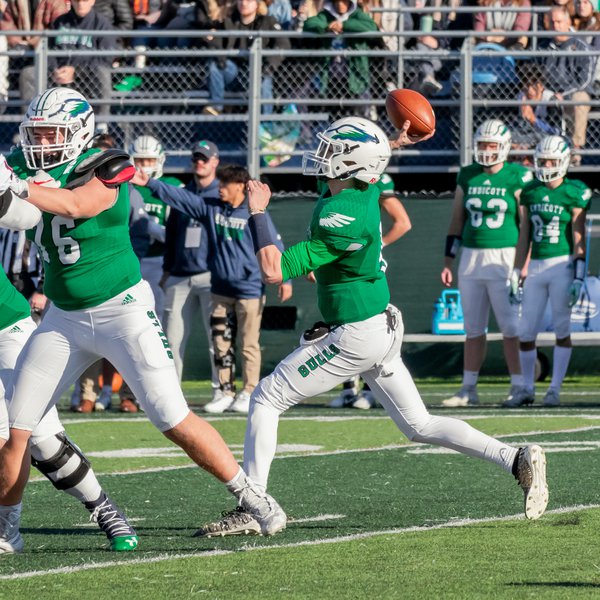 Both teams struggled on offense for the remainder of the half, but the defenses were putting on a show. On one drive, Marinopoulos threw a pass on third down that was intercepted by Gull James Day and returned for 14 yards. The Engineers’ defensive line harassed Ingraffia, with Magnus Wamble (Gr) and Nate Sicard ’25 each getting a sack. The half concluded with a score of 14‒7. 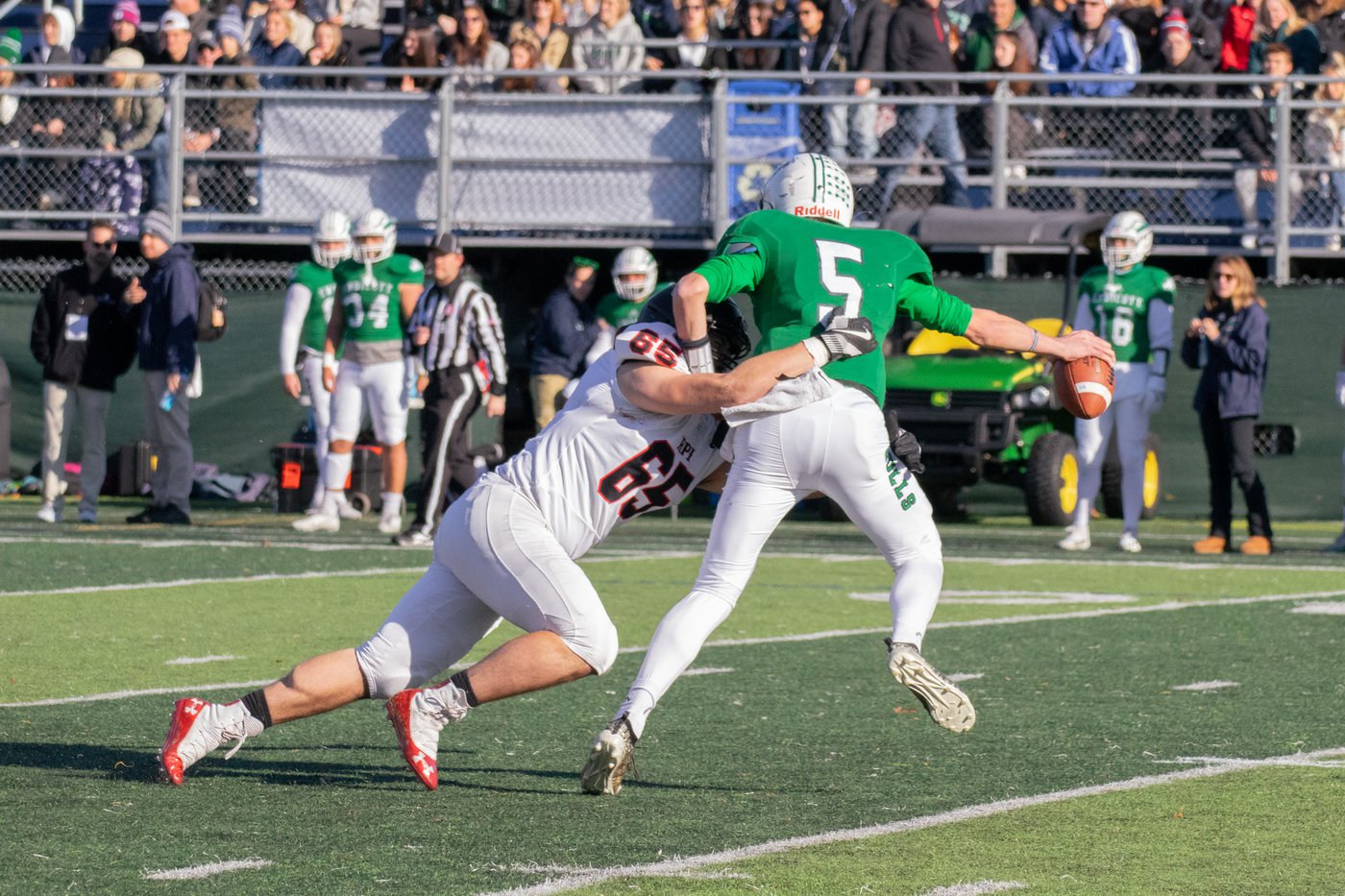 The Gulls had an unsuccessful first drive of the second half, giving the Engineers possession deep in their own territory. Despite the unfavorable field position, Marinopoulos found McDonald near the sideline for another first-class completion, this time for 48 yards. The Engineers steadily moved upfield, making it to the Endicott five-yard line. McDonald would be the target for a five-yard completion on first and goal, giving him his second touchdown of the game. The kick for the extra point rang off the upright, holding the Engineers to a 20‒7 lead. Lockdown defense for both teams was the story of this game as neither offense could get much done for the remaining eight and a half minutes of the third quarter. 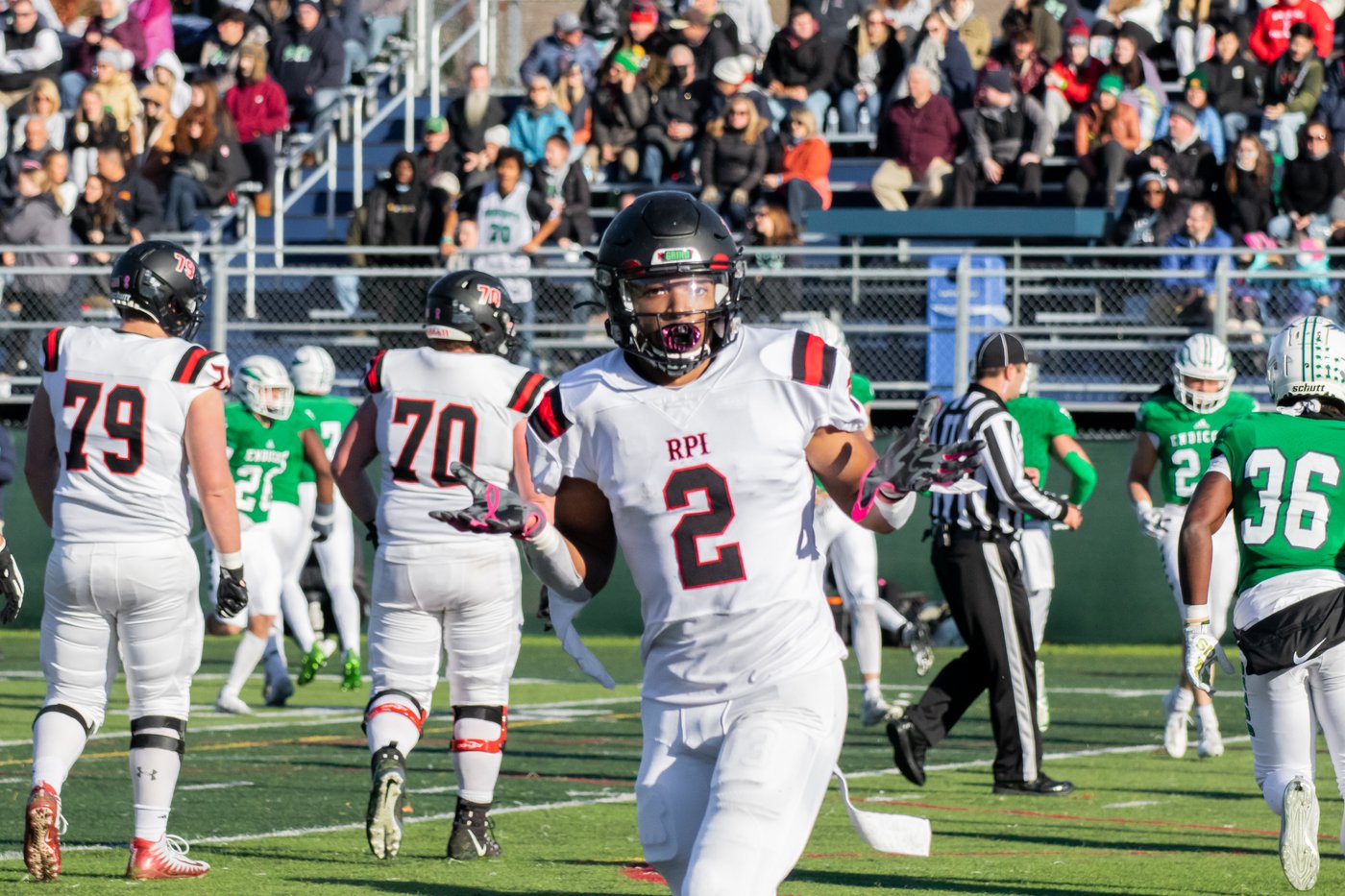 The Engineers wanted to run down the clock. When RPI came back onto the field, they wasted over six minutes of the final quarter. After the Gulls failed on their subsequent possession, they wouldn’t get the ball back until there was a little more than five minutes on the clock. Pressed for time, Endicott was rushing. A personal foul on the Engineers and a 17-yard reception to Ingrando swiftly advanced the Gulls upfield. Endicott would score on a 20-yard completion to Kobe Gaudette, bringing the Engineer lead to just six—a touchdown and extra point could win it for the Gulls.

The Engineers kept the ball on the ground and ran down the clock, not allowing Endicott to have another opportunity to score. Dylan Burnett trucked through the defense for a career-high 124 rushing yards, resulting in a 20‒14 victory. On the other side of the ball, the Engineer defense held the Gulls to a meager 17. McDonald also put up 122 receiving yards.

With the victory, the Engineers continue to the second round, traveling to Cortland to face the undefeated Red Dragons on November 27. Click here for the box score. 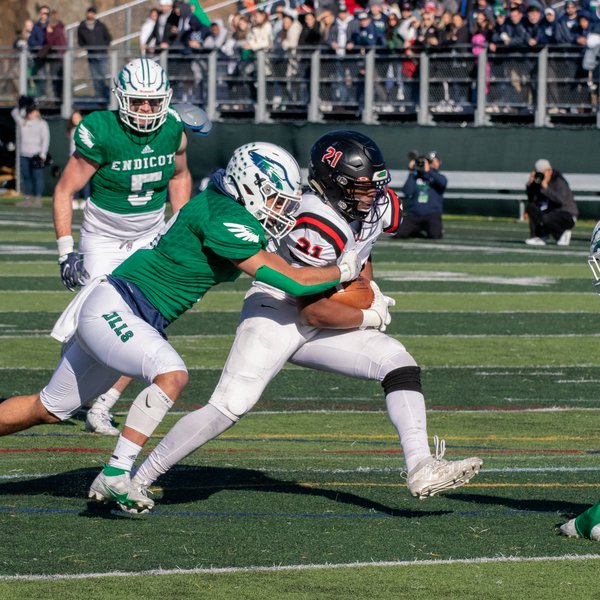 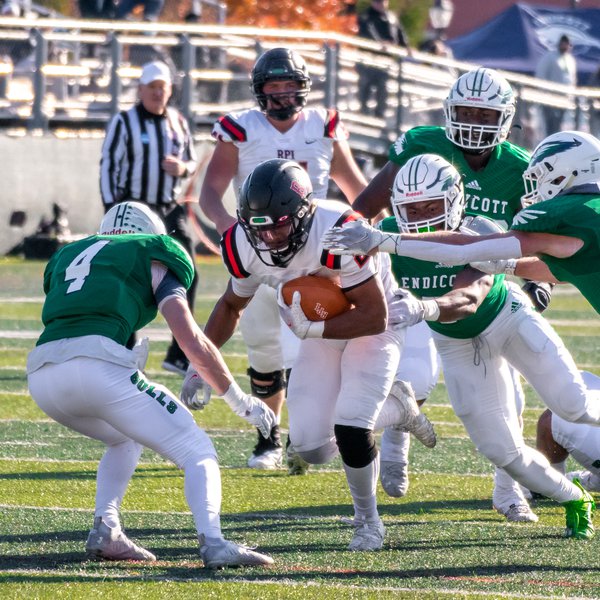