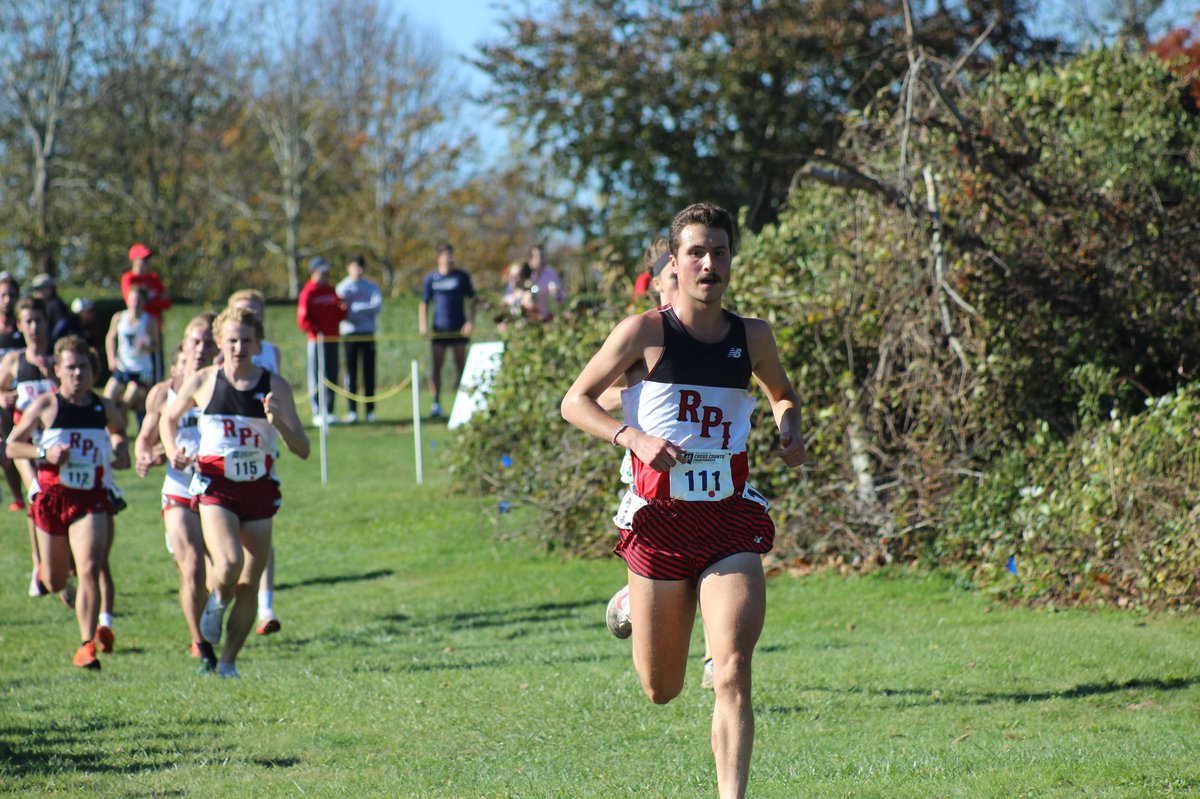 JOHN REED (GR) MAKES a gap between him and the rest of the pack. Jared Gridley
By Theo Olinkiewicz November 17, 2021

The NCAA Division III Mideast Cross Country Regional meet was held Saturday, November 13 at Harkness Memorial State Park in Waterford, Connecticut. In the men’s race, which covers a distance of 8,000 meters, the Engineers finished third out of 26 teams with a score of 82 points. Williams College won the meet with 54 points to secure the auto-qualification to next week’s National Championships in Louisville, Kentucky. Middlebury College came second with 68 points. Four teams from the region—Middlebury, Rensselaer, Vassar, and Amherst—were given ‘at-large’ bids by the NCAA Cross Country Selection Committee to compete in this Saturday’s championship meet.

The top three individual finishers all came from Williams College Ephs. Rensselaer’s John Reed (Gr) was the first non-Eph to cross the line, finishing fourth in a time of 25:09.9. The next Engineer to finish was Matt Lecky ’23 in 25:20.3 for 8th place. Owen Szabo ’22 and Vince Simonetti ’25 were the team’s third and fourth runners of the day finishing just 0.3 seconds apart in 21st and 22nd places after running the length of the race side-by-side. Cory Kennedy ’24 rounded out the Engineers’ scoring five in 27th place with a time of 25:56.9. All seven Engineers finished in the top 40 with Jason Gibbons ’23 and Steven Spreizer ’22 crossing the line in 32nd and 39th places. Reed, Lecky, Szabo, Simonetti, Kennedy, and Gibbons received All-Region honors.

RPI Coach John Lynch spoke on the team’s strategy heading into the race. “Our main strategy for the Regional was to get off the line and get to the first turn safely, then let off the gas a bit and find our race rhythm while trying to stay engaged at the front of the race. Knowing there would be separation, we had a mental checkpoint of three miles as a go point for competition within each person's race.” 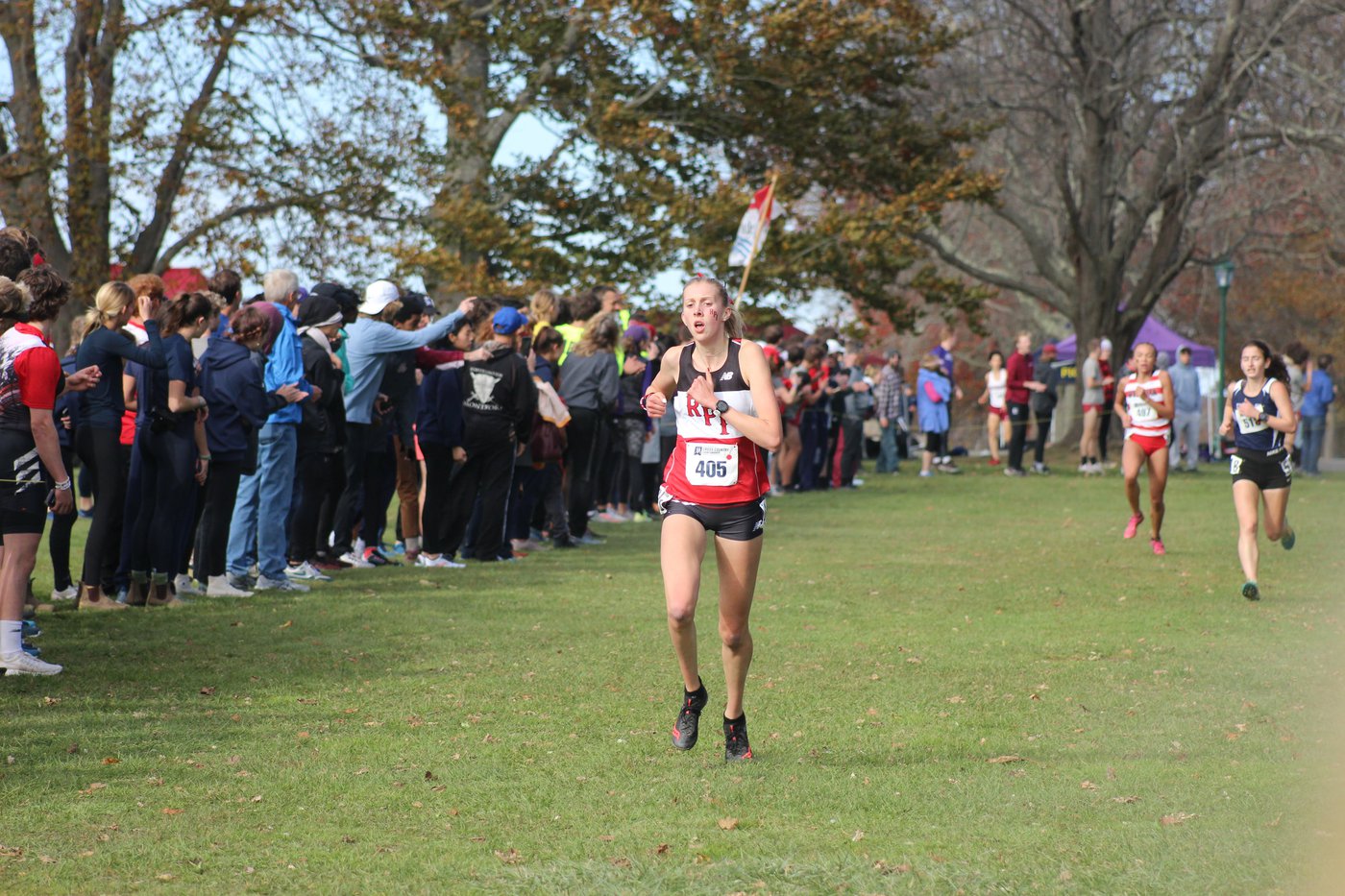 In the women’s 6,000-meter race, the Engineers placed eighth out of the 24-team field with a score of 213. Nia Goddard ’23 placed seventh overall with a time of 22:20.3 to secure an individual qualification to next week’s NCAA championships. To qualify individually, a runner must be one of the top 7 competitors in the region not on a qualifying team. Morgan Lee ’23 stopped the clock at a time of 22:51.4 for 22nd place.

The coming days are all about preparation for the National Championships. Goddard spoke to The Polytechnic about how she’s preparing to compete on Saturday. “This week is all about prioritizing recovery and nutrition. Staying hydrated and getting enough sleep are two things I'm really focusing on.”

The National Championship race will be held Saturday, November 20 at E.P. “Tom” Sawyer State Park in Louisville, Kentucky. This is the men’s team’s fifth consecutive year competing at Nationals. 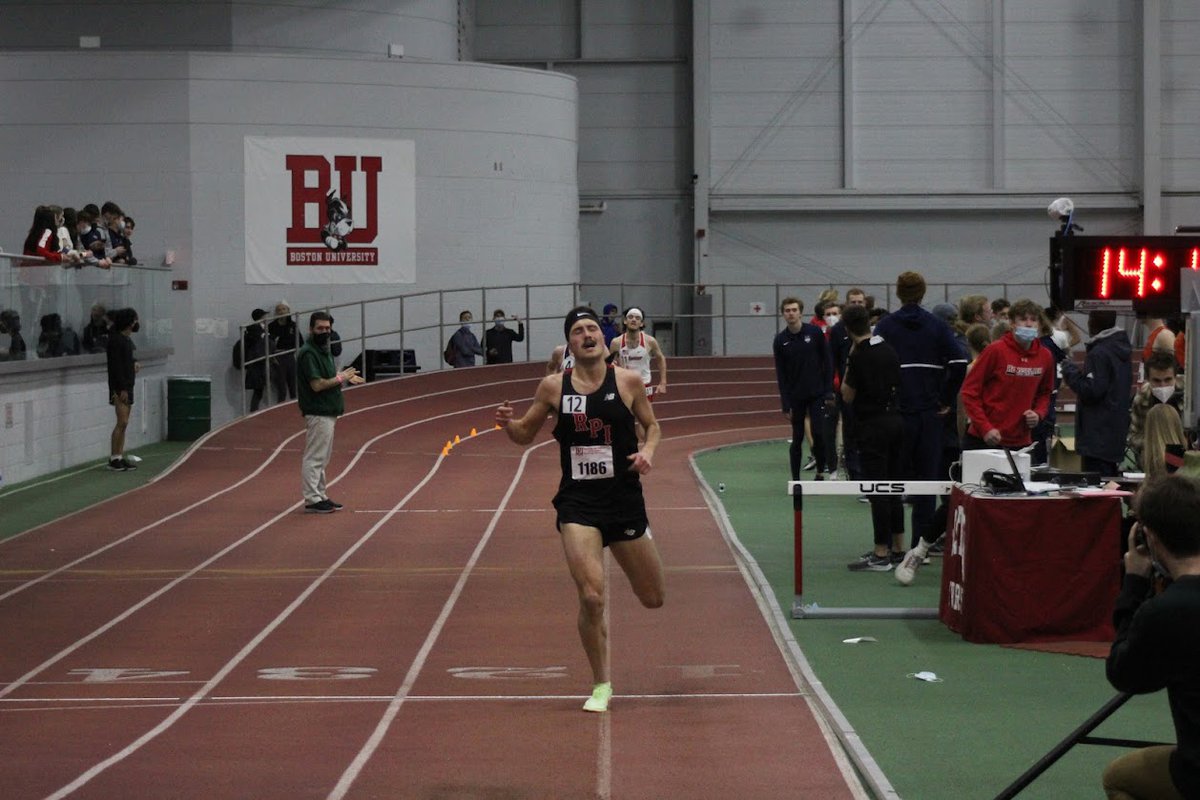 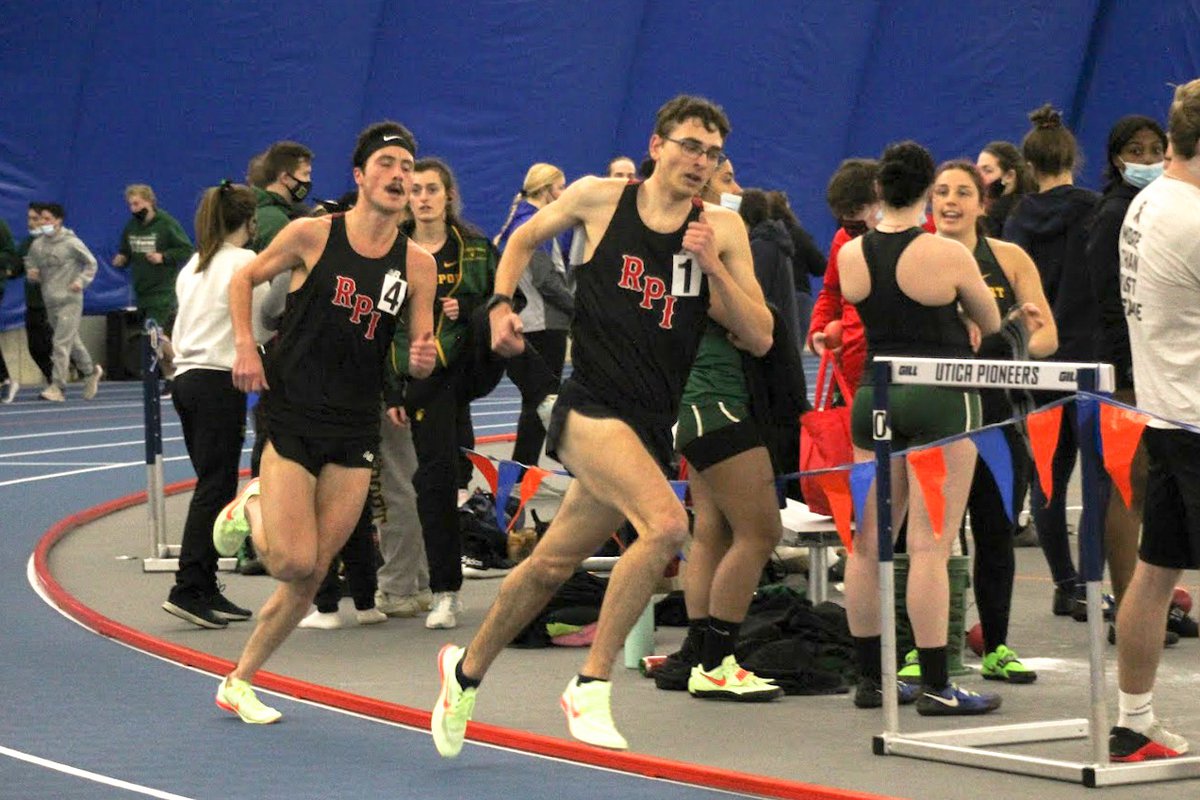 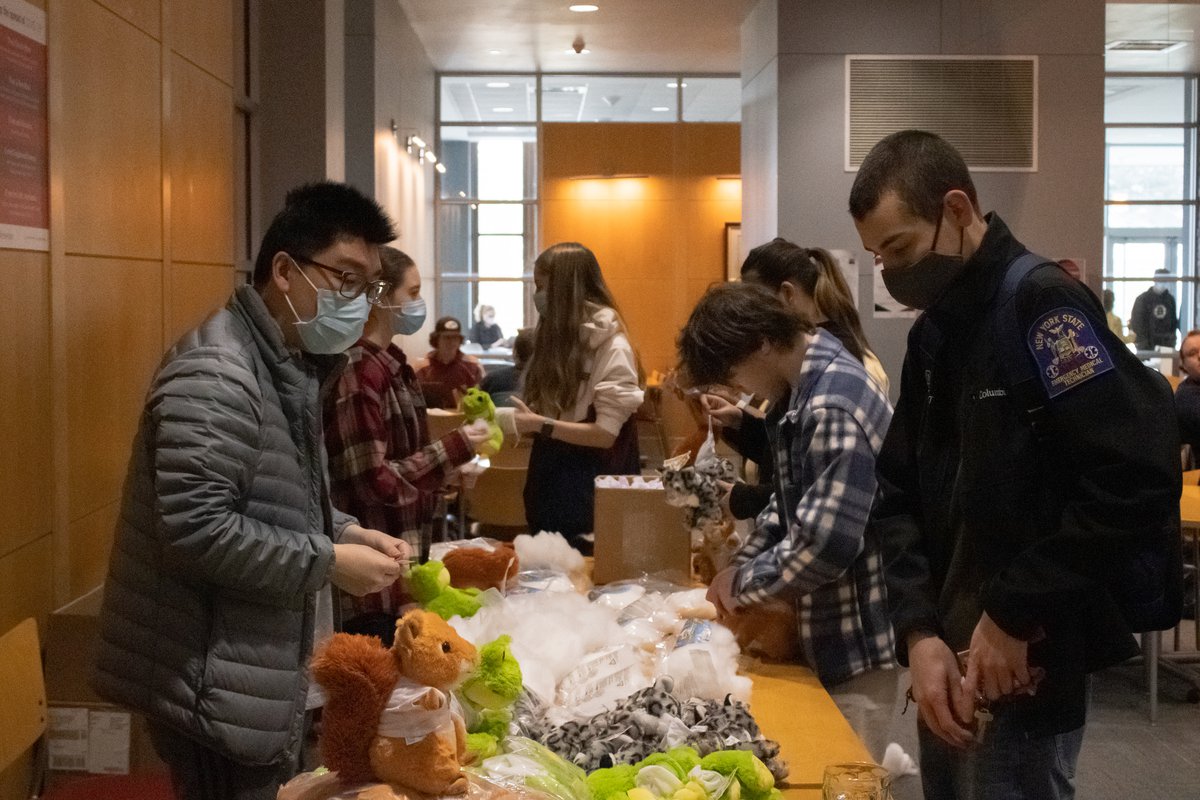 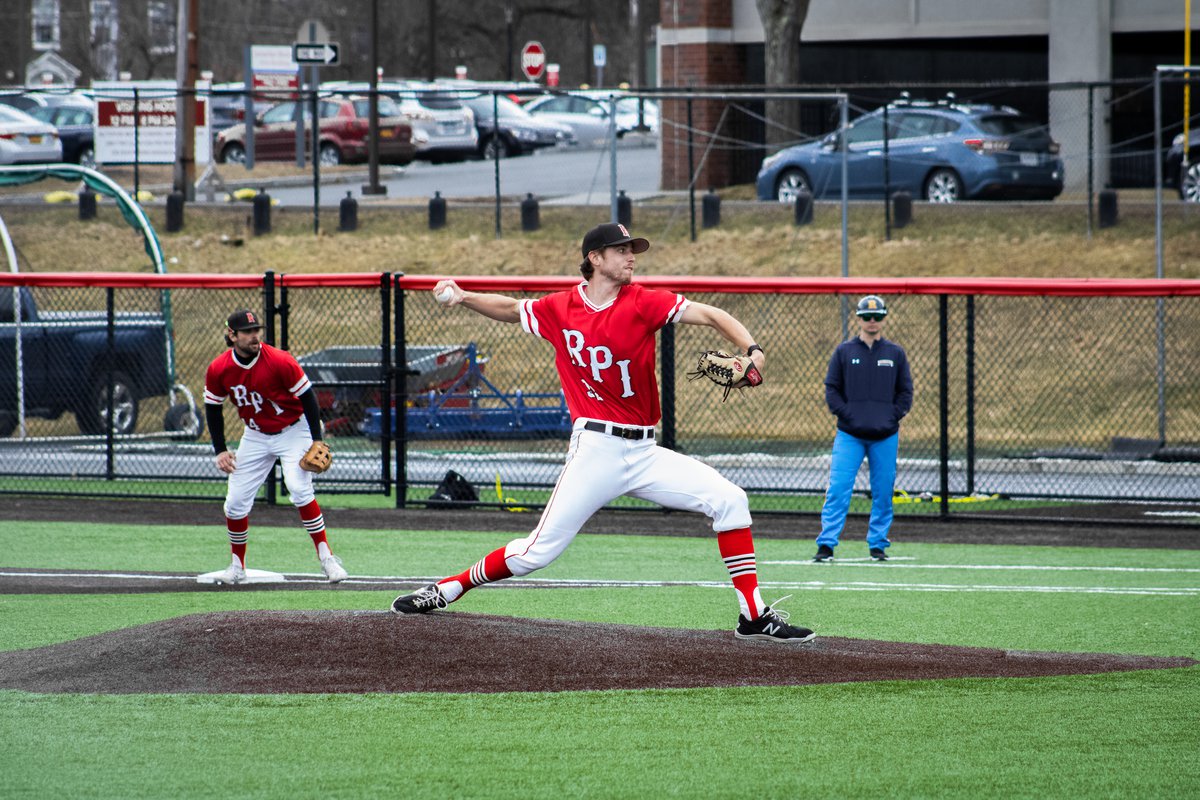