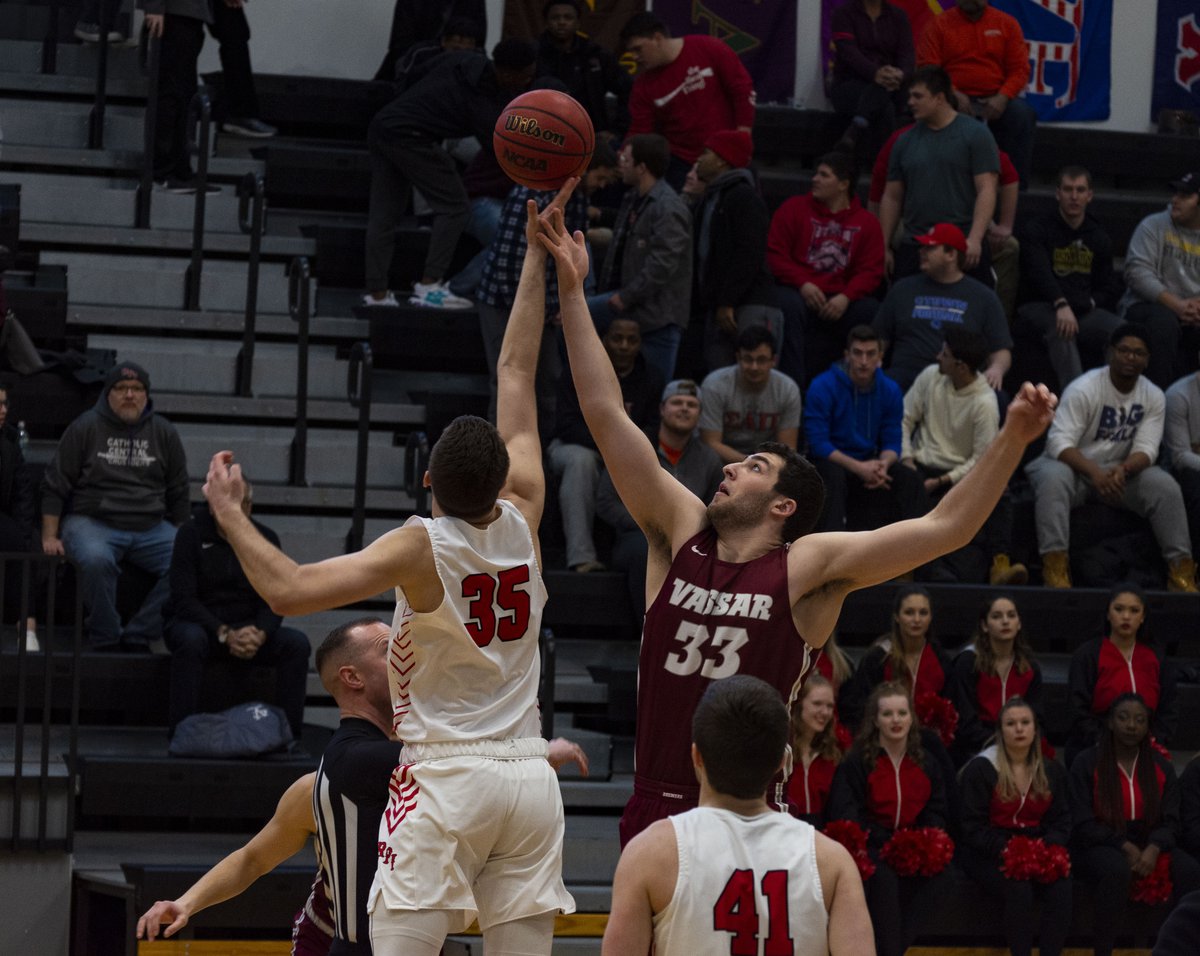 The Engineers tied—but failed to break—their record for longest win streak of 18 games, previously set by the 1990-1991 team with a win against Vassar College and a loss against Ithaca College this weekend.

The first several minutes of the game against Vassar saw Rensselaer dominating. The Engineers came out aggressive with ball movement that seemed to confuse the Brewers. However, Vassar pulled back with nine unanswered points as RPI struggled to string passes together. With seven minutes left in the half, the Engineers looked to be getting back on track when Jonny Angbazo ’23 went on the fast break, but his layup was off the mark. RPI could not make shots for the entire first half outside of the first several minutes. Towards the end of the first half, the Engineers began to pick up steam, including fast break scores from Mitchel Wayand ’20 off a tipped pass and Dom Black ’22 off of a steal. At the buzzer, Vassar led 33‒22.

The Engineers began to gain momentum after coming out of the locker room. The defense was rock solid and the offense was heating up. With 13 minutes left, the Engineers tied up the game at 36 and the RPI bench rose to their feet. Several minutes later, Black rebounded the ball, dribbled up the court, dished it off to an uncovered Wayand who drained a 3; the crowd reaction was electric as RPI took the lead 41‒38. The Engineers then became unstoppable. The atmosphere of the arena intensified with every point they racked up. With 3:37 left to play, Black made a massive block and led a counterattack. He passed the ball to an open Patrick Mahoney ’21 who hit a swish from behind the arc to put the Engineers up 52‒47. At 1:42 left in the game and one second left on the shot clock, Will Rubin ’23 took a last-ditch effort from beyond the arc, sinking a buzzer-beater to put the Engineers up 55‒47. The final buzzer signaled a 61‒49 Engineer victory and the 18th-straight win to tie the school record. 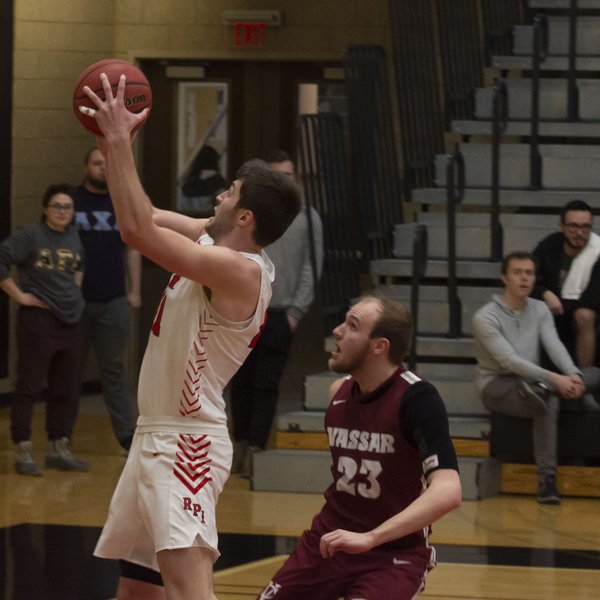 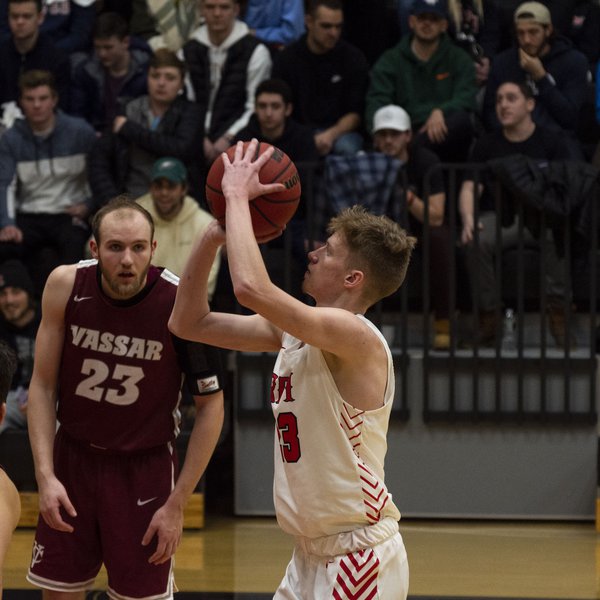 In the game against Ithaca, the Engineers struggled after the tip-off. Ithaca was running circles around the RPI defense, creating open opportunities for their shooters. The Bombers drained threes left and right, making five out of five within the first four minutes. The Bombers commanded the first half, taking advantage of slow defensive rotations from RPI and keeping the Engineers from gaining any traction. The game looked grim for the Engineers as they were down 44‒26 at the half.

The second half was a different story, as the Engineers came out of the break with an unexpected intensity; their ball movement and shot consistency were much better than in the first half and the 18-point lead was evaporating at an alarming rate for Ithaca.

The boisterous RPI bench and supporters gave the Engineers life. With Mahoney leading the charge, it looked like nothing could stop them—especially not an 18-point deficit. With 2:07 left to play, Black rebounded the ball at the Ithaca end and buried the put-back to give the Engineers a 60‒59 lead. Everyone in the stands was on the edge of their seat as a school record seemed within grasp.

The team did a great job of keeping possession and running the clock, but after Black fouled out, the Bombers were able to take a 62‒60 lead with 8.1 seconds left on the clock. The Engineers took a timeout and drew up their strategy. They inbounded the ball and passed it up the court, but the Bomber defense swarmed them. They couldn’t get a shot off.

After 18 consecutive victories, the streak finally came to an end. Despite not managing to break the record, the Engineers have demonstrated the potential skill needed for a deep playoff run. 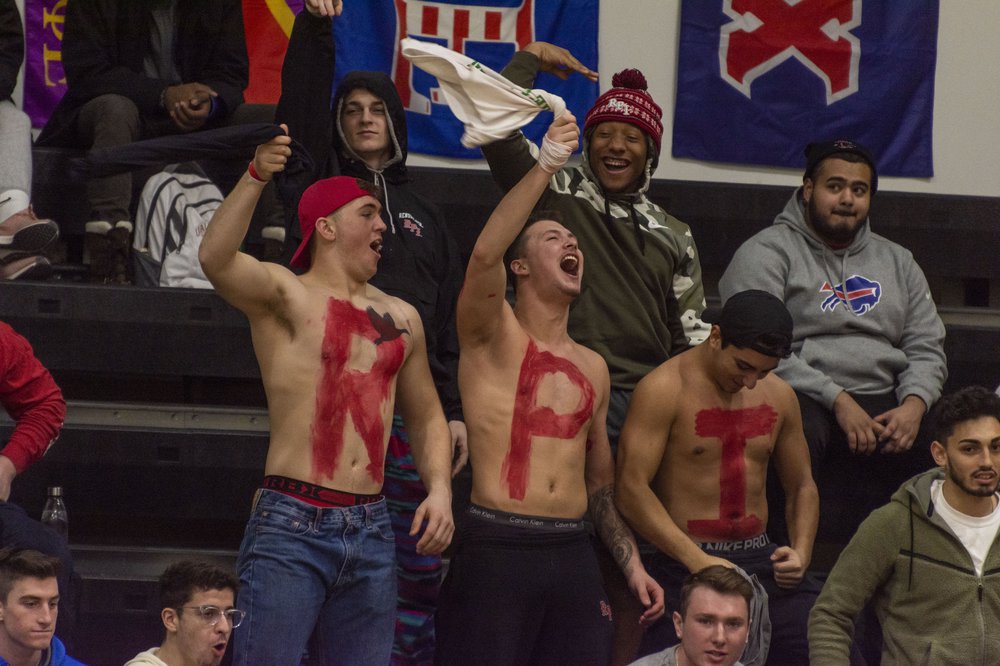 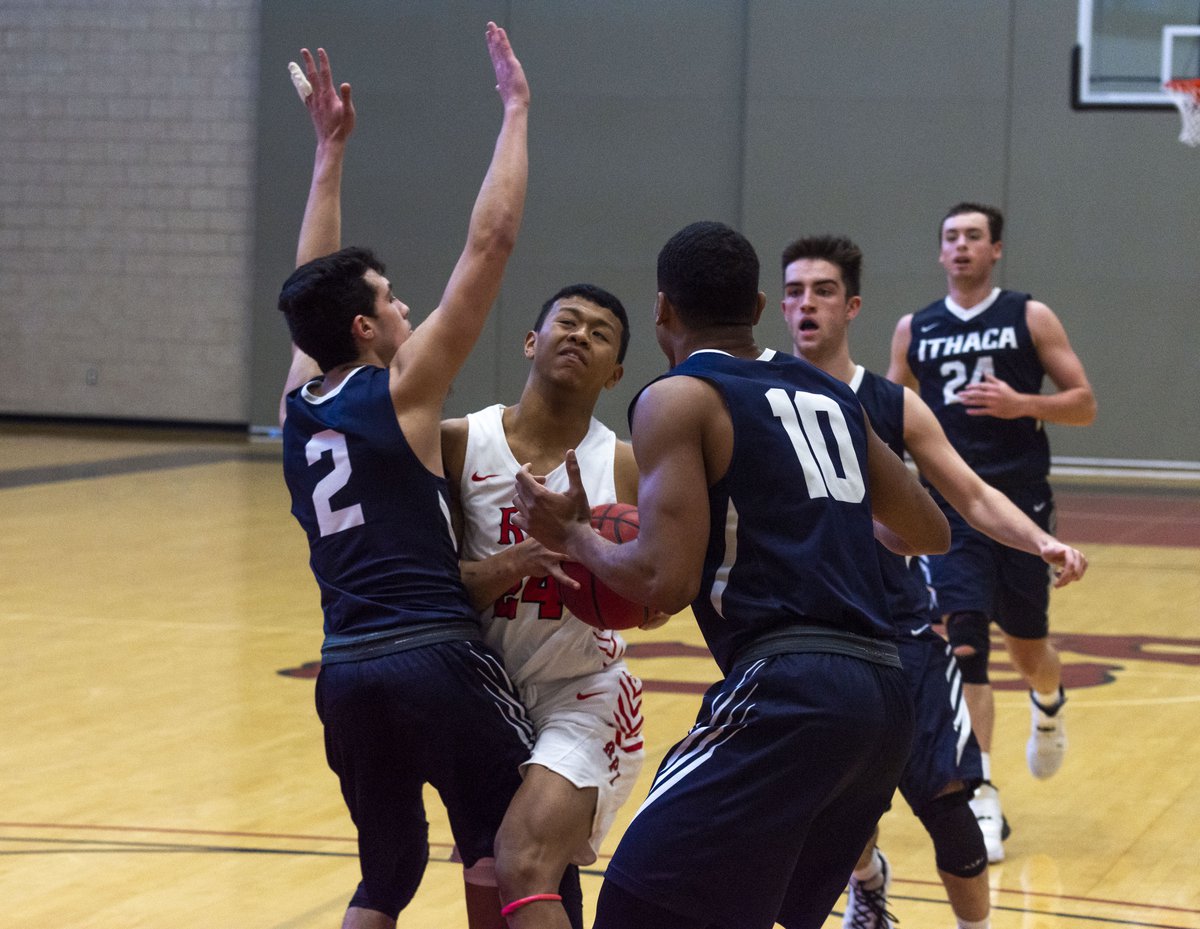