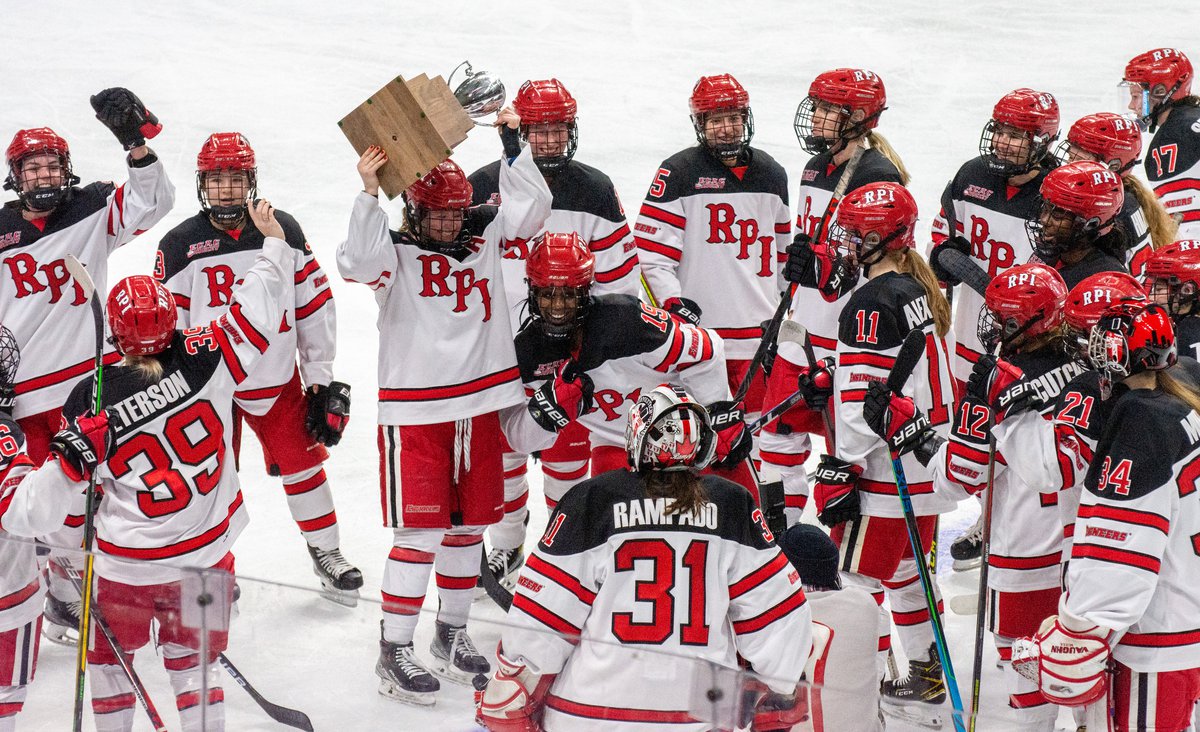 Marah Wagner ’23 netted the game-winning goal with just over four minutes remaining to defeat the Union Dutchwomen 2‒0 in 4th Annual Mayor’s Cup, bringing the trophy back to Troy. In the victory, Amanda Rampado ’23 recorded her second career shutout with 28 saves and Asiah Taylor-Walters ’24 recorded her first collegiate goal.

Rensselaer and Union returned to MVP Arena—formerly the Times Union Center—to compete for the Mayor’s Cup after last season was canceled due to the pandemic. For the first time in two years, non-student spectators could see the Engineers take the ice.

RPI came out strong to start, recording four shots within the opening three minutes. Two failed power plays for the Engineers allowed the Dutchwomen to pull themselves back into the game. Nearly 11 minutes in, Union’s Meredith Killian ripped a shot from the blue line that RPI goaltender Amanda Rampado saved and the puck rebounded to her right; it was heading in the direction of Dutchwoman Kaitlyn Ehmann with the near side of the net empty. Rampado stretched out her pad to cover the net, but the defense was able to recover and shut down Ehmann.

Minutes later, the Engineers had a scoring opportunity of their own. A giveaway in the defensive end from the Dutchwomen gave Engineer Maddy Peterson ’23 a clear shot, though it went wide. RPI had another promising chance with two minutes left in the period. Marah Wagner ’23 weaved through the Union defense and shot a dart into Union goaltender Sophie Matsoukas, but she hung on to the puck and kept Wagner from jumping on the rebound. The period would come to a close with a score of 0‒0, with RPI leading shots 14‒6.

The Engineers continued their shooting to begin the second period. In the first 31 seconds, Matsoukas was challenged with back-to-back shots from Wagner and another from Julia Blitz ’23. Despite the early start to the period, the Engineers would lose their grip.

An RPI penalty put Union on the power play after four and a half minutes. The Engineer defense stood firm, not allowing the Dutchwomen to have many opportunities to score. Minutes after that penalty concluded, RPI possessed the puck in the offensive zone. A pass across the blue line was intercepted by Union’s Grace Heiting, a burst of speed giving her a breakaway. Heiting shifted the puck to her backhand and tried to beat Rampado, but the RPI goaltender made a key save to keep the game tied at zero. Later, the Engineers would be short-handed once again after a tripping call. Rampado was up for the challenge, making a couple great saves to deny the Dutchwomen.

The Engineers were called for another two penalties in the final five minutes of the period, but the in-form Rampado killed the penalties. RPI, the second-best penalty kill in the nation at 96.59%, managed to hold on after being short-handed for over seven minutes in the second frame. The teams headed into the second intermission scoreless, with Union taking the lead in shots 20‒18 after outshooting the Engineers 14‒4.

The Dutchwomen carried their momentum into the third period, forcing Rampado to make five saves within the first four minutes. Union’s energy was drained after another fruitless power play, giving RPI a jump-start. The Engineers bombarded the Dutchwomen after two consecutive power plays, hoping to force Matsoukas to give up a dangerous rebound. With less than six minutes left, a turnover gave Audrey McCutcheon ’25 and Asiah Taylor-Walters a 2-on-0 chance in the Union end. A recovering Josie McLeod dove to deflect Taylor-Walters cross-ice pass, throwing off McCutheon’s timing and her shot went wide.

With each shift, the Engineers’ attack was hungrier. With over four minutes left in regulation, Wagner possessed the puck behind the Union goal. In the post-game interview, she said that she knew she “just had to get it to the net somehow.” She cut in front of the net and fired a shot into Matsoukas. Wagner pounced on the rebound and established body position in front of the net. Before Matsoukas could shift to cover the net, Wagner slotted her team-leading tenth goal of the season to propel the Engineers into the lead 1‒0. The crowd erupted for the first live RPI goal outside spectators had seen in nearly two years, ultimately the game-winner. 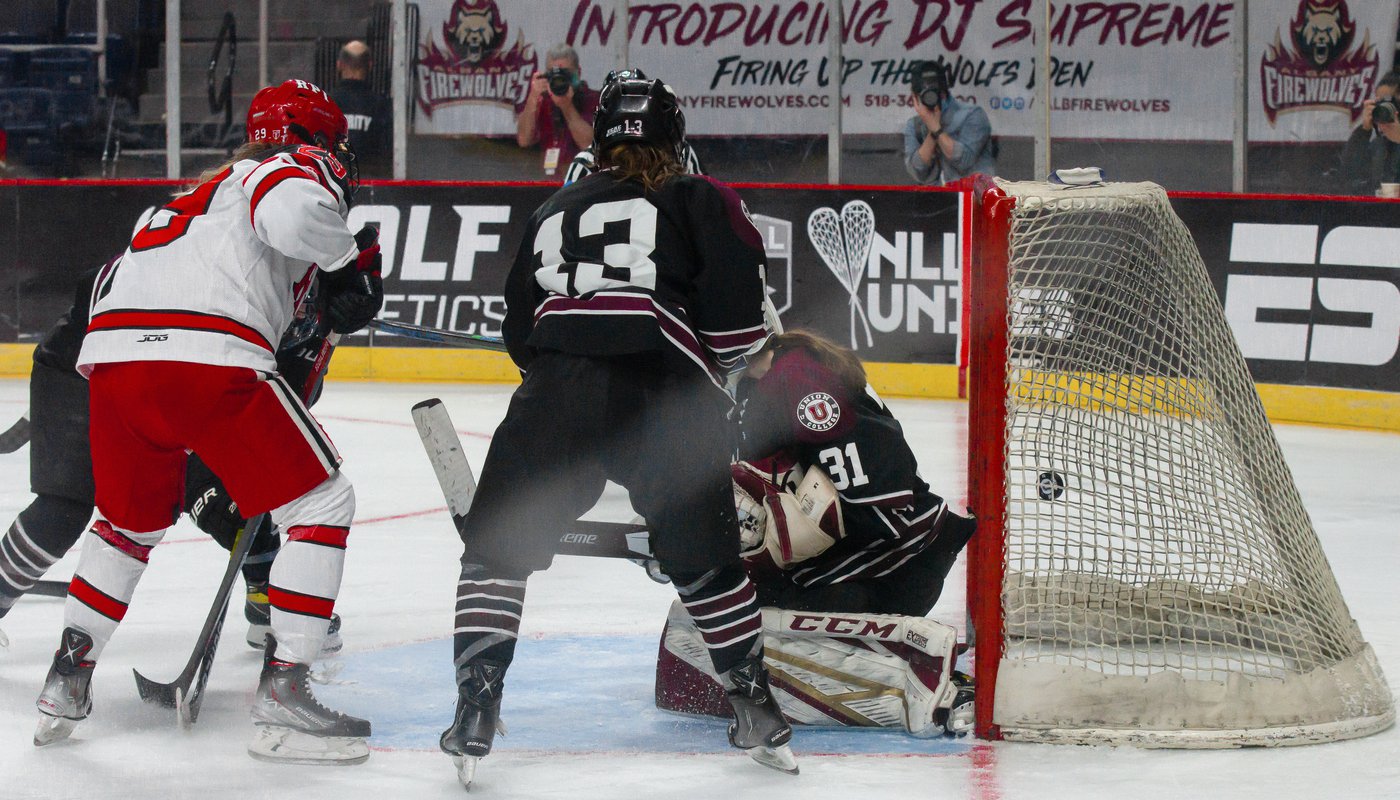 The Engineers doubled their lead two minutes later. Matsoukas saved a shot from Blitz and the rebound sat in the crease. The Dutchwoman defense was unable to clear the puck and Taylor-Walters lifted the puck high into the back of the net for the first goal of her collegiate career, putting the Engineers up 2‒0 with two minutes left to play.

A penalty on RPI and the exchanging Matsoukas for a skater granted Union a two-skater advantage heading into the final two minutes. The Dutchwomen threw everything they had towards the goal, but it was not enough. The buzzer sounded, awarding the Engineers their third Mayor’s Cup win out of the four years.

Click here for Union’s audio broadcast of the game and here for the box score. 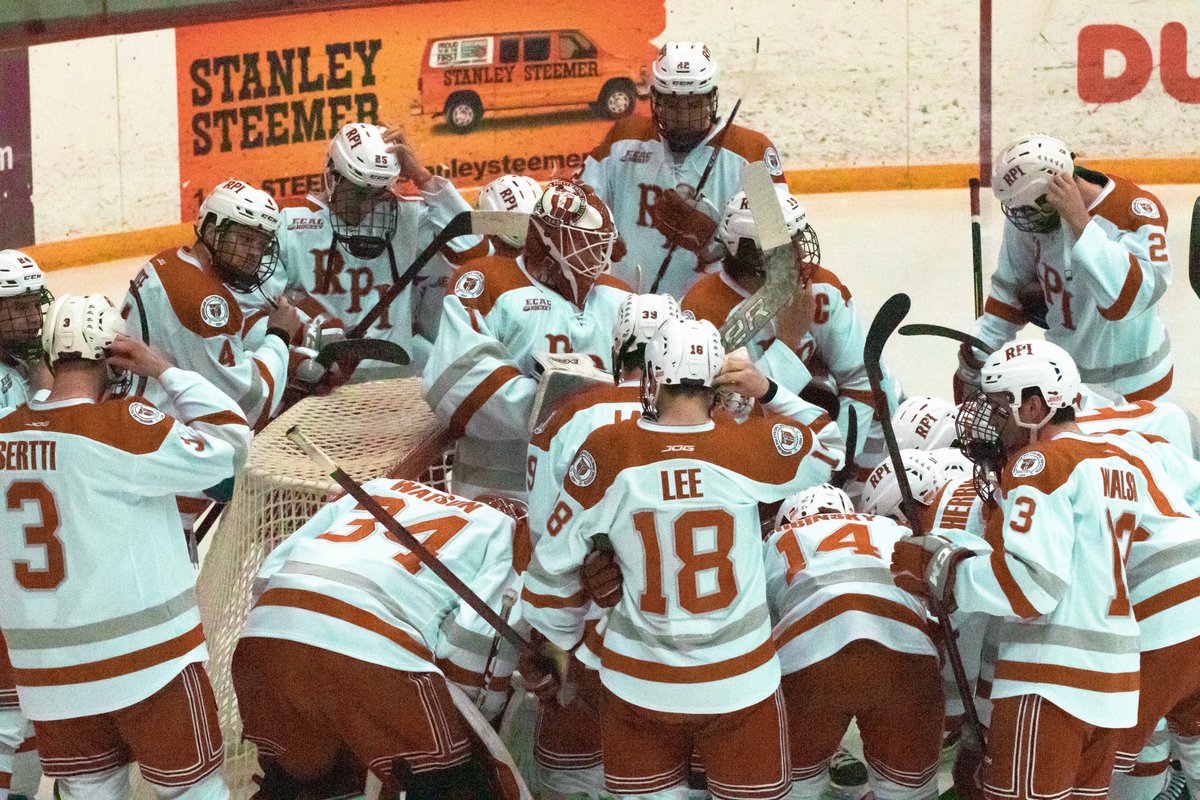