Josh Gaudiano ’23 netted two goals in the 5‒1 win over the Plattsburgh State Cardinals, bringing the Engineers’ record at the time to 1‒1‒1.

The game started out fairly even, with neither team seeming to be able to break through the other’s back line. After about five minutes of play, the Engineers began putting pressure on the Cardinals. After a Rensselaer throw-in, the ball was passed back to Alex Garciá ’24. Garciá’s aerial pass fell to Paul Silva ’22, who controlled it with his thigh. Silva then completed a one-two with Reggie Durden ’24 to put him in on goal. A clean strike into the left side netting gave Silva his first goal of the season. The Engineers led 1‒0 with 39:12 to play in the first half.

After conceding, the Cardinals seemed to ramp up their intensity. With about 37 minutes left in the half, a through ball was played over the top to Cardinal midfielder Brain Coughlan. Coughlan took a shot on the half volley, forcing goalkeeper Luke Brezak ’22 to palm it away for a corner kick. 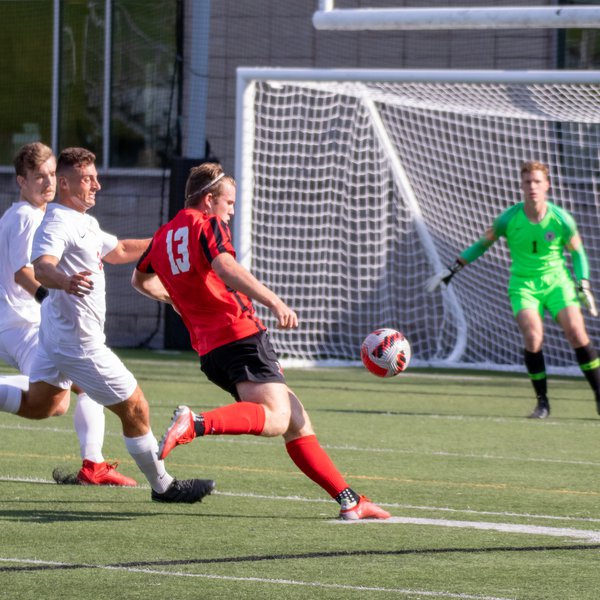 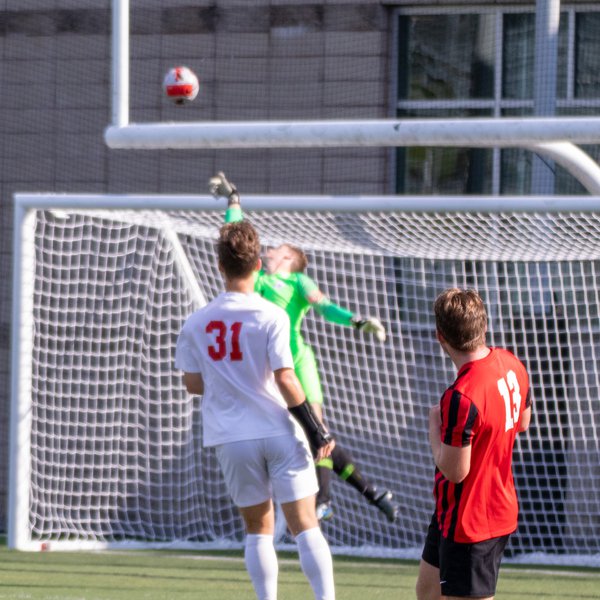 Later on, at around 34:15, a scuffed shot from one of Plattsburgh captains, Yusif Onike, found its way to Jai Coker 10 yards away from goal. Coker skied his open shot; a lucky break for RPI.

The Engineers began to improve their play, breaking down the Cardinal defense with passes. With around 27:45 left in the half, a pass from Ben Kogan ’23 found Gaudiano on the left side of the field. Gaudiano took the right back on and cut inside to get enough space for a shot. Plattsburgh goalkeeper Teddy Healy managed to get down to his right to stop the low shot. The Engineers kept the Cardinals in their half, controlling the tempo. At 19:15, Coughlan did not get a foul call. In frustration, he braced himself for a high hit on Kogan. For this foul, he was issued a yellow card. The 26-yard free kick was taken by Silva. Gaudiano managed to get the ball under control in the box and finished it past Healy for his first goal of the season. RPI led 2‒0 with 19:08 left in the half. The next promising offensive opportunity came with just seconds remaining in the half. An RPI corner found the head of defender Trevor Bisson ’22, but the header went wide. The first half ended with the Engineers leading 2‒0.

Neither team had the edge to start the final half. With 42 minutes left, RPI earned a corner. The in-swinging ball from Garciá found the head of Cardinal midfielder Kevin Abbondanza. His clearance went back towards goal and a flick header from center back Joe Di Miceli ’22 found the back of the net, putting the Engineers up 3‒0 with 41:48 left to play.

With less than half an hour left, the ball was played to Coughlan’s feet. He flicked the ball over to Dylan Shalvey and spun off around his defender. The ball was played back to him with enough space to take a touch and rip a shot. The high shot rifled past Brezak, ruining his clean sheet and making the score 3‒1 at 29:28. A little over a minute later, a combination of passes gave Coughlan a break-away against Brezak. Unfortunately for him, Coughlan lost his footing and fell, squandering his opportunity.

At 26:06, a through ball from Engineer midfielder Billy Chissoe found Silva in space on the right flank. Silva’s low cross was too close to Chissoe for him to get a clean shot off, causing him to deflect it. Gaudiano pounced on the deflection for an easy goal, putting the Engineers up 4‒1 at 26:00. A minute later, a cross from Gaudiano found a trailing Chissoe. His volley beat an unprepared Healy but rattled off of the left post and away.

With 1:40 left to play, a high clear from Di Miceli was headed upfield by Chris Heffernan ’23 to a sprinting Gabe Terondo ’23. Terondo was put on a break-away, remaining composed to slot home his finish past Healy to extend the lead to 5‒1. This score held for the next minute and a half. This victory brought the Engineers’ record at the time to 1‒1‒1. 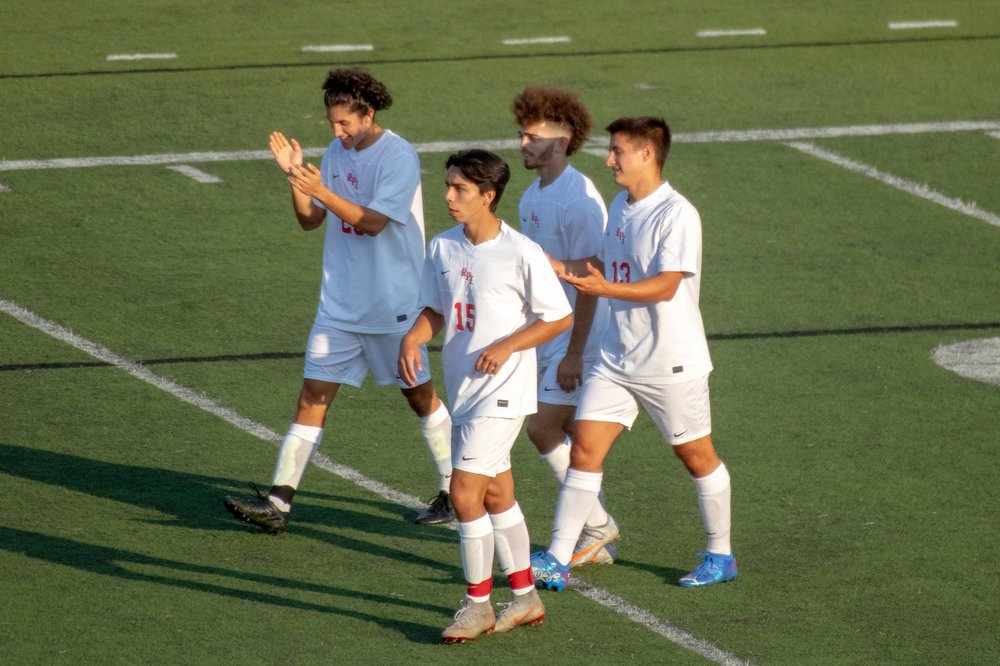