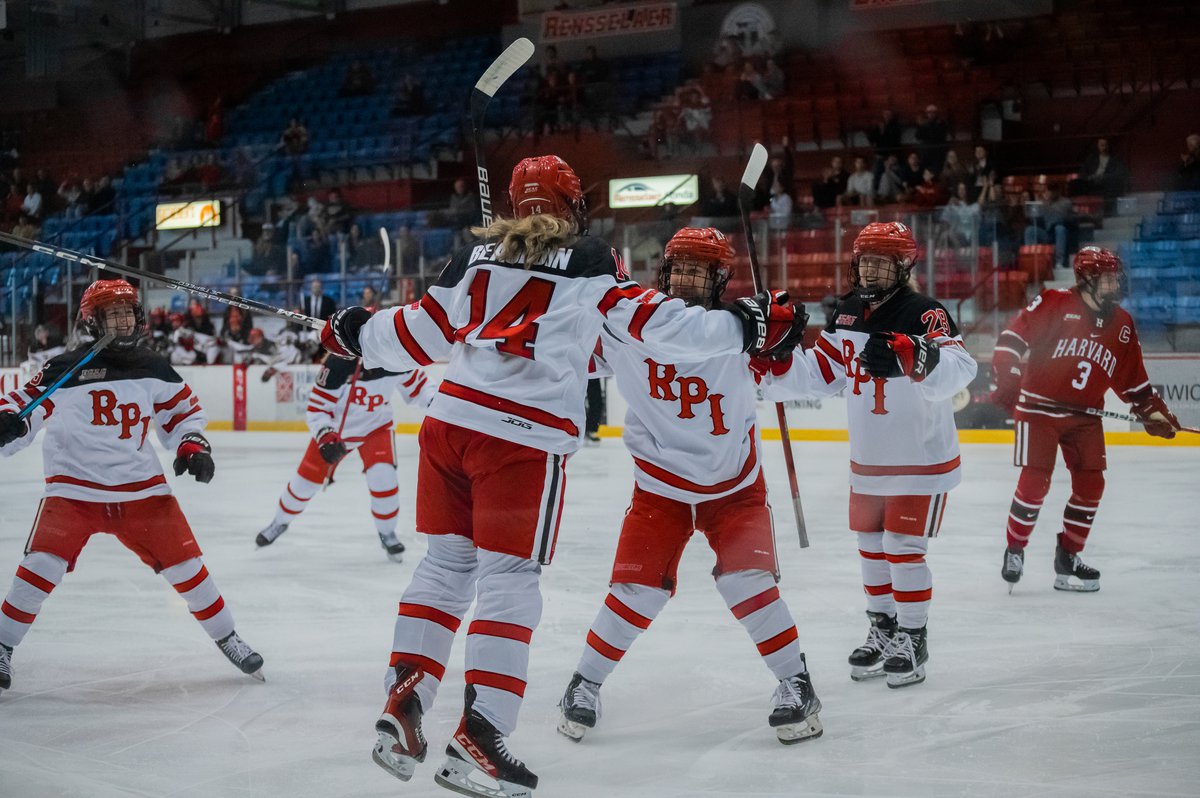 After Dartmouth defeated them 2‒0 the previous night, the Engineers hosted the Harvard Crimson in their fourth ECAC matchup of the year.

The Crimson opened the scoring less than five minutes after the opening puck drop. Harvard’s Kristin Della Rovere won a faceoff in the Rensselaer zone, knocking the puck back to Kate Kasica at the point. Kasica slid a pass along the ice towards two of her teammates in front of goal. Anne Bloomer redirected the puck five-hole on goaltender Amanda Rampado to put Harvard into the lead.

The Engineers responded three minutes later. RPI’s Sabrina Beaudoin won possession along the boards in the Harvard end. Beaudoin skated along the goal line, then cut in front of goal. The Engineer slipped the puck five-hole on Crimson goaltender Alex Pellucci as she repositioned herself, tying the game up at 1‒1; the goal was Beaudoin’s first of her collegiate career. RPI continued to control the first period, totaling eight shots on goal to Harvard’s two.

A boarding call on Nina Christof a third of the way through the second period put the Crimson on the power play, however Rampado came up with several fantastic saves to keep the game tied at one apiece. 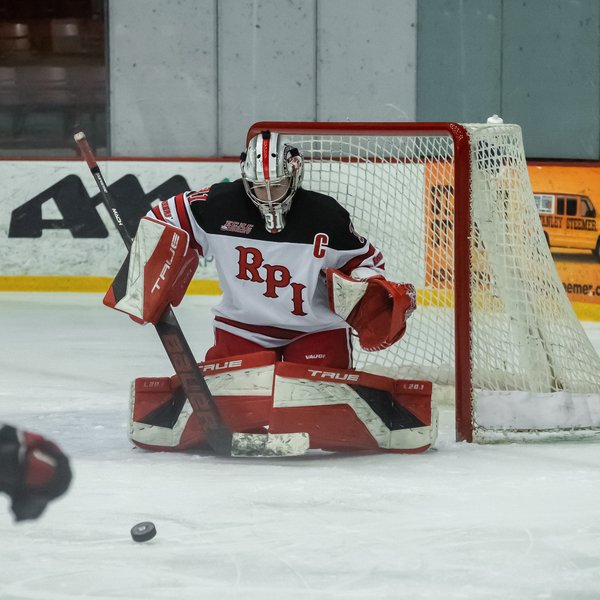 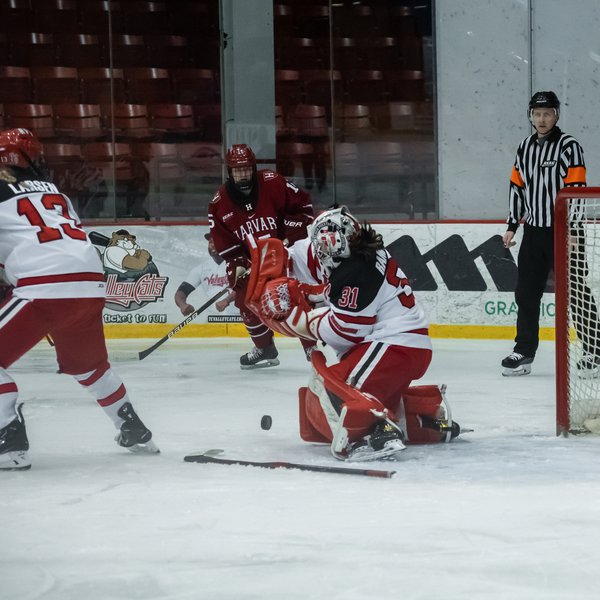 With eight and a half minutes left to play in the period, RPI went on a power play following an interference penalty. The Engineers passed the puck around the zone to open up shooting lanes, but defenseman Magdalena Erbenova mishandled a pass at the blue line. Harvard’s Paige Lester poked the puck forward and attempted to get around the RPI defenseman. Erbenova held Lester back, resulting in a delayed penalty, but the Crimson forward blew by her nonetheless. Alone in the Engineer end, Lester switched the puck onto her backhand and lifted a shot over Rampado’s pad to regain Harvard’s lead with a short-handed goal.

The Crimson doubled their lead two minutes later. Shannon Hollands wrapped the puck around the net, darting a pass to teammate Gabi Davidson Adams in the high slot. Davidson Adams skipped past an Engineer and buried a backhand shot from between the faceoff circles past Rampado for Harvard’s third goal.

Before the two-goal deficit began to weigh on RPI, Ellie Kaiser reduced the Crimson’s lead back to one in 40 seconds. MJ Alexander dished the puck Kaiser in the RPI zone. Kaiser rushed through the neutral zone and across the offensive zone, beating a Harvard defenseman with a toe drag before firing a shot toward goal. Pellucci made the initial save, but Kaiser crashed the net and buried the rebound to make it 3‒2.

Kaiser’s goal shifted the momentum in RPI’s favor, as they heavily pressured the Crimson in the third period. Two penalties on Harvard late in the third period put the Engineers 5-on-3 in the last three minutes. After winning the faceoff that resulted from the second Harvard penalty, Erbenova and Christof played hot potato with the puck in the offensive zone. Seven seconds after the last Crimson stepped into the penalty box, Christof rifled a shot top-shelf for her first collegiate goal, equalizing the game at 3‒3 with 2:33 left on the clock. Without any more goals in regulation, the teams headed into overtime.

A tripping penalty on Della Rovere with less than two minutes remaining in the overtime guaranteed the Engineers an extra skater for the rest of the game. Kaiser nearly scored a game-winner with 45 seconds on the clock, but her shot rang off the underside of the bar and out. The overtime ended without a goal, giving the Engineers their first tie of the season. RPI’s season record is currently 2‒9‒1 and 0‒3‒1 in the ECAC. Click here for the box score. 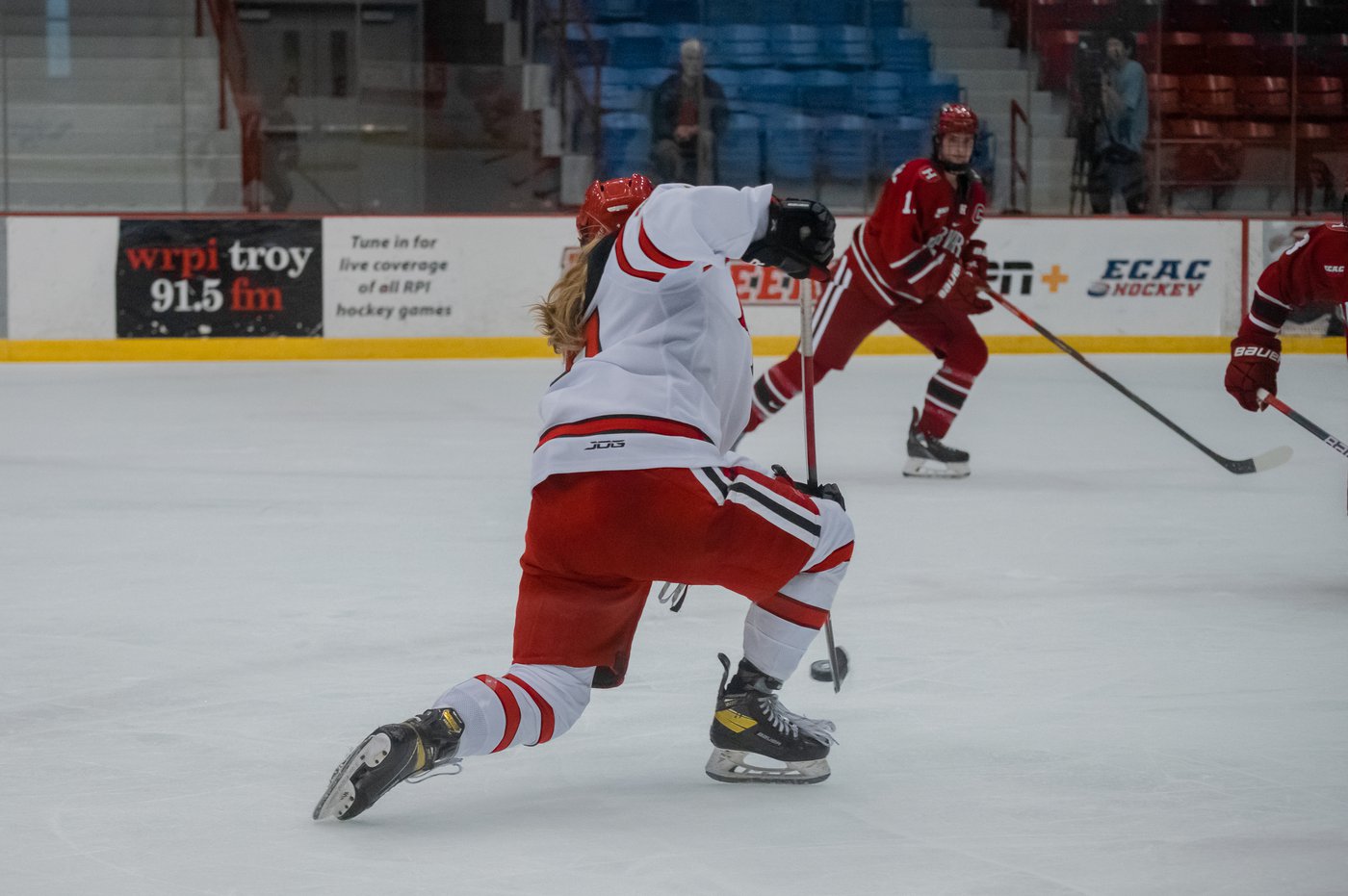 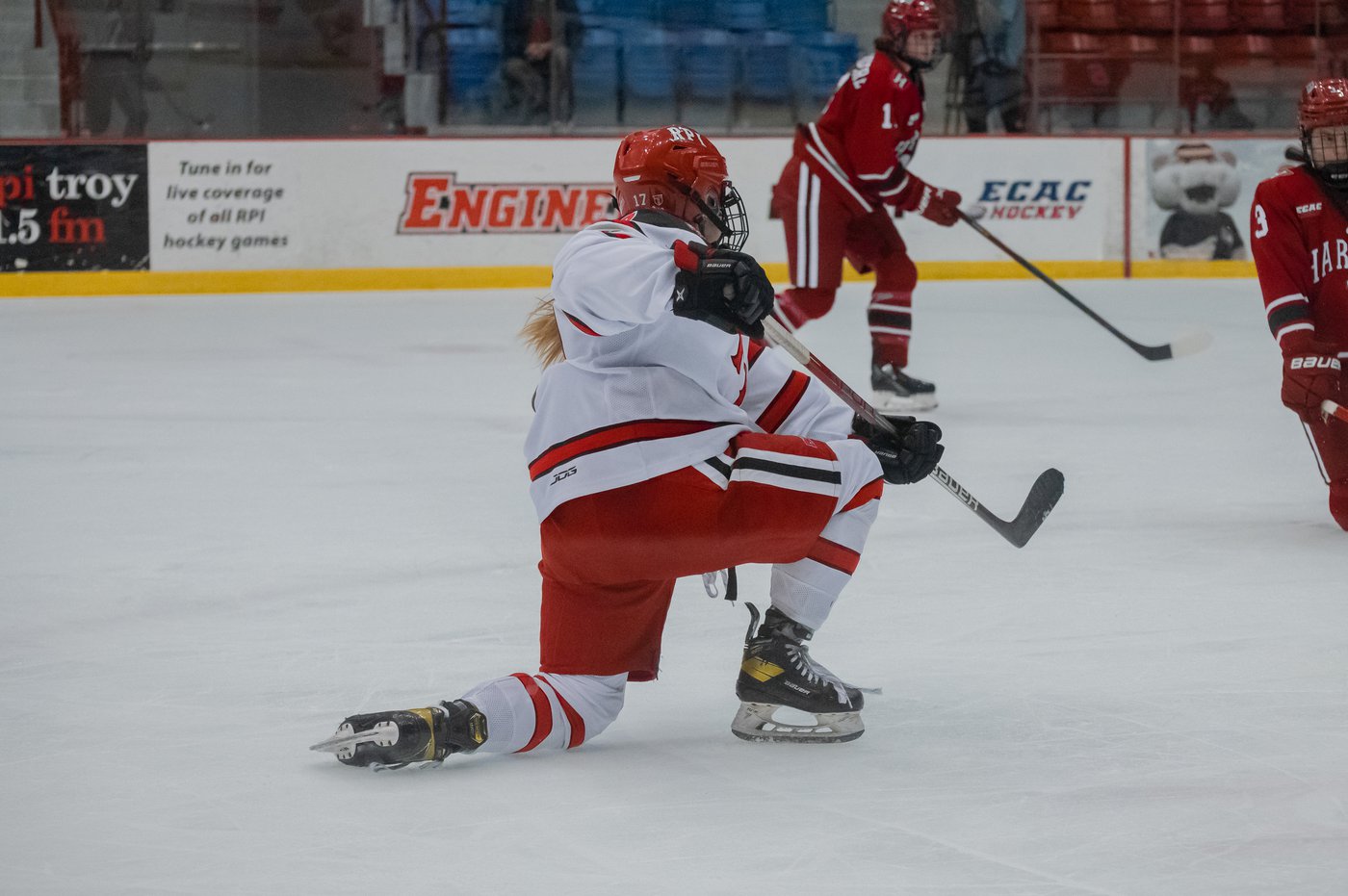 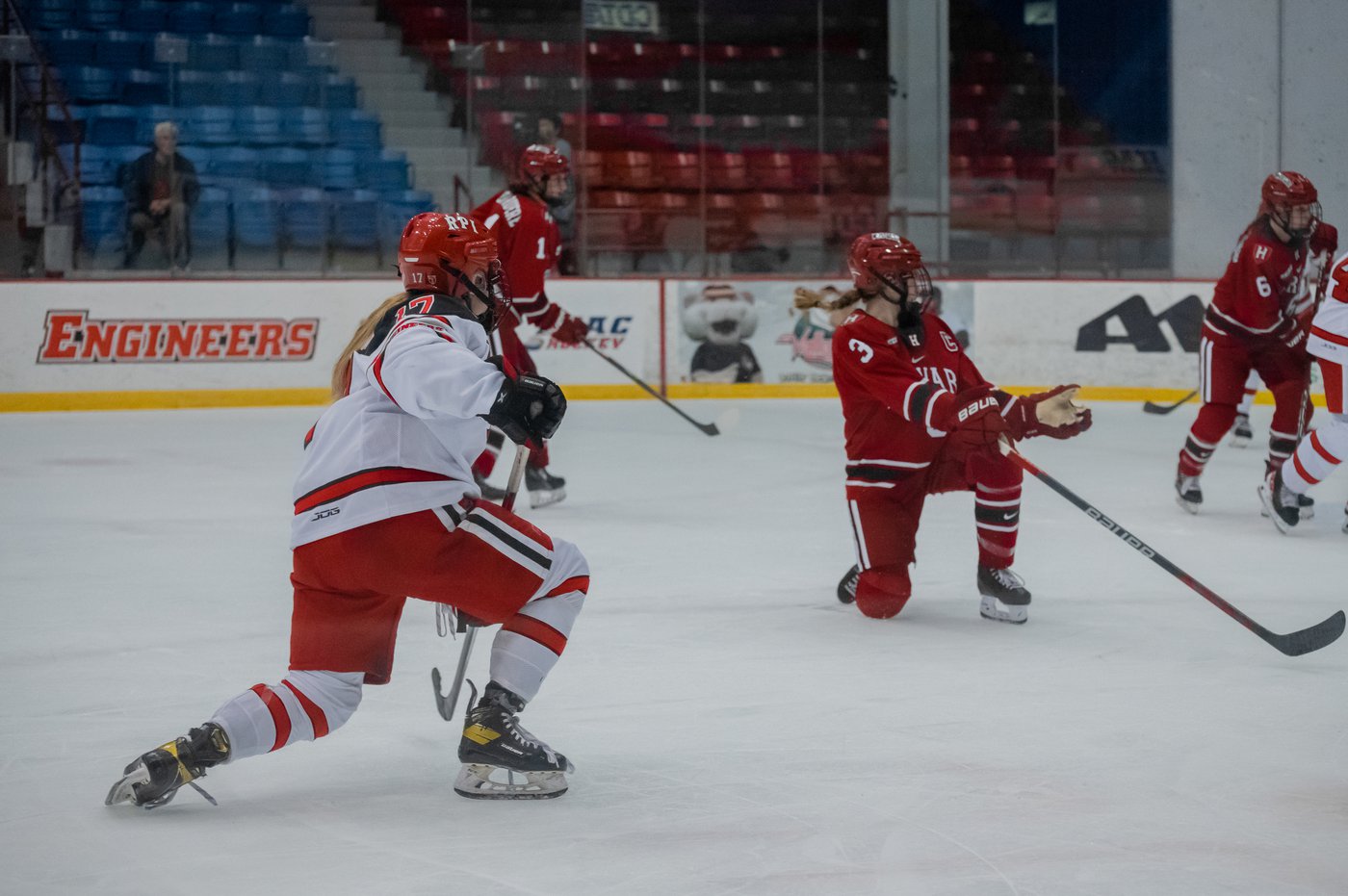 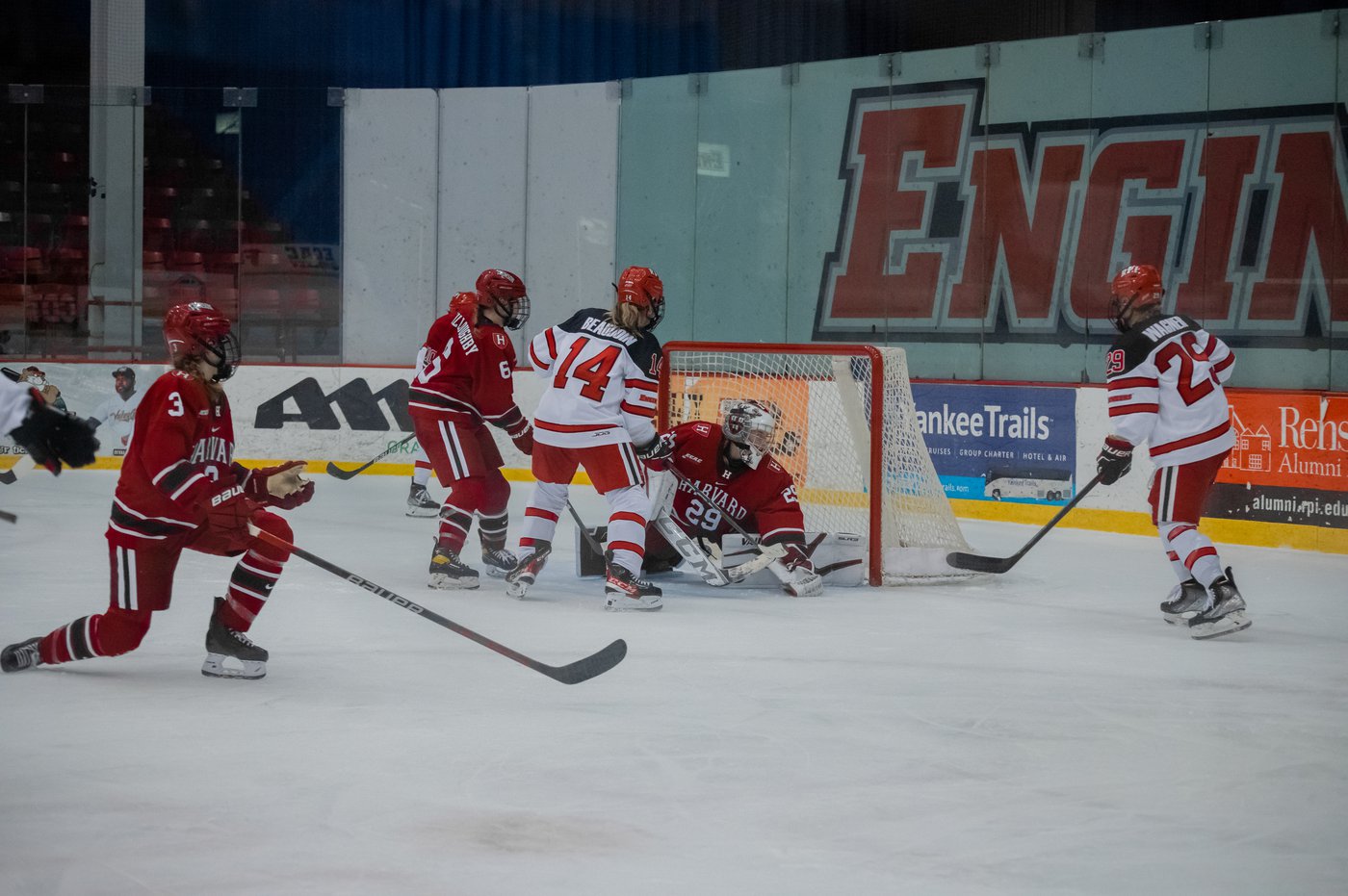 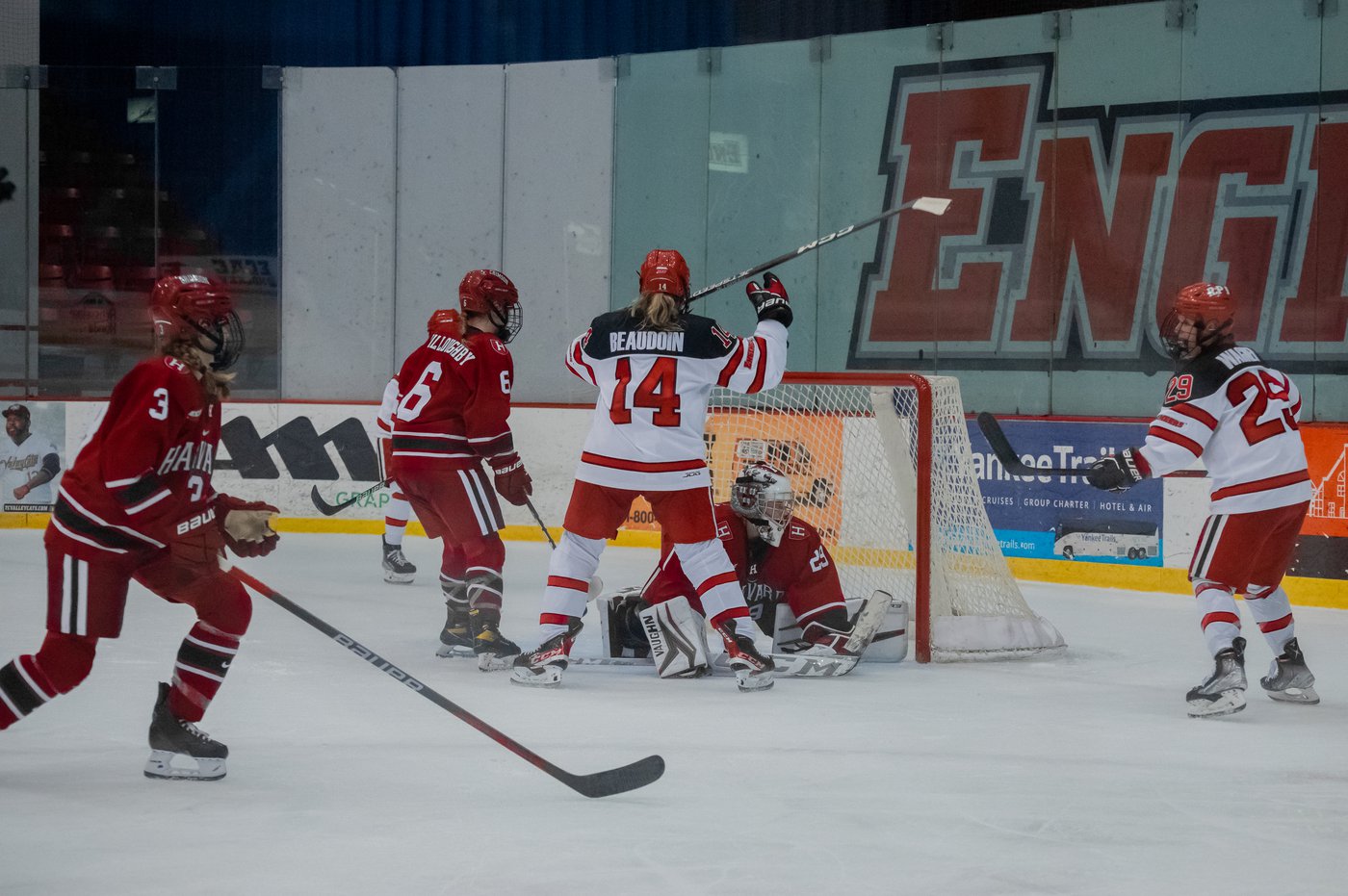 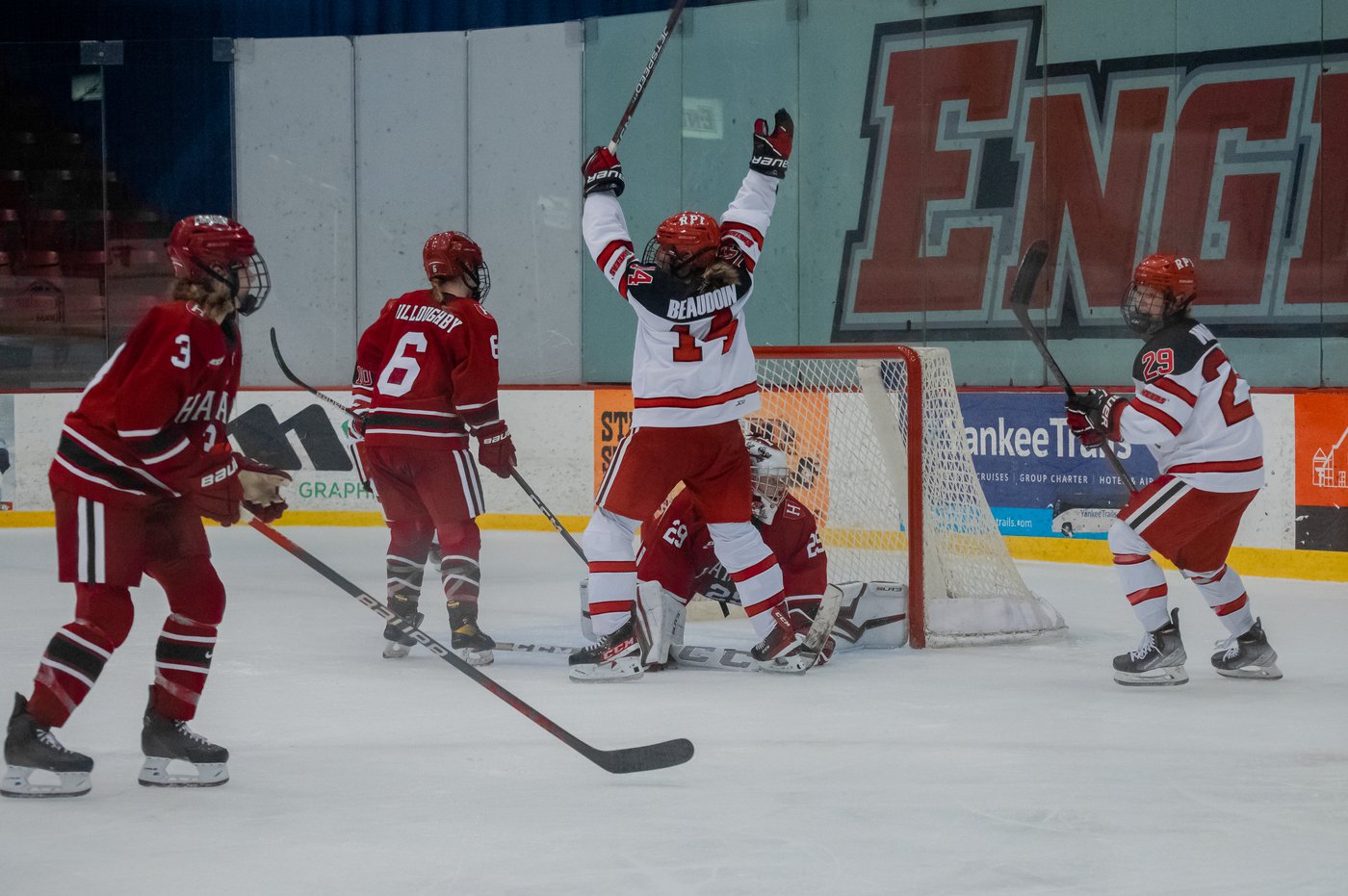 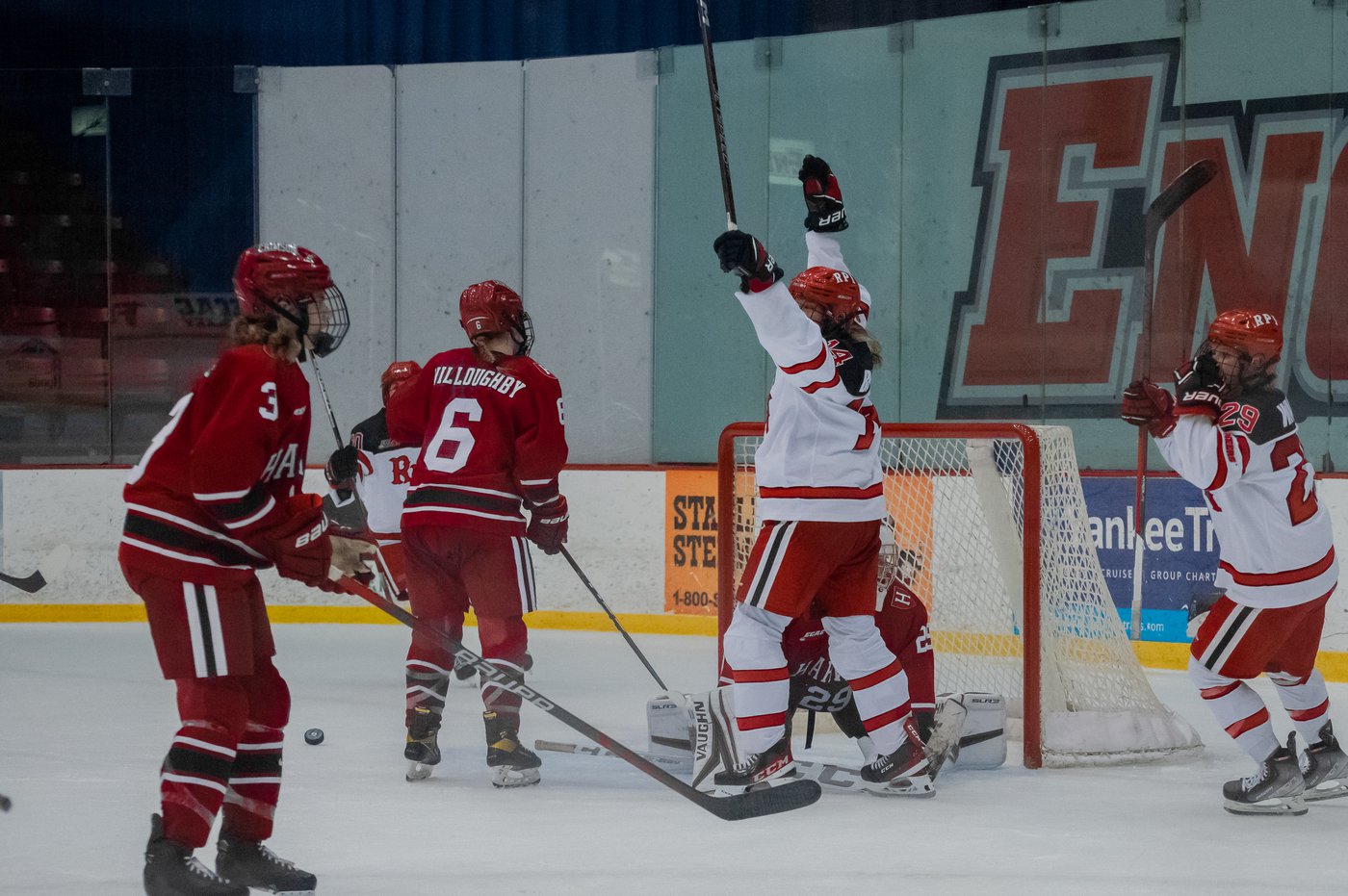