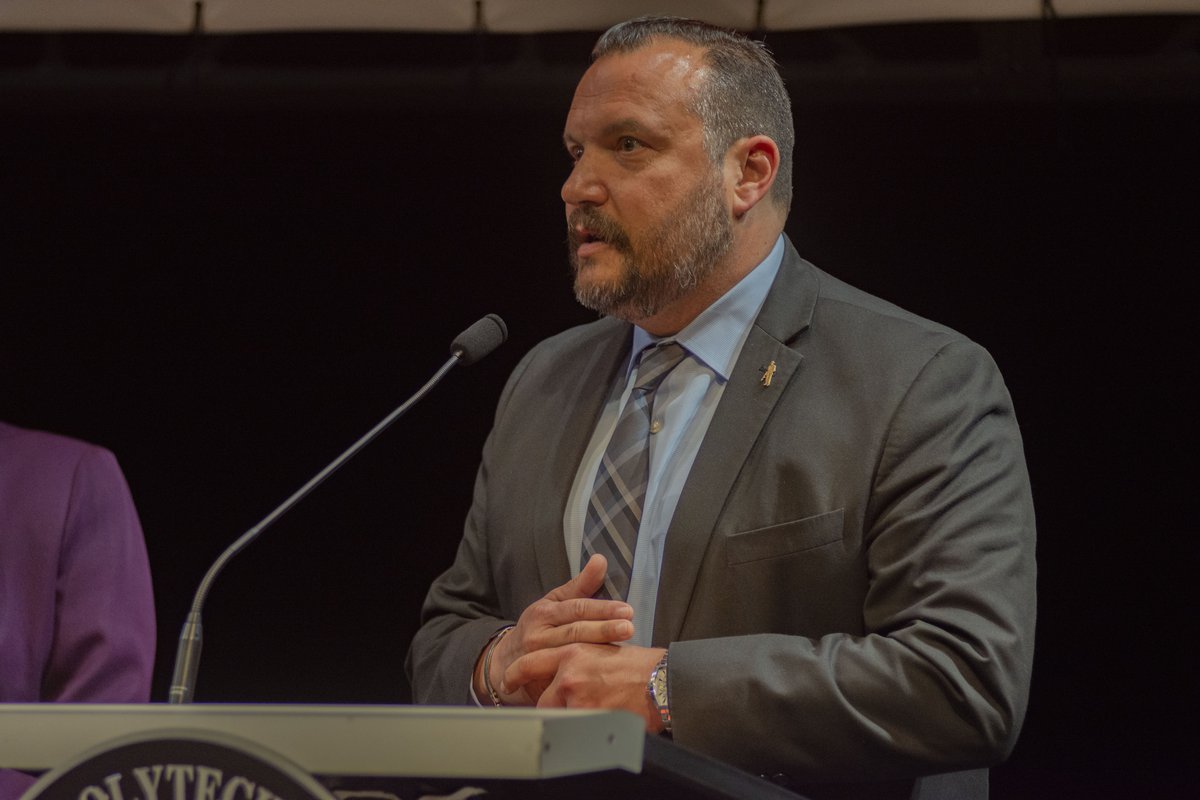 DIRECTOR OF PUBLIC SAFETY VADIM THOMAS EXPLAINS the difference between a traffic stop and a raid to the audience. Avery Sommer/The Polytechnic
By John Stotz October 28, 2019

“Given the recent uptick in campus shootings, why did PubSafe not issue any warning to shelter in place as soon as they were aware of something happening on campus?” asked a student during the Fall Town Meeting in reference to the recent incident in which a SWAT team apprehended someone near the Darrin Communications Center on October 16.

Associate Vice President and Director of Public Safety and Emergency Management Vadim Thomas defended Public Safety’s actions. “There was no need to shelter in place since the pursuit was over in approximately one minute,” he said.

He also said that the Department of Public Safety had no knowledge that the pursuit or arrest was going to happen and that they don’t issue an alert unless “we know the facts.” He explained that they had to speak to the Troy Police Department, and once they got the information, they put out the alert.

The student asking the question specified that the first alert from Public Safety was sent an hour and 36 minutes after the incident. Thomas refuted this point: “The alert that was issued was not issued 1 hour and 35 minutes later ... it was actually issued approximately 45 minutes later.”

Jackson said that because of how fast the incident happened “there wasn’t time to really issue a beforehand alert.” She acknowledged that they could have done more to explain to the Rensselaer community what happened after the incident and committed to doing that in the future.

The student also asked what the plans are to develop additional relations with the Troy Police Department. Thomas said that “we have good relationships with Troy Police Department,” but that TPD doesn’t have an obligation to tell Public Safety about any operations. “They let us know out of courtesy and professionalism,” he said.

Another student asked why the incident was called a traffic stop “when it was really a raid by Troy Police.”

He also explained that, at the same time as the on-campus incident, there was police activity involving search warrants in other locations in Troy and that Public Safety wasn’t aware of them until later.

The full Fall Town Meeting was recorded by RPITV and can be viewed below.