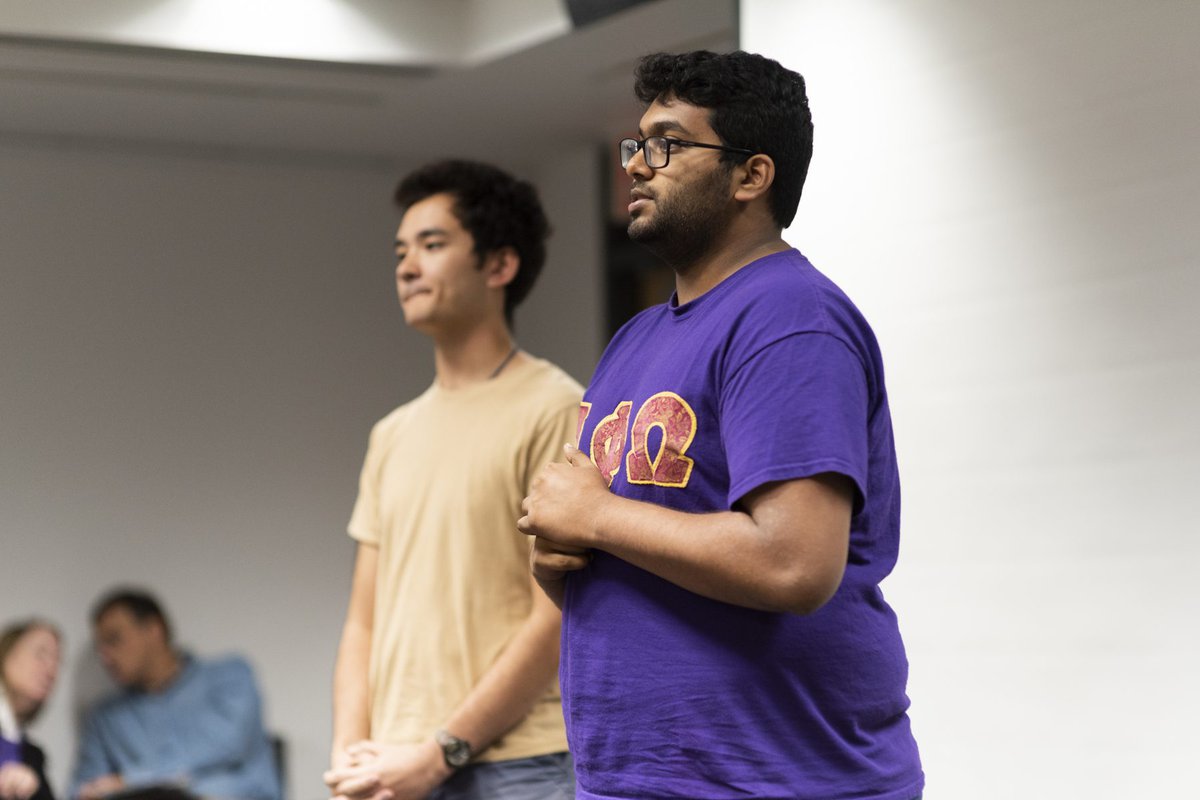 MEMBERS OF ALPHA PHI OMEGA ASK the Board for buses to attend a community service trip. Nicholas Luczak/The Polytechnic
By Quinn Gangadharan September 26, 2018

On Wednesday, the Executive Board approved the opening of Halal Shack in the Union, gave money for buses to Alpha Phi Omega, and granted the African Students Association a starter budget.

Rensselaer Dining came before the Executive Board to request permission to add a new dining service into the Union for the year, the Mediterranean-American crossover, Halal Shack. The need for this, was that after the approval for the Panera, Thunder Mountain Curry needed to relocate to the Rathskeller and reduced their hours to 11 am–2 pm on weekdays. This leaves a significant portion of the week where they would neither be serving students nor generating revenue.

General Manager Matt Mueller met with the Business Operations Committee last year to see what options students might want to supplement this. Halal Shack was one of the finalists. At the University of Albany, Mueller said, Halal Shack is a student favorite, and samples which were brought onto campus generated student interest. The business is also eager to come to campus; it was started by a University of Albany graduate whose brother is a Rensselaer graduate.

One condition put forward was that Halal Shack will split the space with Thunder Mountain Curry. Halal Shack gets the space from 5 pm–10 pm on weekdays and 11 am–10 pm on Saturday and Sunday, but will not interfere with Thunder Mountain Curry’s operations. A second condition was that if approved, the service would be there until June 2019—after this point, it would be up for discussion again. The motion to approve this passed 14-0-1. Mueller asked if he could have the business come in as early as Monday, to which there was an overwhelming “yes” from the room.

Alpha Phi Omega sought $676 for two buses to Schenectady. The service fraternity has organized a day of service there, painting classrooms in a school for traumatized youth. Around 100 students are signed up for the event. Generally for the organization’s events, carpooling is used, but due to the sheer number of people attending, buses are safer in this case. The motion to give Alpha Phi Omega money for buses passed 14-0-1.

The other organization that presented was the African Students Association, which asked for a starter budget $1050 for African clothing, food, and traditional board games. Board member Andrew Kiselik asked about the club charging dues, to which President of the African Students Association Kofi Yankey said there were none this year, but it was being considered for next year. Business Administrator Martha McElligott pointed out that if the club claimed to have 80 members, a $10 annual due could provide almost everything the club wanted, only requiring $250 from the Union. After the members of the club exited the room, the Executive Board trimmed down the budget to $738, which passed 12-0-0.