FCC votes for neutrality | The Polytechnic

Posted on March 4, 2015 in Uncategorized by Joseph Shen, Senior Reporter 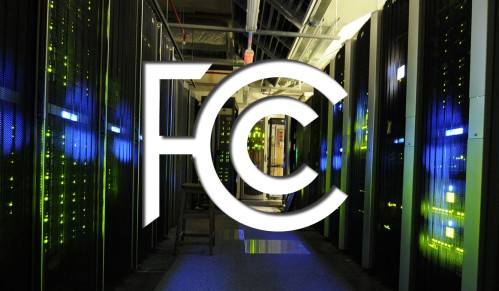 Courtesy of Wikipedia and the Federal Communications Commission

On Thursday, February 26, the Federal Communications Commission voted to enact Title II regulation on internet service providers, including cellular carriers, in an effort to protect “net neutrality.” The principle of “net neutrality” was that access to all websites should be equally favored, and that no sites should be blocked. This ruling would block ISPs from enacting paid “fast lanes” or prioritization of traffic, and reclassifies them as common carriers, similar to how telephone utility companies are currently regulated. The net neutrality debate has been a long one, garnering public and corporate interests on both sides of the fence.

The debate began in January 2014, after a federal appeals court struck down preliminary net neutrality rules enacted previously, and Comcast began to throttle the traffic of sites such as Netflix due to their high traffic and bandwidth usage. The two companies later reached an agreement where Netflix would pay Comcast to enable faster speeds, allowing for faster access to their site. According to Comcast, the high demands on bandwidth for streaming video sites such as Netflix caused strain on their network, and “paid fast lanes” such as this would enable them to provide faster and better service to their customers.

A number of companies, and much of the public at large, were discomfited by the idea that service providers could “hold hostage” sites such as Netflix in order to gain revenue. Many high-profile members of the tech industry, such as Google and Facebook, as well as a number of important personalities, such as so-called “Founder of the Web” Tim Berners-Lee, all called for equal and unrestricted access to all sites, without ISP interference. Proponents of net neutrality called for a revision of the rules to protect open access, and the FCC responded by pledging to make a decision on the matter. During the following comment period, over four million comments were received by the FCC.

As the vote drew closer, opponents of net neutrality began to speak out against it. Telecommunications companies such as AT&T and Verizon, as well as hardware companies like IBM, Intel, and Cisco, believed that enacting net neutrality rules would cause a decrease in investment in infrastructure, decrease competition, potentially increase taxes, enact unnecessary regulation, and create barriers to entry into markets.

According to the opponents of net neutrality, the enacting of Title II regulation, which would bring about net neutrality, would also result in decreased service and increased government regulation. Tom Wheeler, chairman of the FCC, responded, however, saying, “this is no more a plan to regulate the Internet than the First Amendment is a plan to regulate free speech.”

Last Thursday’s vote saw passionate speeches from both opinions; in the end, the vote passed, 3-2. The debate is not yet over, though. Many supporters and opponents of net neutrality alike have remarked that Congress and the Judicial Branch still have the ability to strike down the new regulation, through new legislation or lawsuits, respectively. The new rules will go into effect within 60 days, barring any challenges.