Miles Thomas has been elected Class of 2026 President and Addison Mulder has been elected Class of 2026 Vice President under the ballot changes from this semester. Thomas won with 311 votes against Henry Hanson with 159 votes and Liam Coll with 120 votes. Mulder won with 297 votes against Arjun Nimmakayala with 157 votes and Chieko Imamura with 114 votes. Both Thomas and Mulder won just over 52 percent of their votes. According to the Elections Commission, 657 freshmen—a 32 percent turnout rate—voted in the elections.

First-years who were unable to vote in the election will have a chance to vote again for their Sophomore representatives during Grand Marshal week in the spring. 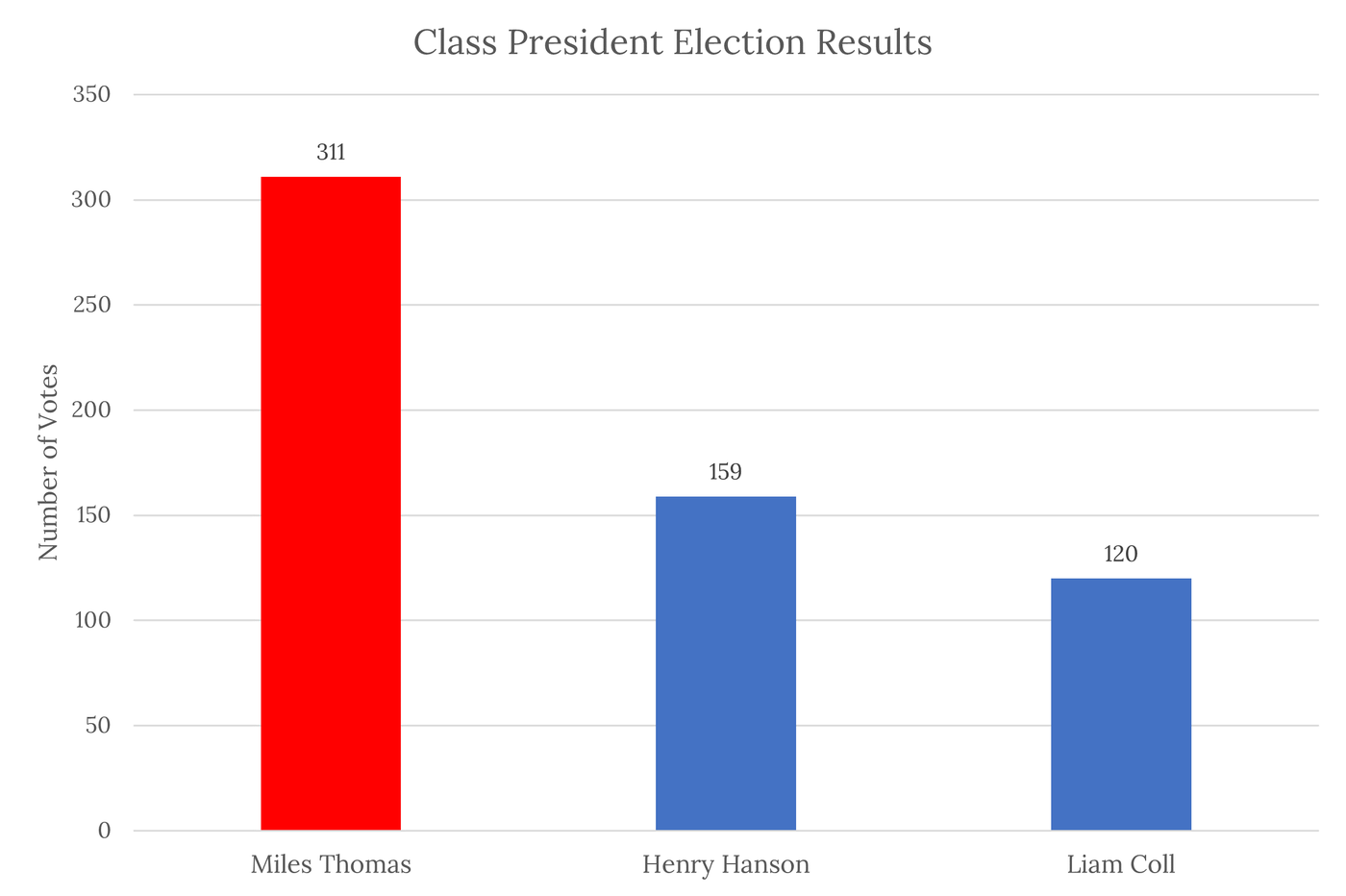 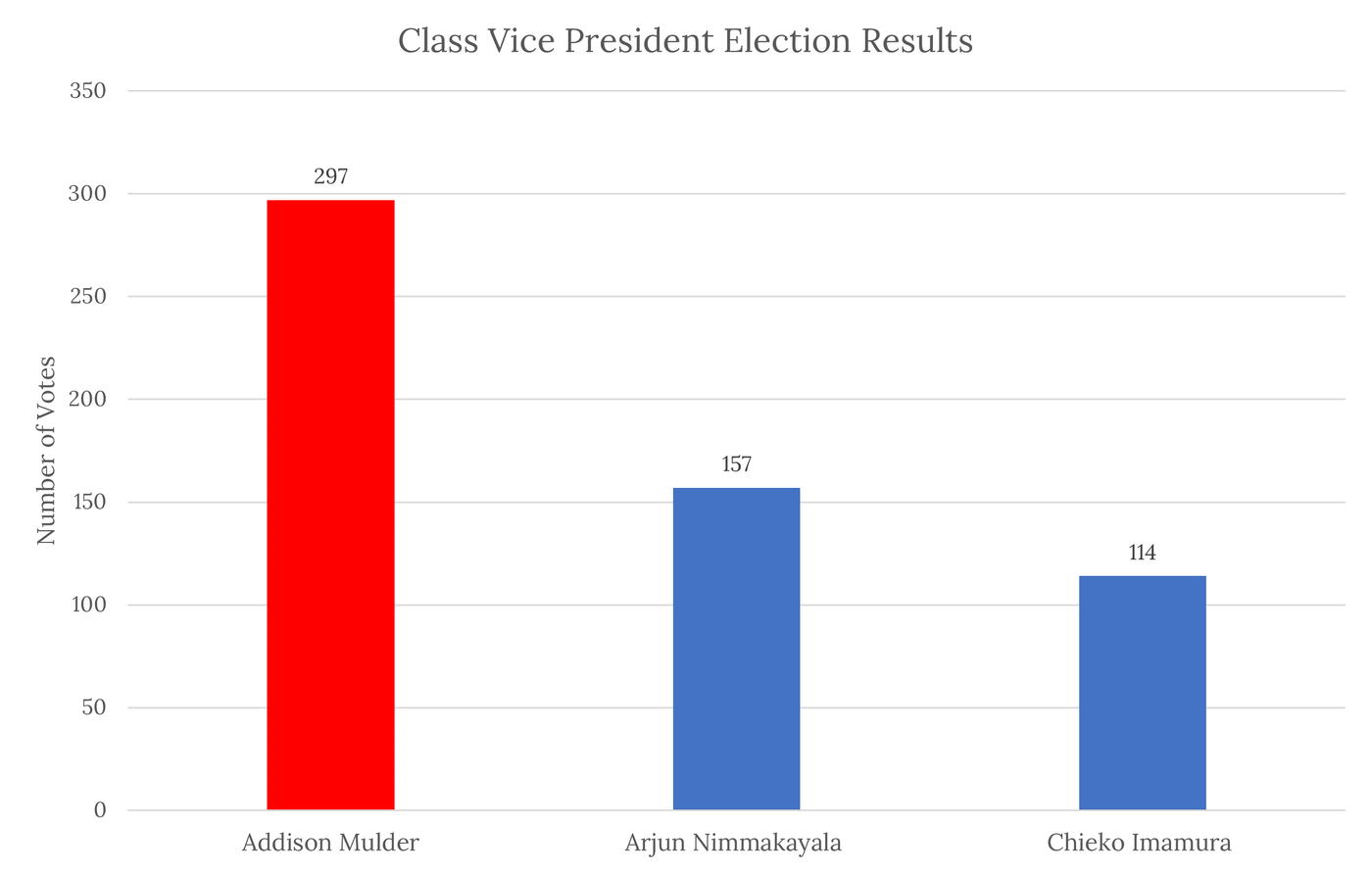 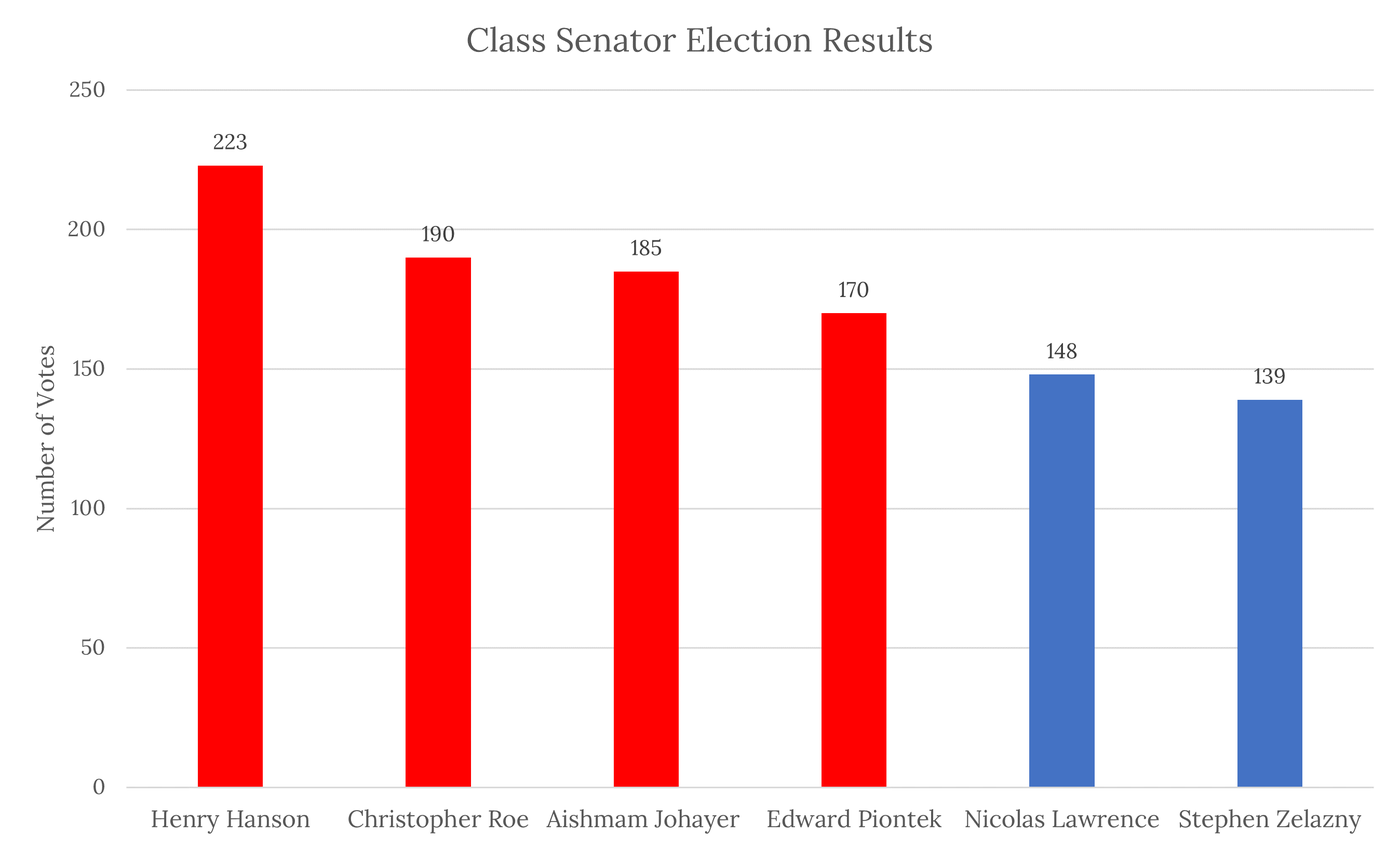 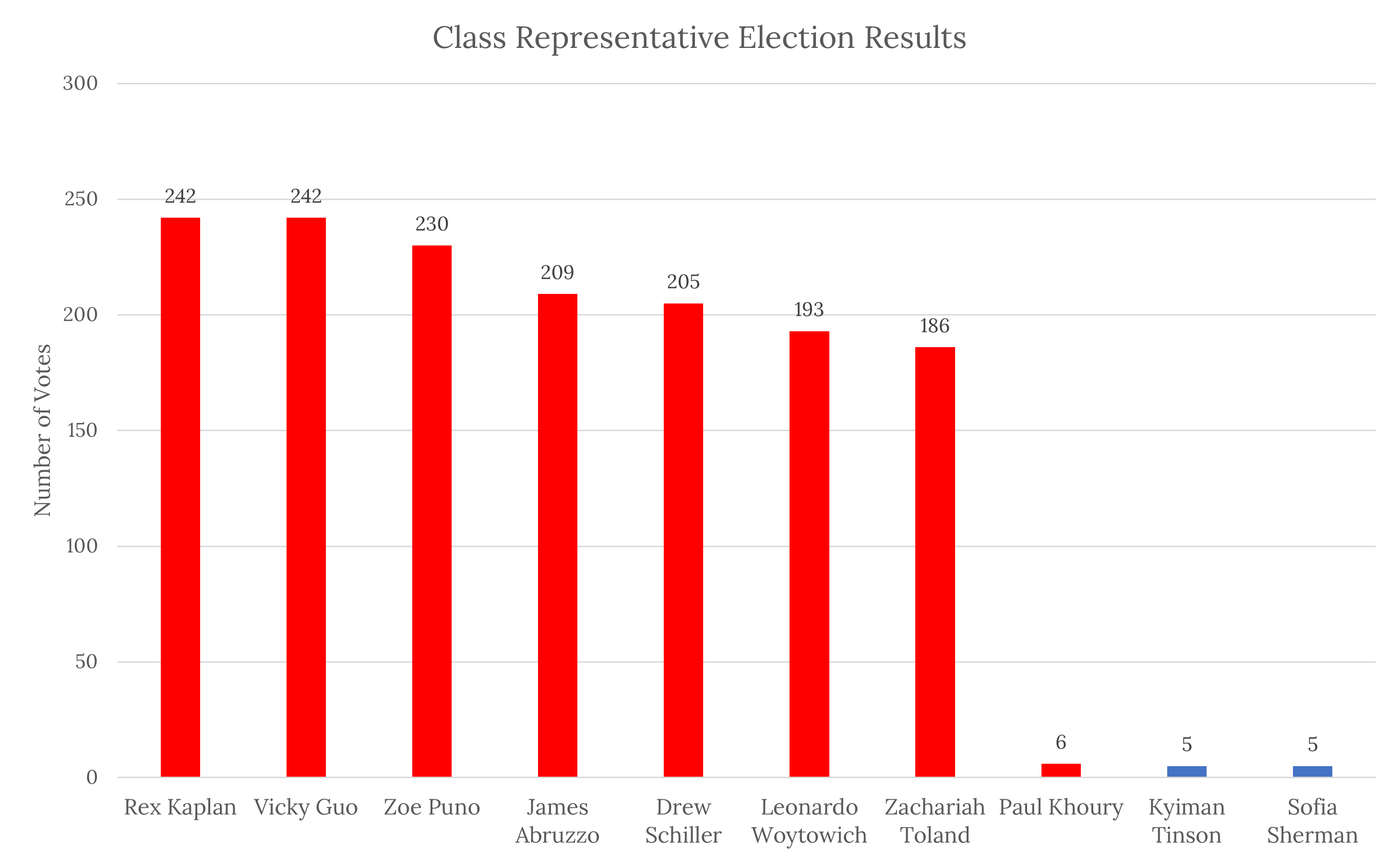 Colonie B residents cannot move back until Spring

Senate rejects proposal to increase class dues by one dollar