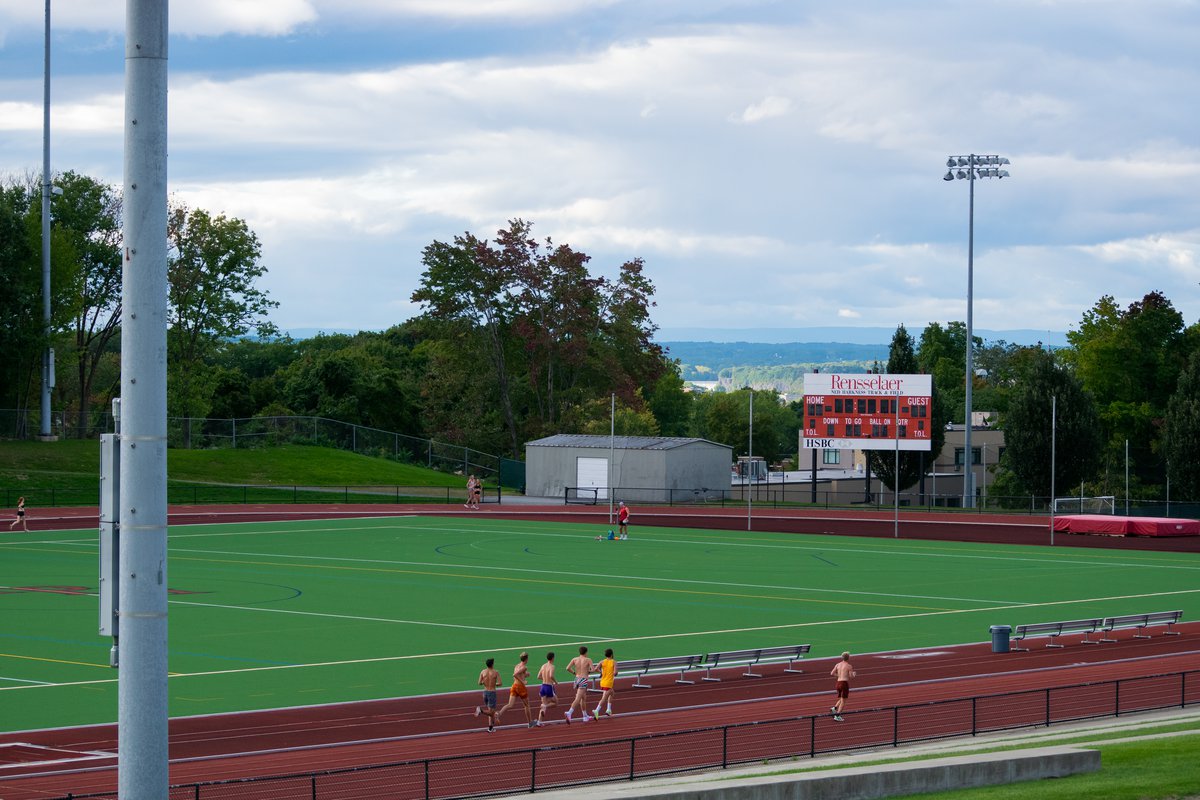 The Harkness field and the main East Campus Athletic Village gym went through heavy renovations over the summer. Facilities Operations Manager Scott Sasenbury ’97 talked with The Polytechnic about the renovations made.

Sasenbury explained why the renovations needed to be made to the main ECAV gym, noting it had to do with updates to the basketball league’s rules. “There’s been many rule changes with some of the lines. Most notably, the three-point line also changed the restricted-arc area underneath the basket.” One option could have been to add more lines to the court, but with enough lines, Sasenbury worried that it would have to be redone eventually. The three-point line arc of the basketball court is no longer a true half-circle but comes down to a straight line along the sides. Renovations for the main gym included a “deep sand and a full repaint of the court,” as well as a change from a two-inch line to a one-inch line for the side courts. Furthermore, a new side court line was added to accommodate the men’s league lines. “Other schools within our Liberty League and across the U.S. had to do this because of changes to some of the rules.”

Sasenbury said he was happy with the finish, as well as getting the renovations done over the summer instead of “squeezing it in the winter months.” Due to COVID-19, changes to the auxiliary gym have not been made and instead will be done over the winter. Sasenbury did not disclose the cost of these changes but remarked that the renovations made were worthwhile to upkeep the rules. Instead, Sasenbury mentioned the annual cost of renovating the gym is $5,000–$7,000. The changes made this year took more time and cost more.

The Harkness Field went through a full-field replacement. Before the renovations, the Harkness Field used a rubber-pellet infill. “It’s a totally different technology,” Sasenbury started. The new field is made out of polypropylene fibers. Notably, this field can now be watered before games, allowing for more accurate ball movement. The water connection equipment is not completely finished yet, but it should be completed soon. There are no soccer lines on the Harkness Field now as well. “We really don’t use that field for varsity soccer,” Sasenbury explained, “we do have soccer lines on the field below as well as in the stadium; club soccer will tend to practice and play on Renwyck in addition to the stadium at times.” Since the new field allows for watering before games, water trenches were necessarily added to the field on the perimeter. This should also address an issue of flooding on the field. The field therefore better accommodates contact play due to a two-inch elastic layer that gives more cushioning. “Our teams love it,” Sasenbury said. “It was almost a competitive disadvantage and a recruiting disadvantage not to have a true field hockey surface.”

Sasenbury later wrote in an email to The Polytechnic, “we could not have completed these projects without the support of our Campus Planning, Physical Plant, and Environmental & Site Services staff. Their continued support with all projects is critical and we are grateful for their collaboration and their full support.”

Correction: A previous version of this article stated that the water equipment would be done soon. It is unknown when the water equipment will be done as it is contingent on a water line connection. The Polytechnic regrets this error. The article also now contains the fact that the renovated Harkness Field is made out of polypropylene fibers.

Goals for the future: an interview with President Schmidt