RPI Quidditch given additional $5,000 for travel to nationals 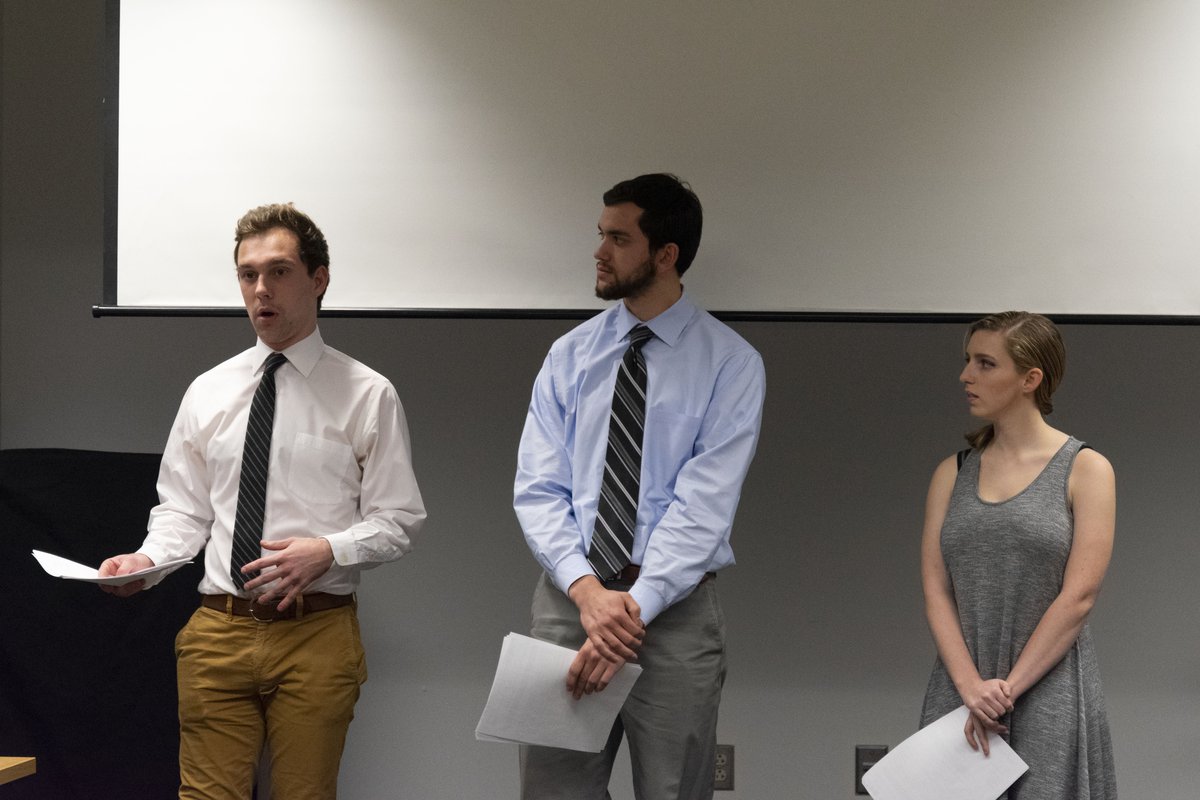 MEMBERS OF RPI QUIDDITCH EXPLAIN why they would appreciate additional subsidy for their travel to nationals. Avery Sommer/The Polytechnic
By Brookelyn Parslow February 13, 2019

The Executive Board gave RPI Quidditch an additional $5,000 to attend the 2019 U.S. Quidditch Cup, approved a new ticket sale program for the RPI Players, and approved the purchase of six additional Chromebooks—primarily for use during elections—on Thursday.

After the team’s best-ever showing at regionals, RPI Quidditch qualified for the 2019 U.S. Quidditch Cup in Round Rock, Texas. The club—which was founded in 2010—has qualified for nationals for the past six years and is ranked fourth out of college teams in the United States.

The location of the Quidditch Cup varies, but this year and the previous year both have the same venue. Last year, each of the twenty one team members paid $590.10 to participate in nationals in addition to the $4,000 subsidized by the Union. Members of RPI Quidditch came before the Board to request additional funding, so that they could focus on training and preparing rather than “scrounging” for money to attend the competition.

The initial motion brought to the floor would have given the club an additional $2,000, but members of the Board felt it deserved more. The amendment to change $2,000 to $5,000—which was moved by Union Club Operations Committee Chairperson Caitlin Kennedy ’19—passed 15-1-0, and the entire motion to reallocate these funds from the Fiscal Year 2019 travel contingencies fund passed with the same vote count. Based on last year’s travel costs, this additional subsidy will bring the per-person price down to $352.

In recent history, the RPI Players have struggled to have a reliable ticket printing system, and have been looking into outsourcing it. Arts People is a “complete box office solution” that covers reservations, seating charts, ticket printing and, money management, and offers month-to-month contracts that only charge based on the tickets sold. The use of the service would add 65 cents to each ticket price, plus a small fee for credit cards used.

Arts People would also allow RPI Players to have a more traditional ticket reservation system. Currently, reservations only set aside a ticket, rather than actually selling one. With Arts People—which has been unofficially authorized by Director of Information Security John Fisher, as long as credit cards are used by patrons on their own phones or computers—tickets will be sold online in advance of the show.

This system will go into place before the showing of Sweeney Todd and will not affect the previously-advertised prices. The fees associated with Arts People will just be “absorbed,” as RPI Players anticipates a higher turnout for this “big-name” musical. The motion to approve the use of Arts People and to absorb the per-ticket service and credit card processing fees in the original ticket costs passed unanimously.

Union Policies Committee Chairperson David Raab ’19, who is also the lead systems administrator, came before the Board to request six additional Chromebooks, specifically following a request from the Elections Commission. To combat long wait times at polling stations, the Elections Commission plans to run another polling station and also have more Chromebooks at all of the pre-existing stations.

There are currently seven Chromebooks kept in the Administration Office. They were primarily purchased for use during the elections, but can also be used to track attendance and verify a student’s cohort or age. One laptop is currently stationed in the Clubhouse Pub, and others are rented by clubs, the Mueller Center, and class councils. Vice President of the Union Anissa Choiniere ’20 expressed concern that not enough clubs know that Chromebooks are available to them, and that this should be marketed better so that the laptops get more use.

Choiniere said that a reserve fund should be started, so that when these computers need to be replaced, that money won’t come out of contingencies. Graduate Representative John Jacangelo suggested building this into the administration office budget during the next budgeting season.

The motion to reallocate $1,600 from the club contingencies fund to the administration office budget for the purchase of six Chromebooks and cases passed 15-0-0.

During the director’s report, Director of the Union Charlie Potts and Marketing & Strategy Chairperson Alex Schneiderman ’19  presented some design boards for the hearthstone and fireplace that were approved on January 17.

Potts and Schneiderman held up sketches of the space, which is on the north wall of the McNeil Room, and potential materials for the columns, carpet, and walls. The plaques that list all of the former Grand Marshals and Presidents of the Union, and the portraits of former Director of the Union Rick Hartt ’70 and founding Director of the Archer Center Linda Teitelman McCloskey would be relocated to the walls around the electric fireplace.

Potts explained that the goal is to make the space look and feel warm, as it is “definitely intended to be a memory space.” He envisions students, parents, and alumni taking commemorative photos together at this hearthstone.

No formal vote was made by the entire Board to approve the materials; they are currently being ordered so that the construction can be completed over Spring break. 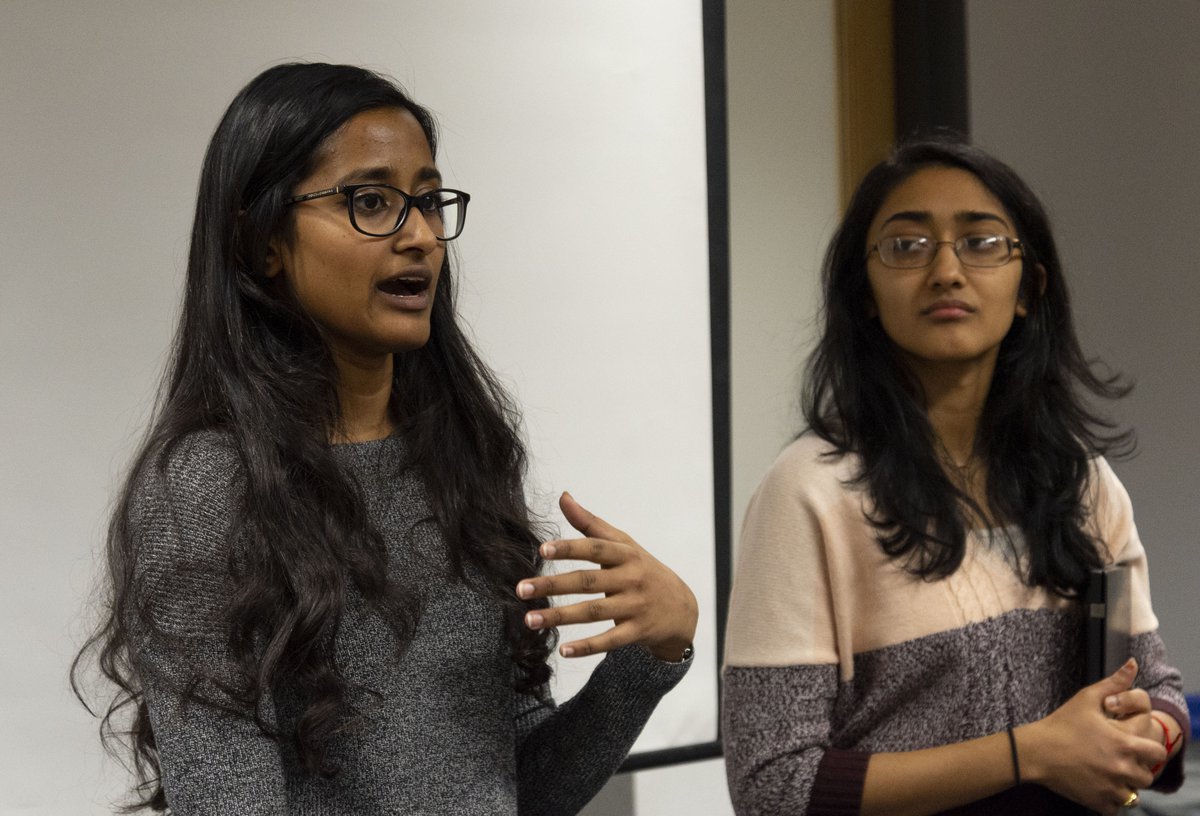