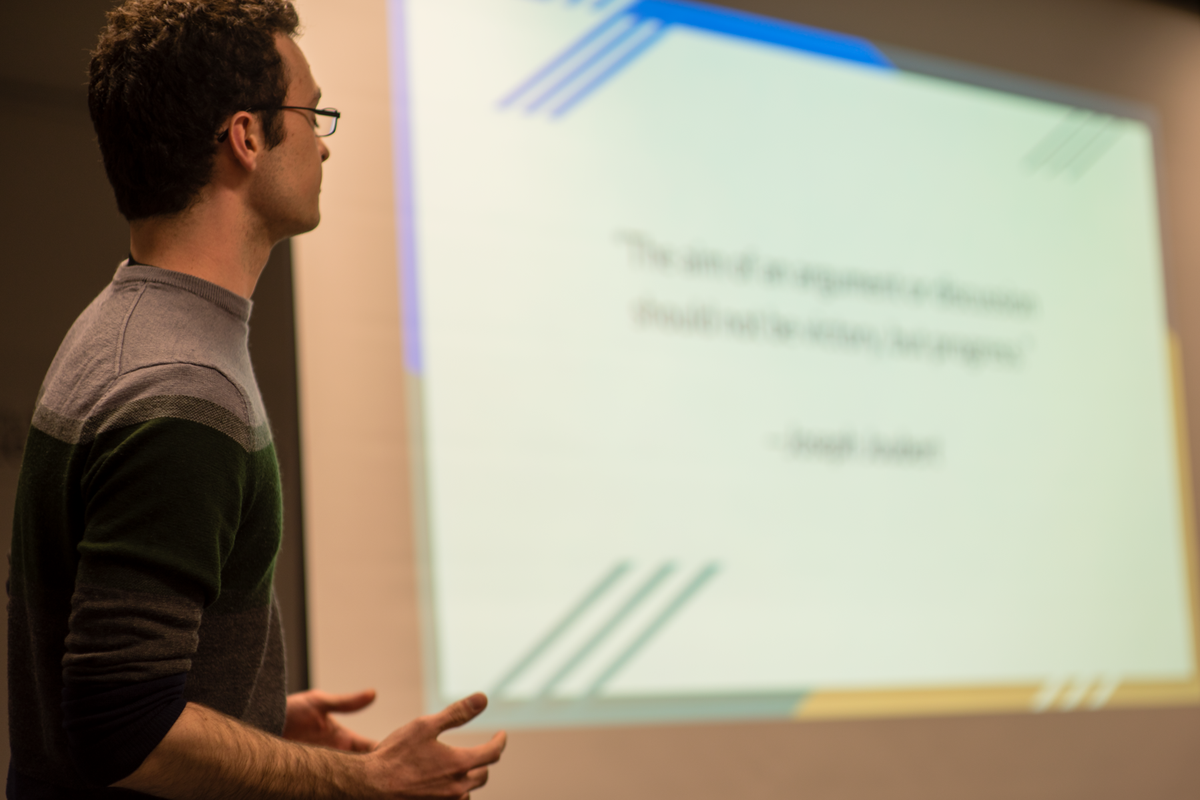 The Student Senate held its second to last meeting on Wednesday. The Senate planned to wrap up the year by presenting a finished senator guide, announcing the annual Lupus Walk, and approving a motion which aimed to outline the election and appointment of a student representative on the Faculty Senate.

At the conclusion of the committee reports, the Senate moved on to special orders of the day. Senator Steven Sperazza ’18 started off this portion of the meeting by presenting his committee’s new senator guide.

The purpose of the senator guide is to allow for a smooth transition for newly elected members of the Senate, as well as to have a reference for key senator responsibilities. The guide aimed to be as “agnostic as possible,” so as to prevent any reader opinions from reducing the efficacy of the guide. The guide was delineated into key components, giving an introduction of the first steps a senator should take after being elected, a brief overview of how Student Senate works, an outline of the project writing process, tips on how to be an effective debater, an overview of Robert’s Rules, and some suggestions on how to work with administrators in a professional manner. The guide was well-received by senators, as the process to become a senator can initially offer some challenges.

After Senator Sperazza’s presentation, Project Lead Naya Hill and Community Relations Committee Vice Chair Isabella Arroyo presented their progress on the second annual Lupus Walk. The presentation began with some context as to why the event is so important. Hill explained that about 1.5 million Americans are affected by the autoimmune disease lupus—a majority of whom are women of color—and that there is currently no outright cure. Arroyo went on to say that, “For 17 years, the Walk with Us to Cure Lupus program has raised over $28 million for lupus research,” and that they hoped to contribute to that effect.

The second annual Lupus Walk—which will be held on April 21—will start on the ’86 Field and make a loop through Troy, including Sage College campus, and will eventually return to the ’86 Field for a comfortable hour-long, two-mile walk. After the walk, the ’86 field will feature food from Troy Waterfront Farmers Market favorites such as Muddy Trail Jerky Co, Muddaddy Flats, and O’Malley’s Oven. The event will also offer lawn games, tables for eating, speakers with music, and raffle drawings. Last year’s walk had an attendance of about 30 people, but because of improvements in the efficacy of advertising this year, Hill and Arroyo hope to see an upturn in this year’s attendance.

After the well-received and highly praised presentation of the Lupus Walk, the Senate then moved to new business, where they considered a new motion concerning the appointment of a faculty member representing the student body on the Faculty Senate.

The position was traditionally filled whenever the grand marshal chose someone that they felt would do a good job, or someone who had been recommended by the previous representative. Grand Marshal Justin Etzine ’18 expressed that it would be beneficial to leave this decision up to the student body, who he believes would do a better job of selecting a popular faculty member than any single grand marshal. Senator Sperazza made his opinion on the motion clear when he said, “This seems appropriate, this seems well written; I think this is a good idea.” The motion was passed unanimously 18-0-0.

The 48th Student Senate will hold its last meeting of its term on Wednesday, March 28 in the Shelnutt Gallery.