MEMBERS OF THE SENATE LISTEN to a presentation on potential changes to the 2019 Elections Handbook by Elections Commission Chairperson Zachary Taylor ’21. Nicholas Luczak/The Polytechnic
By Nicholas Luczak November 17, 2018

On Monday, the Student Senate voted on changes to Pre-Campaign Guidelines as proposed by Elections Commission Chairperson Zachary Taylor ’21, discussed a presentation on the work-in-progress 2019 Elections Handbook, and voted to impeach Independent Senator Anthony Dai.

The motion to change the elections processes was initially brought to the Senate in the meeting on November 5; however, the relevant documents were not distributed to the Senate prior to the meeting and multiple concerns were expressed with the changes presented, so it was tabled to Monday’s meeting.

In an email to the Senate following the Elections Commission’s Friday meeting, Taylor expressed his concern: “I’m really disappointed. Despite all the discussion and passion that some of you had during Senate on Monday, I have received zero email responses to my earlier email, and no senators were in attendance at tonight’s EC meeting. I know I said I’d just put the same document through senate again just to spite you all, but we decided to make some changes anyways.”

“We took a lot of the feedback that we got, or rather didn’t get, from everyone over the weekend following last Senate meeting,” expressed Taylor. The changes affected pre-campaigning and how it’s defined; an Intent to Run Form is no longer necessary to meet with their respective incumbent and the director of the Union, and candidates no longer have to schedule these meetings through the Commission.

The “Intent to Run” article of the Pre-Campaign Guidelines was created with the purpose of allowing candidates running for grand marshal, president of the Union, or undergraduate president to meet with “their respective incumbent, the Director of the Union, staff from the Archer Center, the Dean of Students, and the Vice President of Student Life] in order to: garner information about the role they intend to run for; solicit advice on campaigning from all but the incumbents; and best prepare themselves to eventually fill their intended role.”

When asked whether there was a conflict with intent to run meetings and the clause in the pre-campaigning policy forbidding “addressing campaign-related questions,” Taylor responded, “The purpose of that point specifically is people discussing [with] the potential candidates anything. So like, talking about a potential candidate’s postering—what they’re going to do for that—what their posters are going to look like, how they’re planning on running events, what their platform is going to be, how they are planning on getting their information out: those are all things that are specific to someone’s campaign and is not specific to the role. So if they’re talking about that sort of thing within a meeting, that’s specifically not allowed.”

When asked if the Commission would be able to regulate what was being said during the meetings he went on to say, “the EC has to remain impartial. We really can’t go into these meetings with them, that’s against the spirit of us being impartial with all the candidates […] If people are going to have these meetings, there’s nothing stopping them from just getting together with one of their friends who’s in one of these positions, or someone asking for that help anyway without filing one of these forms. But, the whole reason for people to file one of these forms are for people genuinely looking for help with, or information about, the role they’re going to fill, rather than campaign.”

The motion to approve the Pre-Campaign Guidelines passed 16-1-1.

The EC also presented many changes in the proposed 2019 Elections Handbook, but it was not voted on or formally approved.

One of the major proposed changes included the creation of the candidate managers to replace campaign assistants. These new managers will “assist in entering nominations on the elections website,” “act as general counsel in their campaign,” and must only manage one campaign. With these proposed changes, two candidates would be able to run together by declaring each other as campaign managers. However, friends and supporters can still poster and assist in campaigns without Elections Commission oversight.

The most “contentious” change to the handbook, according to Taylor, was increasing the necessary number of nominations to run for all class senatorial positions, including president and vice president, as well as Greek senator and independent senator.

The original numbers were 100 for Greek senators; 75 for class presidents, vice presidents, and senators; and 30 for senior class representatives. The intent behind the increase in these numbers was to ensure that the number of nominations more accurately represent the division of labor in the Senate.

Facilities and Services Chairperson Nancy Bush ’19 explained that a majority of seniors live off campus and take specialized classes with “the same 40 people.” This change would likely make it difficult for seniors wishing to run for these positions to get all the nominations when compared to classes who live on campus and have easy access to their cohort. Advaith Narayan ’21 also explained that the Arch makes it difficult for juniors to get nominations when about half of the class will be away for the Arch. There were also multiple concerns that this change would encourage write-in campaigns, as it would be easier than getting the required nominations.

During a strawpoll vote proposed by Nicholas Dybas ’21, the Senate made their opinion clear, with two members in favor of increasing the required number of nominations, 10 in favor of keeping the requirements the same, and one person in favor of lowering them.

A motion to approve changes to The Bylaws of the Rensselaer Union Executive Board that made the Multicultural Leadership Council a permanent committee of the Board was passed.

At the end of the meeting, Student Life Committee Chairperson Bryan Johns ’19 called for a vote to impeach Independent Senator Anthony Dai due to multiple unexcused absences. According to the Senate Bylaws, two or more unexcused absences provides sufficient reason to impeach a senator for negligence. The motion passed 7-3-7, and the Senate will hold a hearing next week to determine whether Dai is dismissed from his position.

When asked by The Polytechnic if any progress had been made on the preferred names policy, Grand Marshal Stef Warner ’19 said that she hadn’t heard back from the Registrar, but that she’ll ask again. “I did reach out twice—third time’s a charm,” she added. 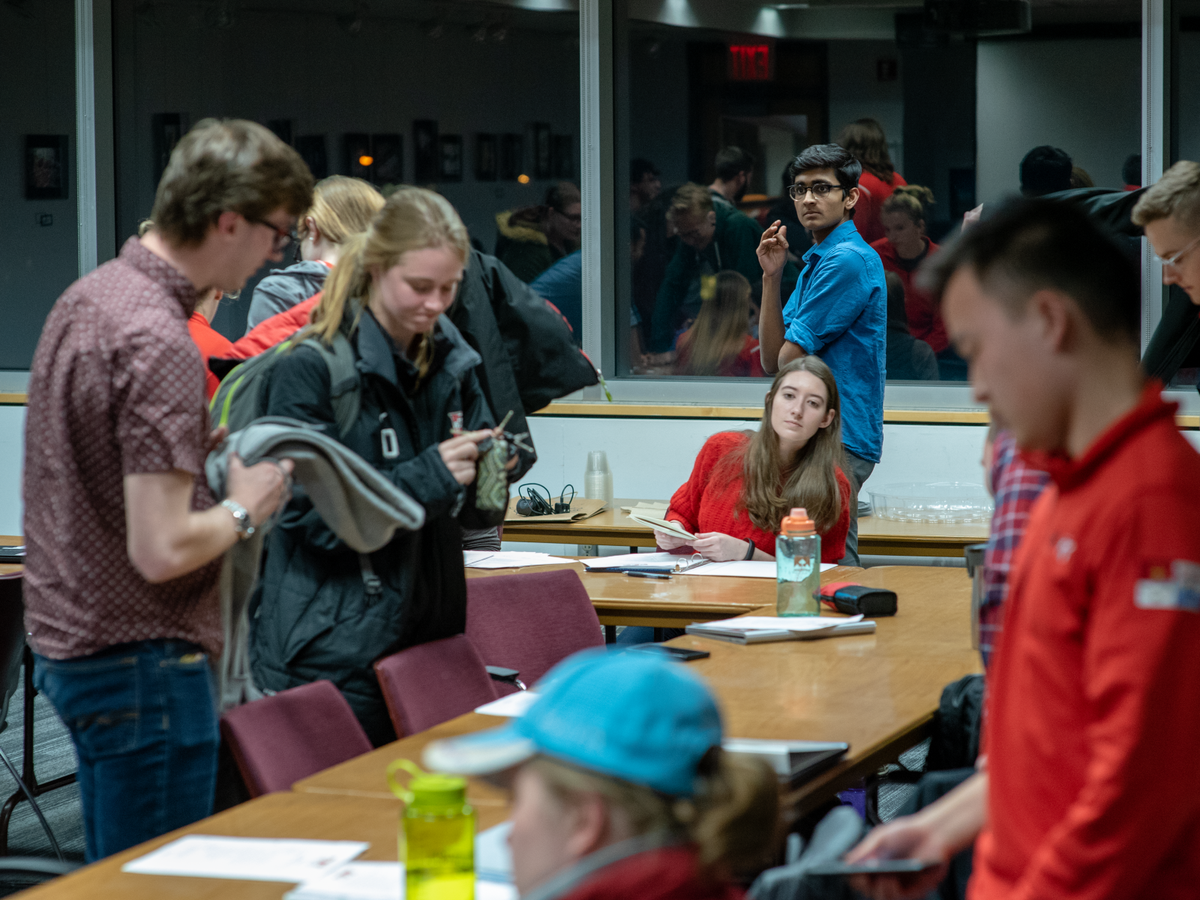