During the Executive Board meeting on Thursday, money for Big Red Freakout shirts and facepaint was approved, the Outing Club was taken off probation, the Domino Toppling Club was approved for Union recognition, and a motion regarding the Gaming Club was tabled.

The next club to request money was the Gaming Club, which was represented by Treasurer Richard Massimilla ’21. The club requested $440 to purchase four Boardgame Players Association memberships so that they can send a team to compete in the World Boardgaming Championships.

Massimilla explained that the club is trying to be more active on campus and in the global board gaming community. This competition can get them, and through them Rensselaer, more recognition.

The competition is a nine day event that takes place from July 21 to July 29. It consists of a large open gaming room with 100–200 board games with tournament opportunities. Massimilla said that they will “get to meet all sorts of people from all over the world and play board games with them.”

When asked by Club/ICA Representative Brookelyn Parslow ’20 if the money being requested was just for the entrance fee or included travel costs, Massimilla answered that the money was only for registration, with each membership costing $110. He explained that the club was going to ask for money for travel but then decided against it.

When asked about how they would be buying individual memberships, he explained that purchasing a membership is basically how they are required to register for the event.

In the discussion of the merits of the motion, concerns were raised about the technical classification of the event and memberships. According to the Executive Board’s policies, “Club members’ individual membership fees in applicable national organizations may be subsidized at a rate of up to 40 percent.” A motion to fully subsidize the membership costs would require a three-fifths majority vote, since it contradicts the E-Board’s policies.

It was also mentioned that if they’re looking at subsidizing 40 percent, all of the fees associated with the event should be considered, not just the entrance fee.

After further discussion, a motion was made to table the motion so that they club could come back with a complete estimate of the cost. The motion to table until February 8 passed 9-8-0.

Next, the Domino Toppling Club came seeking Union recognition. Representatives explained that the club is intended for anyone interested in the art form of domino toppling and that anyone can come and learn. There are currently two students at RPI that are considered world-class domino artists, and they lead the club and help teach whomever is interested.

Questions were raised regarding the sustainability of the club, considering that the majority of knowledge comes from two members. However, it was also mentioned that the club could bring Rensselaer good recognition and that the idea of sustainability in the future should not restrict the club now. In the end, the motion to recognize the club passed 15-0-2.

The final club-related motion of the night was one to take the Outing Club off probation, effective immediately. President of the Union Matthew Rand ’19 spoke on the club’s behalf, saying that they have been “extremely responsive” to everything that has been asked of them and that they have been “smashing” the deadlines that have been set. There is still a spring deadline for documents that remains in effect, but Rand said he didn’t foresee any issues.

Graduate Representative CJ Markum brought up that the original issue with the Outing Club involved alcohol and the Fall Lake George trip, and asked if the club had “learned their lesson.” Rand replied that they had, and said that part of the problem was that there weren’t enough trip leaders, but now another eight or nine students have been trained to help. According to Treasurer Richard Otis ’18, Fall Lake George is cancelled for the forseeable future. The motion to take the Outing Club off of probation passed 16-0-1.

A motion was made to confirm Member-at-Large Caitlin Kennedy ’19 as Club Operations Committee Chairperson, which passed 16-0-1. 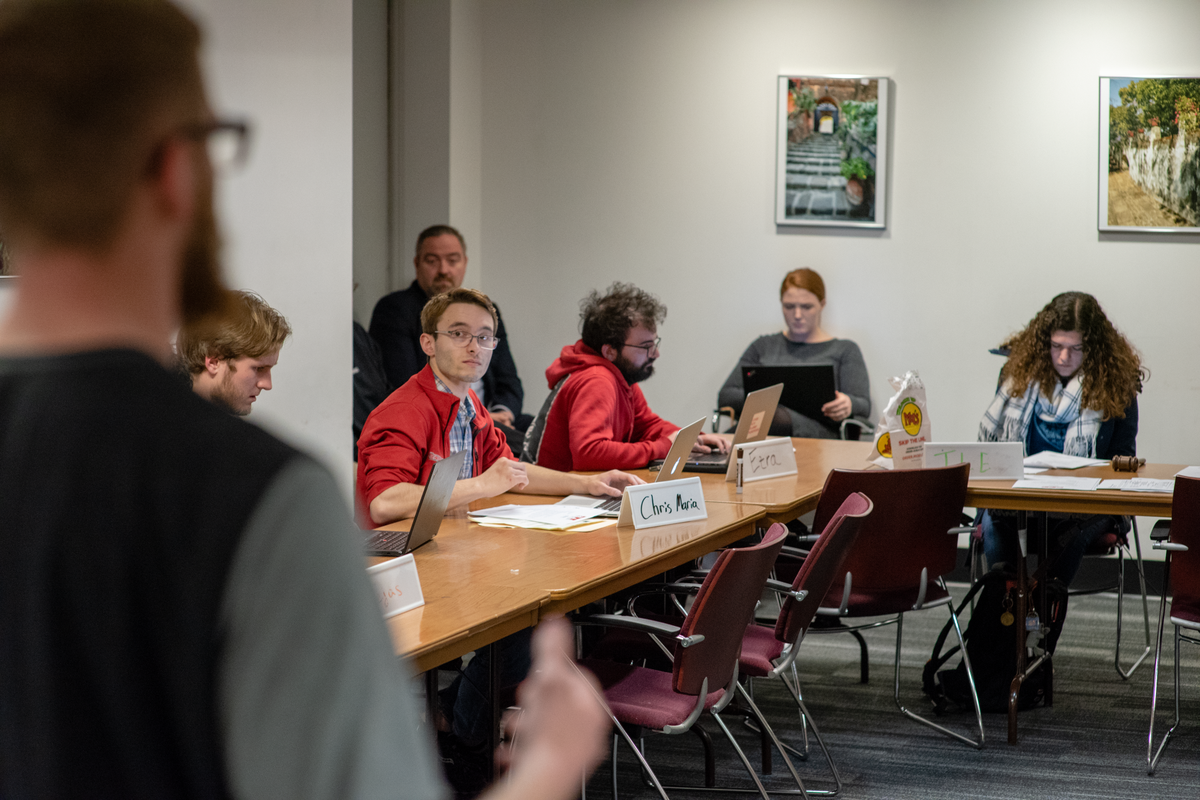