On Thursday, the Executive Board had a busy meeting; it approved the motions for several clubs, along with a new ICA/club representative.

The meeting started out with a motion from the RPI Flying Club asking for the funds to balance their budget. Due to a delay in processing, a series of charges went to this fiscal year as opposed to last fiscal year when they occurred. These were charges for a national competition that took place in May of last year. Because of the delay, the club ended last year with a very large surplus in their budget from all the dues that were intended to go towards these expenses. Director of the Mueller Center Steven Allard said that the club, “did absolutely nothing wrong,” and explained that this kind of thing happens occasionally for events that take place late in the fiscal year.

There was a brief discussion of where the funds should come from, resulting in the motion to “allow the RPI Flying Club to overspend their budget by $3563 to balance the budget to account for costs incurred by last fiscal year’s NIFA Competition to Goal A Program 3 CW AW,” that passed 13-0-0.

The Gaming Club came before the board for a second time asking for money to cover the cost of entrance and travel for their attendance to the World Boardgaming Championships. The club had gone before the Board previously on February 1, asking only for a subsidy on the cost of admission to the competition. The motion then was tabled to give the club the opportunity to come up with a complete estimate of the cost including travel. In the discussion of the motion, it was questioned whether the funds should come out this year’s contingency fund or next year’s.

The motion was rewritten to consolidate the $440 for the tickets and $430.28 for the travel expenses into one fee. Class of 2019 Representative David Raab ’19 brought up that those going to the competition rearranged their travel and lodging plans so that they could be in compliance with Union policy in the hopes of receiving more funds. He also said that, “just know that if you do approve everything, that you are changing the decision that was made to the budget.”

The motion to “allocate $870.28 to provide the full cost of admission and a 60-40 travel expense split for four members of the Gaming Club to attend the WBC in July,” passed 11-1-1.

Next to come before the Board were the Global Medical Brigades asked for a 40 percent subsidy of the cost of a bus round trip to the airport necessary for them to go on their trip to Honduras to provide medical aid and relief there. They also asked for a loan for the other 60 percent of the cost which they planned to pay back after their annual fundraising event, weR Gold. They explained that they are only asking for money for the bus to get to the airport, and that they are paying for the entire cost of the rest of the trip themselves. When asked why they hadn’t asked for money to cover the cost to get to the airport before, they said that in the past they hadn’t been big enough to go alone so they had partnered with other schools.

When the Board began to discuss the motion, Vice President of the Union Rasika Ekhalikar ’18 brought up the idea of giving them the full amount and not requiring them to pay it back, saying that everyone going is already paying so much money and that paying for this will make the Board look good. It was also mentioned that the money from their annual fundraiser typically goes towards buying medications to take with them, and that by asking for repayment of the 60 percent it would be taking money away from that. The motion was rewritten to be to “reallocate $1350 from contingencies to Goal E, Program 1, Line 5 of the RPI Global Medical Brigades fiscal year 2018 budget, for the 100 CD AW subsidy of round-trip busing costs between RPI and JFK airport,”  which passed 11-0-2.

President of the Union Matthew Rand ’19 briefly discussed the resignation of former Club/ICA representative Brookelyn Parslow ’20, explaining that she resigned due to the large time commitment she has as the editor in chief of The Polytechnic.

A motion to approve Deepika Senthilnathan ’21 as a Club/ICA representative passed 12-0-1. This came on the heels of a discussion regarding her failure to be approved for the same position by the Student Senate the night before. More information about the Senate’s decision can be found at poly.rpi.edu/s/senover8.

During the member reports, Club/ICA Representative and Business Operations Committee Chairperson Kay Sun ’19 read an email she received criticizing the Business Operations Committee and making personal attacks regarding her performance as an Executive Board member. The email included the statements, “you are a terrible leader,” “bus ops didn’t accomplish anything because of you,” and “you would resign if you cared.” Rand responded saying that he would speak to her after the meeting because an email like that is “inappropriate and has to be addressed.”

Sun followed up by saying that “it’s not just that it hurt me…I don’t want E-Board reps to have to face the threat of being personally attacked or personally threatened, especially when the attack is on a personal level.”

The Executive Board meets every Thursday at 8 pm in the Shelnutt Gallery. 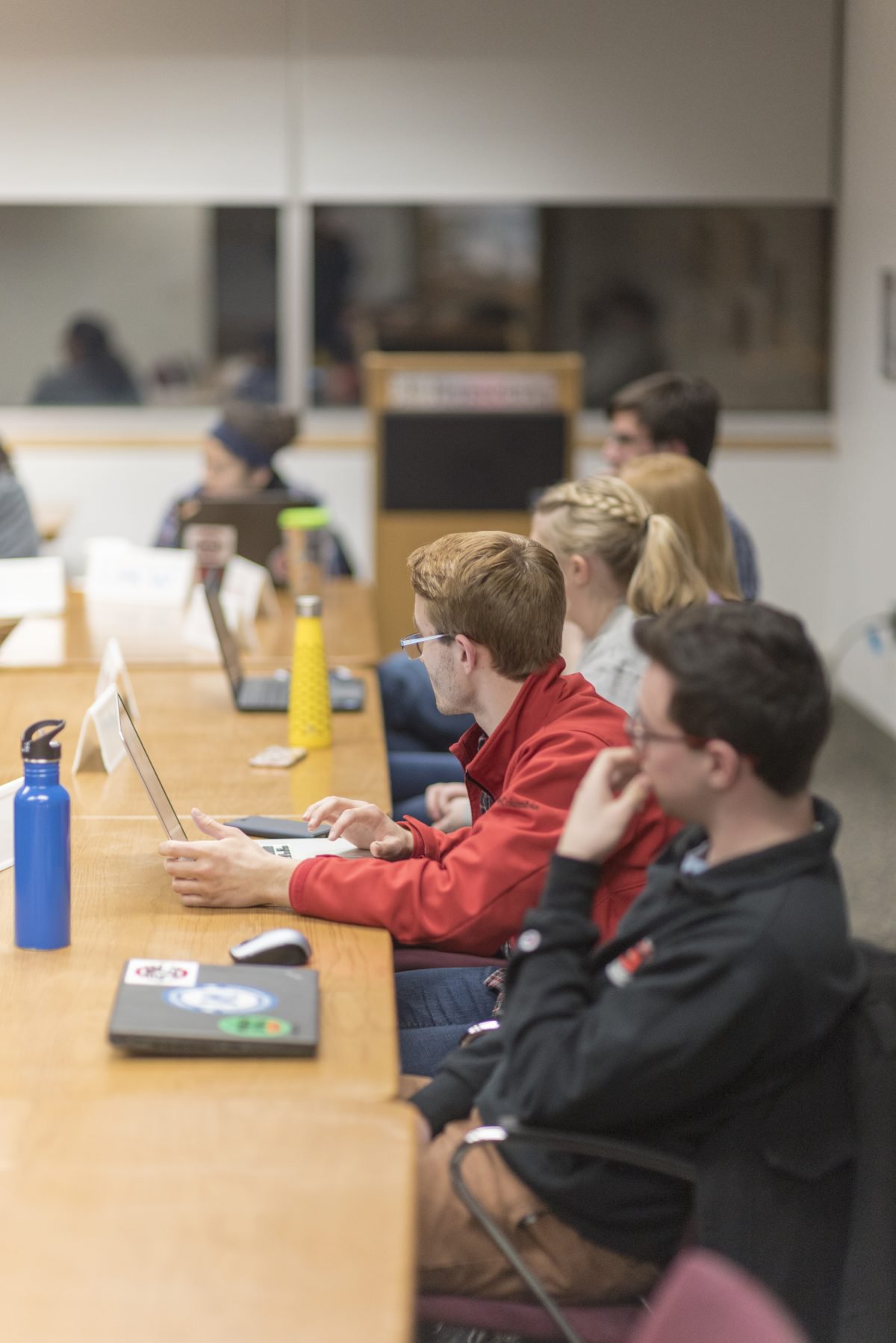