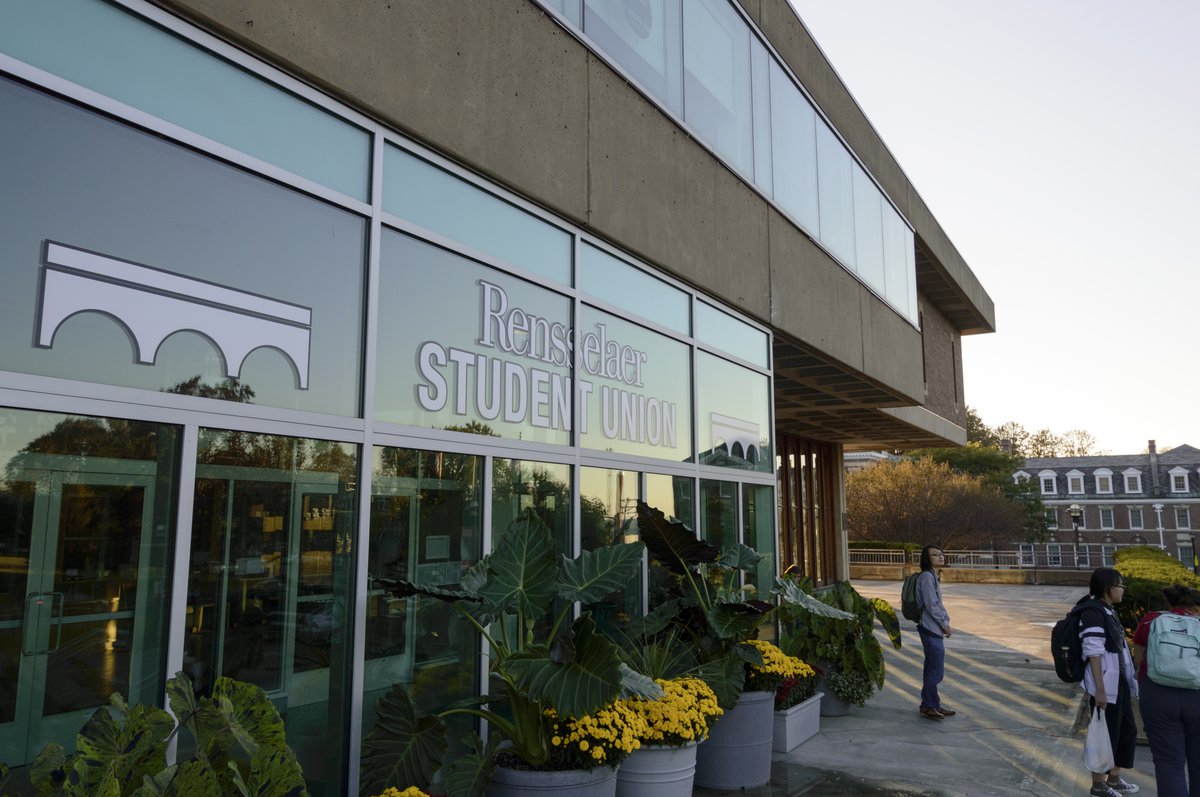 THE RENSSELAER UNION HAS BEEN without a director since early 2016, when the director at the time vacated the position for unknown reasons. (file photo) Brookelyn Parslow/The Polytechnic
By Tyler Carney February 28, 2018

“These instances not only demonstrate a failure to communicate, but outright deceit on the part of the administration,” wrote Interim Chairperson of Human Resources Interview Committee Michael Cuozzo ’18 in an email to the Student Senate on February 28.

The email was a response to comments made by Assistant Vice President and Dean of Students Travis T. Apgar in the most recent Senate meeting. According to Cuozzo, these comments “made it seem as though the administration is willing to work with students to hire a new director.”

“I want to be clear that this has not been the case for several months,” wrote Cuozzo.

The instances referenced surround the process for hiring a new director of the Union, which has included student involvement through interviews since September 12, 2017.

The first of these is that Grand Marshal Justin Etzine ’18 requested a meeting with Chairman of the Board of Trustees Arthur F. Golden ’66 to discuss the Executive Committee motion passed in September. This request was “deferred.”

According to the email, the “most concerning” instance was how “the administration supplied one of the candidates with [the Human Resources Interview Committee’s] prepared interview questions prior to the interview.”  The email states that when confronted, Vice President for Human Resources Curtis Powell “attempted to deny the allegations entirely.” After Etzine, President of the Union Matthew Rand ’19, and Cuozzo told Powell that there were “multiple witnesses and evidence to the contrary,” Powell was said to have “fabricated” other narratives that the “student committee knew to be false.”

Cuozzo concluded in the email that the “search has clearly stagnated” and that there “has been a complete elimination of shared governance on the RPI campus.”

This email further adds to the growing list of concerns surrounding the director of the Union hiring process, which has been said to be flawed by members of the student body.

In an email to The Poly, Powell wrote that he was “disappointed to learn of Mr. Cuozzo’s misrepresentation of the facts, and that he has breached our confidentiality agreement with regards to our search process for the position for the Director of Union for Rensselaer.”

At the time of publication, Apgar had not responded to a request for general comment.