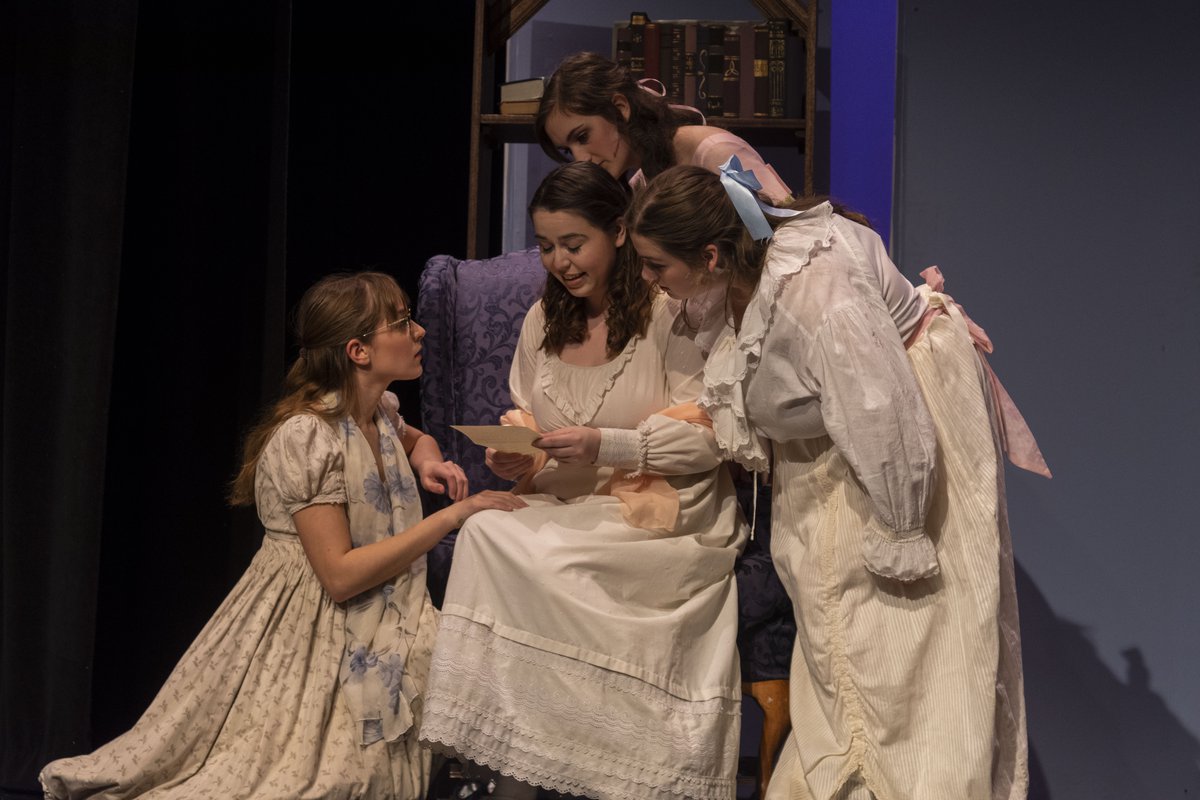 As I walked into the Playhouse to catch the open dress rehearsal of the RPI Players’ Pride and Prejudice, I was greeted by the production manager, Isabel Donelson, and various other crew members rushing around making sure everything was in place. I took my seat and had a chat with the director, Karen-Christina Jones, who was gushing with energy about opening night. She told me that Pride and Prejudice was a process months in the making; Donelson chose the play last spring, asked Jones to direct, and the rest was history.

The lights dimmed, the curtain lifted, and I was introduced to the Bennet family—the grounded Mr. Bennet, over-the-top Mrs. Bennet, perfect Jane, aloof Mary, flighty Kitty and Lydia, and our hero, Elizabeth Bennet. The ensuing show was witty, funny and filled with the kind of banter that any fan of the Jane Austen novel would thoroughly enjoy.

I especially enjoyed performances from Hannah Huse, who played Mrs. Bennet with the perfect amount of shrillness and energy, and Abigail Murray, who played Jane with the calmness and serenity anybody expects to see from their perfect older sister. An absolute standout was Morgan Ford, who embodied Lizzie Bennet with a self-assuredness, stubbornness, and wit that I was enthralled by throughout the production. Every scene where Jane and Lizzie had a heart-to-heart conversation was beautiful and touching to watch. 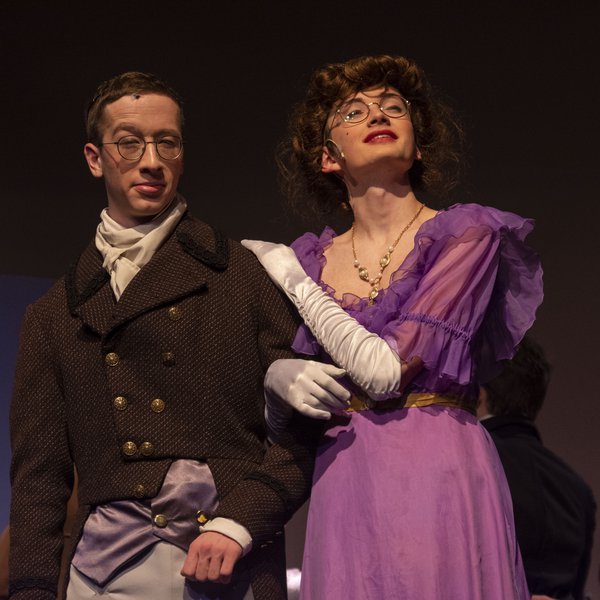 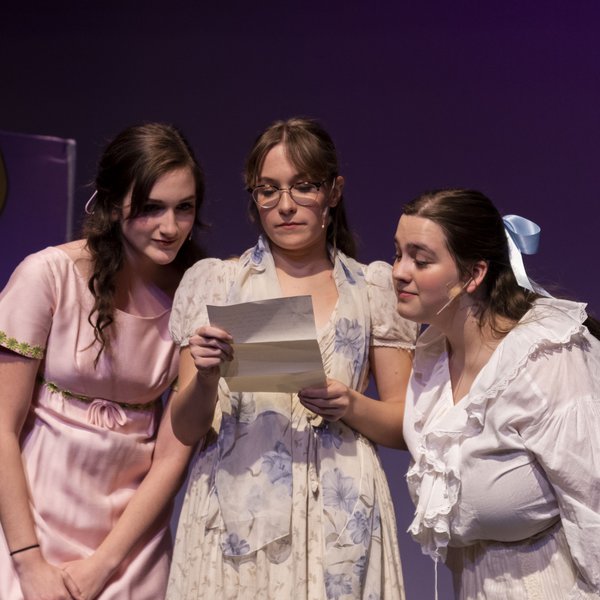 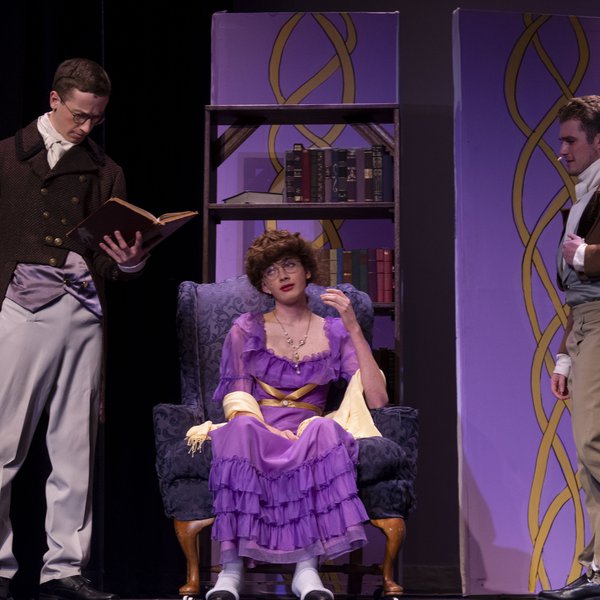 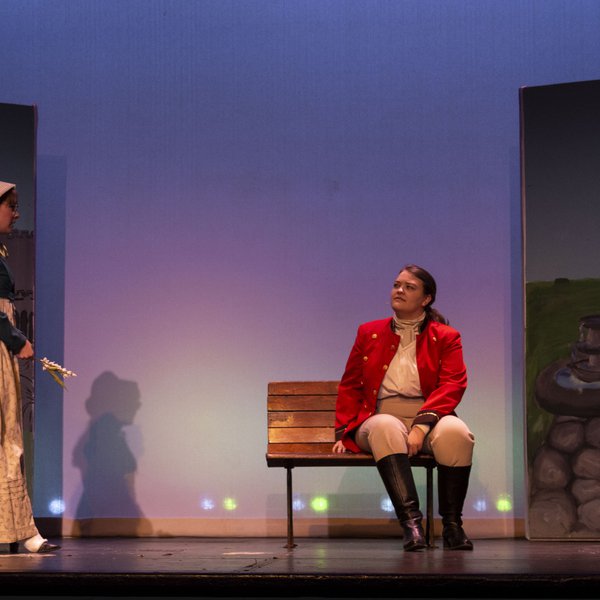 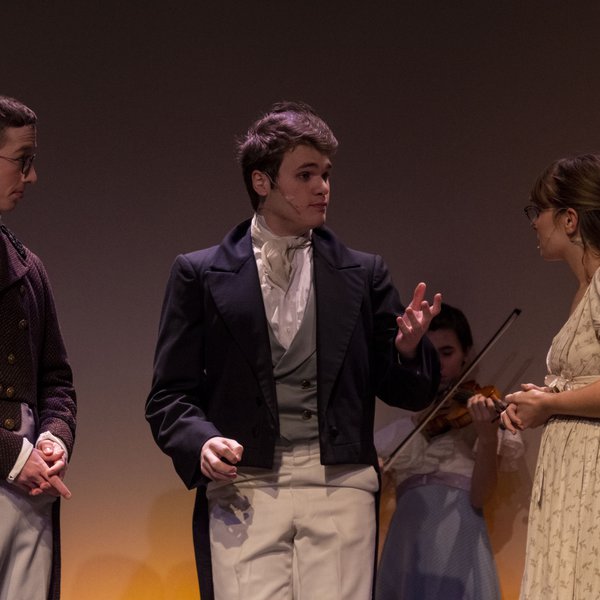 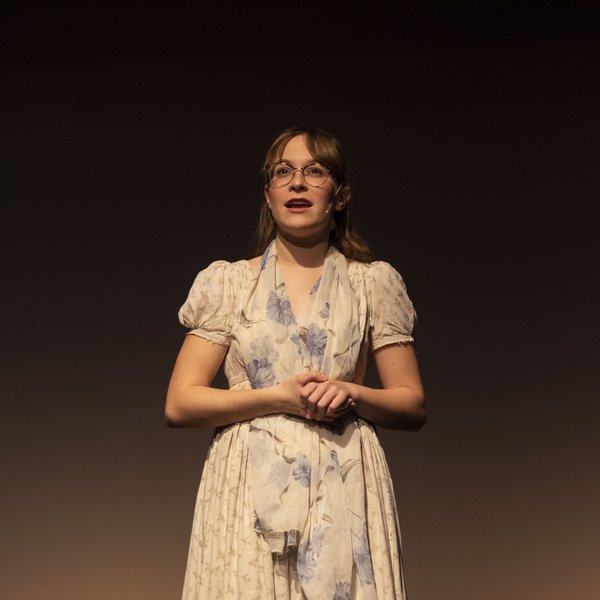 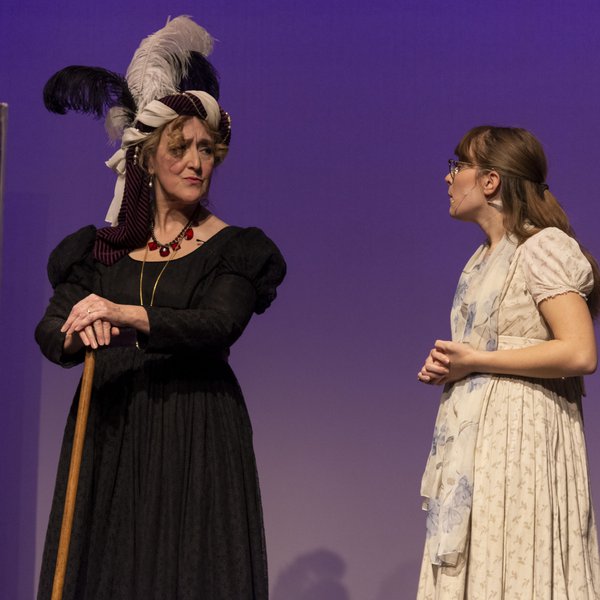 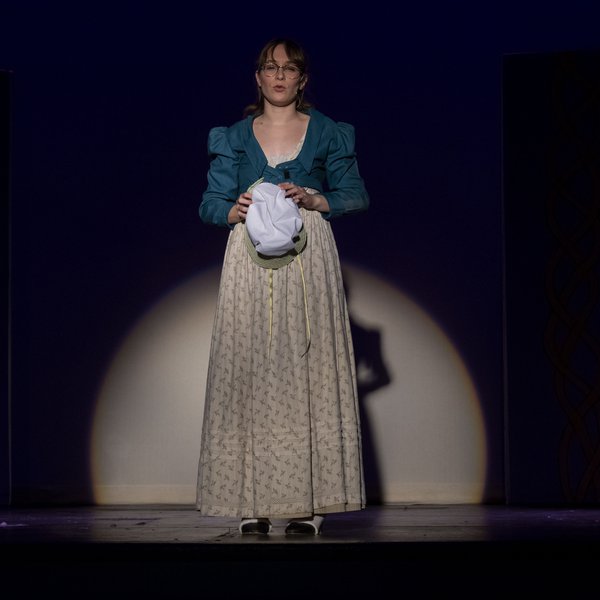 The costumes, designed by Josepha Segrue, were beautiful and wonderfully in tune with the characters who wore them. I especially loved the poofy purple number worn by Caroline Bingley; I thought it perfectly highlighted her pompous and catty manner and made her stand out from the rest of the cast who wore pastels and earth tones. While speaking with the crew after their performance, I learned that because of the scarcity of costumes from performances taking place in the Georgian era, they went to a specialty costume shop in Queens, NY to find the perfect pieces to use for costumes.

The sets were simple due to a decision to not use conventional backdrops, but the triangular panels used to show the various settings throughout the play conveyed the message with the kind of flow necessary for a play with no set scene breaks to run smoothly. I especially loved the bookcases and the intricately-painted book props, hand-painted by Erin Dunne. Although not always visible to the audience, the books—which are period-specific—add an extra layer of depth and thought to the entire production.

Unfortunately, the faux-British accents that the cast used were distracting, making a few lines difficult to understand even with complete attention on the show. Another interesting decision in the script was the fourth wall breaks—where a character steps aside from the play to address the audience—to explain to the audience what was going on during certain scenes. While there are limitations in theatre that may not be found in a book, I found myself confused several times by this decision to tell rather than show. The Players made the best of this, however, creatively using a mesh screen to show these scenes in the background during the asides.

Overall, Pride and Prejudice was a delight to experience. As a lover of the book and the many movies that resulted from it, I thought that this performance did Jane Austen and Elizabeth Bennet justice. I hope to catch the show again, this time feeling the electricity of the audience on opening night.

Be sure to watch Pride and Prejudice tonight or Saturday night at 8 pm, Sunday at 2 pm, or November 21–23 at 8 pm. 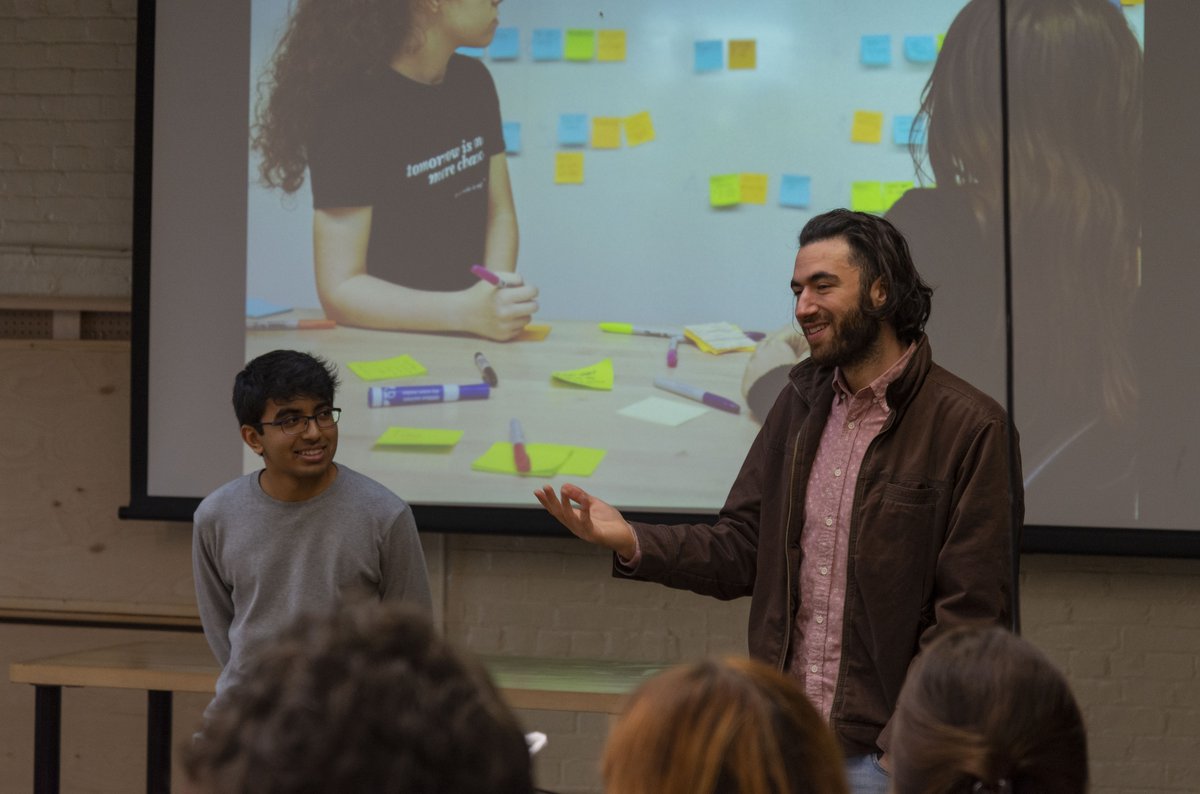