Getting familiar with RPI's friendly fifer 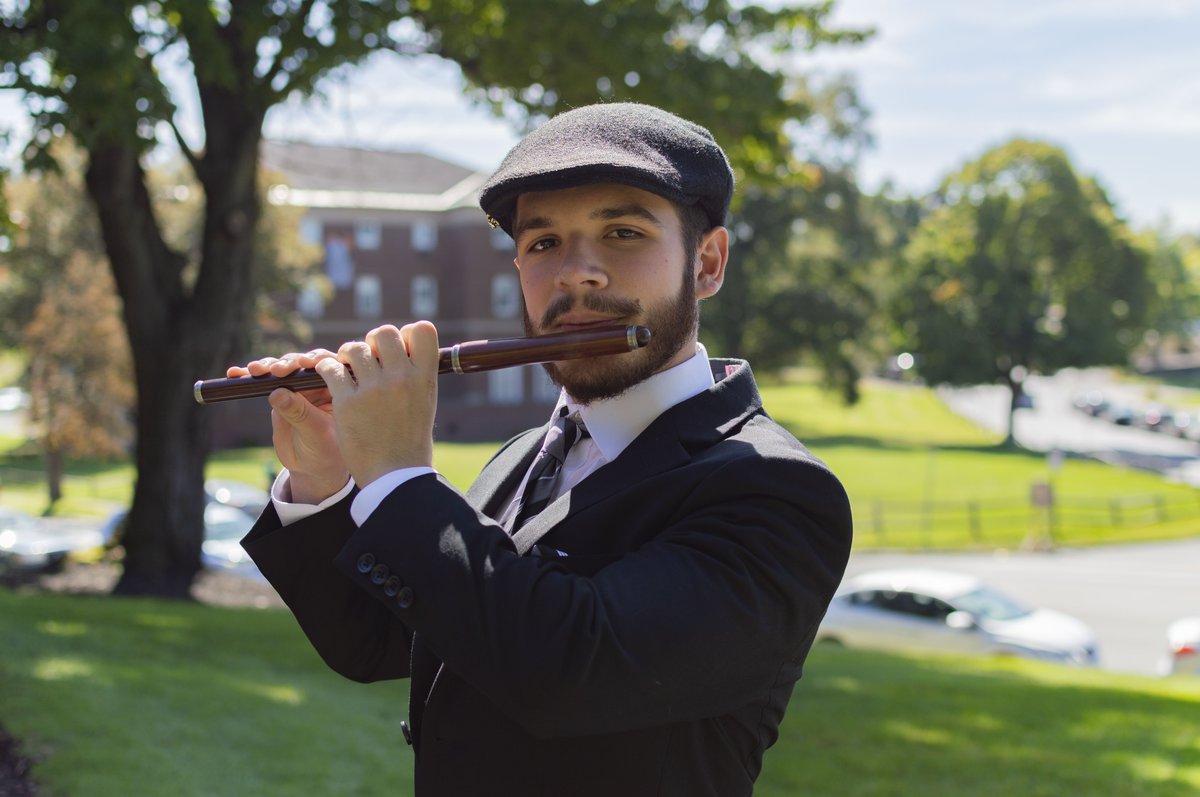 “I’m definitely surprised how many compliments I’m getting for this,” started Charles Pike '22, in reference to his performances across campus. “People who I couldn’t be certain if I’ve actually met before will often walk up to me and tell me to keep playing … That definitely [gives] me that warm fuzzy feeling. I feel very appreciated,” he continued.

When asked about his motivations for performing in public, Pike responded, “I will just play whistle while I wait for my next class. I usually, also, like to play before I have a test, because ... it certainly helps calm your nerves. I’ll usually be playing in front of the DCC on whistle but lately, I’ve taken to marching.”

Pike’s comfort in performing stems from his childhood and his continued contributions to a local fife and drum corps.

“I’m from a little town in Massachusetts about 20 minutes east of Providence—so the part of Massachusetts that might as well be part of Rhode Island ... I describe it as a rural town being turned into suburbs against its will.

"My homestead back at home is 10 acres—it’s probably—it’s not quite a farm but it’s not quite not a farm. We have two horses, a small flock of chickens, a garden that doesn’t grow much besides weeds, and of course a little bit of forest to call our own … and I like to say that my first car was a tractor, which is, to some extent, true.

“So, my first instrument was the clarinet. I started in fifth grade … When I started out, I had the choice between either my dad’s old trumpet that was gathering rust in an attic or a clarinet we literally got from the town dump. So, I decided that because the clarinet had more holes and buttons and looked cooler that I wanted to play that one."

A local historical re-enactment group introduced Pike to the fife when he was in sixth grade. Playing in the local fife and drum corps introduced Pike to Celtic music, which he frequently plays on campus while rotating between various types of fifes. Pike explained the difference between his selection of instruments: a wooden fife, a penny whistle, and an acrylic Irish flute.

"The material actually doesn’t have much at all to do with the pitch. The pitch actually has to do with some fluid dynamic black magic. So, the pitch that an instrument puts out is dependent mostly on two things. One is distance from the tone hole … [which is] the distance from where the noise is being made to the first open hole. So the longer that distance is, the lower the pitch is because inside the instrument there is going to be a standing wave … But, the materials that these are made out of has more to do with the tone quality than it does with the pitch because the materials will resonate certain frequencies and will therefore have different effects on the overtones. So, for example, [the penny whistle] being made mostly out of metal, is of course going to have a more tinny sound.”

Although his different instruments provide different sound qualities, Pike explained that the Irish flute is his favorite. "I should probably play it more often than I do but it’s not nearly as portable as a fife or penny whistle is.” Pike also revealed he would love to play the Uilleann pipes more frequently, given the chance.

"They’re very expensive, which is why my parents do not let me bring them to campus. I can’t tell you how much I miss my pipes,” he explained.

That being said, Pike hopes to continue playing his fifes on campus, and encourages fellow students to do the same. 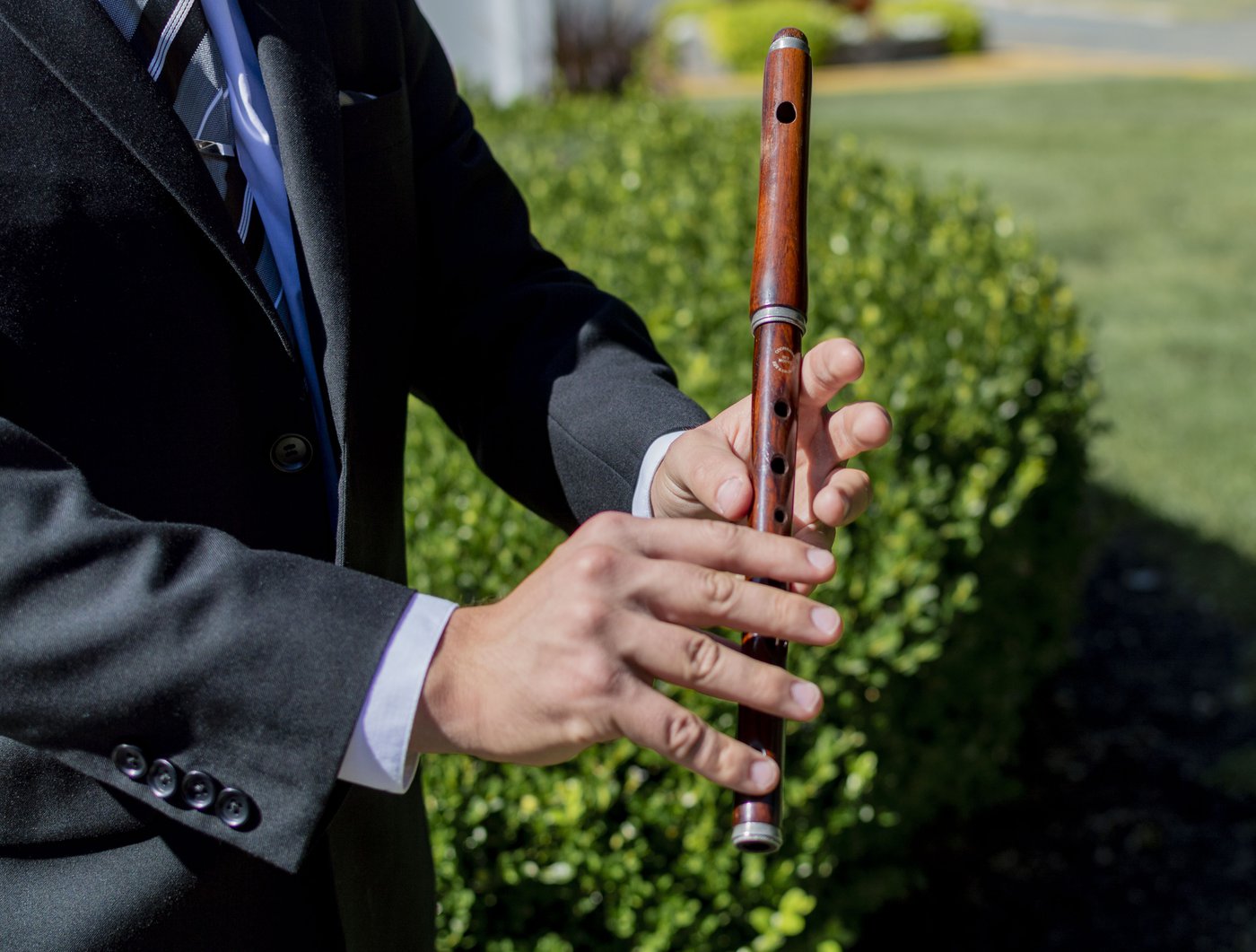 PIKE DISPLAYS one of his many fifes. Brookelyn Parslow/The Polytechnic

“If there’s any other students who have [instruments] on campus and just want to play them somewhere, I definitely would encourage them to do so. I know there’s kids … who play the piano. If they’re reading this article then, I’d certainly love to hear them in the student Union playing sometime because that instrument obviously needs some use.”

He continued, “Music has a good presence in RPI with the [Rensselaer Music Association], but it would be nice to see a few other people who enjoy playing out in the open for no particular reason as much as I do.”

Incorporating a technical perspective into our professional development programs