Ned Fulmer was my father figure 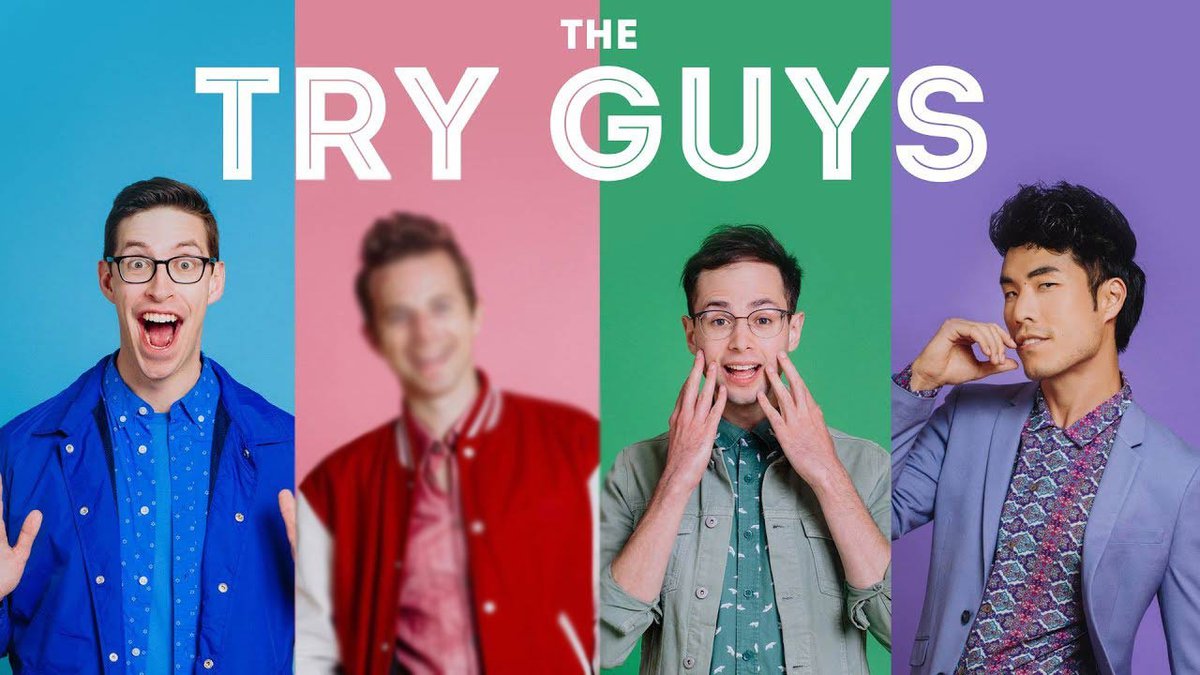 Tragedy struck on September 27, 2022 for millions of fans of the Try Guys. As a fan myself, I can firmly say that millions of hearts have been broken, including my own.

Speculation of Ned Fulmer's apparent affair with an employee began around September 16, 2022. Fans began to message the Try Guys with their concern over Ned. Photos and rumors flooded the internet as fans tried to make sense of what they heard; some said the affair was fake while others held back fear as the thought that this could all be true slowly crept in. Fear turned to anger on September 27 when it was officially confirmed that Ned Fulmer had cheated on his wife, Ariel, with one of his employees.

With most of the world stiff from shock, Fulmer released a statement saying that he had “lost focus” and went on to include that the affair was a “consensual workplace relationship.” Fans took the internet by storm, dissecting every word, video, and podcast released by the Try Guys. I’ll admit, I did too. I began watching the Try Guys back when I was 12, and they were the sunshine that peeked through the dark clouds of life. I was (and still am) a die-hard Try Guys fan; I have the merch, the podcast episodes, the videos saved and watched multiple times each. You could say I was obsessed, and I would say you're right. Growing up in a small town where I felt I didn’t belong made life hard, and the Try Guys were my escape. Watching their videos made me feel like I belonged no matter what and that I am perfect just the way I am, despite my quirks. I looked up to the Try Guys, and most of all to Ned Fulmer.

Ned Fulmer was my father figure growing up. I didn’t have one of my own, so finding one, even if it was on the internet, immediately made my life better. Ned always presented himself as the loving father and husband, and I was in awe. To see there was someone out there who was a good father and husband changed my whole perspective on life. I’m aware I sound dramatic but it’s true; Ned Fulmer, along with the rest of the Try Guys, gave me the father figure I never had. So when I heard Ned Fulmer cheated on his wife, my heart shattered. My heart didn’t shatter just for me, but for Ariel, his two young children, the Try Guys, the staff, the fans, and everyone affected.

Ariel Fulmer is a queen. She is gorgeous, inspiring, fun, honest, and so much more. How dare he cheat on such a goddess. I mean, we all saw the modeling videos—Ariel is enthralling. And let's not forget all the videos she’s been in: skydiving and mammograms! This woman is an inspiration to all!

I believe it is safe to say we are all furious by Ned's actions and want to know what happened. As ironic as it sounds, the rest of the Try Guys (Keith Habersberger, Eugene Lee Yang, and Zach Kornfeld) released a video on October 3 titled “What Happened.” In the video, Zach opened with “Ned Fulmer is no longer working with the Try Guys.” The tension in the video could’ve been cut with a knife—I cried watching the video. Watching Zach choke up while speaking sent tears down my face, seeing Keith stare into the camera at a loss for words made my heart squeeze, and if looks could kill, the look on Eugene’s face would’ve.

My heart cried as the video continued. You could see the sadness, distress, and betrayal in their eyes. We have all been betrayed, and I for one can say that it hurts. Many of us grew up with the four original Try Guys. Now, the Try Guys will be a group of three. Ned's betrayal has rocked the YouTube community to its core, but as the Try Guys have proven over and over again, they will push forward and continue to be the channel that millions of fans look up to.