KYLE LARSON, OVERWHELMED with emotion as he recounts the memories of the last year and a half after winning the championship. Namish Gali/The Polytechnic
By Namish Gali December 8, 2021

On November 7, American motorsports witnessed history as Kyle Larson crossed the line on the Phoenix International Raceway to become the NASCAR 2021 Cup Series Champion. After 312 hard fought laps racing against fierce contenders like Chase Elliot, Martin Truex Jr., and Denny Hamlin, after a year of preparation, after suffering some of the darkest days of his life, after almost losing everything, Larson put all the pieces together to earn himself the most impressive championship in nearly 15 years. The final restart with 30 laps to go saw Larson take the lead and keep it until the race’s end. All the while the crowd never sat down, cheering with more excitement, passion, and love than I’ve ever seen in my time as a fan.

Saying all that feels surreal because in April 2020, Kyle Larson was the scourge of NASCAR. After the pandemic halted the world and indefinitely suspended every professional sport, NASCAR held races on the popular racing simulator iRacing in order to keep the drivers busy and the fans entertained. During one of those sessions Kyle Larson committed one of the most atrocious social gaffes of any athlete in recent history by uttering the n-word when he mistakenly believed no one was listening. While I’m not going to retread something that was covered to death when it happened, anyone is free to watch and make their own conclusions.

The aftermath of that online race sent the motorsports world into a tailspin. Almost immediately, all of Larson's sponsors dropped support for him, including McDonalds, Clover, and Credit One. Following that his race team Chip Ganassi fired him and NASCAR suspended him indefinitely without pay while assigning him to sensitivity training in order to ever be reinstated. No one quite knew what would become of Larson in the future, but most commentators were uncertain of a career recovery, let alone a championship season in the very next year.

While some NASCAR fans thought that his use of the racial slur wasn’t a big deal because it was just a word, the vast majority of the fans, drivers, and the NASCAR administration threw vehement condemnation at the use of the word. I am of the mind that NASCAR is a sport for everyone of any background, and that word has no place at NASCAR. Through the years popular media has sought to portray NASCAR according to stereotypes, including this infamous incident in 2006 when NBC sent “Muslim-looking” men to Martinsville Speedway in Virginia to observe anti-Muslim sentiment, only to find that absolutely nothing negative happened. The slur Larson used has no business being in America’s premier motorsports league and it was rightfully condemned, but many fans were understandably frustrated that the focus on this incident reaffirmed negative stereotypes that weren’t representative of the sport as a whole, especially not today.

Believe it or not, that wasn’t the only major media screw up of 2020. In June, the NASCAR world was lit on fire for the second time that year thanks to a second racial controversy. For context, NASCAR was working to change its image, notably by finally banning displays of the Confederate Flag at NASCAR races—a change that fans and drivers have wanted for years—supporting Bubba Wallace’s campaigning of Black Lives Matter in the wake of George Floyd’s murder, and was investing more than ever into it’s Drive for Diversity program, a program which Kyle Larson incidentally graduated from. A member of Bubba Wallace’s team reported a hate crime: a noose, a symbol with ties to slavery and lynching, had been found hanging in the garage. The incident drew national media attention and got the Department of Justice and the FBI involved, along with swift action from the NASCAR administration, including increased security to protect Wallace in the event of an attack, cameras in every garage, and sensitivity training for all its employees.

However, the alleged hate crime would quickly sprout a totally different controversy when it was discovered that the noose wasn’t really intended to be a noose, but rather a garage door pull that had been on the door since October 2019. With this realizaiton, the authorities concluded that no crime took place. Wallace and his team immediately came under suspicion from social media users with relentless accusations alleging he’d fabricated the event for media attention, a sentiment that was likely bolstered by Jussie Smolett’s hate crime controversy being fresh on people’s minds at the time. To date, absolutely no evidence of foul play by Wallace’s team has ever been discovered; it was just an honest misunderstanding.

Redemption is always difficult, if it wasn’t, it would be a non-event. Following his public relations nightmare, Kyle Larson profusely apologized for his use of the offensive slur. But unlike the myriad of YouTubers caught with their pants down, his apology was swift, short, solemn, and sincere, and he made no excuses for his behavior.

Larson didn’t race in NASCAR’s Cup series for the rest of 2020 and went dark on all social media, but it’s clear that his mistake was never off his conscience. In late 2020 he penned an essay expressing his thoughts on all that had happened. “I was rightly suspended by NASCAR and fired from my job with a top-tier team… As I write this, I realize how ridiculous, horrible and insensitive it all sounds… There’s absolutely no excuse for my ignorance… It was past time for me to shut up, listen, and learn.”

In particular his penultimate paragraph, where he references his kids, injects a poignance and a resolve that’s admirable: “I want them to know that words do matter. Apologizing for your mistakes matters. Accountability matters. Forgiveness matters. Treating others with respect matters. I will not stop listening and learning, but for me now, it’s about action – doing the right things, being a part of the solution and writing a new chapter that my children will be proud to read.” Although his essay no longer exists on his website, here's an archive of it. It’s beautiful, powerful, more relevant than ever, and something that all young people should learn from.

Humility is an oft-forgotten trait today. In America especially, being loud and proud is etched so deep into our culture we can’t even see it. Every redemption needs social media’s counsel, and popular media’s approval. Larson was not proud. He was quiet, he gave curt statements where necessary, he stayed off of social media, didn’t boast about his accomplishments, he just visited the people he’d personally hurt and asked for their advice and correction, he took time to reflect and only after several months penned his thoughtful essay.

Most importantly, he took real action. Proactively, he accepted all the sensitivity training he was given, and sincerely participated. He then got a “diversity coach” in Doug Harris of The Kaleidoscope Group, who taught him about the experiences and history of Black Americans. He attended classes, met with Black friends and colleagues, including Bubba Wallace and several associates, apologized to them in person, and expressed that he was seeking to learn. Today, his website lists his extensive support and volunteering—“the Urban Youth Racing School in Philadelphia, which helps expose students of color to motor sports, The Sanneh Foundation in St. Paul, Minnesota, which supports diverse low-income urban and immigrant youth populations in the Twin Cities. Since joining Hendrick Motorsports, Larson has added Hendrick Cares as the third primary organization he and the Kyle Larson Foundation support.”

Oh, and I almost forgot to mention, in late 2020 he was recruited by Hendrick Motorsports to drive the No. 5 car. Historically, the No. 5 Hendrick Team is good, really good; in fact it almost guarantees its driver a win, or at the bare minimum, a decent performance. What happens when you put the most talented driver with the most talented team in the fastest car?

In 2021, Kyle Larson won an insane ten races in the season. To put that into context there are only 36 races in a season, 34 full-time drivers competing, and the second winningest driver had less than half that. He’s won on a variety of tracks in dominating fashion, even when his car has had issues, even when he raced in tracks he’s never done well at before, even when the started from the back of the pack, even when he had some of the most aggressive and experienced competition in all of motorsports history, he still won. Oh, and he won the annual “all-star” race which isn’t part of the season, but awards a million dollars to the winner. Kyle Larson, in both work and character, has redeemed himself. 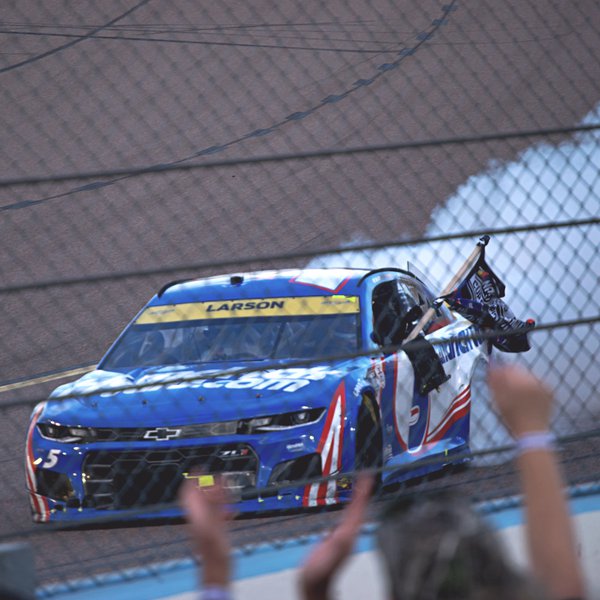 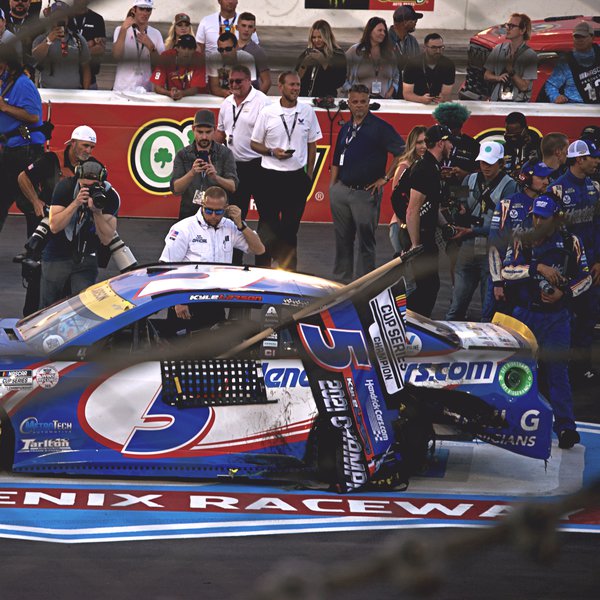 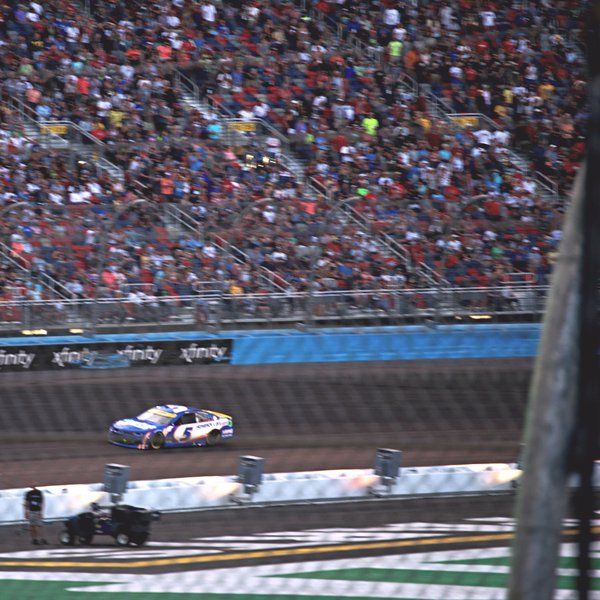 On that fateful Sunday, he won at Phoenix—a place named to signify a massive city built from the ruins of a former civilization—in the final race of the 2021 season, and the final race of the “Generation Six” era of NASCAR cars. Next year will bring a ton of changes to the sport, so the final race commemorated the sunset of a rollercoaster of an era. He became the first Asian-American driver to win a championship in NASCAR’s highest division, the first driver since 2007 to win ten or more races in a season, and NASCAR’s greatest comeback story.

Not to say the other competitors weren’t deserving; Chase Elliot was the defending champion going into the final race, Martin Truex Jr. persevered and triumphed through relentless bad luck and misfortune throughout his career to become champion in 2017, and has since continued to have success on the track, and Denny Hamlin is possibly the greatest driver to have never won a championship.

Larson however, has the Disney princess story. Watching him win for the final time in the “old school” car brought back memories of the peak of NASCAR’s popularity in the mid 2000s. For a moment, all the technical, political, administrative, and media controversies NASCAR had since the mid 2000s didn’t matter; the real NASCAR was back, a sport filled with emotion, excitement, redemption; where people from all walks of life, backgrounds, ages, ethnicities, cultures, came together to celebrate a victory. When he accepted his trophy, the very first thing he did was thank everyone who got him through the last 19 months and gave him a second chance, including all the fans. When his crew chief Cliff Daniels congratulated him, saying “you’re a champion,” he replied with “no, we are champions.”

Whether Larson continues to dominate in the following years, I will always respect him for humbling himself and truly committing to change. No one’s perfect, but if everyone was like Larson—accepting of criticism and seeking to learn by talking face to face from people who are different from you—imagine how much nicer the world would be, imagine how much progress would be made, imagine how many people could be helped when all people listen, especially those who least think this advice applies to them. As for me, I know I will try to work on myself, and put my heart and soul into my craft, in order to be a little more like this man I so admire. 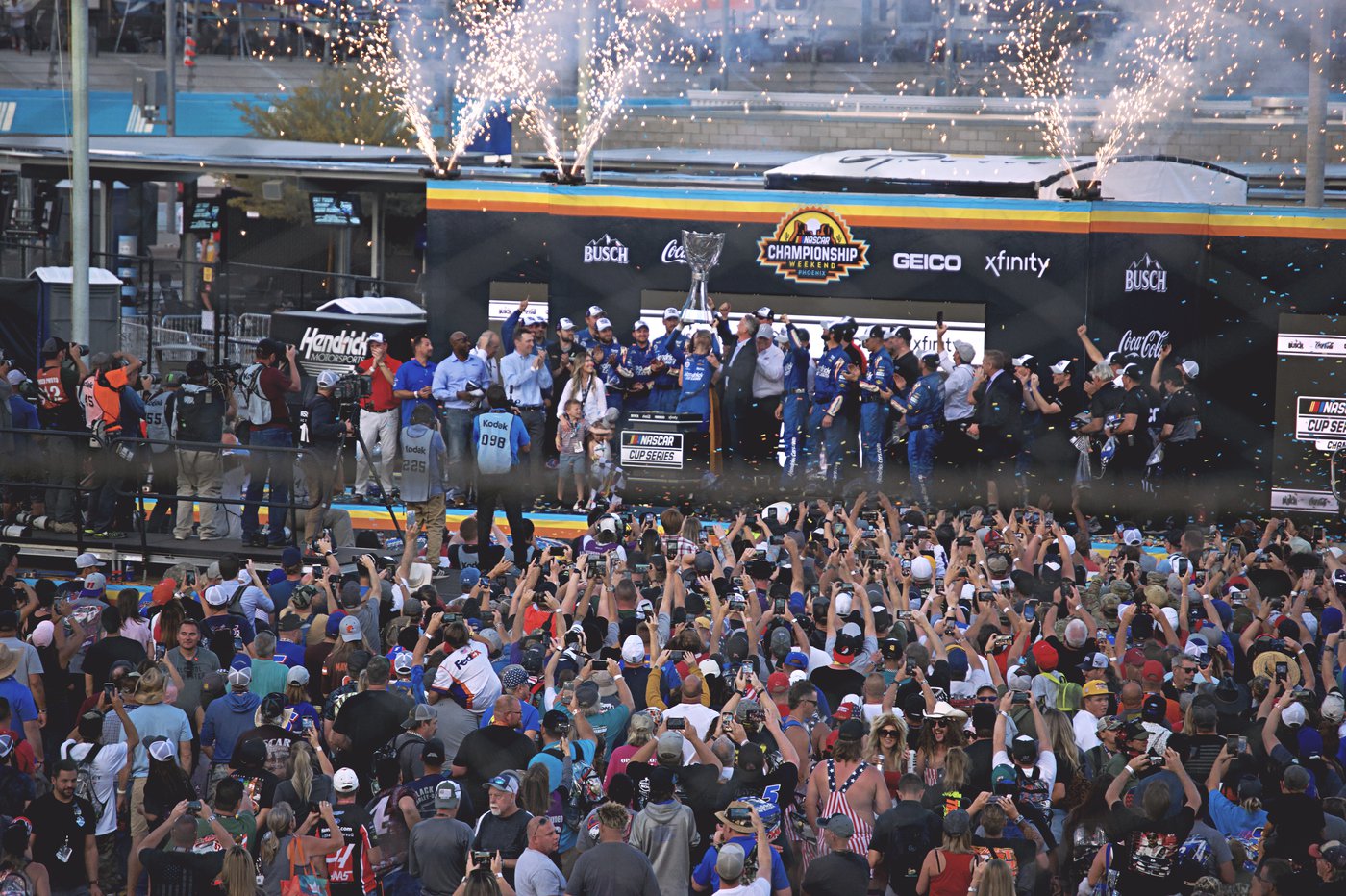