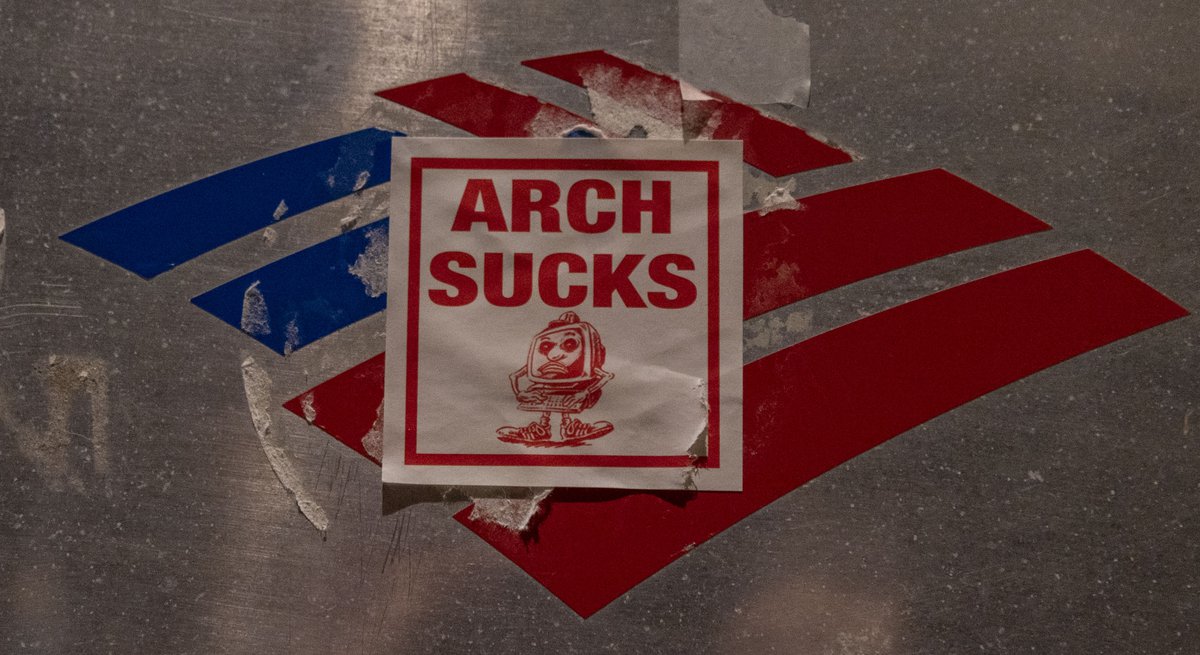 STUDENTS HAVE expressed their opinions about the Arch program through the posting of stickers around campus. Avery Sommer/The Polytechnic
By Madeline Wilson October 9, 2019

During its second meeting of the year, the Student Senate closed its meeting to hear and discuss the results of the Arch Task Force Survey. Grand Marshal Meagan Lettko ’20 and Arch Task Force Chairperson Peter Gramenides ’20 defended this decision, citing that responses were “vulgar” and “extensive.”

The Arch Task Force Survey was sent out in early August and included 38 questions about student opinions and experiences in regards to the Arch semester. 33 of these questions utilized a one-to-five rating system or one-word answers. The other five were open-ended questions, encouraging students to give opinions and describe their issues with and recommendations for the Arch.

Student opinions on the Arch tend to be extreme. This is evident online in Reddit posts and around campus with stickers saying, “bummer arch,” and “ARCH SUCKS.” Students have been bold in expressing honest and negative opinions publicly before, and, according to Gramenides, this translated into “vulgar” student responses.

Some questions on the survey included:

Gramenides began his presentation by closing the meeting to only Senate members, administrators, and President of the Union Caitlin Kennedy ’20, which passed with 13 votes for, one against, and two abstentions. When The Polytechnic asked who voted against and abstained, Chaz Bernstein ’22 said he voted against simply because he did not like closing their meetings. Gramenides explained his abstention: “If I’m the one motioning, I don’t know, I feel it’s appropriate to abstain.” The second abstention was not claimed by any senators, and no record exists of who voted as such.

When asked if responses would be released to the public, Gramenides responded that the task force intended to both hold a forum to allow students to voice their opinions and to release a full report of the results. Lettko reasoned that student opinion would be better released in this way—rather than uncensored during the meeting—because “it would be rushed to make it public right away, before we get a chance to discuss it and discuss if it was even appropriate for those statements to be public.”

Gramenides added that responses could also have been traced back to specific students, and they would not want to subject students to any “retaliation” based on their reactions to the Arch.