Gallery: Save the Union protest | The Polytechnic

Gallery: Save the Union protest

Posted on October 14, 2017 in Uncategorized by Brookelyn Parslow, Senior Reporter 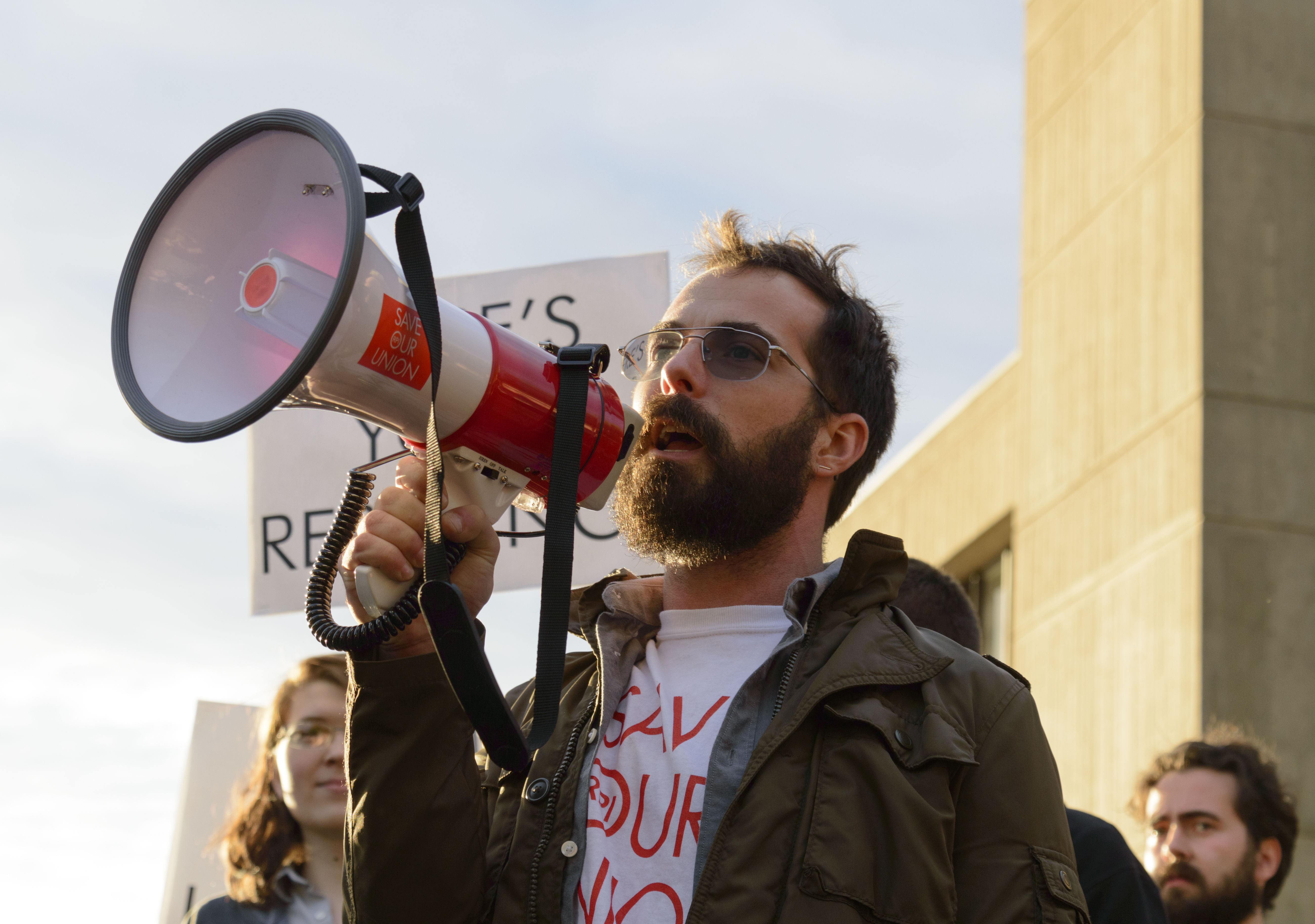 At 4 pm on Friday, October 13, 2017, a peaceful demonstration began between Amos Eaton Hall and the Lally Management Center.

Earlier that day, the Save the Union organization emailed an invitation to the demonstration, or “lab safety class,” to the Rensselaer community. The intended message of the protest was that “the overwhelming majority of the RPI community wants the Rensselaer Union restored to a student-run entity.”

The protest originated outside of the fence enclosing the south side of campus. It was originally scheduled to take place next to the Experimental Media and Performing Arts Center, close the location of the spring 2016 protest, but temporary barriers erected by the Institute and entry restrictions enforced by the Department of Public Safety prevented demonstrators from reaching EMPAC.

According to an email from the Division of Strategic Communications and External Relations, these “event boundaries” were meant to “ensure safety” for the hundreds of various Reunion & Homecoming event guests. Before the protest, Director of Public Safety Jerry Matthews asked reporters of The Poly to vacate the area inside the fence, saying that it was restricted to people with credentials from the Division of Institute Advancement.

Thirty minutes into the protest, a portion of the fence was moved by demonstrators as they migrated onto the grass on the north side of the Voorhees Computing Center. The crowd later transitioned to the grass surrounding the walkway near EMPAC, where they continued to chant, display signs to alumni, and take turns speaking through a megaphone.

A boundary of police officers separated the protesters from alumni going from the Cogswell Laboratory and the Folsom Library to the capital campaign launch event at EMPAC.

The demonstration ended at 6:15 pm.

A more in-depth account of the demonstration was published in the October 18, 2017 issue of The Polytechnic. It can be found at https://poly.rpi.edu/2017/10/18/build_bridges_not_fences/. 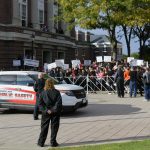 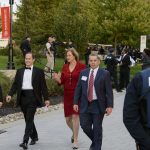 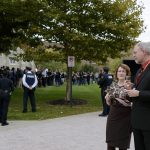 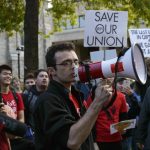 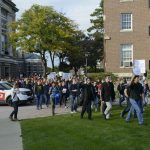 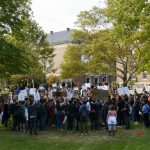