Posted on May 6, 2015 in Uncategorized by Shane O'Brien, Senior Reviewer 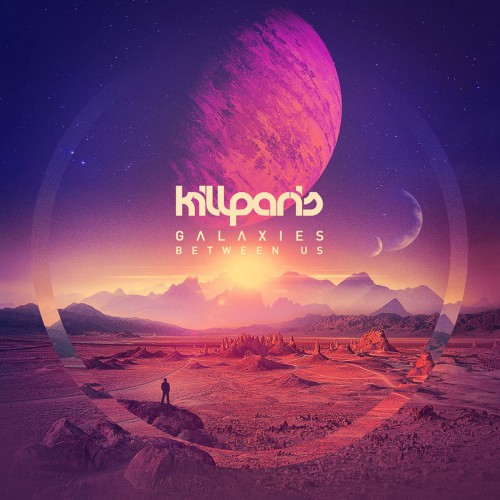 Courtesy of Kill Paris
KILL PARIS RELEASED their first full-length album, Galaxies Between Us, on April 14.

In an age where music artists are burdened with the pressures of making songs entirely for the radio and mainstream success, there are still some producers and musicians who can find a way to shine with their unique talents and abilities. Kill Paris, one of these gifted musicians, solidifies his own identity in the funk electronic genre with his newest release Galaxies Between Us, which came out on April 14. With solid bass lines and outstanding guitar riffs, the album gives off a feel good vibe that is easy and satisfying to groove to.

Kill Paris, despite being around the music scene for the better part of a decade, has somehow eluded a full LP release until just last month. Countless originals and remixes flooded dancefloors and various music forums online, but this marks his first full length project. To this reviewer’s excitement, Kill Paris does not disappoint in his debut LP. From the very first song to the conclusion, the relaxation and groovy vibes don’t stop.

The first song on the 10-track album, “Arrival,” opens the album perfectly. The mysterious and atmospheric opening to the song brings the listener right into the feel of the album. Then, halfway through the song, Kill Paris hits us with his fantastic synths and melodies that draw the listener into the upbeat mood. The following two songs, “Gonna Get High” and “Summer Daze,” are some of my favorites on the album. They feature amazing sound production and melodies that will get stuck in your head for days. After my first listen, I was almost powerless to go about my day without humming the melodies to myself.

The fourth song on the album, “Operate,” is undoubtedly the best song on the LP. Featuring on the track is singer Royal, who provides absolutely fantastic vocals that fit the production almost perfectly. The drop is light but delightful, and the sounds incorporated into the song are unique and memorable. If I were to recommend just one song for the average listener to give a chance, it would be “Operate.” In this masterpiece, Kill Paris’s unique songmaking abilities combine with oustanding vocals to make one of the best electronic songs this year.

The following two songs take a step back in terms of quality and feel. “Space Forest” and “What I’m Feelin’” are both really relaxed songs that bring us down from the upbeat tune of “Operate.” Despite the fact that they both still feature great production value and interesting chopped-up vocals, I regret to say that Galaxies Between Us reaches a bit of a lull at this point.

In the LP’s seventh song, Kill Paris picks up the slack. He reunites with his old friend Marty Rod to create the roaring tune “Blame It All On Your Way.” Marty Rod featured on Kill Paris’s hit song from 2013 “Falling In Love Again,” and he returns here for an amazing part. Although the production is a bit forgettable, the lyrics and chorus make the song a hit.

Concluding the album are the songs “Interlude,” “You Don’t Love Me No More,” and “Tropical Dinosaur.” Although not nearly as memorable as some of the other songs on this release, they all feature phat bass lines and amazingly formulated riffs and melodies that complete the vibe of the album.

At the conclusion of the final song, the listener has just completed a true musical journey. Some electronic music albums struggle to establish a consistent feel while still having the individual songs maintain their own unique touches. Kill Paris’ Galaxies Between Us, however, allows the listener to relax, groove a little bit, and just truly enjoy an easily flowing album for around 45 minutes. This musical journey is available for free through his label Sexy Electric, and I highly recommend checking it out.