Institute to take over ICA Athletics budgeting from Executive Board

Posted on February 10, 2016 in Uncategorized by Jack Wellhofer, Senior Reporter 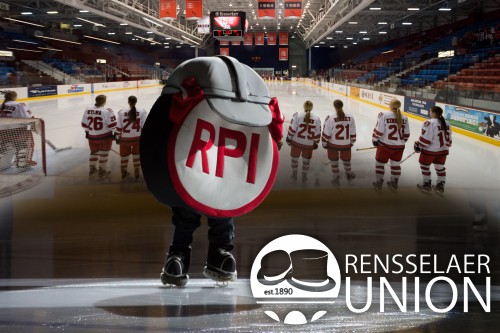 Sidney Kochman/The Polytechnic
THE STUDENT LIFE BUDGET WILL INCLUDE the portions of the Athletic budget that were Union-controlled.

On Tuesday, February 4, Vice President of Student Life Dr. Frank E. Ross III announced to the student body via email that the part of the Athletics Department budget previously budgeted by the Rensselaer Union Executive Board for athletic budgeting will now be included in the overall Student Life budget.

The Polytechnic had the opportunity to meet with Dr. Ross and Director of Athletics Dr. Lee McElroy to discuss the changes coming to the Institute and the Union.

“The change has come around as a result of good timing,” explained Dr. Ross. Every four years, the National Collegiate Athletic Association requires Rensselaer to complete an external review of the athletics department to ensure the following of all practices and principles. In addition to an athletics audit every four years, the Institute is required to undergo reaccreditation by the Middle States Commission on Higher Education every ten years following a similar philosophy. These two reviews happened to coincide this year and in both these reviews was a recommendation for a change in the current budgeting process.

Dr. Ross explained that this change in budgeting practice is more in line with what is expected of both NCAA practices and MSCHE practices. According to MSCHE guidelines for athletic programs, “all expenditures for and income from athletics, from whatever source, and the administration of scholarships, grants, loans, and student employment, should be fully controlled by the institution and included in its regular budgeting, accounting, and auditing procedures.”

Currently, the Union only funds a small portion of the athletics budget; this includes equipment, travel, assistant coaches, and recruitment, while the rest is in the Student Life portfolio of the Institute. While the Union is considered an auxiliary service in the portfolio of Student Life. Under the old system, if the NCAA teams were to make changes to their budgets concerning those items budgeted by the Union, those changes would have had to go through E-Board approval. With this shift, all of the athletics budgets now reside under the Student Life portfolio, to be budgeted by the Institute starting next year.

With the previous system, the Student Activity Fee was collected through the Bursar and distributed to the Union. The Union then took the allocated money and budgeted for clubs, services, and athletics. Under the new system, funds will go straight from the Student Activity Fee line item to athletics. Clubs and services will not see a decrease in funding due to this change; money from the Activity Fee will still go to the Union funding of clubs and activities. In addition, this would allow the E-Board to move club budgeting to the December study days, a time previously reserved for athletic budgeting, from the weekend before the Spring semester starts, allowing more time to complete the Union Annual Report.

Under the new system, Dr. McElroy explained that students will still be a part of the budgeting process for athletics. The formation of an athletics oversight body is underway, and they will be tasked with keeping in line with NCAA policy, the recruitment of athletes, and budgeting. Dr. McElroy employed a similar oversight body during his time at the State University of New York at Albany, and it is also something recommended by MSCHE, which states “the committee overseeing athletic programs should involve representatives of appropriate constituencies, including faculty, students, key staff, and administrators.”

Lastly, Executive Board held an Ask Me Anything on Reddit, which answered many questions students had about the change. The discussion can be found online at http://poly.news/s/2x9w4/.