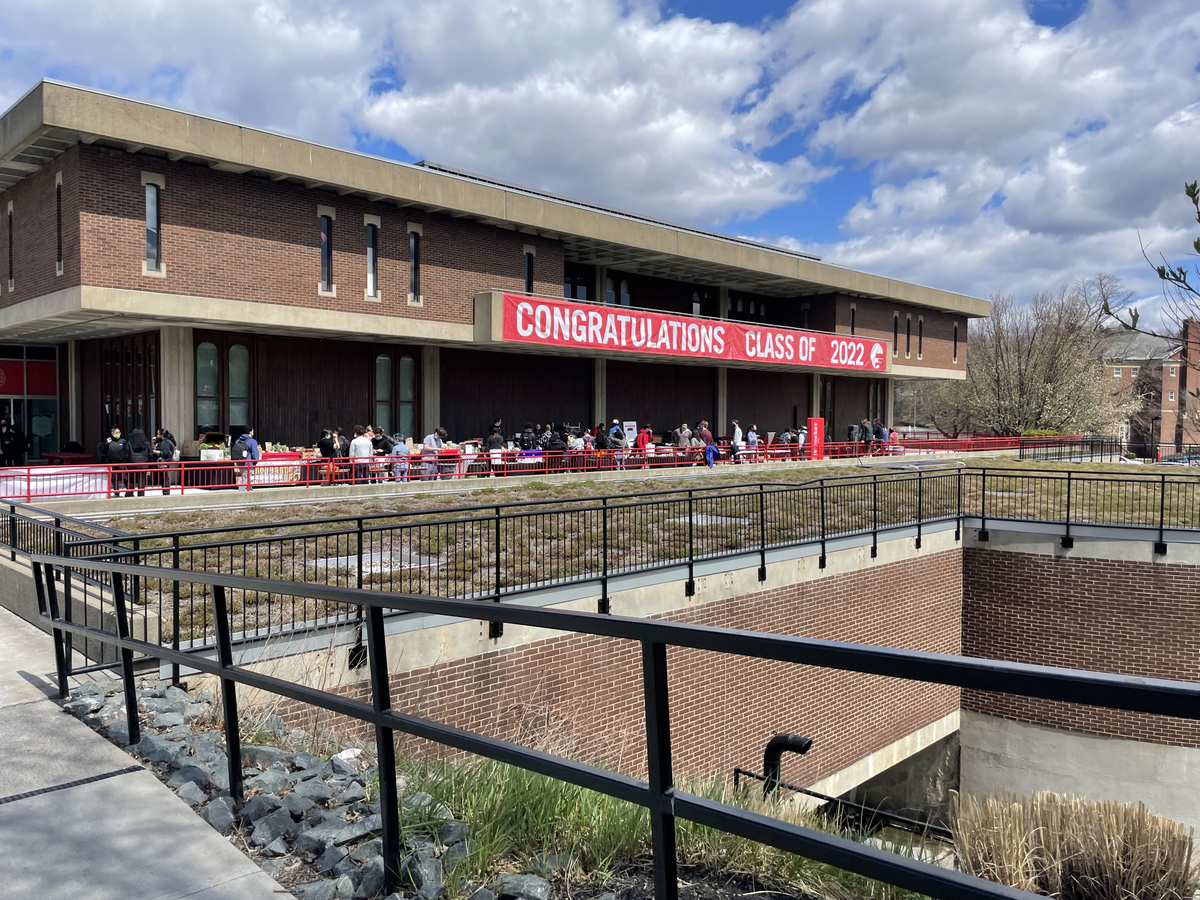 STUDENTS GATHERED at the Union for the Earth Day Sustainability Event. Alexander Orr/The Polytechnic
By Alexander Orr May 7, 2022

Between Freshman Hill and the academic side of campus on Earth Day, April 22, there was a crowd of students outside the Union participating in the Earth Day Sustainability Event hosted by Sodexo. The venue was separated into two parts: Sodexo’s tables on one side and sustainability-related tables on the other.

The student-run side promoted sustainability clubs while the Sodexo side was similar to a farmers market. Director of Catering Nathan Ruger ran the market for vegetables including potatoes, beets, and carrots. There was also a table for Death Wish, a coffee brand introduced to Father’s Marketplace this year. I remember hearing that Death Wish has three times the amount of caffeine as an average coffee drink, hence the branding of the “world’s strongest coffee.” The variety of foods pleasantly surprised me, and I was even happier to hear from Ruger that these foods being sold at the market are the same being used at dining halls like Commons.

The clubs were focused on getting the word out—instead of a market, each group had a poster board. Additionally, for $6, students could paint a pot at the Engineers Without Borders table. This money would then be allotted to funding the club’s projects, like the Panama Project, which aims to provide Isla Popa II with clean water.

Other clubs told me about their sustainability-oriented goals as well. The Food Recovery Network, for instance, told me about how they give away excess food to homeless shelters. The Engineers for a Sustainable World has a similar mission to the EWB. Their project right now includes helping develop a “Community Center for the village of Ek’ Balam,” in Mexico.

Overall, the event was worth attending and true to its goals. Sodexo and students alike were able to share their messages—be it meals or missions—and I was able to get a lot out of the event by talking to each table. I would encourage students to attend more club-promotion events and represent their clubs if they are able to.