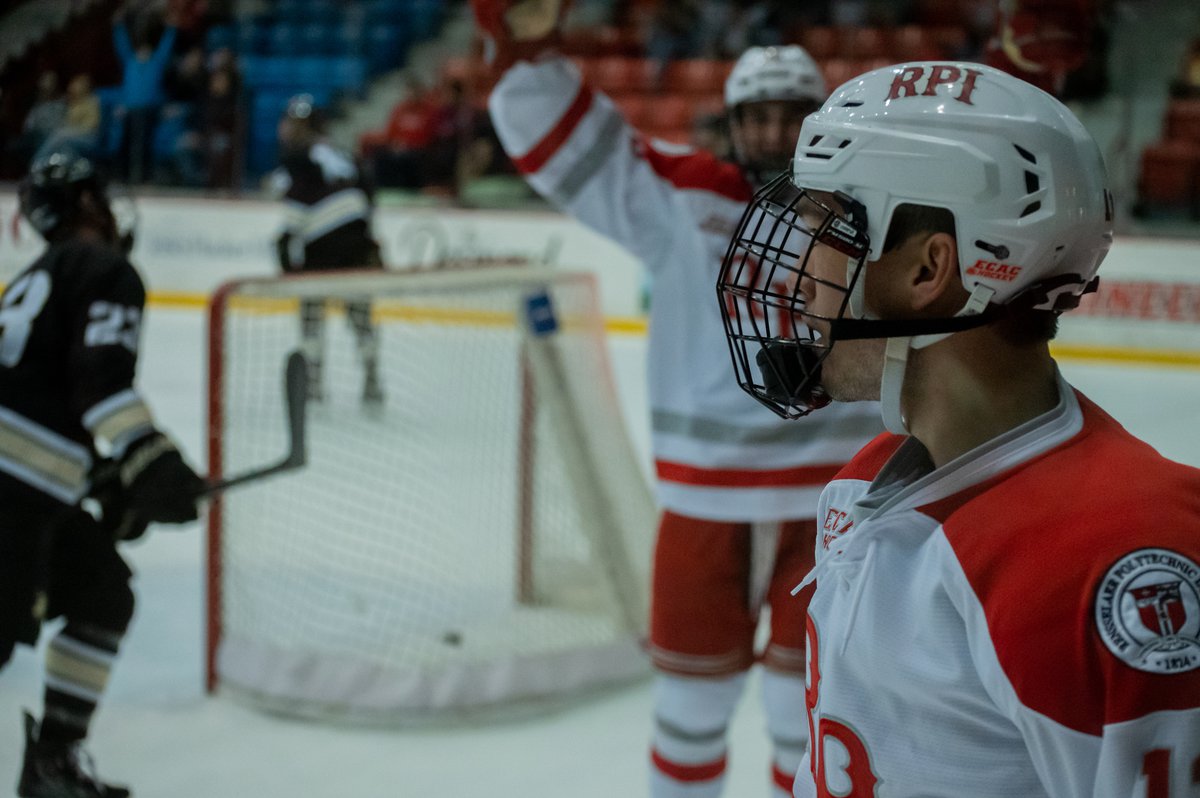 TJ Walsh recorded a hat trick and an assist in the Engineers’ 7‒4 victory over the Army Black Knights. Jack Agnew tallied three assists, Lauri Sertti and Jakob Lee both with two as well, and John Evans and Max Smolinksi netted their first collegiate goals. The win brings Rensselaer’s record to 4‒0‒0, the best start to an RPI season since 1999.

The Black Knights began the game by going down to three men after cross-checking and tripping penalties. The Engineers whipped the puck around the zone, opening up space for shooting lanes. As the first penalty expired, RPI fired shots off relentlessly. After several saves from Army goaltender Gavin Abric, Walsh fired in a go-ahead power play goal to begin the scoring.

A minute and a half later, Army went on the power play as Kyle Hallbauer spent two minutes in the penalty box for holding. Less than 30 seconds later, Black Knight Joey Baez blasted a one-timer five-hole on goaltender Jack Watson to tie the game at one apiece.

The Engineers broke the deadlock a minute later. John Beaton sent a backhand pass to teammate Jake Gagnon in the slot. Gagnon darted a shot past Abric into the top-left corner, regaining the Engineers’ lead. 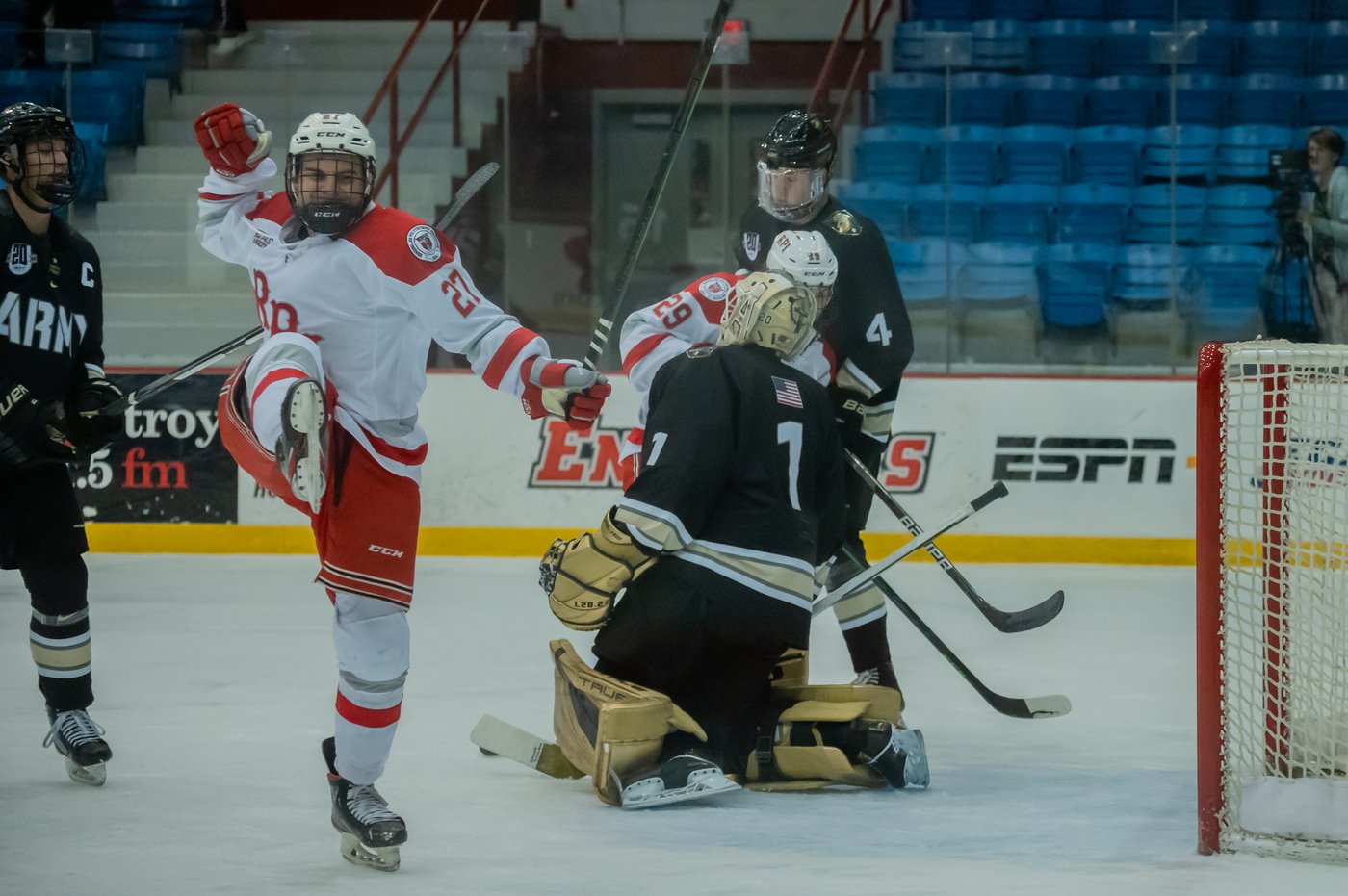 The Engineers extended their lead five minutes into the second period. John Evans, with his back to goal, received a pass from Jack Brackett. Evans spun away from an Army defenseman, opening up plenty of time and space to rifle a shot into the Black Knights’ net, putting RPI up 3‒1. 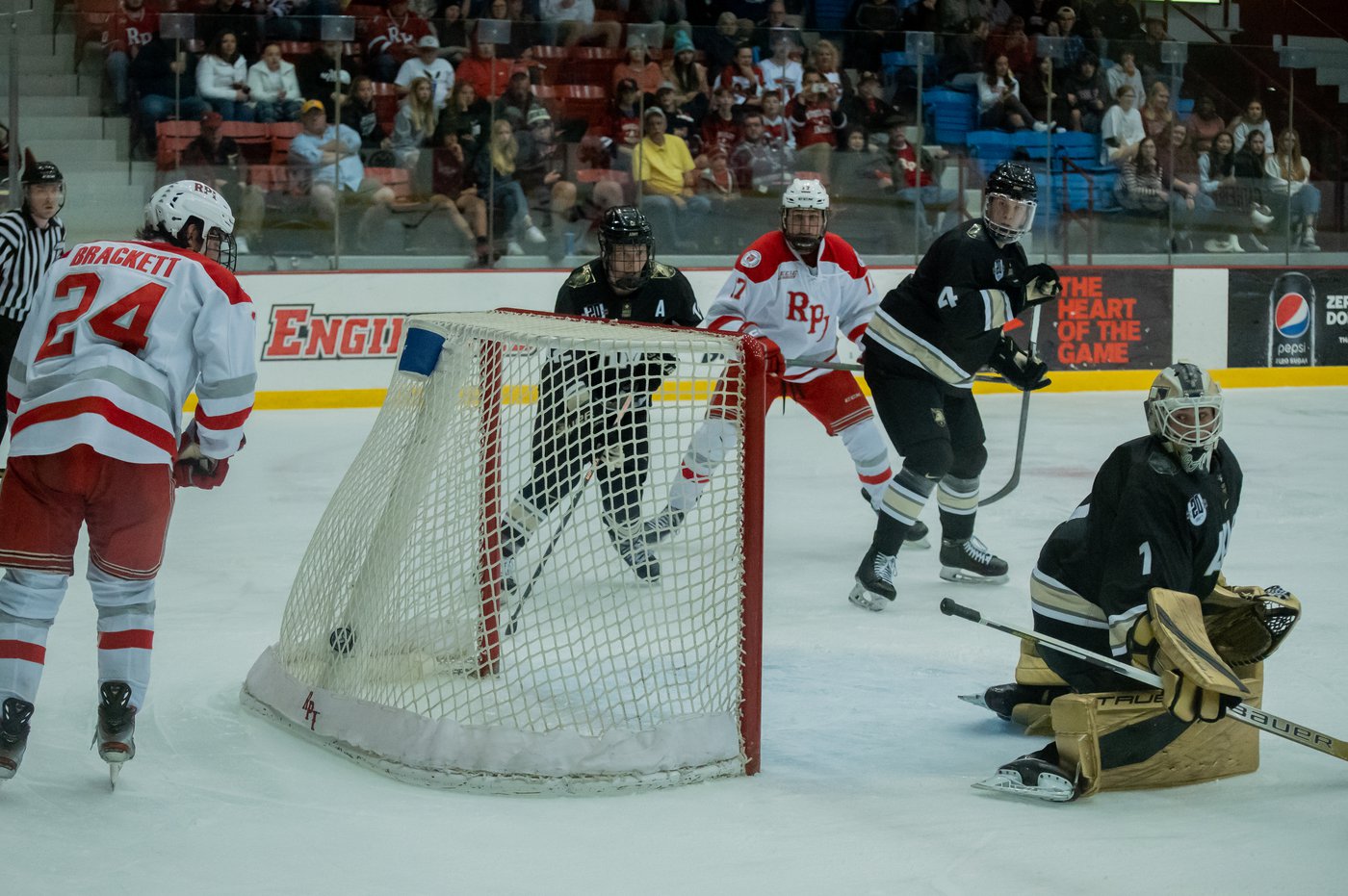 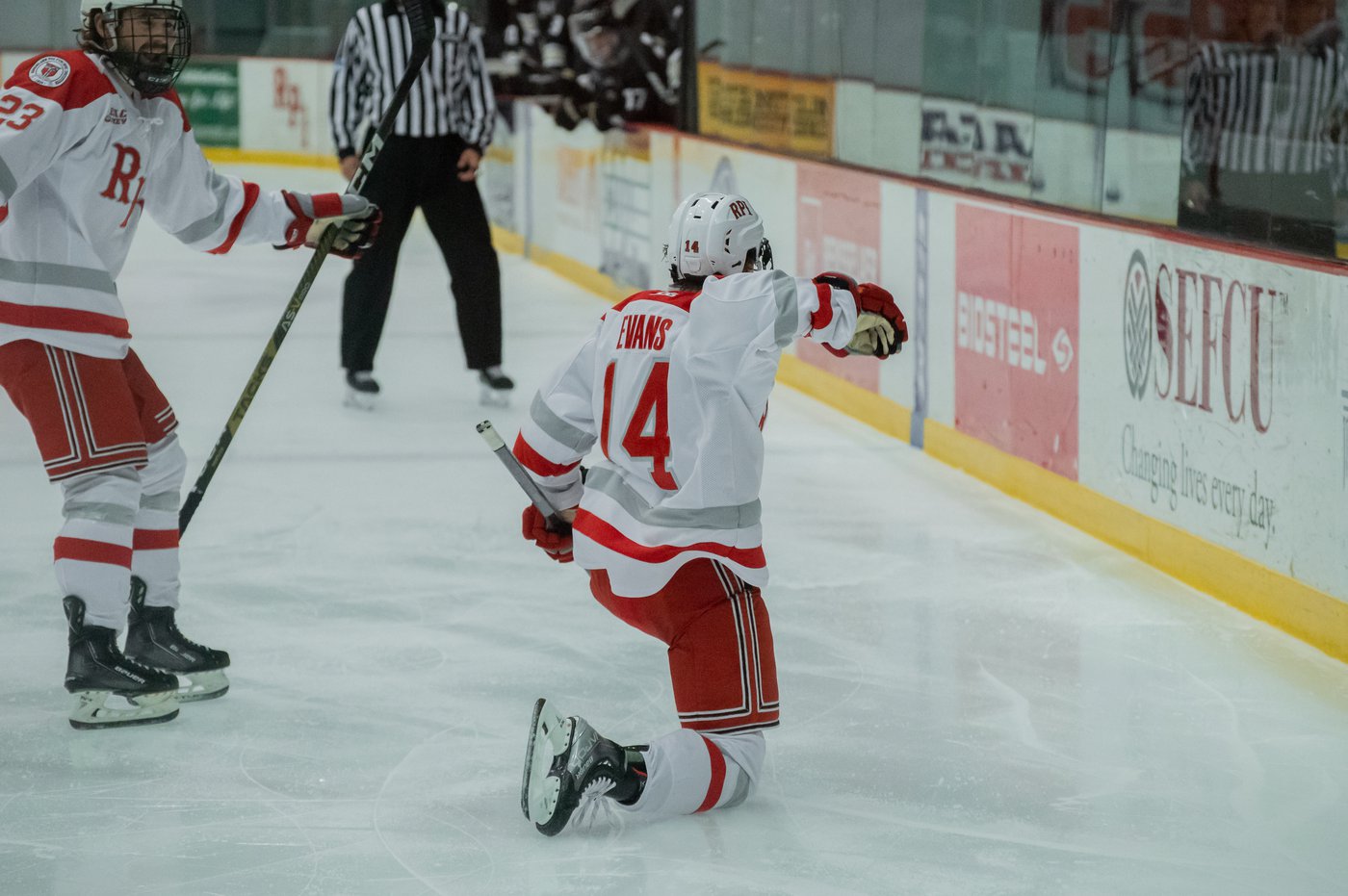 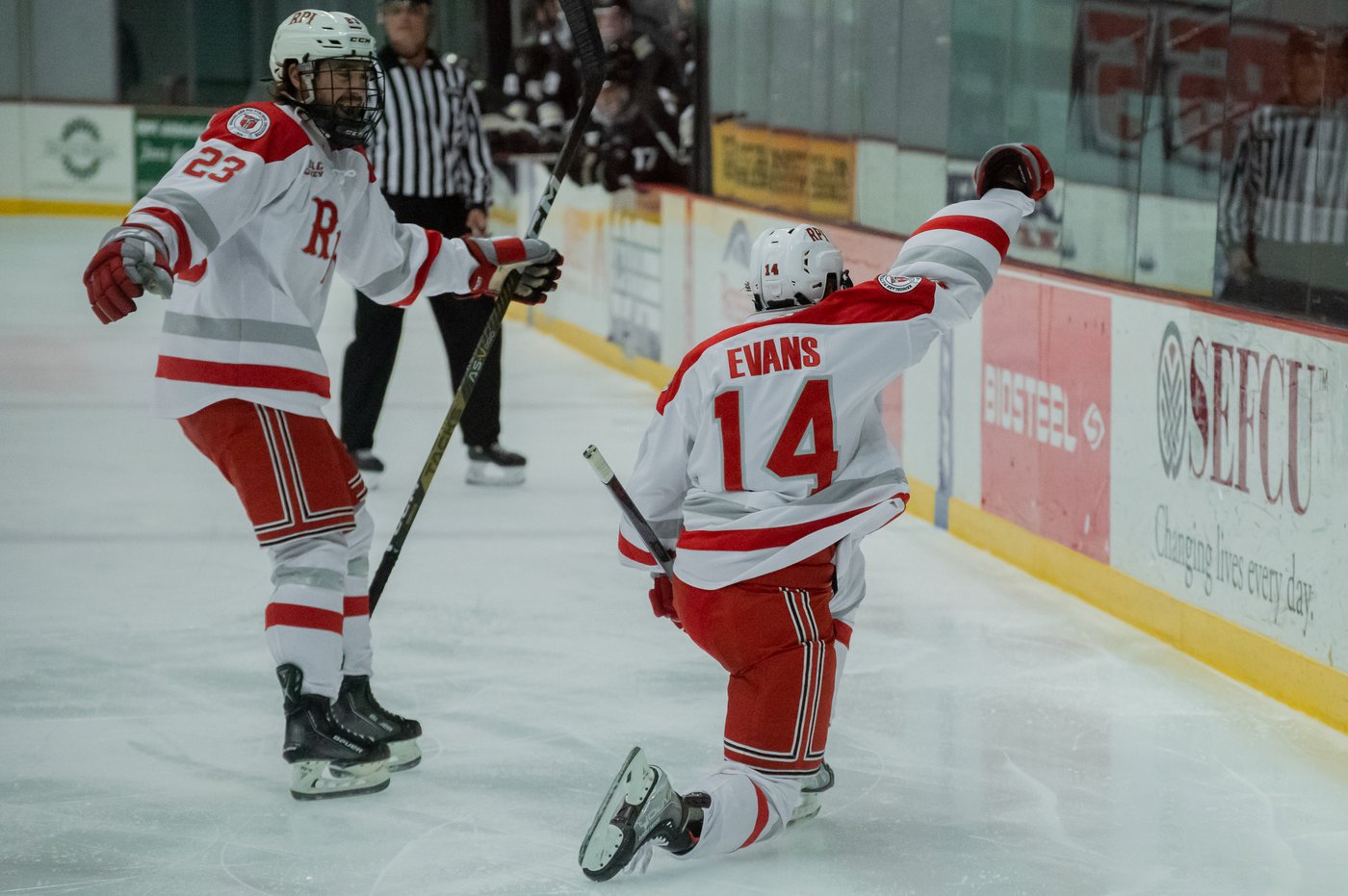 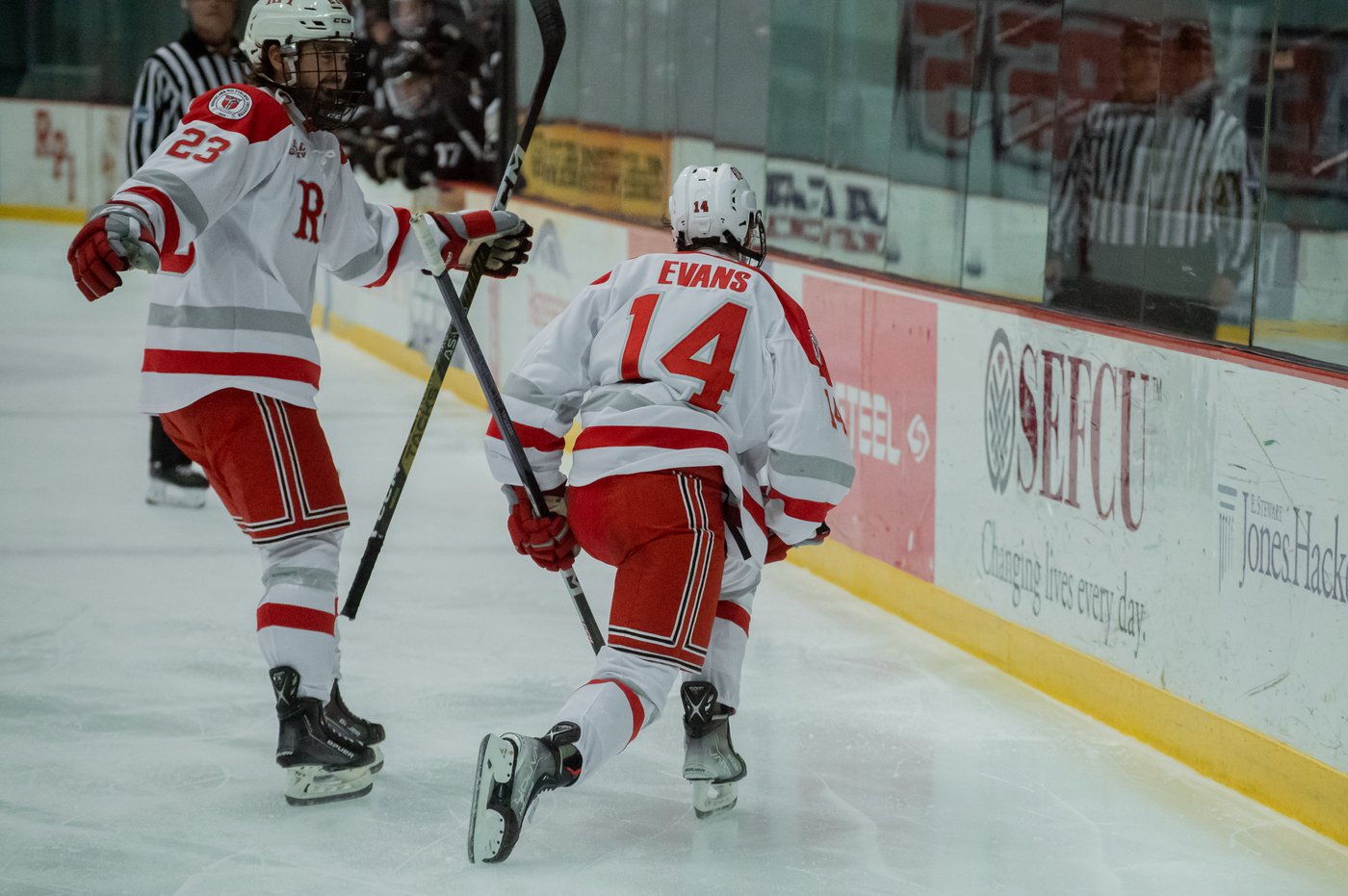 Fourteen seconds after Engineer Sutter Muzzatti was released from the penalty box, RPI's lead went up by three. Lee battled a Black Knight in the corner, winning possession with only four Army skaters on defense. Lee dropped the puck back to Agnew at the blue line. Agnew faked a shot to draw out a Black Knight, then launched a shot toward goal. Abric made the initial save, but Walsh followed up to bury his second goal of the night and increase the Engineers’ tally to four.

Army retaliated with two goals in quick succession to begin the third frame, bringing the deficit back to one and leeching the energy out of the Houston Field House. The Engineers quickly responded. On a power play with 15:11 left to play, Smolinski sniped a bullet into the top-left corner, giving the Engineers a two-goal cushion. A minute later, Walsh completed his hat trick after burying a rebound for RPI’s sixth goal on another power play.

The Black Knights managed to net a consolation goal while short-handed, but the game was too far out of reach. Austin Heidemann slotted an empty net goal with 1:10 on the clock to seal a 7‒4 win. Click here for the box score and tune into ESPN+ to follow the Engineers this season. 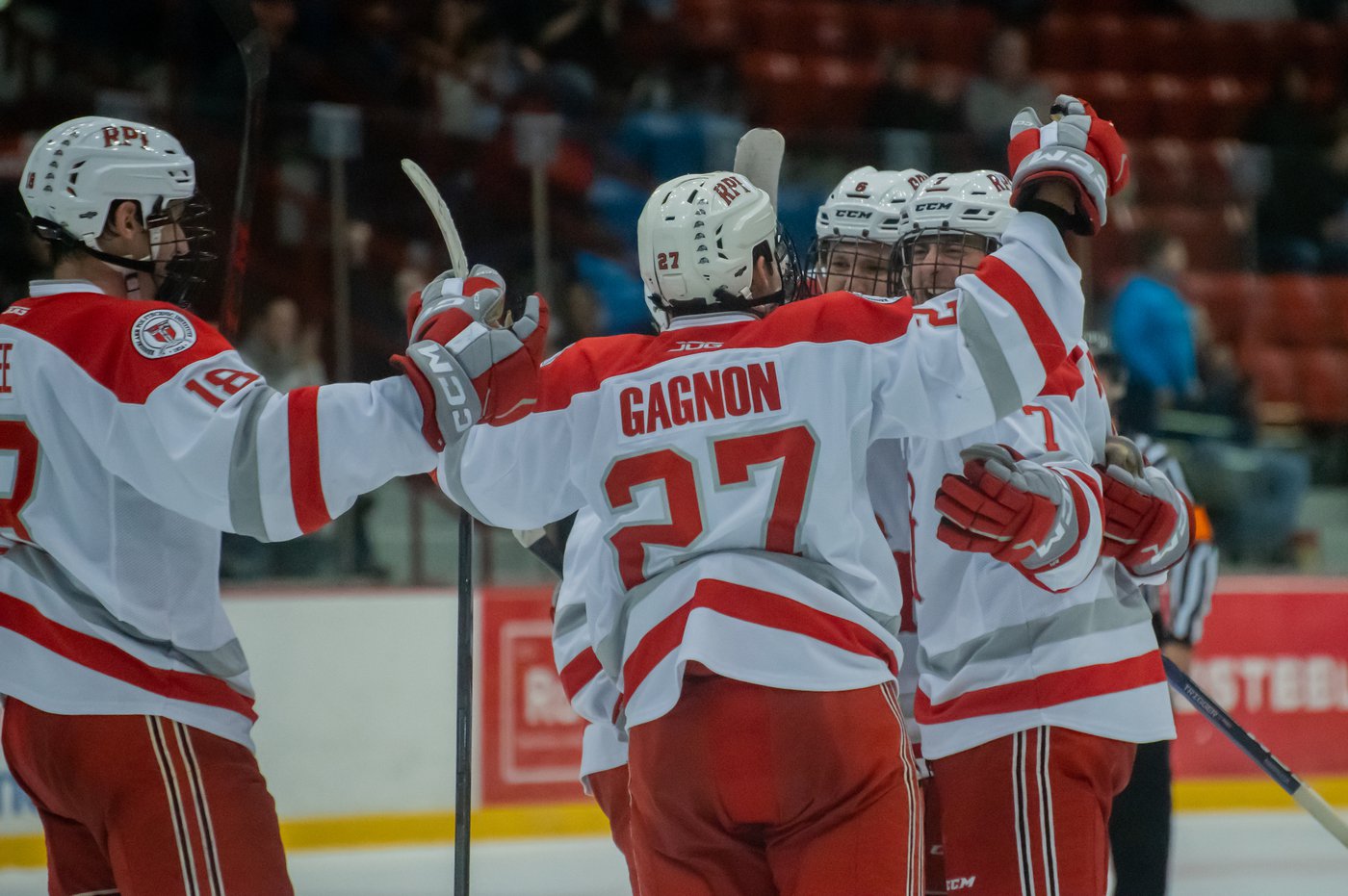