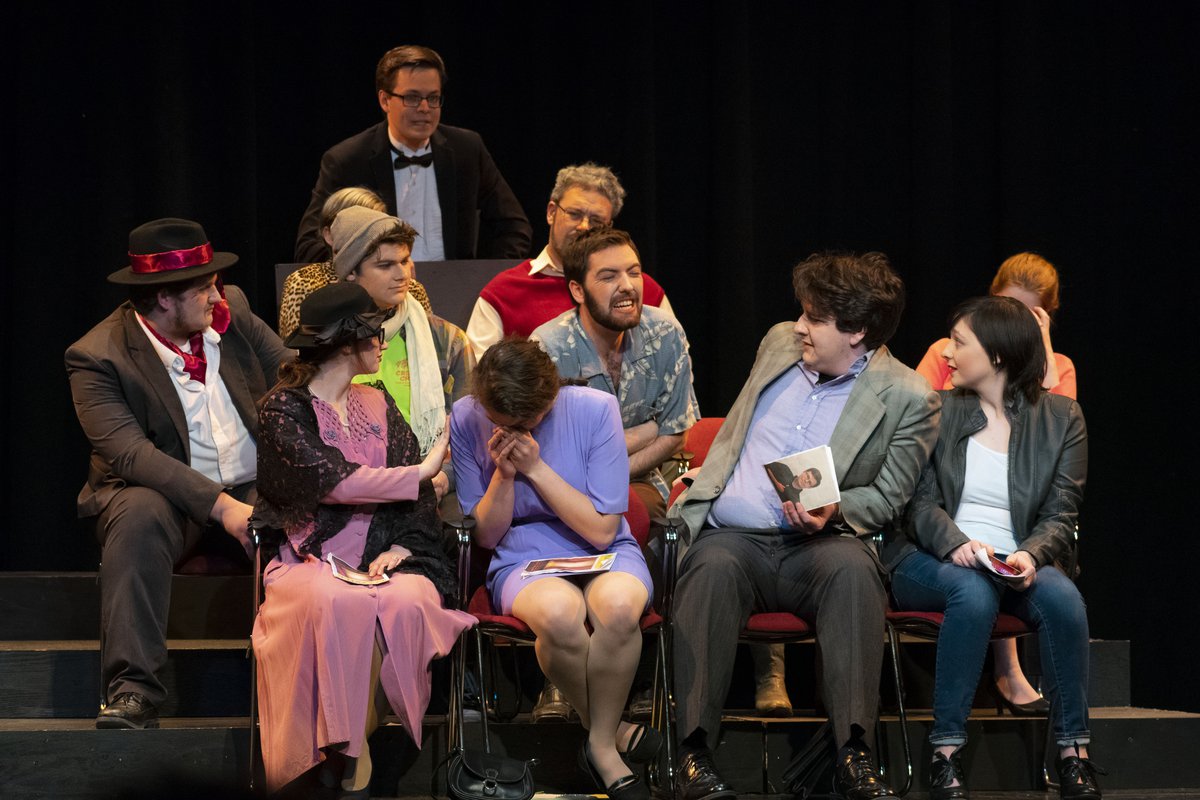 One of the struggles of Valentine’s Day is figuring out what to do with your girlfriend or boyfriend. I decided to take my girlfriend to An Evening of Performance, a show that ran for two weeks at the RPI Playhouse. It was well worth it. The show was split into three different sections; a play put on by RPI Players, an a cappella performance, and finally Sheer Idiocy.

The play was Audience by Michael Frayn, a satirical comedy about the experience of going to a play. The play opens with the actors facing the audience asking when they will do anything interesting and continues to break the fourth wall so much that by the end of the play I wasn’t sure if it existed. While the initial part of the play was confusing—I was trying to understand whether the characters were speaking to each other or whether it was an aside, the play eventually hit its stride and became a hilarious satire on any collective watching experience.

Each character portrayed some stereotype of an audience member. There was a grumpy theater teacher with a student, a family that came in late and made everyone move around, an old man that just slept the whole time and was confused.There was also a mother and daughter just trying to have a peaceful night out, a man on a date with someone who wasn’t his wife and a director trying to control the chaos of the audience. 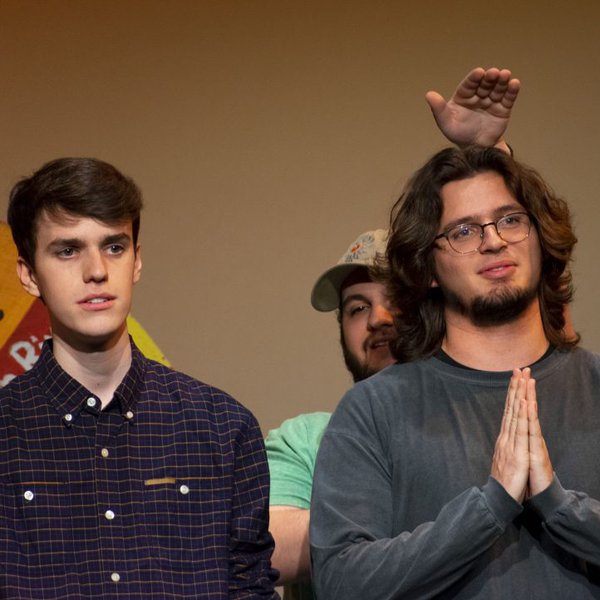 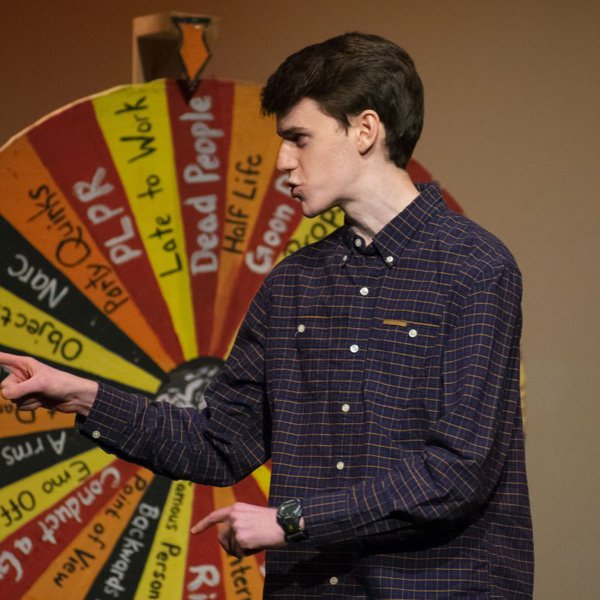 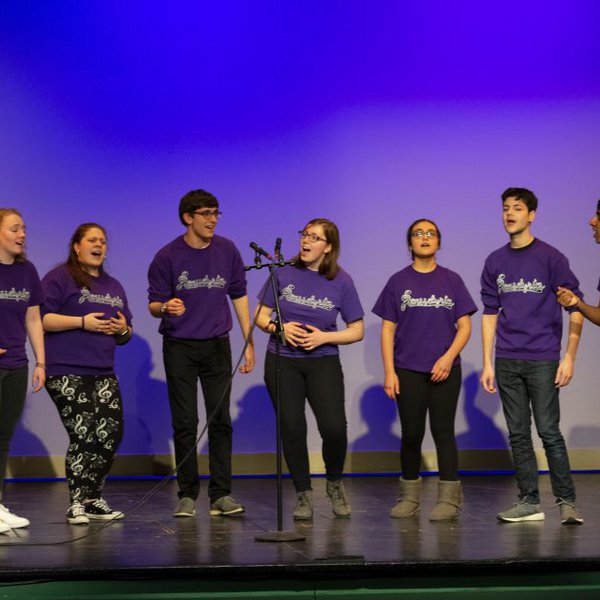 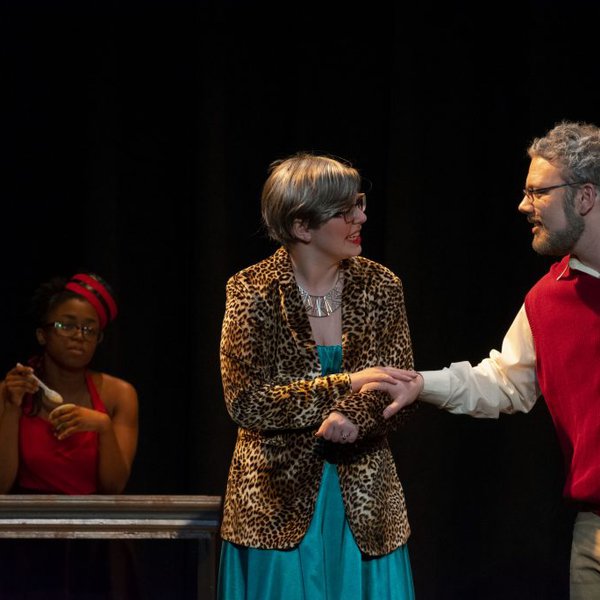 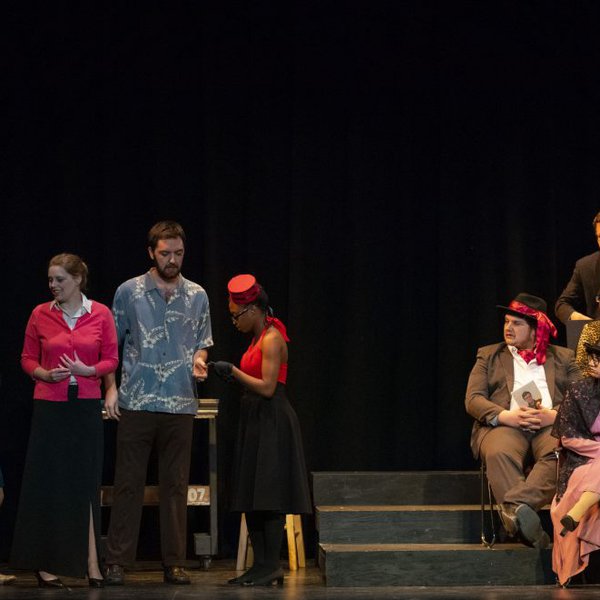 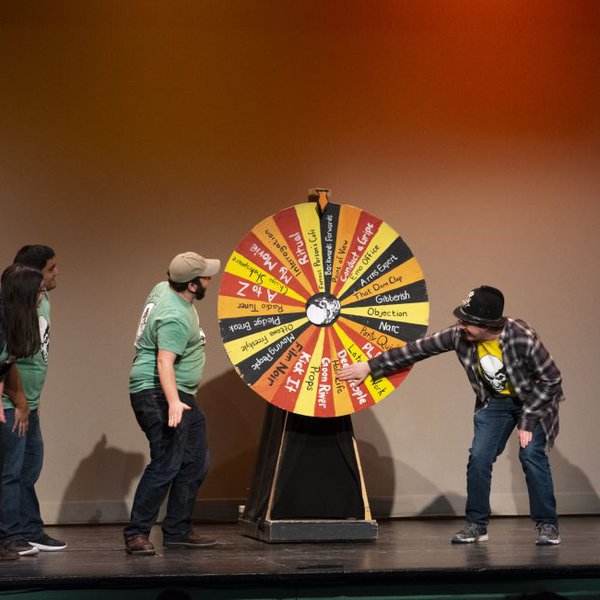 The best parts of the play was when the characters interacted with each other: like when the family realized someone else took their seats, or when the dad tried to stop the student from flirting with his daughter.

The play ended after the first act with one of the members saying “Wow it feels like there should be another act” and yes, I did want another act. It felt like a completely new style of play and I wanted more of it. What disappointed me the most was that when the actors came out to watch the other performances they didn’t stay in character. I would have loved to see them continue the gags during the breaks between performances.

When I went on Valentine’s Day, the a cappella group set to perform was Duly Noted, and they had a wonderful, themed show. While I didn’t see any of the other groups at the other showings, I have seen them at other venues throughout the year and would expect that they all gave great performances as well.

The last part of An Evening of Performance was the improv group Sheer Idiocy, and they had me dying of laughter from the second they got on stage. Some of the improv pieces felt like well-rehearsed acting with jokes that landed perfectly. They ended the night on a perfect note and attendees left with huge smiles on their faces.

I thoroughly enjoyed An Evening of Performance and thought it was well worth the price of admission. 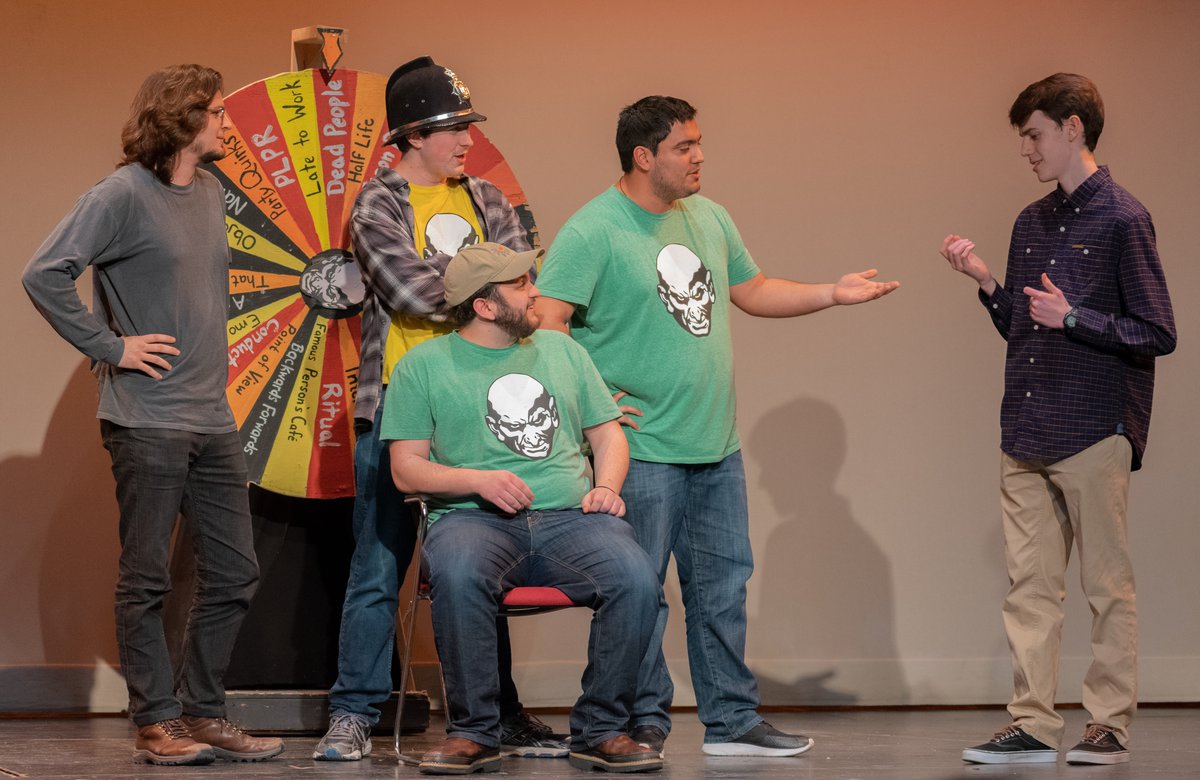