Posted on December 9, 2015 in Uncategorized by Georgina Rose 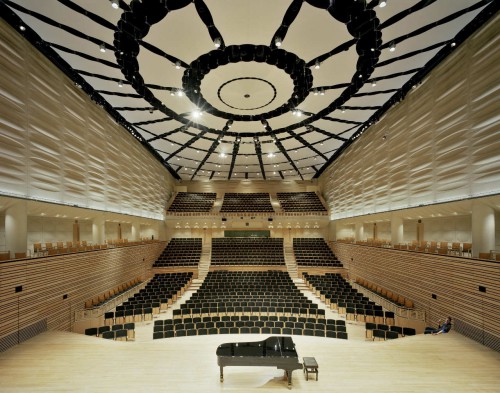 At the start of this semester, I was afforded the opportunity to access a new type of performance art that focuses on intellectual discovery as a means to convey information, with the name of this work being “Modern Political Analysis of Agrarian Farming Practices of Inuit Tribes in the 18th Century,” or MPAAFPIT18C for short. The performance seemed to be shrouded in secrecy, the only way to “register” as an audience member was through a clunky and retro-chic website called SIS, and even then you had to find it at the bottom of the list of works. Even through all this trouble, you still had to sign up for the show way in advance, at least a semester ahead in order to get in. Now, does all this trouble mean a worthwhile experience? You will soon find out.

Entering the theatre for the first time, my fellow patrons and I were given a pamphlet. Normally, most plays provide a brief program that gives a short description of the performance as well as the cast, however, this was no ordinary booklet. The stapled pages were entitled “Syllabus,” and seemed to be a sort of script of the whole work! Was this meant to be a sing-a-long? Some sort of group performance work? Already, MPAAFPIT18C had me at the edge of my seat. Purposefully, it appears the director of the work appeared at the front about 20 minutes late, and desired to be called “Professor,” obviously a humorous attack at the modern low expectations for professorships. As I guffawed aloud, many gave me glares, including the director, creating a very foreboding atmosphere that spectacularly foreshadowed the later part of the performance.

As the director began giving a shallow reproduction of a TED Talk, I started to find myself tiring like some of my fellow audience members, who had begun falling asleep or playing games on their phones. I raised my hand yelling “Question!” and quickly alerting the “Professor” who turned to listen to me. I stood and asked loudly, “What are we meant to learn from this?” The director sharply replied, “Maybe some damn respect!” I sat down stunned. This wasn’t in my syllabus, but the artist “Professor” was able to give such a poignant lesson through just some improvised lines.

After two hours, we were released from the theatre, my mind filled with new ideas and thoughts, which spectacularly, none based on modern political analyses of agrarian farming practices of Inuit tribes in the 18th century. Now, the big question, is the performance worthwhile? There are two shows a week, however, I think one satisfied me plenty, so I won’t be going to any others. But, for the low cost of tuition it’s hard to go wrong, so I think anyone who enjoys art should give MPAAFPIT18C a try!

Disclaimer: All articles and content published on December 9, 2015 are works of fiction. Any resemblance to actual persons, organizations, locations, or incidents is purely coincidental.