Posted on November 28, 2012 in Uncategorized by Omer Chaudhry, Senior Reviewer 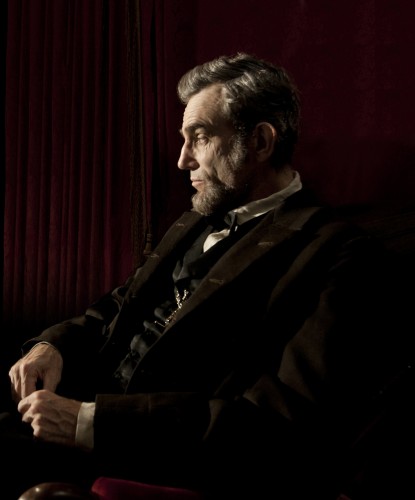 Courtesy of The McClatchy-Tribune
DANIEL DAY-LEWIS STARS as Abraham Lincoln in Lincoln.

Abraham Lincoln is widely considered one of, if not the greatest, president in American history. As such, there have been various attempts at capturing his life; many authors, historians, filmmakers, etcetera, have attempted to dissect this man in order to understand what made him the right person at just the right time in United States history. These attempts have met with varying success, although historians have been able to paint a fairly vivid picture of Lincoln the man and Lincoln the president. Recently, famed director Steven Spielberg decided to take a crack at Lincoln and the result is a sprawling biopic anchored by a stunning, singular performance by Daniel Day-Lewis.

Lincoln isn’t quite the extensive examination of Lincoln’s life that many were expecting. Instead, it focuses on a critical time very late in his presidency: the months leading up to the passage of the 13th Amendment to abolish slavery in the United States. As Lincoln struggles to get enough votes in the House of Representatives, his own personal life is in a state of turmoil as he and his wife continue to mourn the death of their young son, Willie. Outside of this basic setup, there really is no larger plot; the film just focuses on Lincoln’s life at this specific stage in history.

Day-Lewis gives a very typical performance as Abraham Lincoln. By typical, I mean typical for him, which is to say absolutely stunning. As usual, not enough superlatives can be given to about the two-time Oscar-winning actor. His portrayal of Lincoln … let’s just say that by the end of the film you won’t imagine the former president being anything other than the way Day-Lewis plays him. Day-Lewis is Abraham Lincoln in this film; his mannerisms, accent, mastery of oration, and ability to command a room with just his presence is exactly how historians have described, and how American citizens have come to imagine, Lincoln. Day-Lewis captures the former president’s wit, strength of character, and deep melancholy with fantastic results. The screen simply vibrates every time Day-Lewis is in a scene.

Not to be overshadowed, the rest of the cast of Lincoln all bring their absolute A-game. Tommy Lee Jones in particular steals all scenes that Day-Lewis isn’t present for. His Thaddeus Stevens’ cavalier speeches in the House of Representatives are both extremely well executed and highly entertaining. Meanwhile, Sally Field is heartbreaking as Mary Todd Lincoln. Her interactions with Day-Lewis excellently convey the tumultuous state of the Lincolns’ family life. Finally, Joseph Gordon-Levitt has a very brief role as Robert Lincoln, the president’s somewhat estranged eldest son. Although the role is small, Gordon-Levitt proves that he doesn’t quake in Day-Lewis’s presence as he exchanges barbs with him in the film’s effective father-son moments.

Going in, a lot of people were worried that Spielberg would go the route of his overly-sentimental films (I’m looking at you, War Horse) with this movie. While this approach may have made some sense to him given the subject material, Spielberg thankfully decided that this wasn’t the best course of action, and Lincoln is all the better for it. Spielberg’s direction elicits some great moments in the movie; I really enjoyed the opening as well as Lincoln’s round-table discussions with his Cabinet and high-ranking members of his party. The House of Representatives scenes were a little boring but made up for it by some well-staged orations from Jones and others. Overall, though, Spielberg proved up to the task of handling such an important figure from our history, thanks to his deep respect for Lincoln the man. I would go so far as to say that thanks to Spielberg and this film, Lincoln’s significance and status as an American legend has been solidified with a new generation of Americans.

Now, the writing in Lincoln was good, but I couldn’t shake the feeling that the script had been written more as a play than a movie. The emphasis on long monologues from much of the cast as well as the nature of a lot of the sets just made the movie feel very stage-bound. This isn’t necessarily a bad thing, but it was something that nagged at me anyways. Also, the debate scenes in the House of Representatives could be a little boring and Lincoln’s famous stories that he was known to often tell were only really saved by Day-Lewis’s performance and the witty punch lines. Had they been told by a lesser actor, I would have rolled my eyes at them sooner. While this could be attributed to the fact that Lincoln’s stories were actually just really lame, I blame the writers for feeling like they needed to have them in the script; I had a good sense of Lincoln’s wit throughout the film without needing to hear his stories. These complaints aside, the script still did an excellent job of showing Lincoln at the height of his power and vulnerability.

Despite feeling stage-bound, the production values for Lincoln were definitely representative of a Hollywood film. The cinematography was fine, but there was nothing truly great here. I also didn’t really notice the music at all, most likely resulting from the sheer amount of dialogue in the film. Overall, Lincoln was very competent on a technical level without doing anything truly new or different. This was a film that was definitely focused on characters more than any other aspect of the movie.

Lincoln was a very enjoyable film, although a bit boring at times. Day-Lewis’s performance alone is reason enough to go, but Spielberg and Co.’s deep respect for the former president elevates a movie that could otherwise easily have worked as a theater production. If you have any interest in history or a fascination about one of the world’s most significant historical figure, this is definitely something you don’t want to miss.