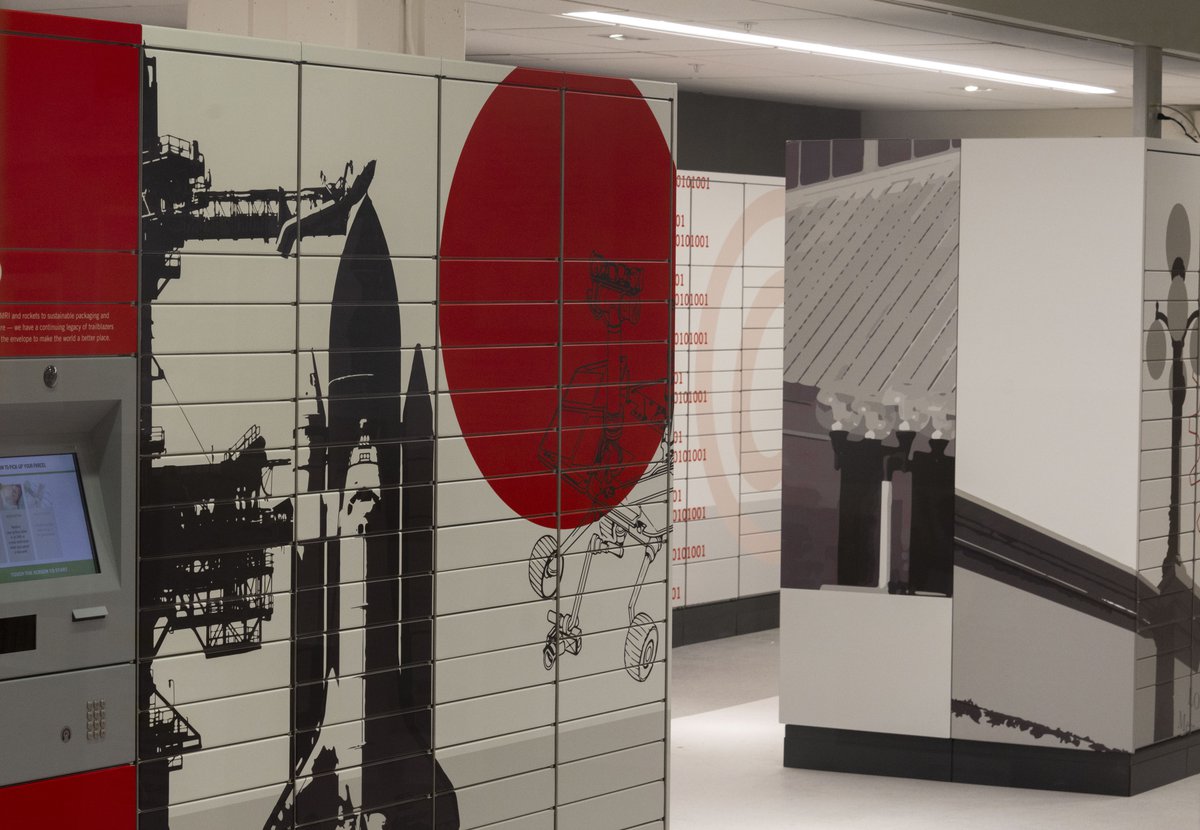 The mail center was recently displaced due to the expansion of Commons Dining Hall on Freshman Hill, which required additional room downstairs for a bathroom and other offices. This prompted a discussion about the future of mail services at Rensselaer, explained Director of Procurement Services Ron Moraski in a presentation to the Executive Board, that ultimately landed upon taking some space from the Rensselaer Collegiate Store. The shipping address will remain the same despite the move.

The mailroom currently houses 800 parcel lockers separated into five bays, each numbered and equipped with a kiosk. There is no door on the entrance so that these lockers can be accessed whenever the Union is open to students, said Moraski.

When a student receives a package, they’ll get an email with a kiosk number and code. When the unique code is entered at the kiosk, the appropriate locker will pop open and the kiosk will remain inoperable until that locker door has been closed—a feature that Moraski said was to make the process more secure. The code will remain active for 15 minutes after its entry in case the door is accidentally closed before the package is retrieved. 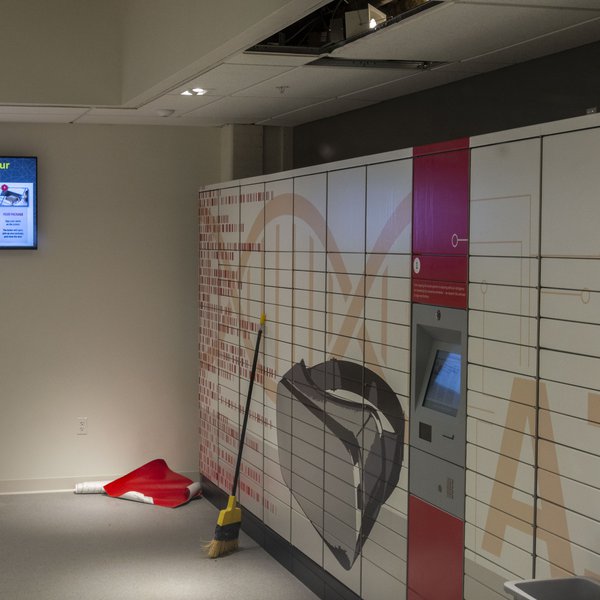 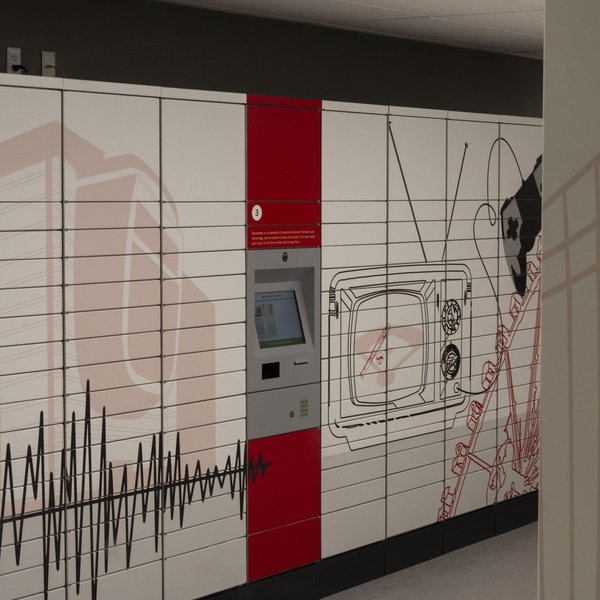 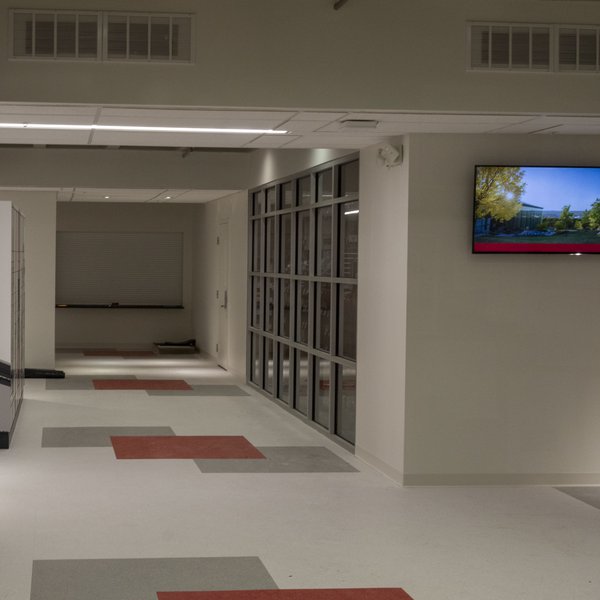 The service counter, which will be open on weekdays from 8 am to 4:30 pm, will hold any packages that can’t fit in the lockers and all of the mail that would’ve otherwise gone in students’ mailboxes in Commons. Deliveries of any kind will now prompt an email. If a package is not picked up from the lockers within 48 hours of the student receiving their notification email, then that package will also be moved to the service counter and the student will receive another email.

The change in the types of mail that students are receiving is what necessitated the switch to a locker system, explained Moraski. According to the rounded figures he presented to the E-Board, students received around 100,000 pieces of mail and 10,000 packages in 2008; by 2018, those numbers had swapped. This led to the long wait times at the Commons mail center, he said.

The new space was designed so that lockers can be added if they’re needed. Lockers, in three sizes, can also be reconfigured based on Rensselaer’s specific demands. The initial decision on the number of lockers and sizes was informed by how the service has been implemented on other similar campuses, according to Moraski.

The move to the Union now puts the mail center on a shuttle route, which increases convenience for students in off-campus residence halls. Any mail addressed to the Colonie Apartments and RAHPs will continue to be delivered directly by the U.S. Postal Service.

When Representative Cassidy Schultz ’21 asked if they would consider making this service available to students living in off-campus housing, Moraski said that it was a possibility that depended on capacity, but that they “could look at that.” 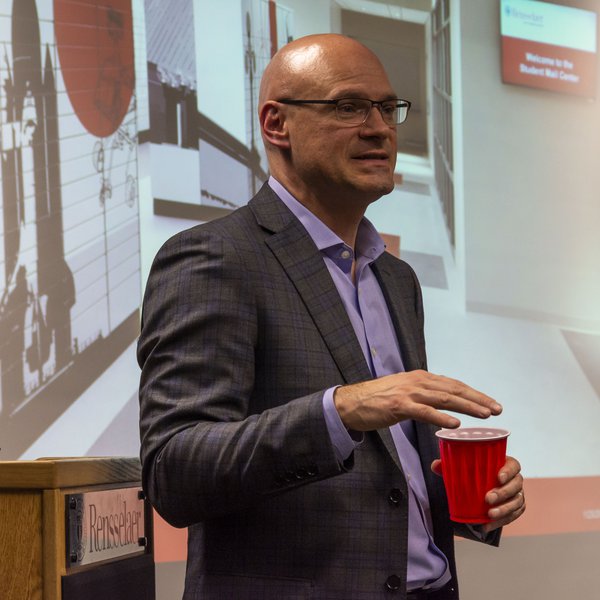 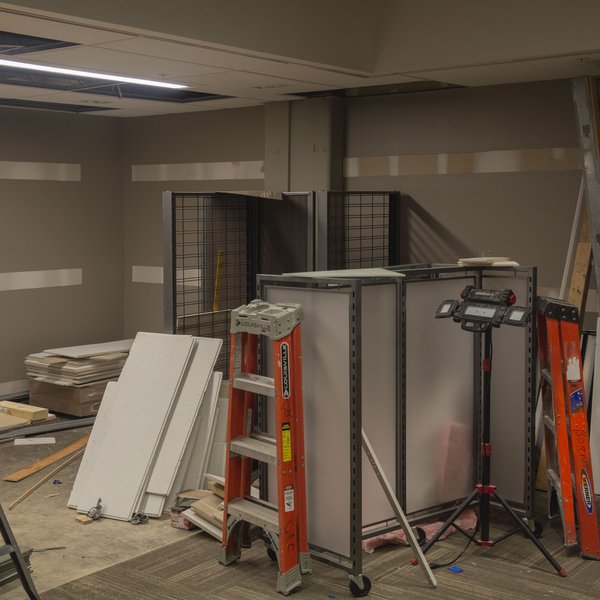 The Executive Board passed an electronic motion to “approve a space within the Collegiate store” for this mailroom in June 2019 with a vote of 6-5-1. In an email thread that discussed the motion, Director of the Union Charlie Potts elaborated on the rationale for the relocation: to “enhance the Bookstore area with additional traffic” and “bring mail service back into the Union (where it once was).”

The new student mail center took around 2,600 square feet from the Rensselaer Collegiate Store. According to Potts’ email, the details of the design and reallocation were negotiated between the Institute and Follett Corporation—the company that has been managing the store since late 2015. The explanation attached to the motion said that Follett “fully supports” the proposal and that the reduced size is still larger than the average store for a campus of Rensselaer’s size.

“Since the Union receives an annual income of approximately $400K from the Bookstore, supporting and advancing the Bookstore business is vital to the Union,” wrote Potts. The Union budgeted to receive $393,598 from the bookstore in Fiscal Year 2019, which comprised 62 percent of the facilities’ income for the Union. The total projected income from the activity fee charged to Rensselaer students in that same year was $2,861,625. The contract with Follett expires at the end of this fiscal year, which is in June, and will be up for reconsideration then.

There was a United States Postal Service substation in the Union until its removal in 2013, a decision that the president of the Union at the time attributed to the approximately $30,000 annual cost of its operation. This new mail center—including the renovation and employment of people at the service counter—is not being funded by the Union, said Kennedy.

The explanation that accompanied the electronic motion in June said that “the remodeling of the bookstore can be completed this summer” if approved by the Board. Construction began in early September, and the target of completion announced to the Board by Potts at that time was the end of the month. Employee training was slated for the first half of October 2019, and the mail center opening for after Thanksgiving Break. Due to delays, construction ended in January.

Moraski explained, after questioning from Business Operations Committee Chairperson Benjamin Volk ’20, that there were code issues with sprinkler heads that obstructed progress and resulted in scheduling issues with the construction company that was hired.