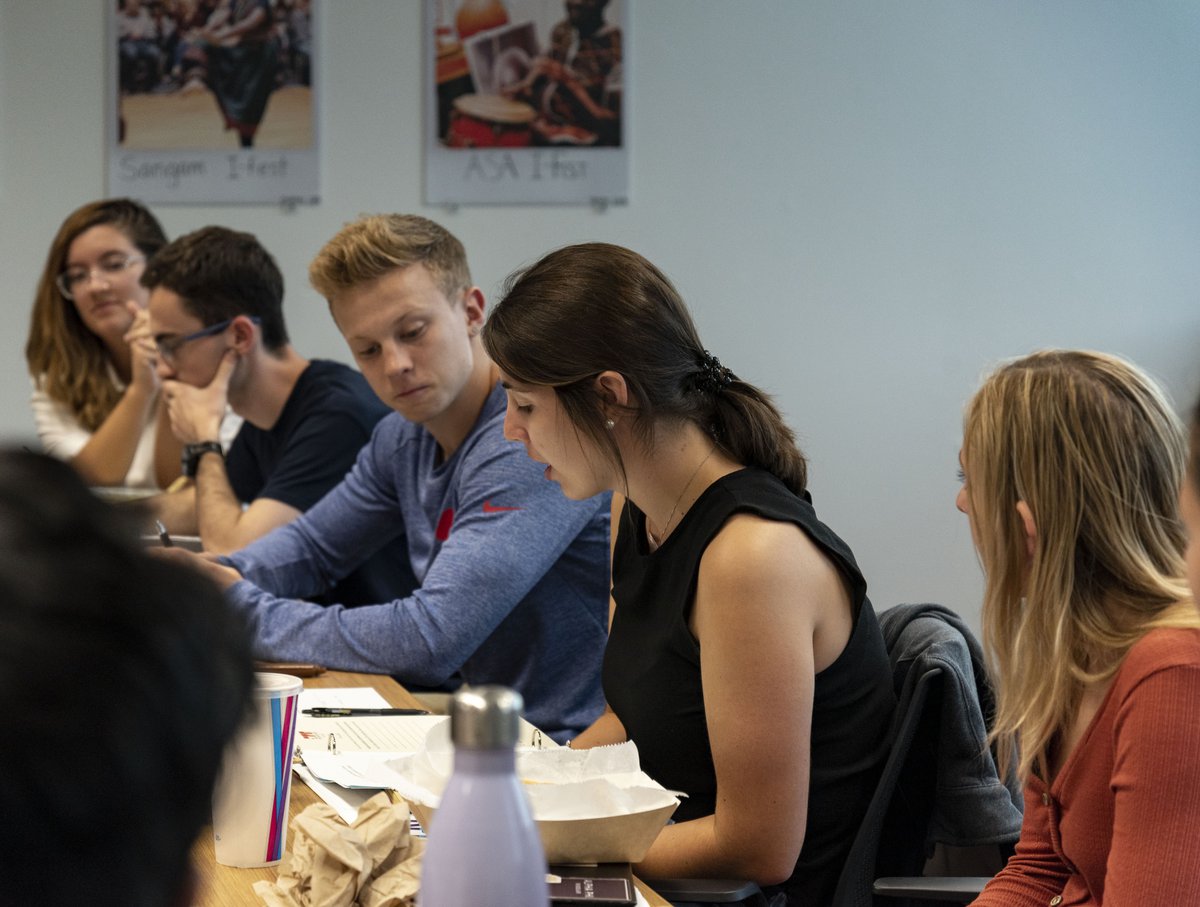 PRESIDENT OF THE UNION CAITLIN KENNEDY '20 ADDRESSES the Executive Board during its first meeting of the year. Madeline Wilson/The Polytechnic
By Shardul Joshi September 12, 2019

The Executive Board caught up to speed in their first meeting back from Summer break. The Board’s primary focus was discussion regarding updates on the “dominoes project” approved last spring, accompanied by position appointments and general announcements.

Director of the Union Charlie Potts gave his director’s report regarding the status of the “dominoes project,” which was a series of motions approved last spring regarding the shifting and renovation currently going on in the Union. Some of the room changes have been completed, while others have not. Future plans include converting the old RPI TV office to the new Ben and Jerry’s location, whose old location will then become the Campus Unisex Salon.

The Multicultural Lounge has also not yet been moved to their new room, the current Patroon Room. The planning for the move is expected to be finished this fall and the new space should be occupied by June.

Potts also reported that the far left wall of the Collegiate Store will soon house the mailroom, rather than Commons Dining Hall. The construction began Monday and the target for completion is the end of the month. Training for employees will occur in the first half of October, and the mailroom should be operational after Thanksgiving break.

President of the Union Caitlin Kennedy ’20 made a ceremonial motion to formally thank Father Ed, “for his over 30 years of dedication and commitment to the Rensselaer Union.” Father Ed recently retired, and there will be a mass and reception in his honor.

The Board also voted unanimously to grant Project Director for the Office of Greek Life Commons Wendy Wheeler the use of Union Admin Office 3576 for the Fall semester, rather than an office in Hall Hall where Greek administrators are usually located. Kennedy justified the decision, mentioning that Wheeler is the only Greek deans at this time, and should be more accessible to students.

The Board also unanimously voted to reappoint Benjamin Volk ’20 to his previous seat as Business Operations Committee Chair as he returned from a co-op this semester. They also voted to appoint Harry Zhou ’20, who is taking his “first foray into Student Government,” to the Multicultural Leadership Council. Vice President Anissa Choiniere ‘21 said, “he seems to be excited and has a good grasp of what the position entails.”