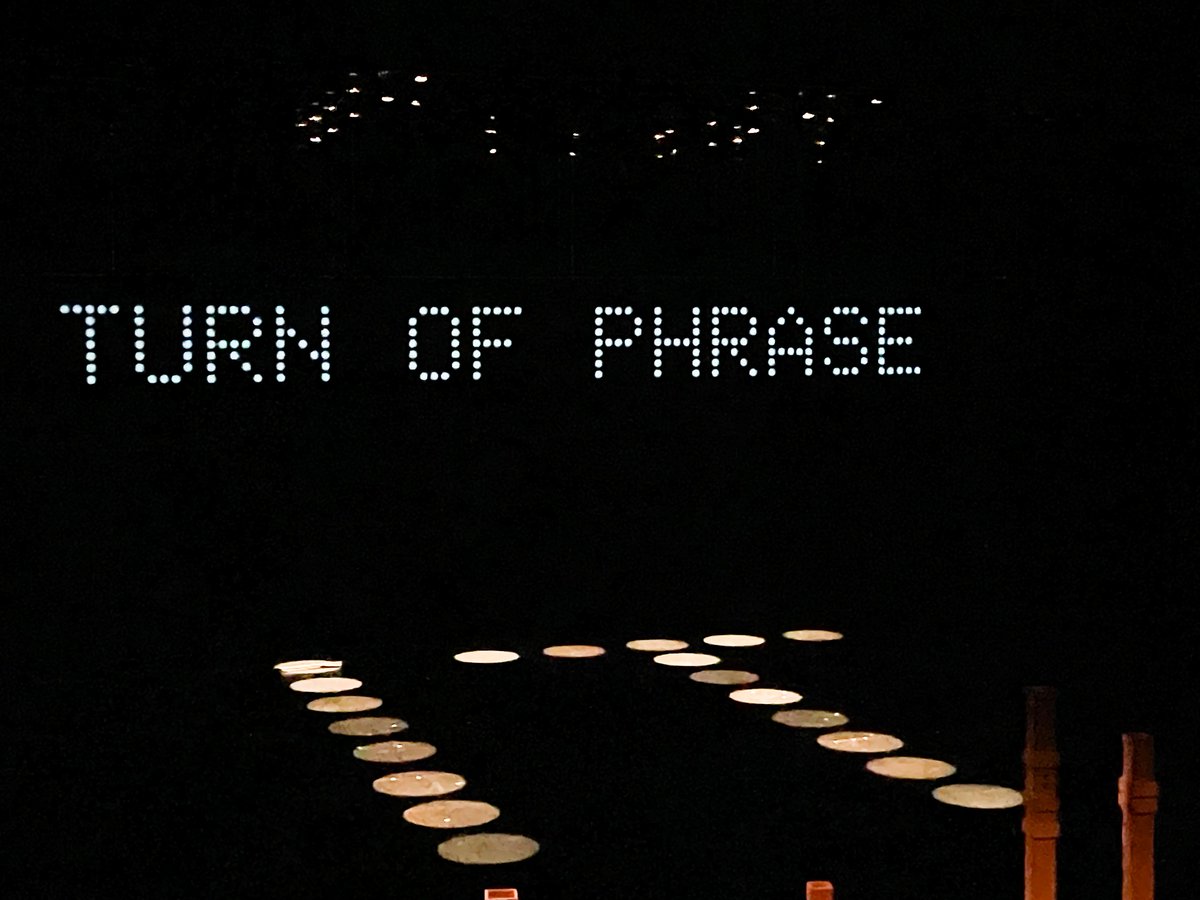 On Friday, September 23, photographer Anna Zuniga ’26 and I attended the 8 pm performance of Only Breath, Words by Anna Craycroft.

We arrived at EMPAC 30 minutes before showtime. There, we were greeted with the low humming of flue pipes warming up. 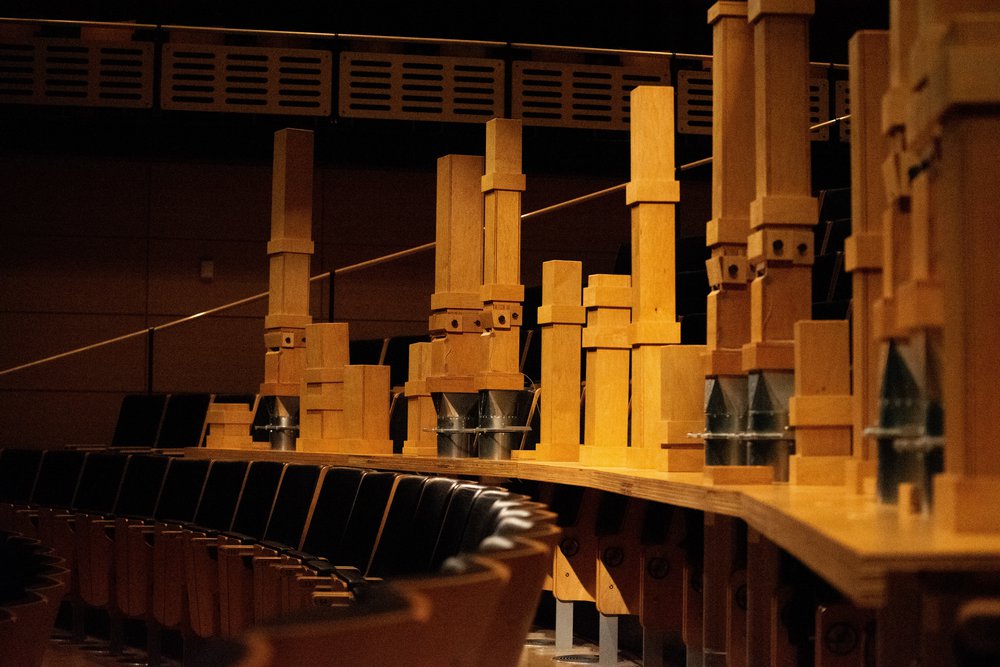 As the pipes whirred and whistled like trains, the performers and stage coordinators warmed up. On the vast black stage, lit by rows of circular light from above, the performers slowly stretched into character. We saw an incredible handstand and someone standing on another's back without quivering. As the performance drew closer, we witnessed a stage manager whispering commands into his headset and the tech crew—stationed at the balcony and on stage—preparing the lights. 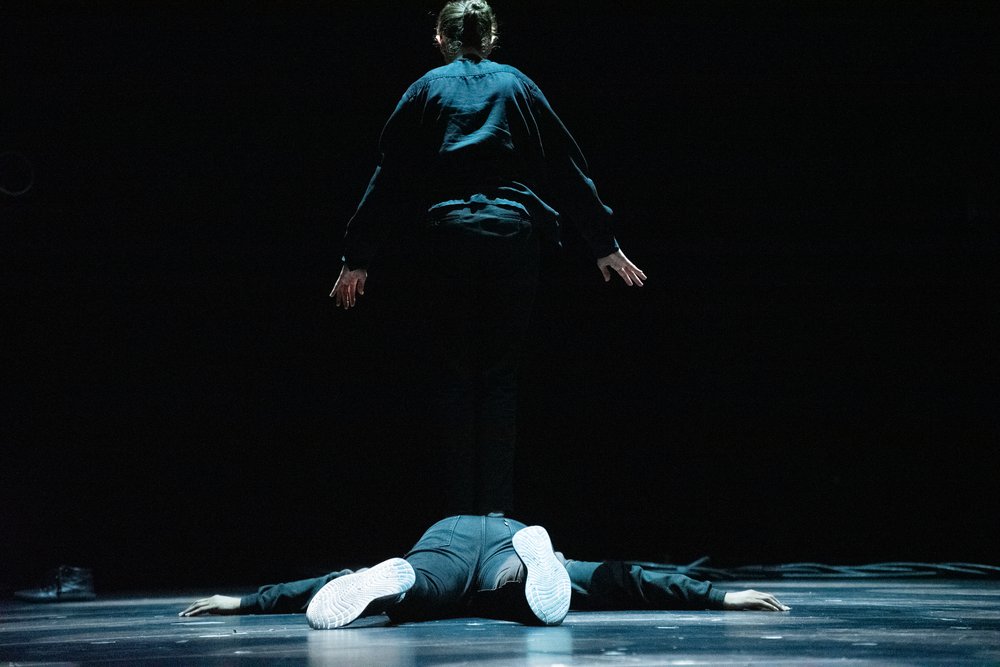 DURING WARM-UP, A PERFORMER BALANCES on the back of another. Anna Zuniga/The Polytechnic

A few minutes after 8, the performance began. The floor of the stage lit up with speckled light, like a galaxy in space. Commanded to attention by the humming pipes and grids of light, the audience was transported to another plane. 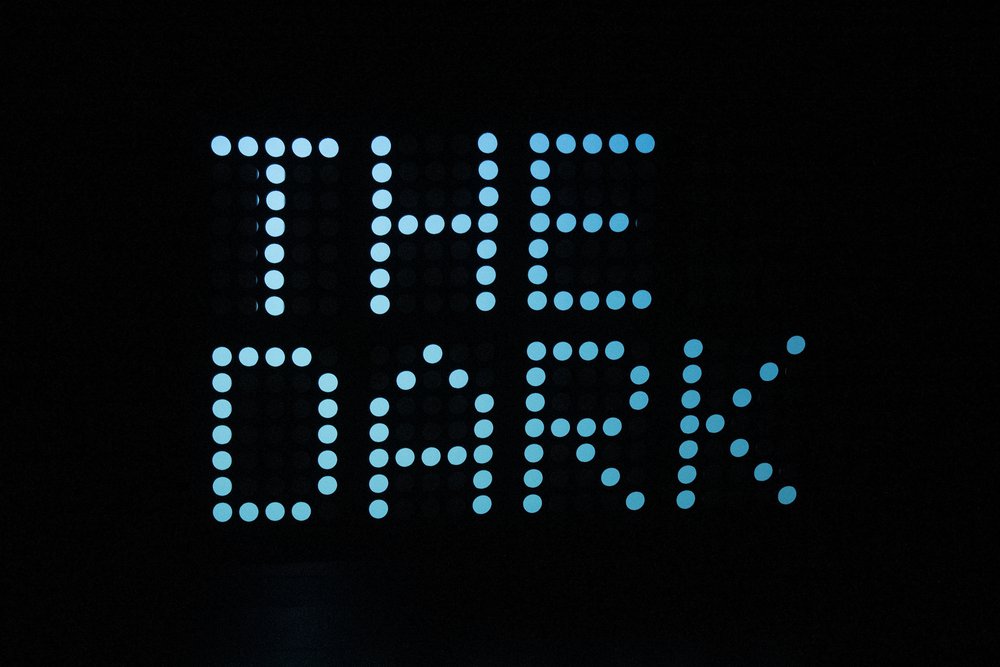 Throughout the performance, we were met with perfectly coordinated panels of light, rolling and floating on stage to tell a powerful story. From this story, some of my favorite quotes were:

One quote in particular, “Put it in writing so we can hear you,” spoke to me as a writer. But I believe any audience member could relate to these series of powerful quotes. 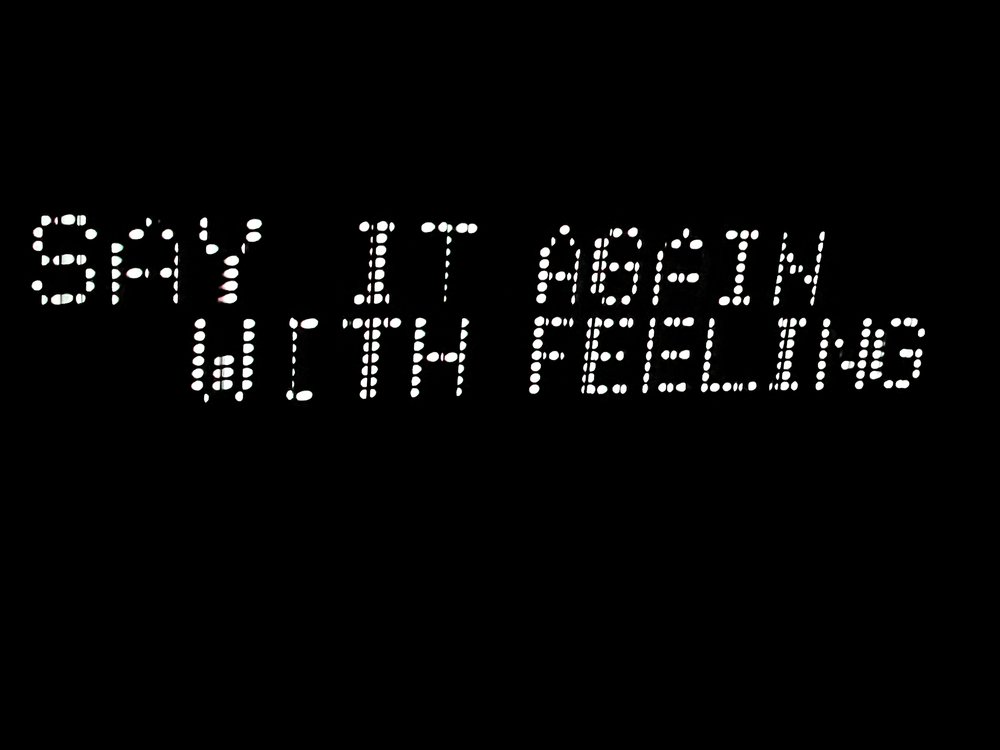 The pipes created an eerie, sci-fi aura that commanded attention and assisted with seamless transitions between the scenes. Every once in a while, a new message would mark an epic transition—in mood or tempo—and I found myself on the edge of my seat waiting for what came next. As the scene unraveled, the air pipes masterfully changed direction.

They also breathed another dimension into the performance—at one point, the pipes had a lifelike heartbeat. I felt like the words on stage were spoken by a real, emotional, and expressive yet suppressed being.

Combined, the pipes and panels of light created a setting where I was entranced, unable to stop looking at the performance’s messages.

Of course, the story would be incomplete without the flawless work of the tech crew. From the oval rays that swallowed the stage halfway through the performance to the ending in which messages slowly projected onto the wrinkled curtain as the pipes gently whispered a low tone, the performance kept my attention—and my breath—until the final words “NOT BREATHING.” 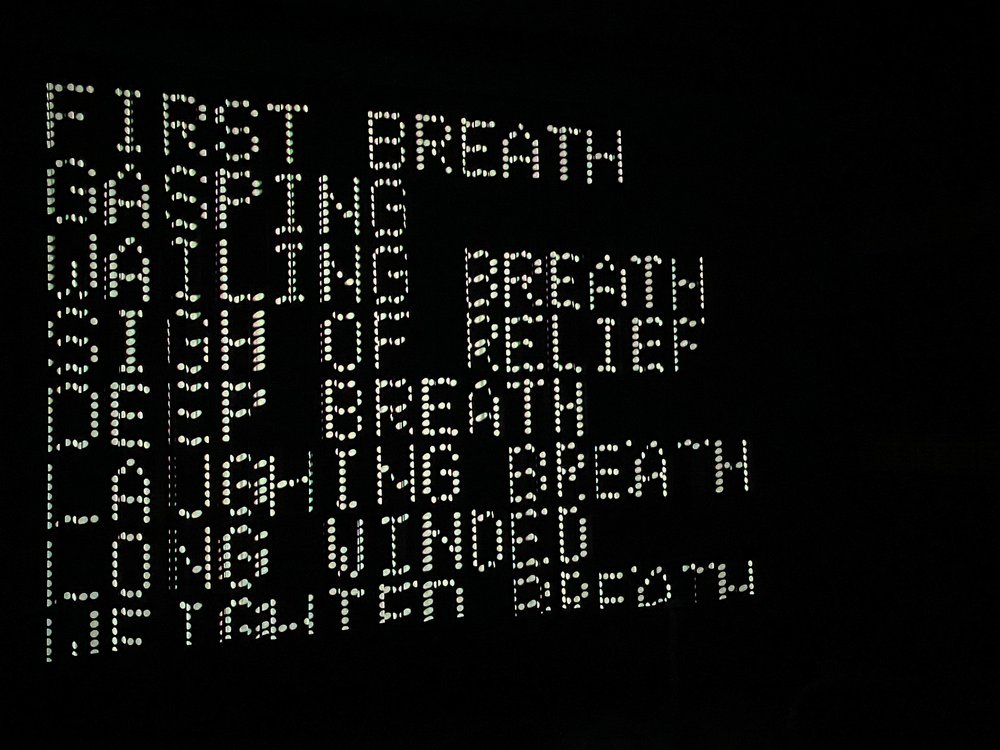 MESSAGES PROJECT onto the curtain in the final part of Only Breath, Words. Anna Zuniga/The Polytechnic

Overall, Only Breath, Words was a powerful performance made possible by the incredible work of flue pipes, on and off-stage coordination, and what I’m sure was hours upon hours of meticulous planning to create a one-hour edge-of-your-seat performance.

If you are interested in more performances that entrance and ensnare, feel free to check out the upcoming EMPAC event calendar.

For more information on Only Breath, Words, click here. 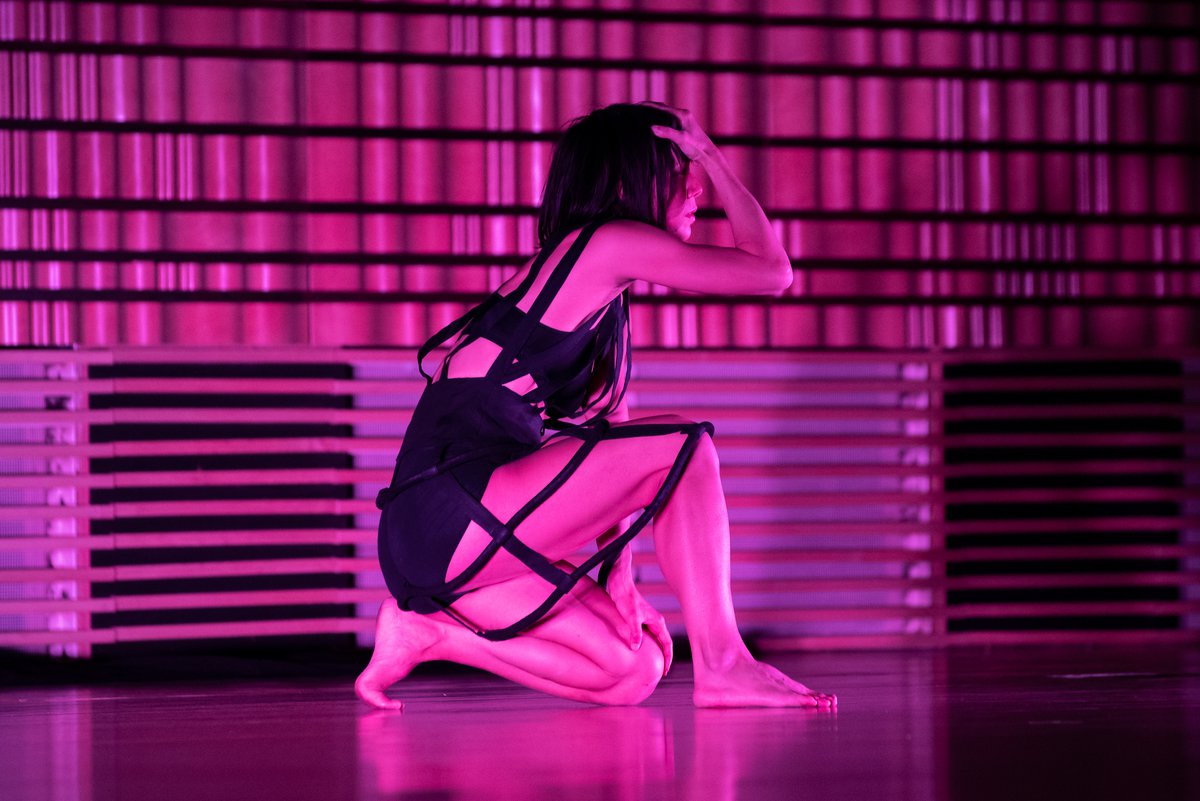 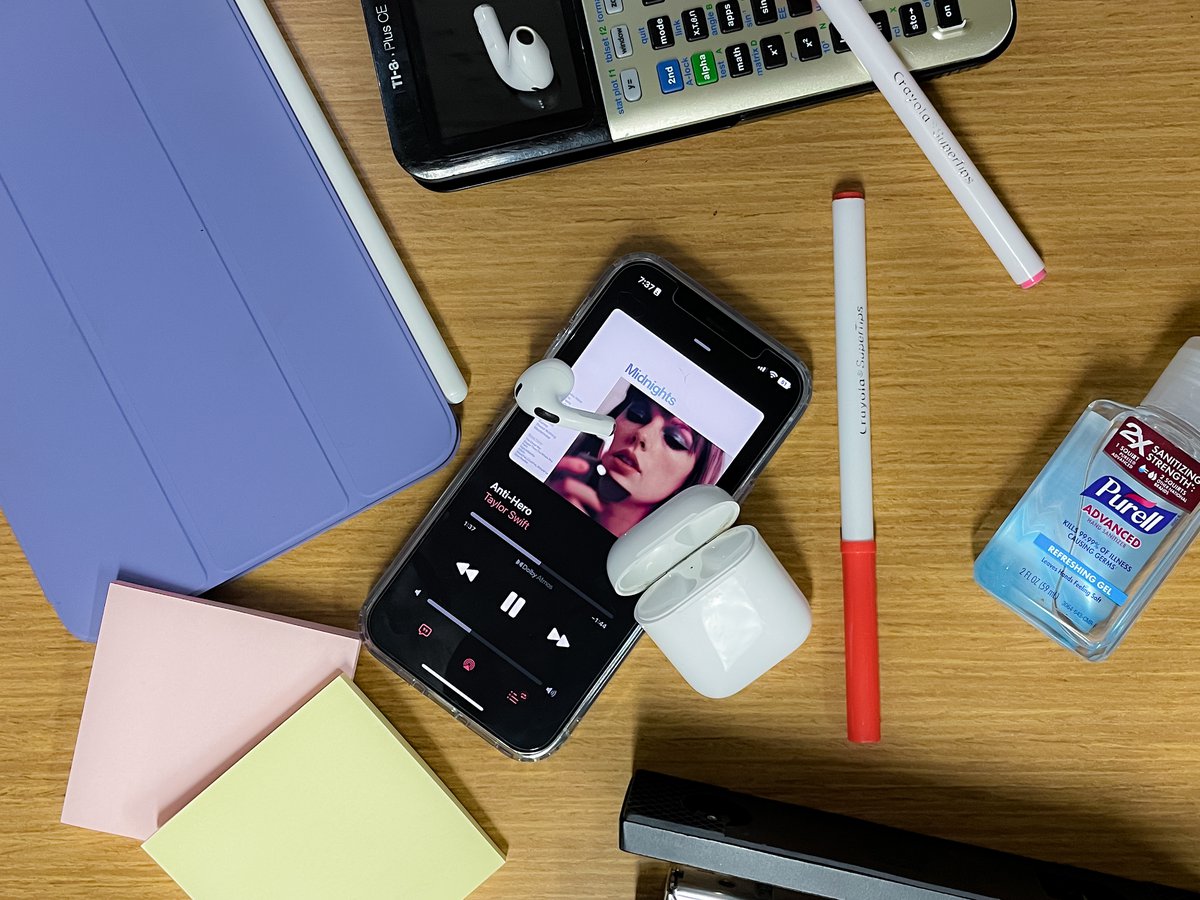 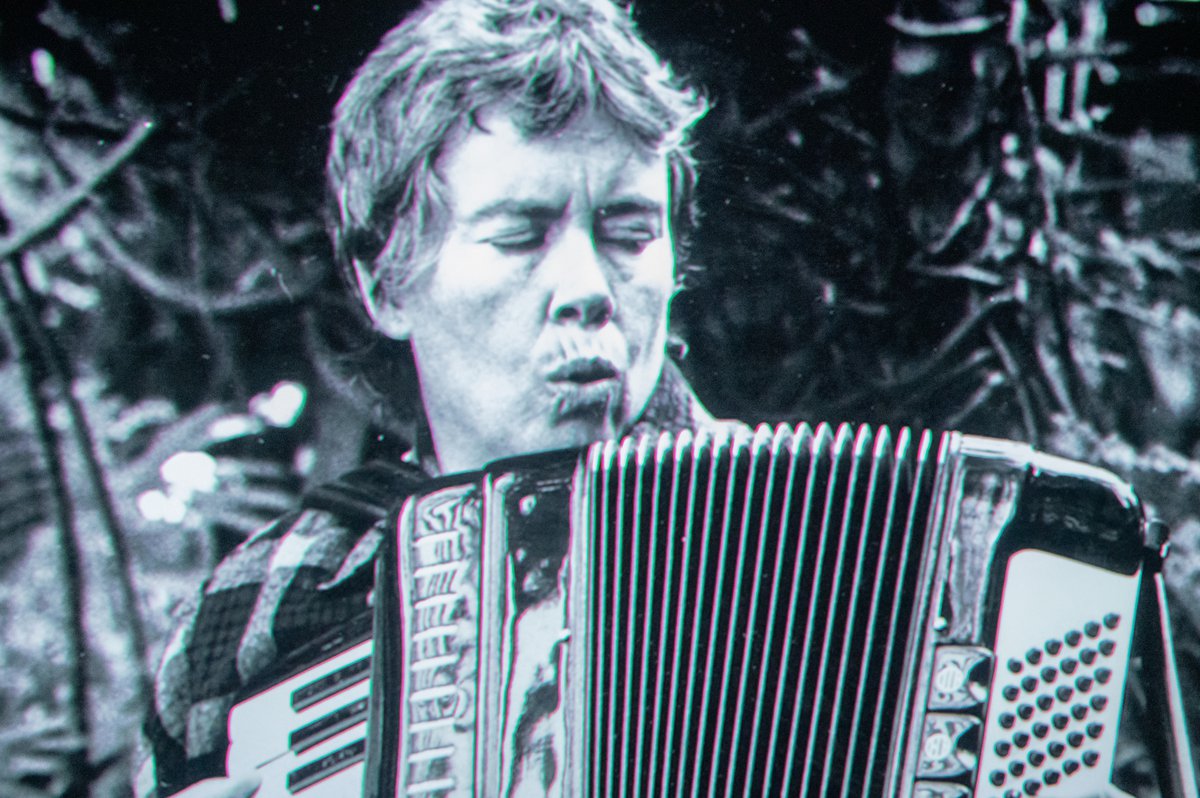