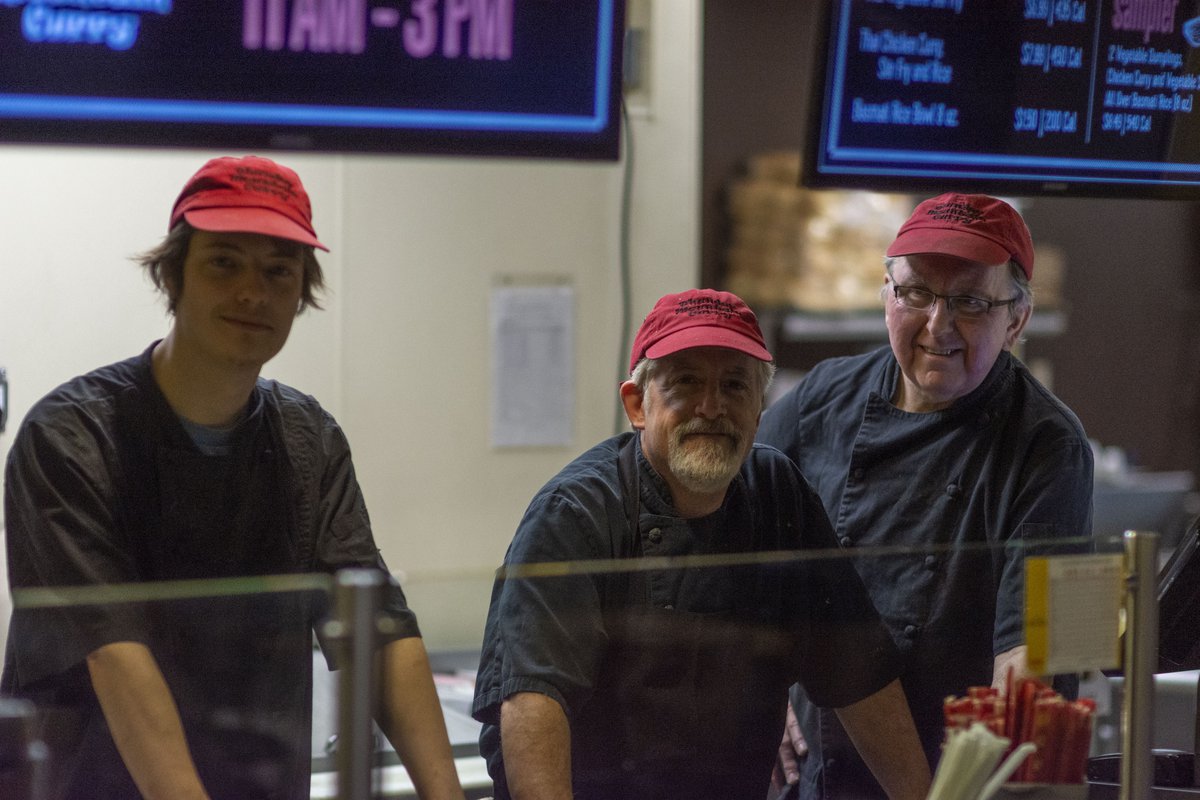 Thunder Mountain Curry started in April 2003 with Gordon selling curry at the Troy Waterfront Farmers Market. A professor from Rensselaer saw Mike making curry and helped him improve on it. While they were working together, the professor informed him that Massachusetts Institute of Technology had food stands, unlike Rensselaer, and that students would love to have curry.

A few months later, Thunder Mountain Curry was officially born “with a hot dog cart and slinging curry on the sidewalk.” The name came from his business partner's family farm which was located near Thunder Mountain, NY. The food stand took off and in 2008 a Sodexo chef wanted another food option, so they invited Thunder Mountain Curry into the McNeil Room to become the first third-party offering at RPI.

During this move, Gordon hired Michael Meade to man the cash register. Gordon describes Meade as his front man and that makes Thunder Mountain Curry “familial.” Meade shocked me one day by calling me by my name while waiting in line. I was dying to ask how many names he knew. Gordon estimated he knew 150–200 names. One of my favorite memories with Meade is when I decided not to order pad thai and instead order a sandwich. Meade didn’t just make the sandwich, but explained what is in the sandwich and how he was making it in case there was anything in it that I didn’t like.

Gordon also shed some light on their Friday tradition of celebrating holidays with ice cream and cookies. He said that it started about eight years ago as a way to bring the world together, and that they went from celebrating religious holidays to just any holiday. He also described the tradition as “Michael’s baby” and that Meade is always working on the costume themes and ways to outdo themselves. While the move to the Rathskeller has limited their options, Gordon described how they made a pirate ship out of cardboard once and then for a Wizard of Oz holiday made a yellow brick road. 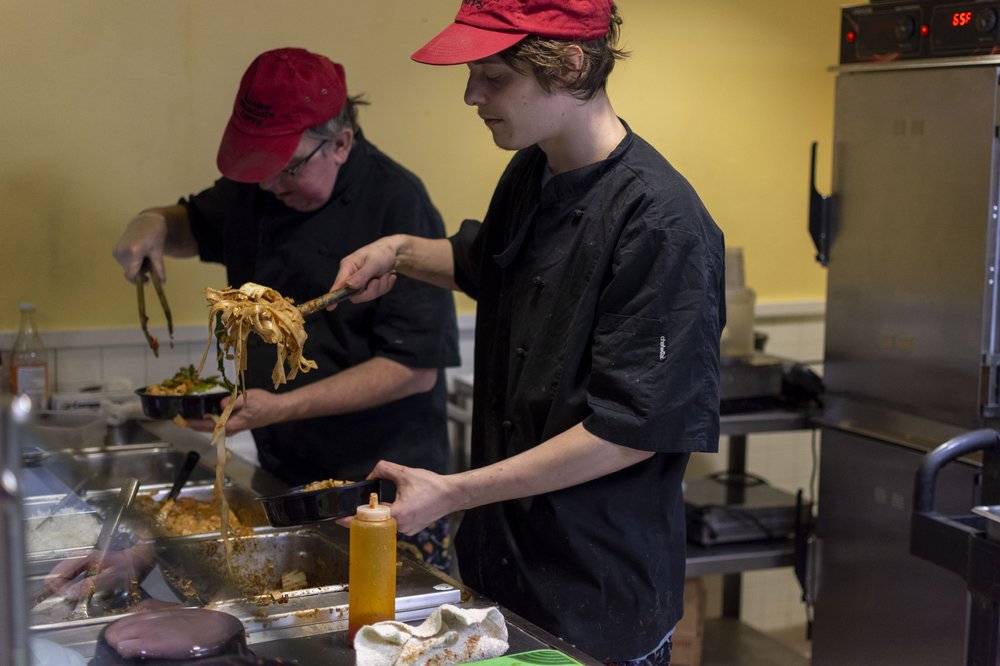 I asked Gordon why he thinks that their pad thai is so popular and his response was that it is made to order and fresh. He says that they start the day with only raw ingredients and make everything that day.

He also thinks that the decision to come to Thunder Mountain Curry is 60 percent based on the food and 40 percent is how they treat the community and try and make everyone a part of their family. Gordon describes that their goal is to make Thunder Mountain Curry “a safe place” and to feel like “we’re taking care of you.” He attributes them feeding 200–250 people per day to their sense of family and the fresh food.

The conversation then shifted to the move from McNeil Room to the Rathskeller; Gordon described the move as “traumatic.” He said that because of limited cooking equipment, they could no longer make the pakora and sticky rice which were the two most popular offerings.

Also during the move, Sodexo asked Thunder Mountain Curry to have hours from 11 am to midnight, but Gordon and Meade didn’t want to work the hours since they were getting older. They decided to not do evenings, which lead to Sodexo finding Halal Shack. Gordon described the limited hours as “kinda like my semi-retirement.” He also said that the move hurt the business and took all of the first year to rebuild financially to where they were before the move.

I set out to learn what makes TMC special but I realized there isn’t a single thing that makes them special, it’s a combination of many things. In my opinion, the food is substantially better than the other options on campus. They have one of the most welcoming attitudes and always seem to care about the people that order food. The Friday celebrations breathe a wholesome excitement and joy that is lacking on campus. TMC makes getting food an amazing experience and is the gold standard for an on-campus food option.