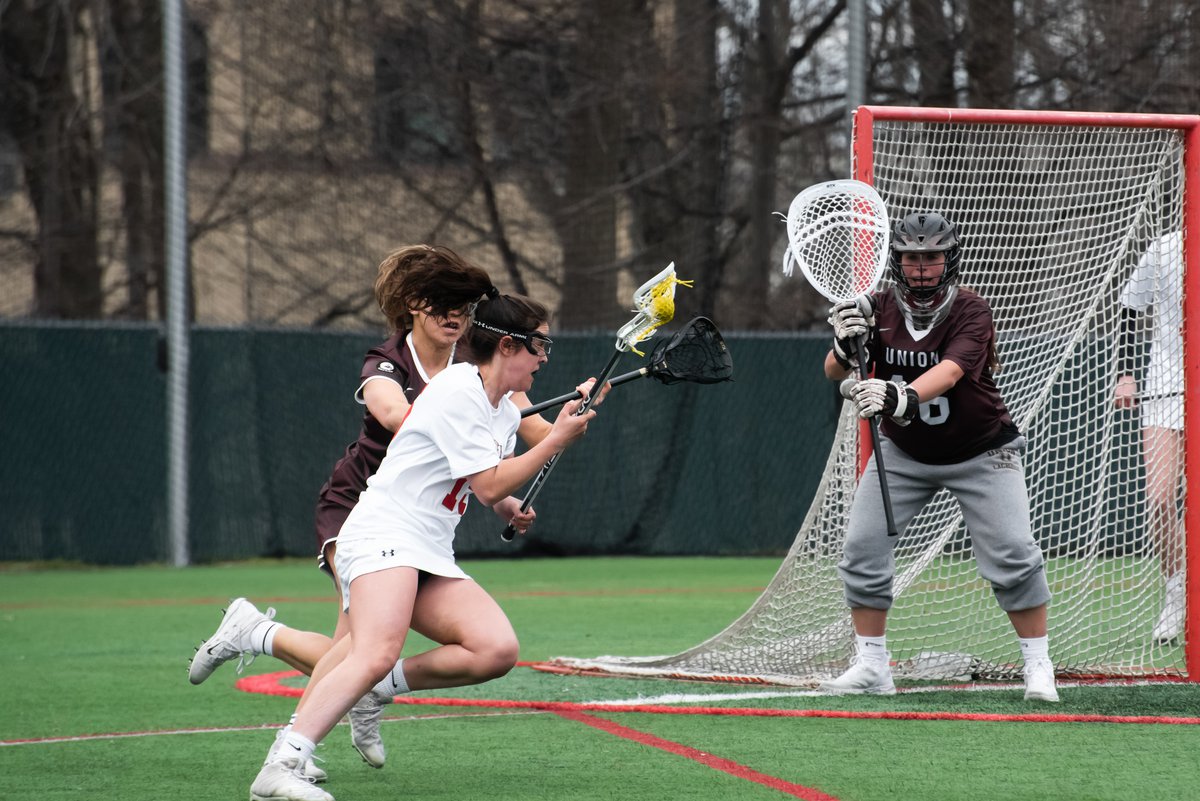 LAUREN DELEO '25 CUTS to the center of the field before taking a shot. Katherine Barney/The Polytechnic
By Andrew Days April 1, 2022

RPI ran out to a 5‒0 lead in the first four minutes after Torcellini scored an early hat trick, as well as Megan Shay ’23 and Maready netting a goal each. The Engineers scored three more times in the quarter with goals from Maready, Ella Graff ’25, and Lauren DeLeo ’25. The first quarter ended with RPI leading 8‒4 after Union’s Anna Smith scored with a second remaining. The Dutchwomen dominated the second quarter, outscoring the Engineers 5‒2 to bring the Engineers’ lead down to just one goal heading into halftime.

Union continued their hot streak with three straight goals in the third quarter to take their first lead of the game. Torcellini scored with less than 30 seconds left in the quarter to bring the Engineers a goal back at 12‒11 down.

RPI had a dominant final 15 minutes. Sophie Goddard ’23 opened up the scoring a little over six minutes into the quarter. Given a free position shot, Goddard entered the eight-meter arc and buried a shot past the Union goaltender, tying the game up at 12 goals apiece. A minute and a half later, DeLeo bulleted an outside eight-meter shot into the top right corner to regain the lead for the Engineers. Several minutes later, RPI continued to pile on. Graff received a pass from Maready, dodged her defender to the inside, then slotted a shot into the back of the net. Torcellini put the game out of reach with less than two minutes remaining on a man-up free position shot, her sixth and final goal. Union’s Grace Heiting netted a consolation goal to bring the score to 15‒13 before the game came to a close. Click here for the box score.

A 14‒9 win at Utica increases the Engineers’ season record to 5‒2. With only Liberty League competitions remaining, RPI hopes to continue winning in order to stay in the top six to secure a spot in the playoffs. 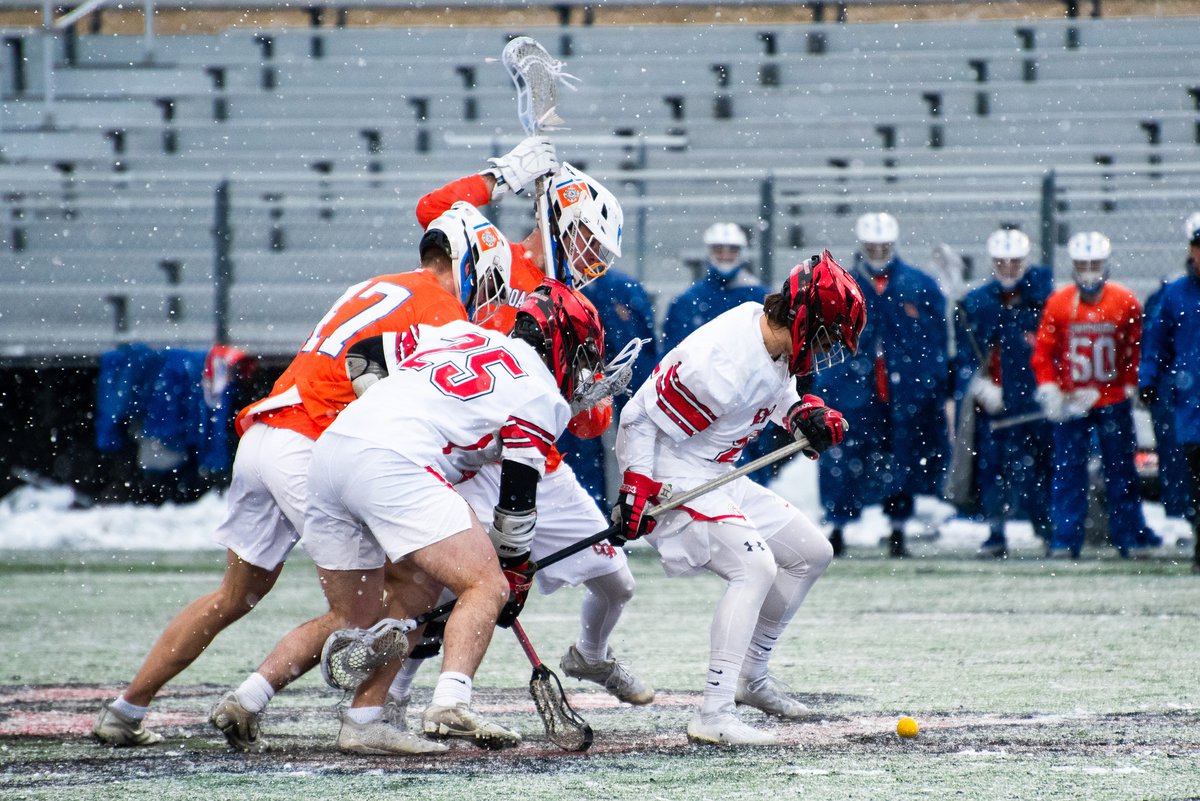 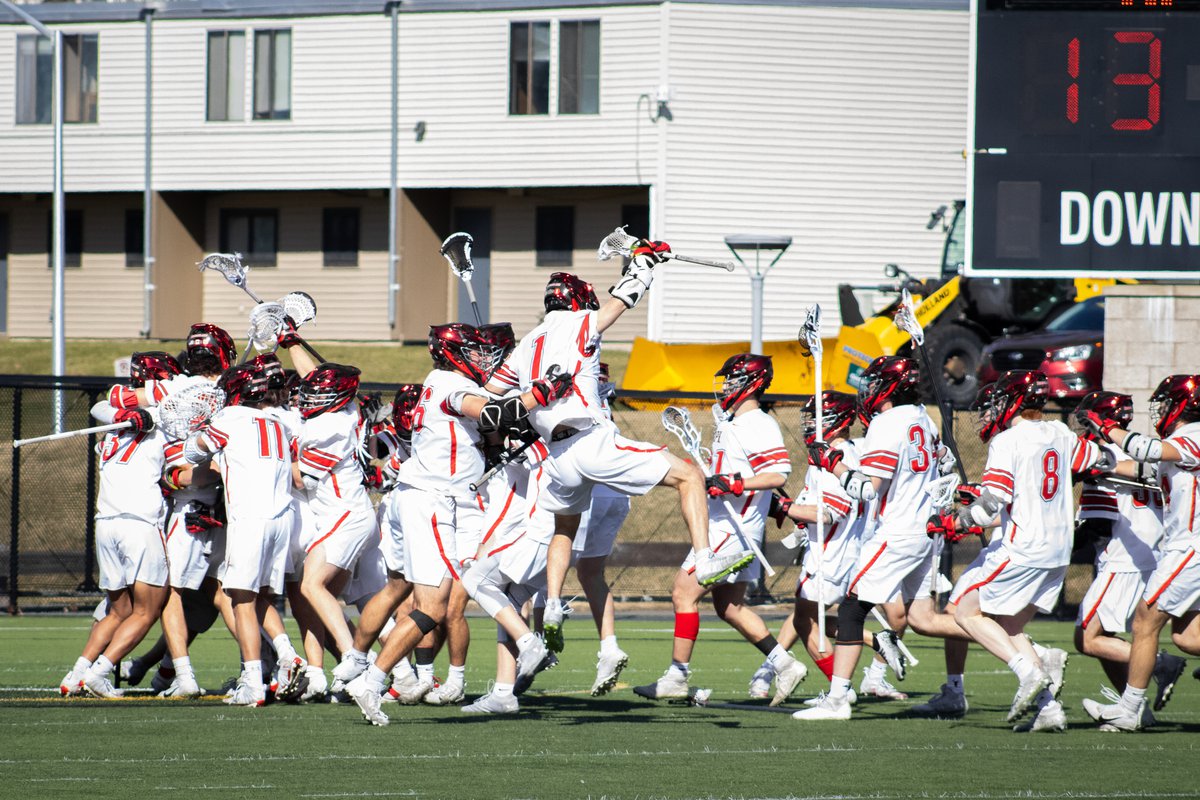