Engineers beat the Orange to a pulp 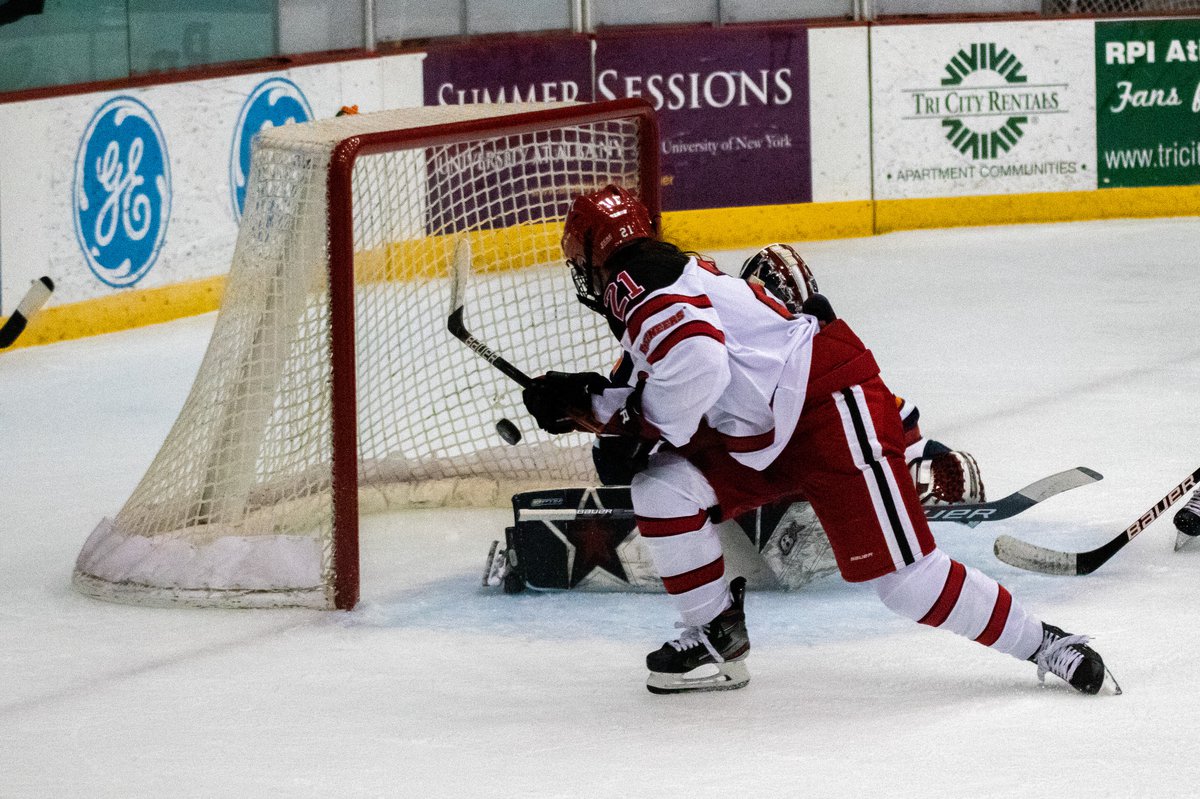 Julia Blitz ’23 of the Engineers found the back of the net late to secure a 3‒2 victory against Syracuse in a pre-season exhibition match on Sunday.

Rensselaer started off the game strongly, scoring in the first three minutes of play. A shot from Maddy Papineau ’24 was redirected into goal by Marah Wagner ’23 to put the Engineers up 1‒0. The minutes after saw both teams creating opportunities with shots on goal, but nothing major came of it until the six-minute mark where the Syracuse Orange lost possession in open play. Mika Jahnke ’25 scooped up the puck, weaved her way between defenders from the center line, and finished off a great display of stick-handling with a goal to give the Engineers a commanding 2‒0 lead. Syracuse quickly took to the offensive in order to whittle down the lead but were met with a brick wall; Amanda Rampado ’23 made save after save to keep the Engineers’ lead intact. An interference penalty by graduate student Lauren Severson gave the Orange a power play with under seven minutes to play in the first period, but a strong Engineer defense blocked three shots and Rampado saved one to keep up her great form. RPI then got their own power play with under three minutes left in the period as a result of a tripping penalty by Syracuse’s Sarah Thompson. The Engineers were not able to get a shot past Syracuse goaltender Allison Small as she made two saves during the power play. The period ended with RPI having a 2‒0 lead over Syracuse in what was a collective display of quality by the Engineers.

The second period got underway with the Orange making a change at net, replacing Small with Amelia Van Vliet. The beginning of the period saw a completely different game as Syracuse had seven shots to RPI’s one within the first five minutes of the period, but Rampado made four more saves to keep the lead for the Engineers. However, at this rate, it was only a matter of time before the Orange scored, and at the 5:33 mark Syracuse’s Rayla Clemons scored off of a defensive coverage mistake by the Engineers bringing the score to 2‒1. During this play, Sarah Bukvic ’23 received a tripping penalty, adding insult to injury for the Engineers as they were left to defend a Syracuse power play after conceding a goal. Disaster continued for RPI as Syracuse’s Jessica DiGirolamo capitalized on a shot attempt to tie the game up at 2‒2 in a matter of 51 seconds. The home crowd was quickly brought to a silence seeing their team completely shutdown in front of them after what seemed to be a great first period. However, the period then turned into a goaltending masterclass as Rampado had seven saves for the Engineers to Van Vliet’s five saves for the Orange. Both RPI and Syracuse were equally looking to take the lead as they exchanged successive power plays in the last five minutes of the period. The period ended 2‒2. 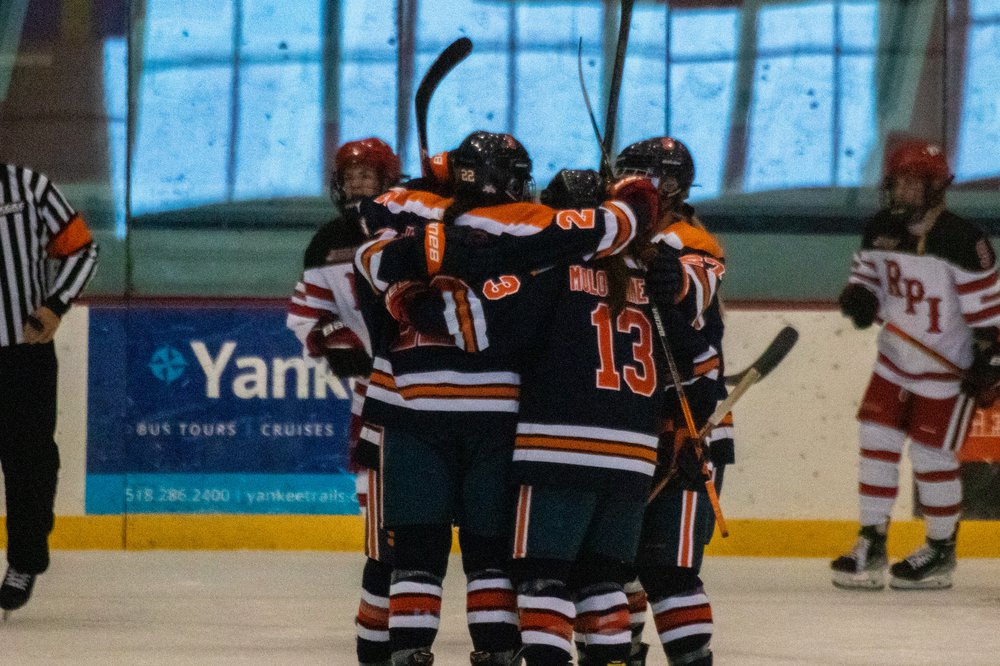 The third period began with another change at net for Syracuse, bringing in Arielle DeSmet for Van Vliet. During the fourth minute of action, Hannah Johnson of the Orange picked up a penalty for tripping which gave RPI a power play. RPI came up with nothing during the power play as they were not able to register a shot and were actually outscored during the two minutes. Following the power play, the game continued to be evenly matched as both teams were finding shots but all were saved or blocked. At the 15-minute mark, Syracuse took control of the game for about a minute, which saw two of their four shots saved by Rampado. Syracuse then took a timeout with 3:39 remaining in the period, which seemed to kill the momentum they had amassed in the previous minute as the Engineers took over the game afterwards. RPI created three shots of their own in the next minute, and unlike their opponents, they didn’t take their foot off the pedal. With just over two minutes left, Syracuse attempted clearing the puck from their half as the Engineers had pinned them there since the last timeout. Hannah Price '23 collected the stray puck that had been cleared and quickly played it forward to continue their late dominant performance. Syracuse’s Terryn Mozes attempted to obtain control of the puck but a blunder led to Maddy Peterson ’23 quickly stealing the puck. She took a shot in front of goal which was blocked by DeSmet but Blitz made no mistake in burying the rebound into the net. RPI took a 3‒2 lead with 1:56 left in the game.

Syracuse won the faceoff after the goal and quickly went all-out on attack leaving an empty net. Rampado capped off an amazing night by making three saves in the remaining time to secure the win for the Engineers over the Orange. Rampado finished the day with an impressive 29 saves. 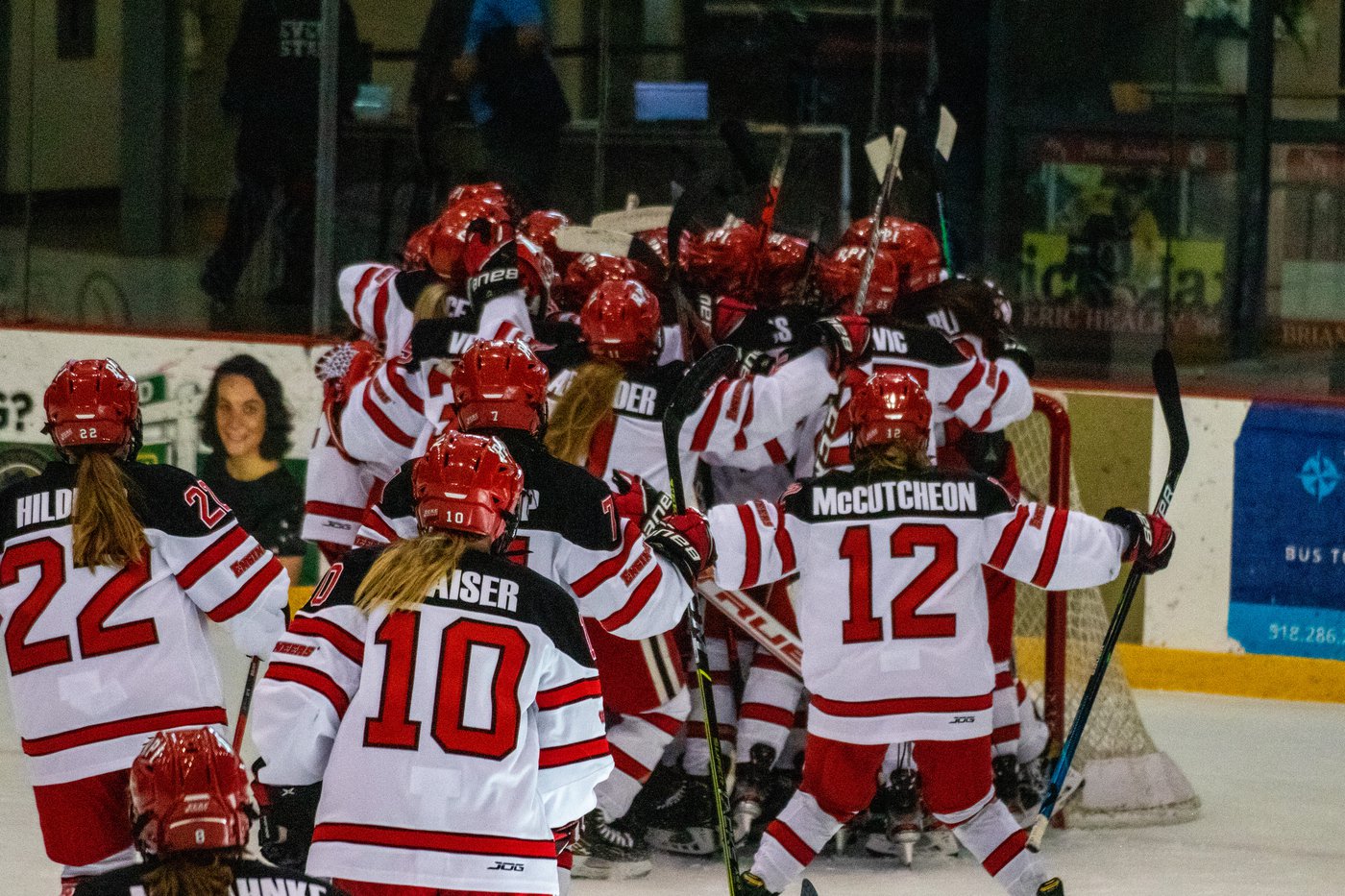