An action-packed first period saw both teams come out of the gate energetically. The two teams were in a deadlock with both getting several good shots on frame. Rensselaer’s offense was especially dangerous as quick passes across the ice opened up several one-timers that tested Dartmouth goalie Adrian Clark. With 8:54 left to play in the period, a pass across ice created an open opportunity for RPI’s Brady Ferner ’22, whose shot was matched with a great save by Clark. About a minute later, a pass to Todd Burgess ’20 in the slot gave him a one-time shot that rattled off of the crossbar.

After winning a faceoff with 4:44 left to play in the first period, the puck fell to Dartmouth winger Jeff Losurdo who had a free lane to the net; Engineer goalie Owen Savory ’22 came up with a spectacular spread eagle save to deny his shot and several rebounds.

With 3:03 left with the puck in the Dartmouth zone, RPI defenseman Will Reilly ’20 took a shot that was deflected into the path of Ture Linden ’22. Picking up the puck a little behind the goal line, Linden wrapped the puck around the left post to put RPI in the lead 1‒0. In the dying seconds of the period, Dartmouth had a two-on-one chance. Dartmouth forward Drew O’Connor slid the puck cross-crease to Quin Foreman, who put the puck into the back of the RPI net with 0.4 seconds left before the buzzer. The first period ended 1‒1 with Dartmouth leading shots on goal 16‒15. 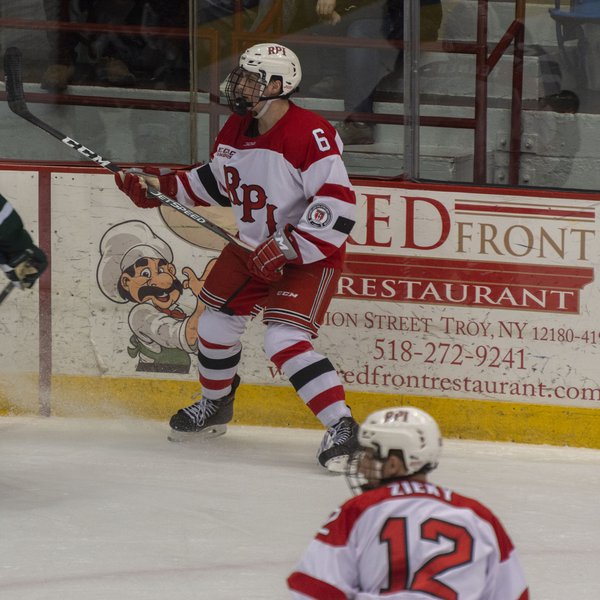 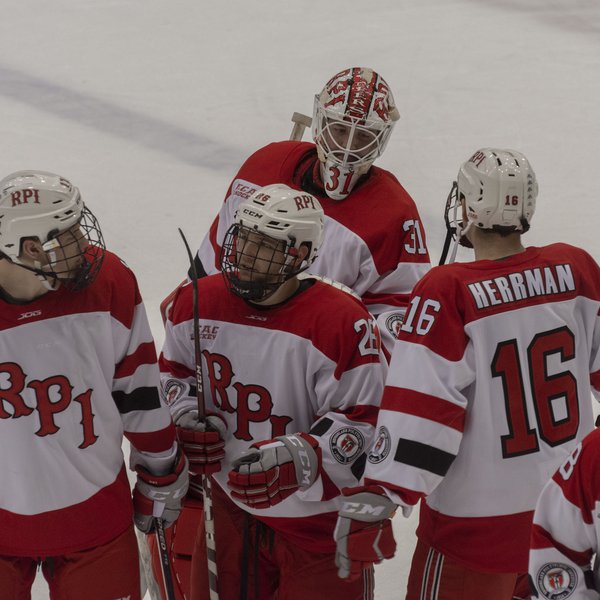 The second period began with the same intensity as the first. After playing two and a half minutes of the period, RPI’s Mason Klee ’23 was called for interference. While short-handed, the Engineers remained strong and didn’t allow any promising shots on goal. At 15:15 left in the period, RPI had 10 seconds of continuous shots that seemed to threaten the Dartmouth defense. 40 seconds later, Linden dropped the puck back to Rory Herrman ’23 at the right faceoff circle, who then slid the puck to Burgess who slotted the easy one-timer past Clark, adding another goal to RPI’s total tally.

With 13 minutes left to play in the second period and Clark caught out of position, Chase Zieky ’20, from behind the net, dished the puck off to Patrick Polino ’20 to score his eighth goal of the season. Just nine seconds after winning the resulting faceoff, a pass up the ice from Cory Babichuk ’23 to Mike Gornall ’20 put the Engineers in a two-on-one opportunity. A fake pass from Gornall drew the defender out of position and assisted an easy tap-in for Tristan Ashbrook ’23 for RPI’s fourth goal of the game.

After scoring three goals in a matter of 1:31, the Engineers’ confidence rose heavily, resulting in even more shots on goal. At 1:43 left to play, Savory was forced to defend a barrage of shots that lasted 30 seconds, keeping every shot out of the net. The second period ended with RPI up 4‒1 and leading shots 31‒26.

Dartmouth forward Matt Baker was called for tripping with 13:20 left to play in the third. On the resulting power play, a one-two between Kyle Hallbauer ’22 and Gornall resulted in a shot rebounding off of the right pad of Clark and to Ottoville Leppänen ’22, who converted to add another to their lead. After defenseman Tanner Palocsik turned over possession in the Dartmouth end with 9:32 left to play, the Engineers were given another two-on-one opportunity; Billy Jerry ’21 passed the puck cross-crease to Daniel DiGrande ’22, then DiGrande returned the puck to Jerry, who then slid the puck past back-up Dartmouth goalie Justin Ferguson. RPI now led 6‒1.

With 6:31 left to play, Dartmouth had a great chance on net. O’Connor, attacking from the left-wing, slid the puck cross-crease to Baker, whose shot crossed the goal line after a collision with Savory. After review, the goal was disallowed due to goaltender interference, keeping the score at 6‒1. With four minutes left to play in the game, Zach Dubinsky ’23 found Babichuk at the blue line. Making his way to the slot, Babichuk found enough space to rip a shot through the crowd of green jerseys, ringing off of the inside of the right post and into the net.

The game finished in a 7‒1 victory for RPI. RPI’s domination over Dartmouth gave them momentum that carried over into the 43rd annual Big Red Freakout the following night. 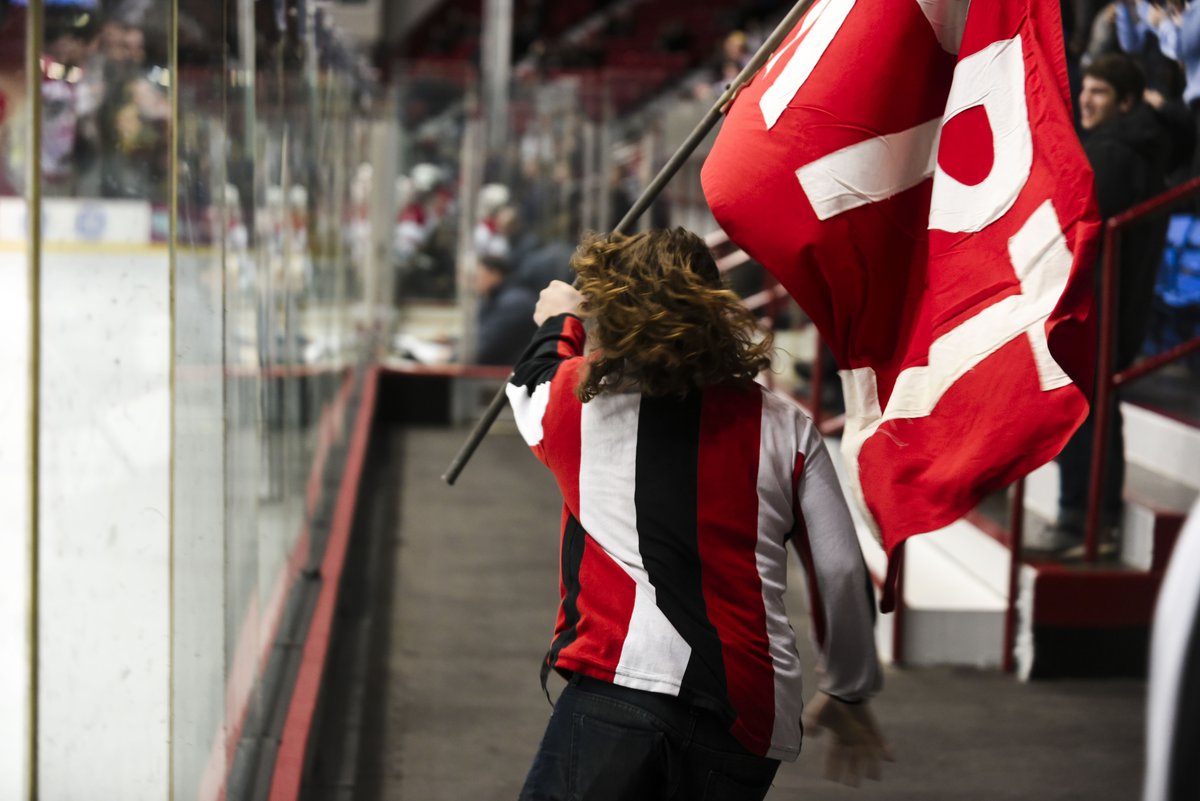