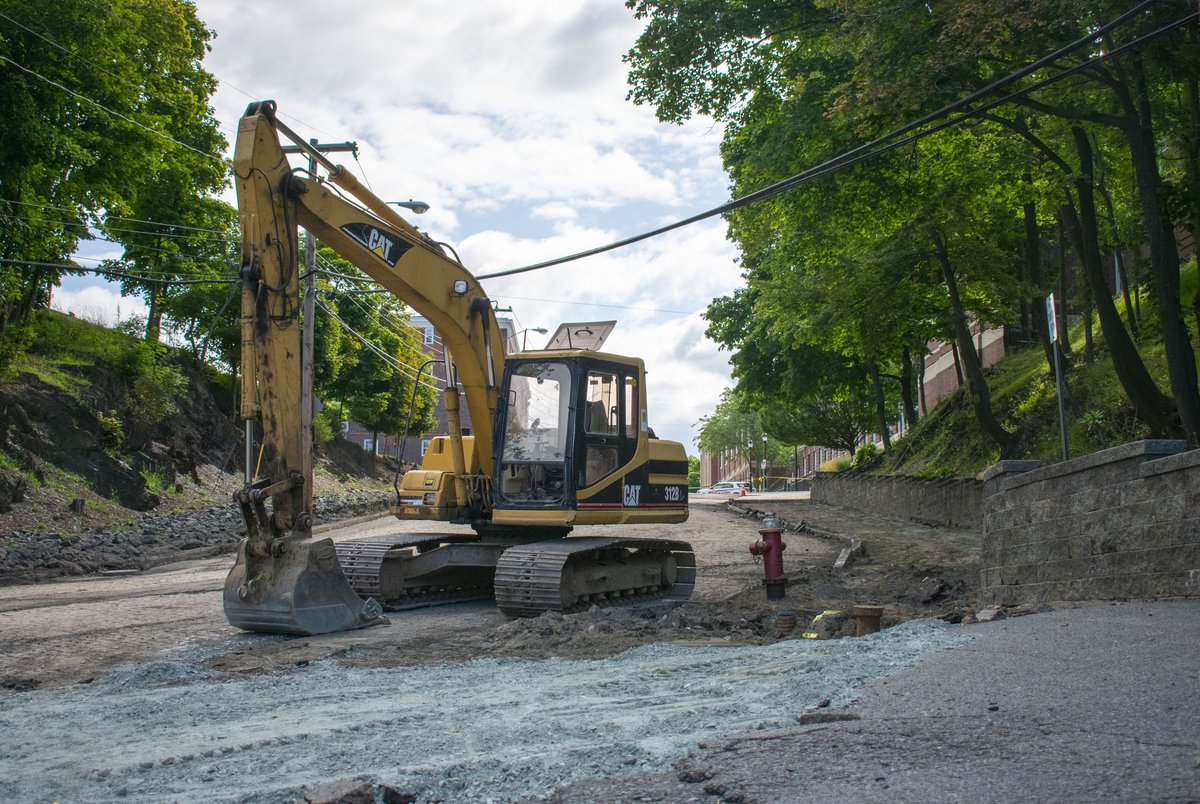 SAGE AVENUE REMAINS closed to fix damages done by the flood over a month ago. Erik Cross
By Madeline Wilson September 19, 2019

Troy experienced another historic flood on Wednesday, August 21. Though this was weeks ago, damages to campus still linger and affect student life. Sage Avenue is still not open to through traffic, 104 students have been displaced from their assigned dormitories “until further notice,” and landscape repairs are ongoing throughout campus.

Floods are not new to the Capital Region—especially Troy, due to its proximity to the Hudson River. The most noteworthy flood was in 1913, when many days of rain and a thaw left water over two-and-a-half feet high. Though it did not rival these others, our most recent flood was still within record levels in the last few decades. In an interview with Vice President for Administration Claude Rounds, he noted “all of the old-timers in Troy will tell you they’ve never seen a storm like this.”

The flood’s damage was spread across campus—from flooding and rainfall damages to 20 different academic and residential buildings across campus, to entire sections of roads rendered unusable and almost destroyed. In the Troy area, Federal Street, Peoples Avenue, and Sage Avenue were temporarily closed. Only Sage Avenue remains closed, and the city has since reopened the intersection with 15th Street to allow traffic and parking along the undamaged parts of the road. Power outages also swept the Capital Region, including Troy and many of RPI’s buildings. The Experimental Media and Performing Arts Center landscaping was also badly damaged, as well as multiple spots further along Sage Avenue and around the Rensselaer Union.

Building damage included a temporary shutdown of the Union and Mueller Center in the days prior to the start of the semester, which affected the final Student Orientation session and students residing on campus at the time. In the video below, flooding to the Rathskeller in the Union can be seen.

Many academic buildings also sustained roof damage and flooding to the lower floors. The Colonie Apartments and the Rousseau Building of the Stackwyck Apartments have been partially vacated due to repairs and clean-up procedures. 57 students have been relocated out of Colonie and 47 students have been relocated out of Rousseau. They were moved to the Polytechnic Apartments and the newly opened Tech Terrace building. Updates on their residence will be given on October 1, but they are expected to move back in for the Spring semester at the latest. This information was communicated in an email to displaced residents at the beginning of the semester.

The city of Troy uses a combined sewer system, which is a system where municipal and domestic sewage travels to the same collection area before being sent to the treatment facility. Therefore, when this system overflows, the city’s sewage flows back into the streets, and much of the flooding is a combination of rainwater and sewage water. When asked how this affected the repairs and clean-up process, Rounds replied that the residence halls flooded solely from rainwater, not a backup of sewage systems. However, the flooding of the whole city was due to an overwhelming of the drainage systems in place, and sewage could have contaminated the water. He also added that when flooding damage takes place “we immediately disinfect and clean and sanitize the areas on the premise that could be contaminated.”

Citing the ongoing nature of the repairs, Rounds did not give an estimate of costs to the university. He noted that contractors, emergency response teams, and student volunteers responded almost immediately, and this allowed for the fast recovery from such a heavy flood. 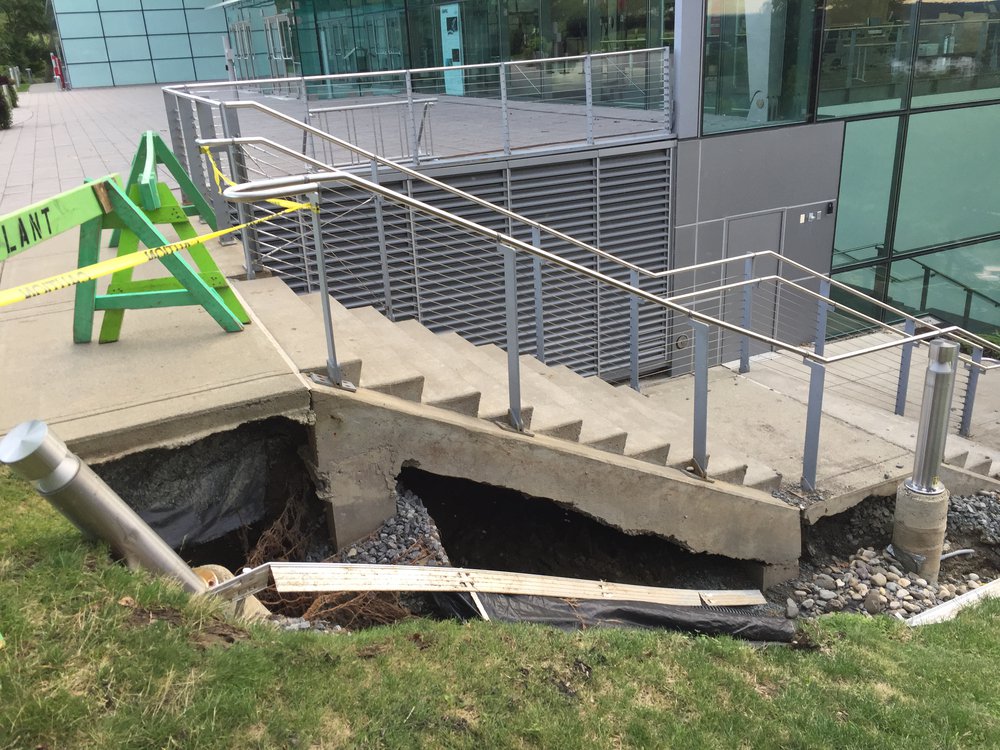 THE FLOOD WASHED out the foundation of the stairs near EMPAC. Brookelyn Parslow/The Polytechnic