Posted on October 19, 2016 in Uncategorized by Elizabeth Pontius, Senior Reviewer 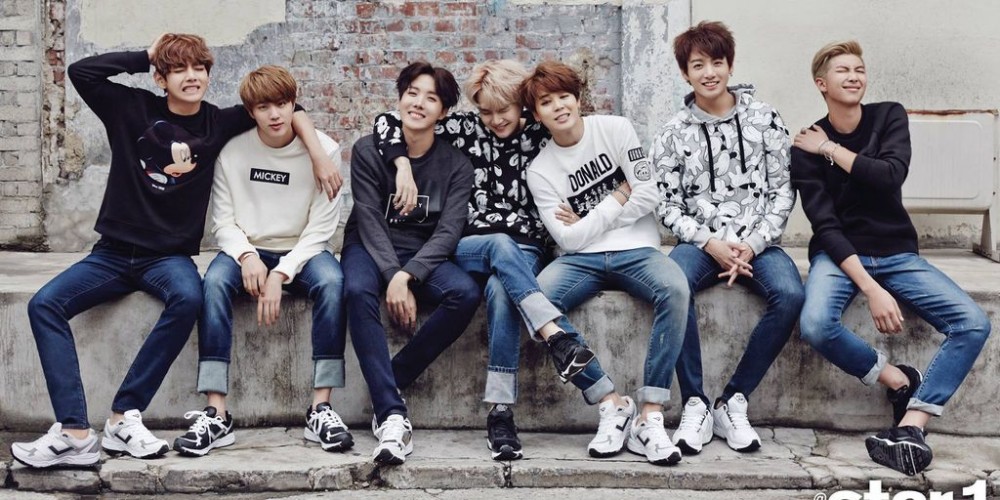 Courtesy of BTS
THIS UP-AND-COMING BOY BAND BTS IS TAKING OVER the music industry in Asia and across the globe.

The past week saw the music world shaken, records rewritten, and a new bar set for the industry. The group in question is an international sensation, boasting YouTube fame and topping iTunes album charts in 27 countries, ranging from Russia to Sweden. Yet, despite these artists dominating the news, odds are that this is the first time you’re ever hearing about them!

Welcome to BTS, a South Korean boy group consisting of seven members, who have been declared by many as the new force to be reckoned with in all things music and performance. With their latest album, Wings, the boys of Bangtan Sonyeondan can arguably be labeled as the current kings of K-pop. Since debuting in 2013 under Big Hit Entertainment, BTS has released two full-length albums along with four mini albums, each with increasing success up to Wings’ record breaking popularity.

Wings’ powerful music, a culmination of years of work, showcases each BTS member’s unique sound woven together in a blend of group and solo songs. The hip-hop unit of the group, composed of Rap Monster, J-Hope, and Suga, delivers an edge throughout the album, ranging in a variety of sounds from trap to Electronic Dance Music to languidly playful rap. Vocals include Jungkook, Jimin, V, and Jin, who lend their voices to catchy choruses, playful melodies, and chilling high notes.

Beyond the sound, the album’s themes don’t shy away from heavy or controversial topics that other K-pop groups might avoid. BTS delves into the issues of mental health, social injustice, and the struggles of transitioning into adulthood throughout Wings, producing hard-hitting, haunting, emotional, and thought-provoking tracks mixed in with the upbeat, addictive songs they’re best known for. The mixture of music styles, light and dark concepts, and beautiful lyricism make Wings an album of unrivaled quality.

The album’s success doesn’t come as a surprise: the music aside, BTS delivers a performance that’s unquestioningly deserving of the group’s hype. Blood, Sweat, and Tears—BTS’ promotional track—has a music video and stage performance that encompasses everything that someone could want in entertainment. Artistically alone, the striking cinematography, beautiful set designs, and fashion choices make for a stunning visual experience. The members themselves, however, are what puts the performances over the top. BTS has an impressive stage presence and works as a cohesive unit to effortlessly pull off insanely difficult choreography. Here, their personalities, charisma, and group chemistry shines encouraged on by the chants of supportive fans. The combination of vocals, aesthetics, and performance capability makes it is no understatement when saying BTS is the full package.

With Wings’ widespread success, BTS stands to possibly become the next big wave of K-pop in the Western world, and, if their music to come is held to the same standard of quality as this album, there are only brighter things in their future.