Posted on August 29, 2012 in Uncategorized by Kirk Smith, Senior Reporter 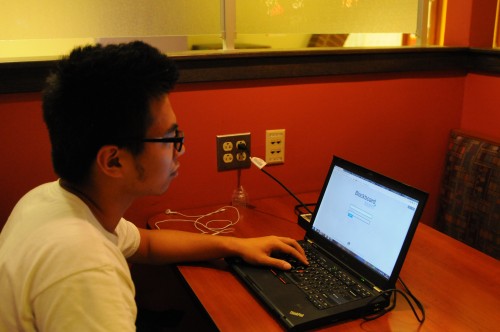 DotCIO has announced changes to the Institute’s current Learning Management System, known by much of the RPI community as RPI LMS. The new system, which is expected to roll out for the spring semester, has already received positive feedback from professors and students trying the pilot program.

The idea of having an online management system for academic purposes began in 1997 when the Institute selected WebCT as its first Learning Management System, said Web Learning Consultant Theresa Sommer. This system was kept in place until 2005 when RPI formed an “LMS task force” to look through the multiple options on the market. It chose WebCT Campus Edition 8. In 2006, WebCT was bought out by Blackboard, another company in the learning management system market; the software used by Rensselaer was renamed, “but kept the WebCT base code in place.” According to Assistant Vice President for Information Services and Adjunct Professor of Information Technology and Web Science Jeffrey Miner ‘78, “Blackboard purchased Angel, a third LMS on the market.”

Blackboard has now decided that it no longer wants to use any system based on WebCT, and will therefore discontinue the one RPI currently uses. It will instead implement a new system known as Blackboard Learn 9 or BbLearn. The architecture for this learning system is essentially comprised of a combination of Blackboard, WebCT, and Angel. The version the RPI community will see is the second iteration of Bblearn, officially known as Blackboard 9.1 Service Pack 8.

Some of the new features that will be available in the new system include course-to-course navigation, YouTube and Flickr integration, and external e-mail communication. Miner, who is one of the professors piloting the system, has expressed satisfaction with the course-to-course navigation. He explained that the system allows the user to switch from a particular task in one course to the same task in another course without having to go back to the homepage. The inclusion of YouTube videos and Flickr images allows instructors to add multimedia to their course content without having to include links to other sites, forcing students to navigate away from the LMS.

Currently, RPI LMS only allows for professors to contact students—and vice versa—through the learning system itself. The new Blackboard allows users to send messages to e-mail addresses. However, Sommer noted that the system will only use RPI e-mail. She added that those who use Gmail, Yahoo! e-mail, or any other mailing service can have their RPI e-mail forwarded to their primary accounts through the Help Desk. Students interested in doing so can visit http://helpdesk.rpi.edu/update.do?artcenterkey=156/ for more information.

The new Blackboard will use a drag-and-drop interface, display a more streamlined menu system, and have more assessment options and greater browser support. Sommer said that the recommended web browser will be Mozilla Firefox, but those who use Internet Explorer or Google Chrome shouldn’t experience any problems. Miner added that part of the reason for the pilot program was to find any potential bugs students and professors may run into before the entire RPI population sees it.

The pilot program includes 26 different courses, covering most of the departments at RPI. As many of the courses are taught by multiple professors, Sommer and Miner hope there will be enough feedback and testing from professors, particularly some of the newer professors. The students in the select courses will also be testing the system, although they will have to use the current RPI LMS system this semester. Miner mentioned that Professor Greg Hughes is currently piloting the LMS for three separate courses and feels that the navigation is much easier. As part of the testing group, Miner added his perspective on the new system, stating there was “definitely a learning curve,” but that “it wasn’t too bad.” Graduate students also tested the new system during their orientation period before classes began.

There will also be an application for smartphones called Mobile Learn. The app provides access to the multiple tasks included in the LMS. In particular, students can access their assignments directly from their phones. Currently, the app is only available to students and professors with iPhones or those using the Sprint network; however, Sommer said it should be available to all LMS users with phones capable of handling the Mobile Learn app by the time the computer version rolls out to the community.

Miner also said that, although the new Blackboard will be the standard system for a period of time, he anticipates forming a task force to evaluate what the future LMS should be. He mentioned that there exist several systems that interest the Institute.

Those interested in viewing Blackboard 9.1 SP8 before the spring semester can visit the RPI LMS Orientation website at http://rpi.edu/afs/dept/arc/rpilms/rpi_orientation/ or at http://rpinfo.rpi.edu/.