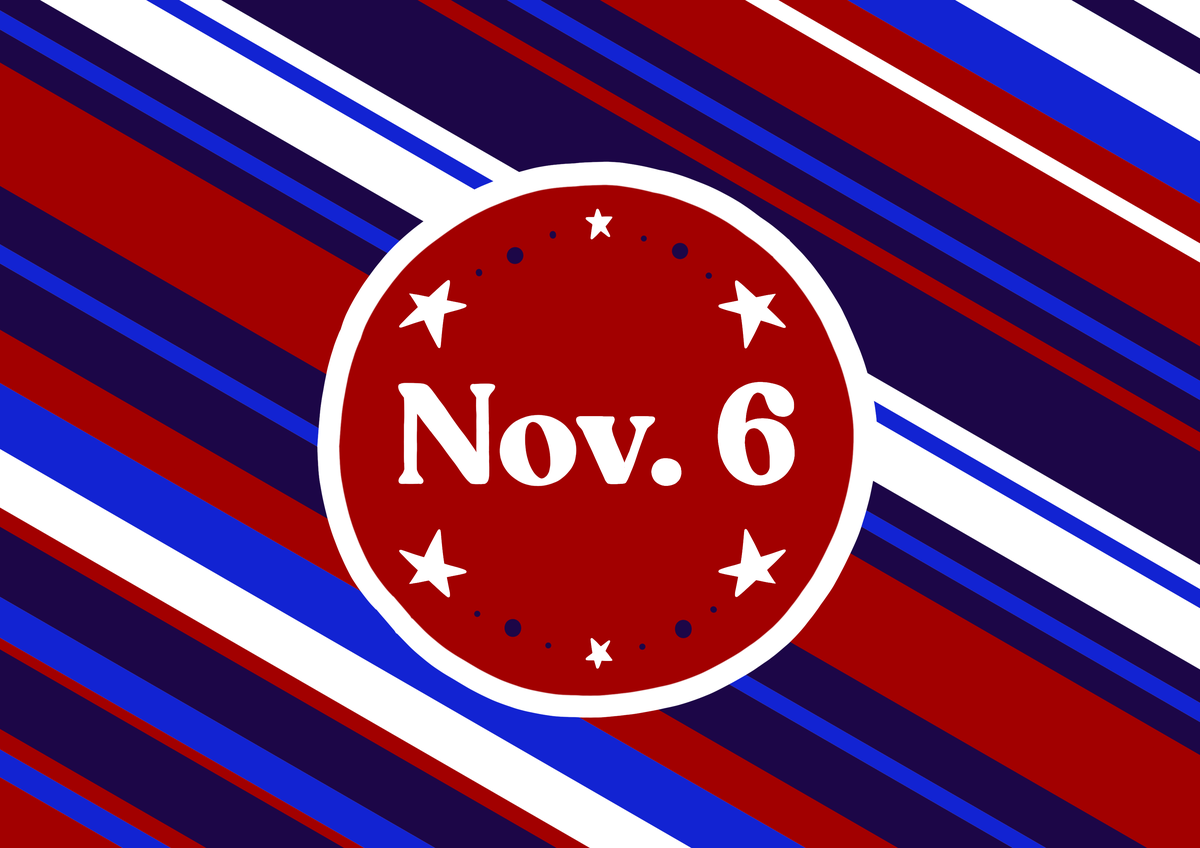 The midterm elections are fast approaching, with only two weeks left until election day on November 6. While midterm elections may not have the glamour of presidential elections, the outcome of this year’s elections will set the stage for the next two decades in politics. Every two years, all 435 seats of the House of Representatives are up for election. But it isn’t only the House that is up: a third of the seats in the Senate are up for grabs and 36 states will also be voting for their governor.

While most people get caught up and are heavily invested in the presidential elections, local governments are the most impactful on your day-to-day life. Everything from how your town, county, and state will handle matters like the distribution of finances, educational reform, public safety, and infrastructure management are up for debate. This election will determine the people who will redraw election districts, which will directly impact if a party will be favored in elections until 2030.

Currently, both the House and Senate are controlled by the Republican party, but this could change as the Democrats need to flip 23 seats in the House and two in the Senate to gain legislative control. This could drastically affect how the rest of President Donald Trump’s term will play out. If Democrats gain control of the Senate, the Republican party would no longer be able to fill judicial seats without bipartisan compromise.

Students who do not have the ability to go back home for election day should prioritize filling out their absentee ballot and sending it out as soon as possible, as there is very little time to do so. With the election two weeks away and most states requiring the ballot be sent a few days before the election, you may have to send in the request, have the ballot sent back, and then send that ballot back to your home state for you vote to be counted.

Services like Vote.org offer a simple, quick way to print out an auto-filled copy of your state’s absentee ballot form, requiring you only to sign and mail it back. The form itself takes about two minutes to complete, and you can send your ballot from the Troy U.S. Post Office at 400 Broadway St with the purchase of an envelope and stamp, for only $1. If you already have an envelope and stamp, then it’s as simple as dropping it in the Commons mailroom.

The importance of this election cannot be understated; if you have found yourself dissatisfied with the work of our legislators, or are happy with what they have been doing and wish to continue seeing those changes, it is your civic duty as an eligible voter to make your voice heard. And while your civic participation shouldn’t stop at voting, this is one, if not the most important, way you can affect change in our government. Go out and vote!

Tech problems at a tech school