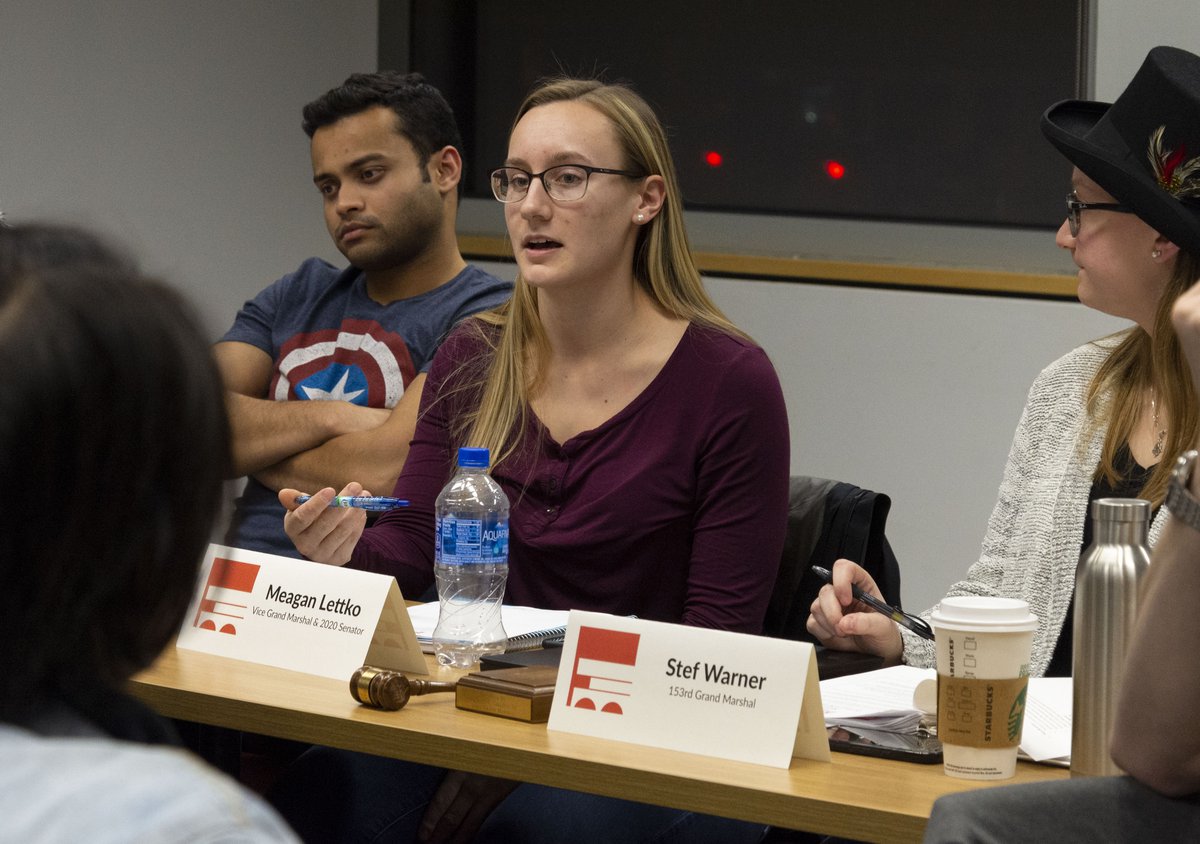 VICE GRAND MARSHAL AND CLASS OF 2020 SENATOR MEAGAN LETTKO SAYS that the Rensselaer community should receive at least an additional two weeks to comment on the Draft Report of the Greek Life Task Force. Brookelyn Parslow/The Polytechnic
By Brookelyn Parslow February 11, 2019

The Greek Life Review Committee extended the deadline for public comment on the Draft Report of the Greek Life Task Force by one week on Friday. The new deadline is February 15 at 5 pm, and comments can be made online.

This was announced in an email from Special Assistant to the President Le Norman J. Strong, who cited requests for an extension from “a number of student leaders, including the Rensselaer Student Senate and several Greek Life officers.”

On February 4, the Senate passed a resolution that thanked the Greek Life Task Force for its presentation to the Senate and for preparing the draft report. It also urged the task force to “grant an extension to the commenting period by at least two weeks so that all members of the RPI community can thoughtfully reflect on the suggestions made.”

Strong also thanked the Rensselaer community for nearly 170 responses, and assured those who sent in documents—instead of filling out the form that was capped at 500 characters—would also be “given the fullest of consideration.”

The Draft Report of the Greek Life Task Force is 46 pages long, and has a separate 135-page appendix. When the report was emailed to the Rensselaer community on January 25, Vice President for Information Services and Technology and Chief Information Officer John E. Kolb ’79 wrote that it is important to read the appendices that “contain information and data that the Task Force reviewed and considered during its deliberations.”

At the time of publication, it is unclear if changes will be made to the report before it is submitted to President Shirley Ann Jackson, and why the Greek Life Review Committee decided on one week as the extension period; The Polytechnic is awaiting comment on these topics from Strong.

Update (February 14): In an email to The Polytechnic, Strong explained that a “complete summary of all responses will be submitted,” but that “because of the vast number of responses and the length of many of them, I do not anticipate that they will be made available to the public.”

The extension of one week was chosen because “while we have an enormous amount of analysis and summary to do given the more than 250 responses that we have received thus far, staff have agreed to provide extra effort in summarizing submissions so that we could allow the additional week.”

“This timing allows us to meet some very important milestones that will allow for an inclusive set of implementation conversations with our Greek Life leadership–student and alumni leaders,” he wrote.